Fights can break out at places we least expect them to — just ask this guy whose detox session was interrupted by a brawling duo.

Teen Just Wants To Poop In Peace, But A Toilet Brawl Crashed Into His Cubicle

Last March, diners at Jalan Kukoh Food Centre were interrupted by an intense brawl involving 3 individuals. Items of all sorts were used during the fight, including trays, chairs, and plates. 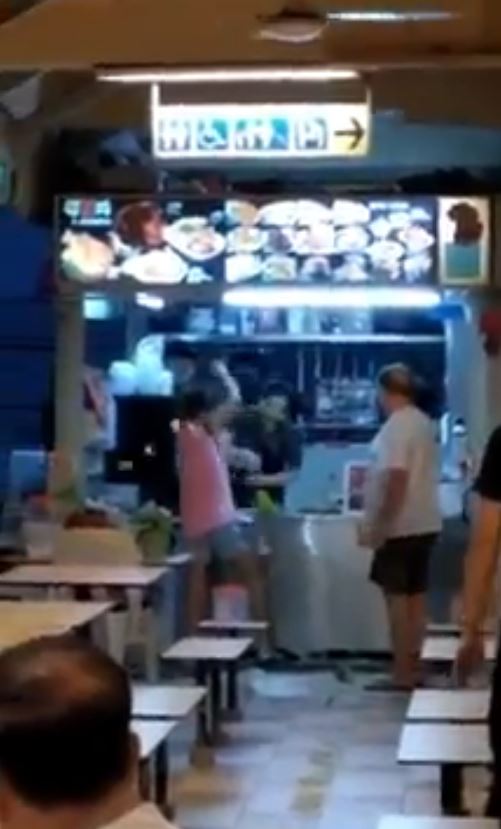 On Wednesday (16 Jun), one of the assailants was fined $3,500 for causing trouble and fighting.

In a 1-minute clip shared by STOMP, 3 individuals are seen in a heated assault outside a hawker stall.

The video starts off with a lady – wearing an apron and standing behind the stall – smashing what appear to be plates on another woman’s head. 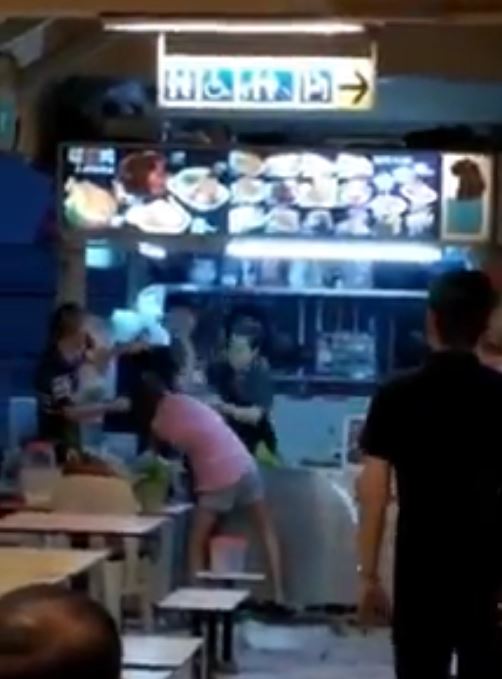 Later, the man standing next to the assaulted lady arms himself with a tray, seemingly to block any incoming projectiles 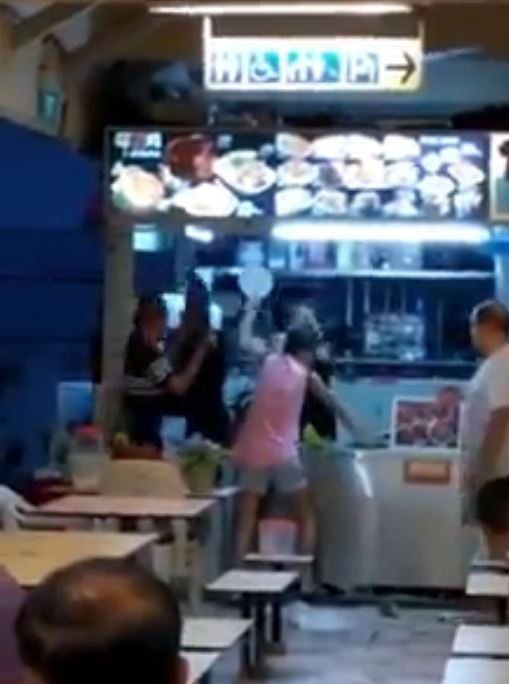 The lady in pink who was earlier attacked then grabs a display sign and hurls it at the woman standing behind the stall. 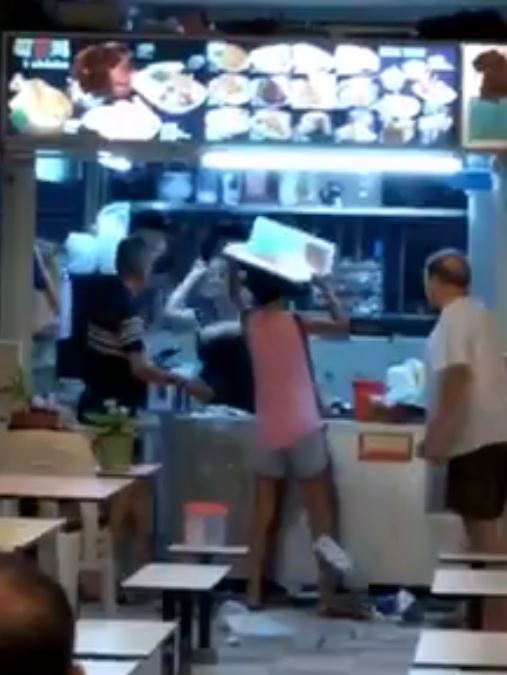 As a male passer-by holds the lady back, the man violently throws a chair at the lady donning the apron, hitting her clean on the shoulders. 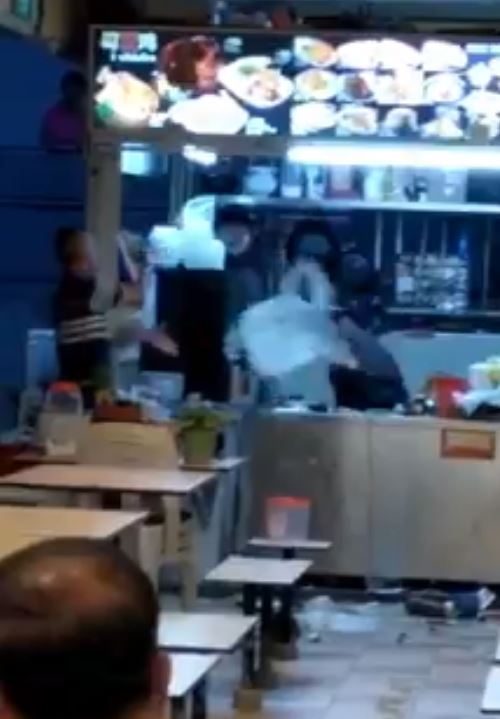 The fight then simmers down, though an exchange of expletives can still be heard.

According to Lianhe Wanbao, Ms Wu, the Western stallholder who was wearing the apron, was displeased with a lorry driver for parking his vehicle near the stall.

The vehicle’s engine apparently wasn’t turned off and the exhaust fumes caused the 47-year-old to have breathing difficulties.

At Ms Wu’s request, the lorry driver reportedly proceeded to turn off the engine.

Upon doing so, however, he lit a cigarette which again prevented Ms Wu from breathing properly.

As the driver walked away, Ms Wu allegedly shouted “新加坡人有‘seh’啊”, which roughly translates to, “Do Singaporeans think they’re so big?”

Upon seeing the altercation, the man in the video – Mr Wang – reportedly accused Ms Wu of being rude.

Soon after, Mr Wang and his ex-wife Ms Chen, who was drinking there, started confronting the stallholder and a full-fledged brawl soon erupted.

At one point throughout the fight, Ms Chen suffered cuts on her head, thighs, and arms after Ms Wu allegedly smashed plates on her. Meanwhile, Mr Wang reportedly suffered similar lacerations on his body while Ms Wu had swellings on the side of her body. 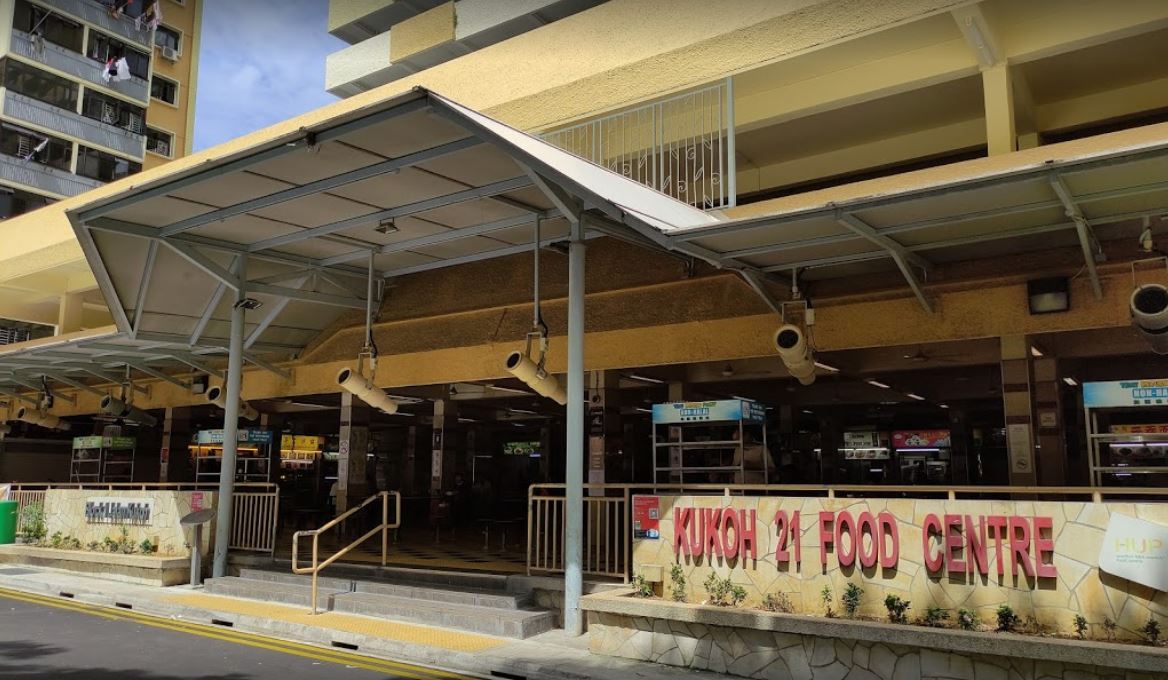 Attempting to mitigate her sentence, the 53-year-old claimed she’s currently unemployed and. She is also looking after a schoolgoing son and her ex-husband, who apparently suffers from memory issues.

She reportedly expressed regret over her actions.

Mr Wang and Ms Wu’s cases will be heard on a separate date.

It’s rather unpleasant seeing 3 adults having such a violent brawl in a public space.

No matter the events leading up to the fight, one should never turn to violence to resolve problems.

We hope Ms Chen, as well as the pair who will be charged at a later time, will learn from their mistakes and never repeat them in the future.

We also hope their injuries aren’t too serious and that they’ve since made a full recovery.