Teen Just Wants To Poop In Peace, But A Toilet Brawl Crashed Into His Cubicle 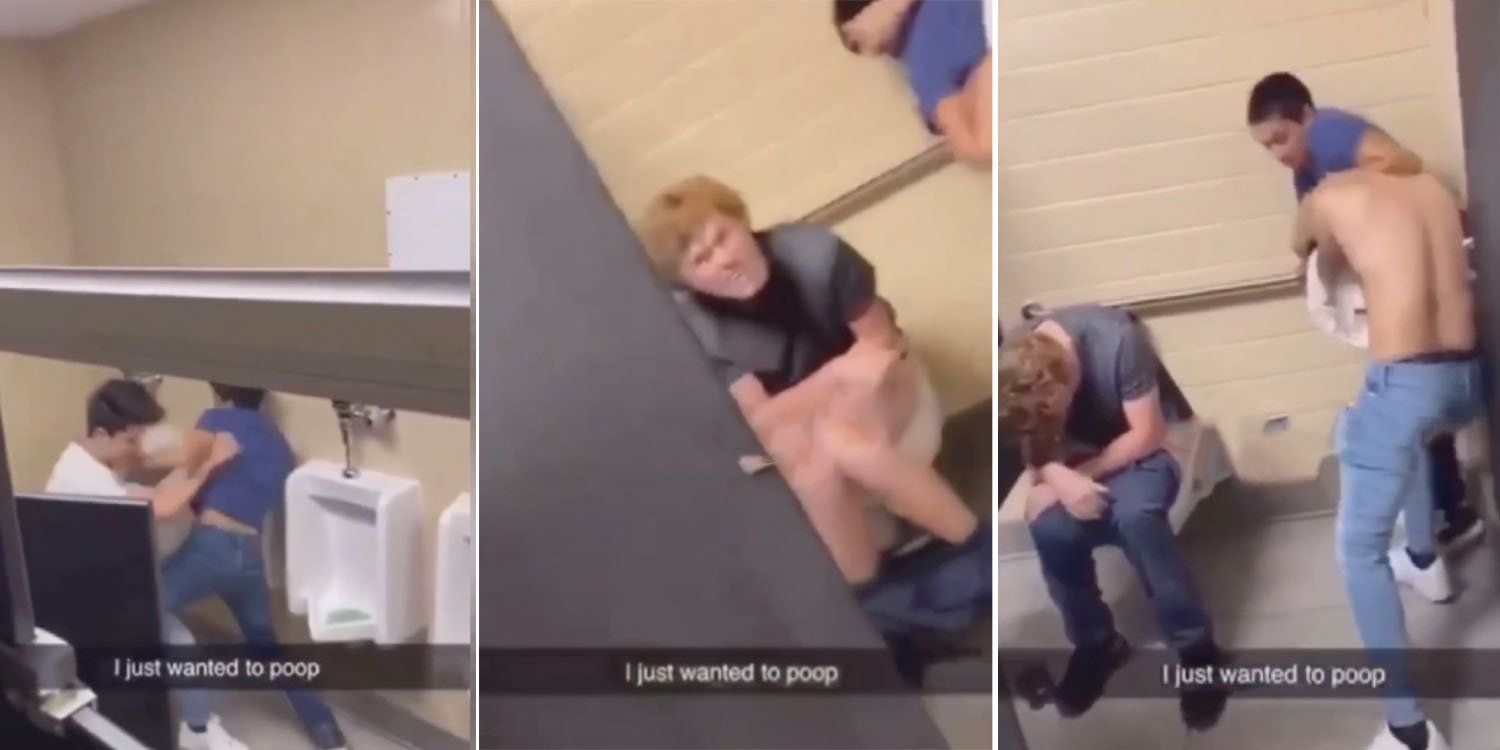 They simply continued fighting despite the crash.

Toilet Brawl Crashes Into Cubicle When Teen Was Taking A Poop

Having to take a poop when you’re out in public can be somewhat inconvenient, especially if the toilet’s conditions aren’t conducive enough.

Who doesn’t prefer clean, quiet toilets to do a ‘number two’ in anyway?

Unfortunately for one teenager, cleanliness was far from his biggest worries when he had to pass motion. Little did he know, a brawl would take place right outside his cubicle.

They even came crashing through his door when he was just innocently minding his own ‘business’.

Even so, the 2 brawlers were so invested in their fight that they simply continued, leaving the other poor guy to wonder how he was going to poop in peace now.

It’s not known where the incident had taken place, but it was going viral on a Thai Facebook page last night.

The viral video initially uploaded on Facebook, captioned ‘I just wanted to poop’, it showed someone in a cubicle filming a tussle between 2 teenage boys in a toilet. 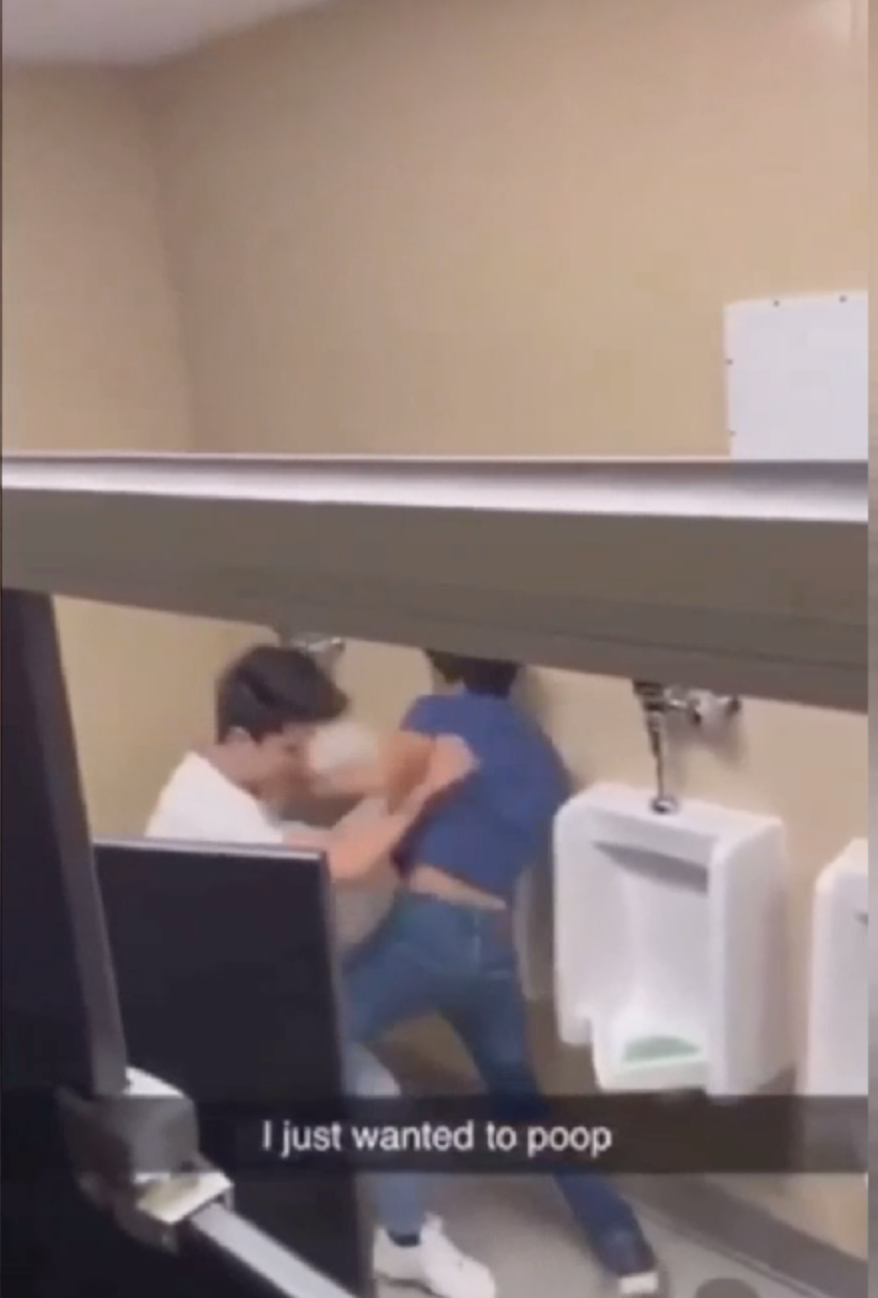 They were going hard and heavy on each other as they rained punches and hooks wherever they saw an opening. 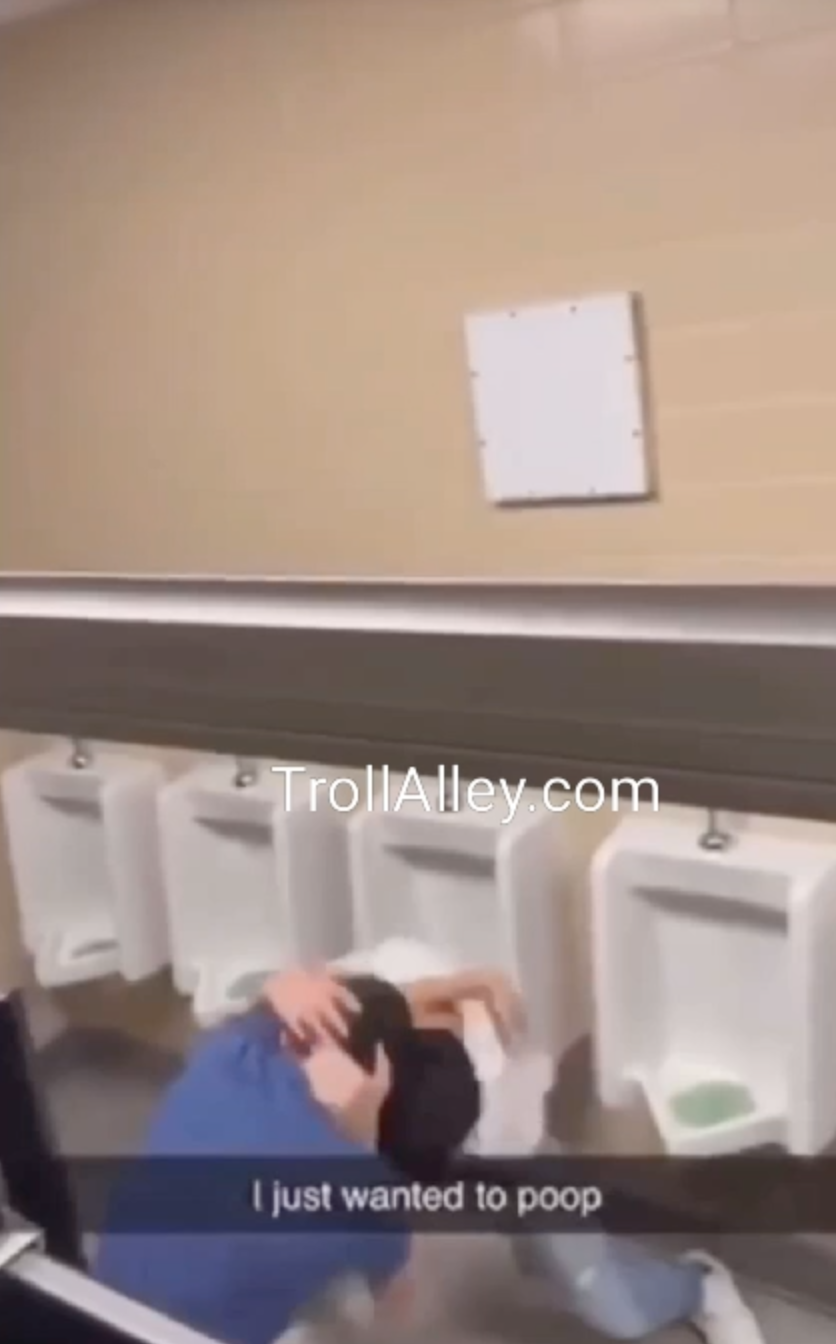 There were a couple of students who were watching and filming the bizarre scene. But no one knew how committed the fighters were to their uppercuts. 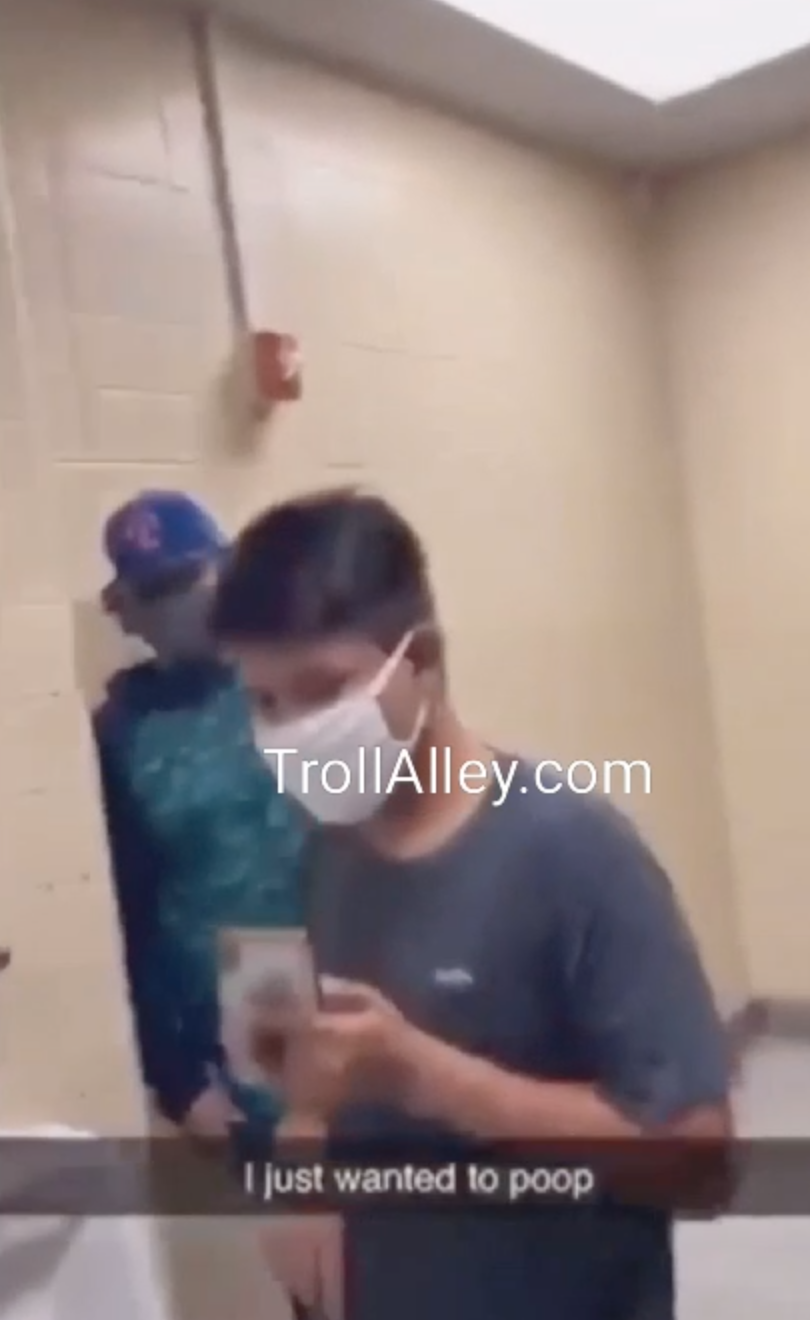 As they fought, they crashed against the door of the handicapped cubicle at the end of the toilet and simply continued their fight inside the stall. That’s not the issue. There was a teenage boy on the toilet bowl taking a poop when his peace was disrupted. 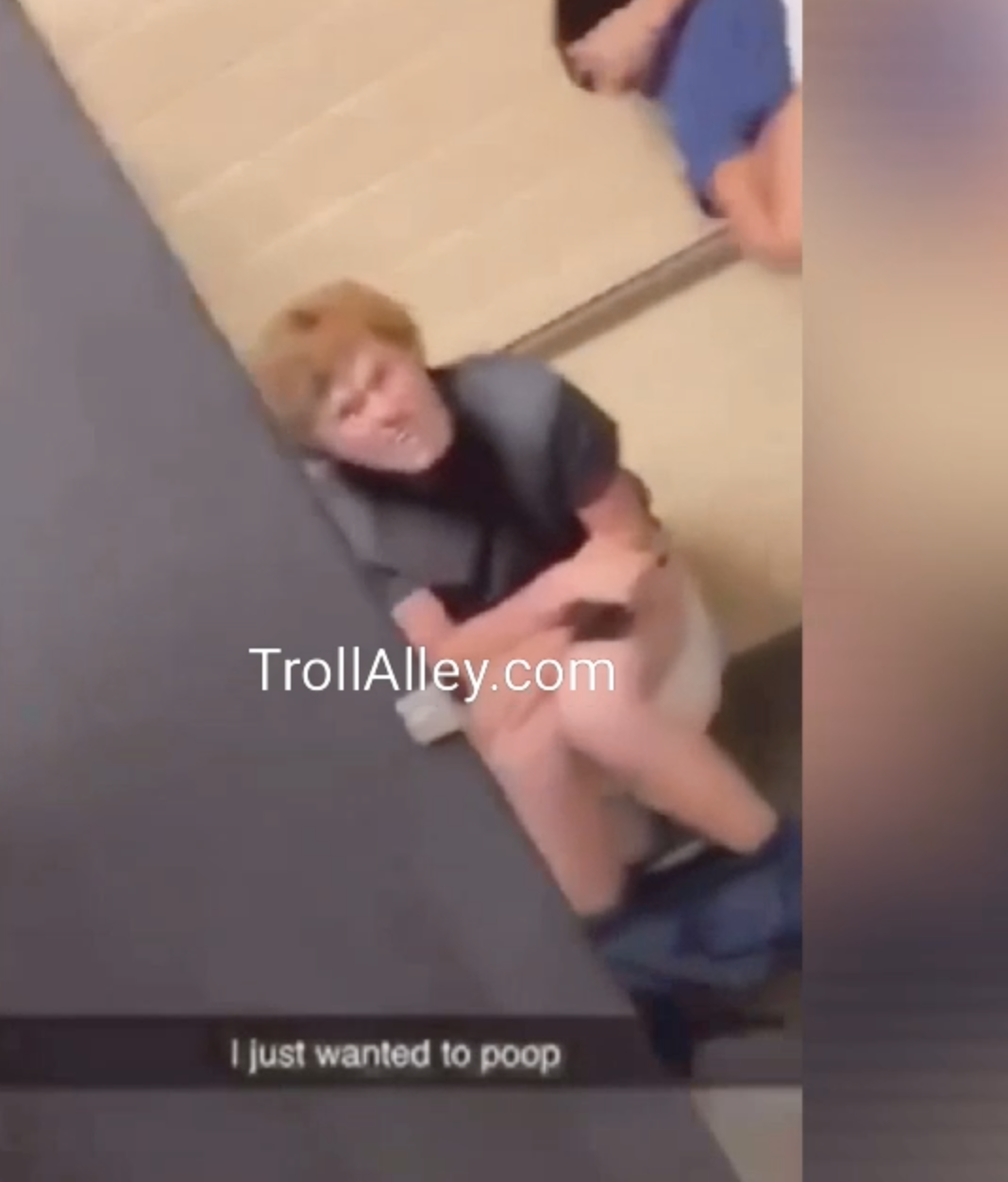 He was simply minding his own ‘business’, why couldn’t these 2 mind theirs somewhere else?

The poor boy was both speechless and helpless, as he simply kept his head down as if to avoid accidentally getting hit by the other 2. 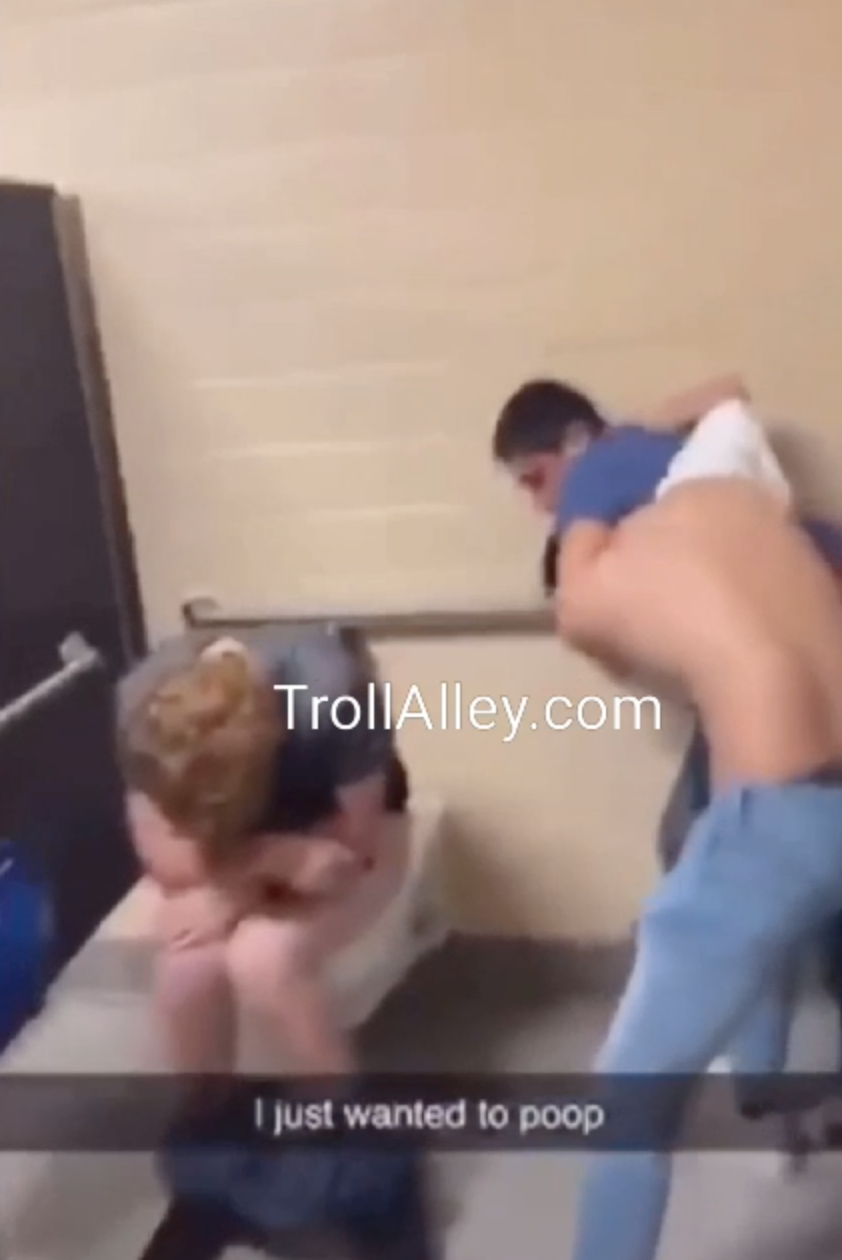 After a while, he pulls his jeans up to his thighs, and continues to sit there. It looks like he couldn’t stop his ‘business’ despite the situation. 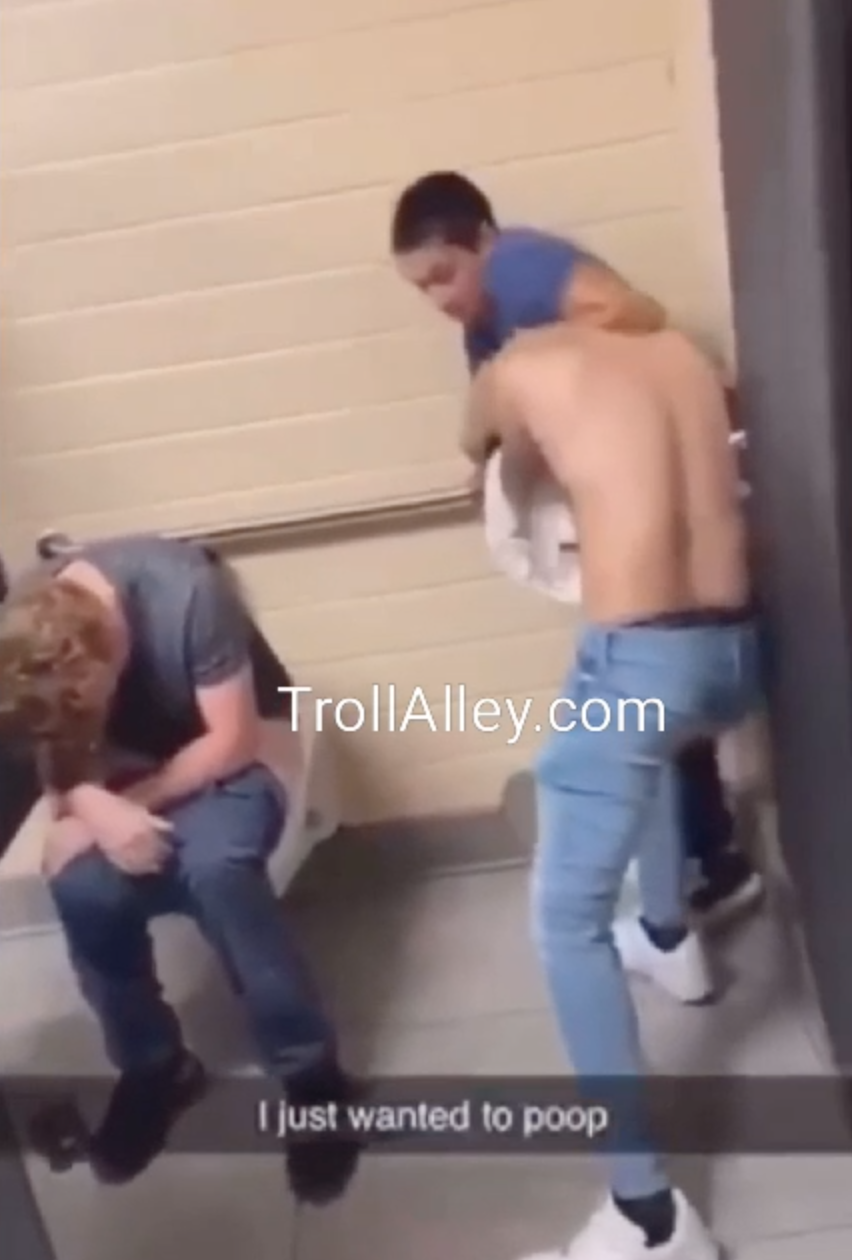 Shitty situation to be in

It must have been such a pretty bizarre and shitty situation to be caught in, especially when you’re answering nature’s call.

For whatever reason the 2 teens were fighting over, we hope that they eventually learnt of the other teen’s predicament and left him to poop in peace.

We sure hope he made it out all right.