He says he has the right to speak.

YouTuber Rishi Gets Sued For Defamation & Crowdfunds For Legal Fees

When it comes to social media sites, ads about e-commerce marketing and get-rich-fast programmes are commonly broadcasted.

One YouTuber, who goes by the name Rishi, has expressed his stance against these “gurus” by alleging that they are scams in a recent video. 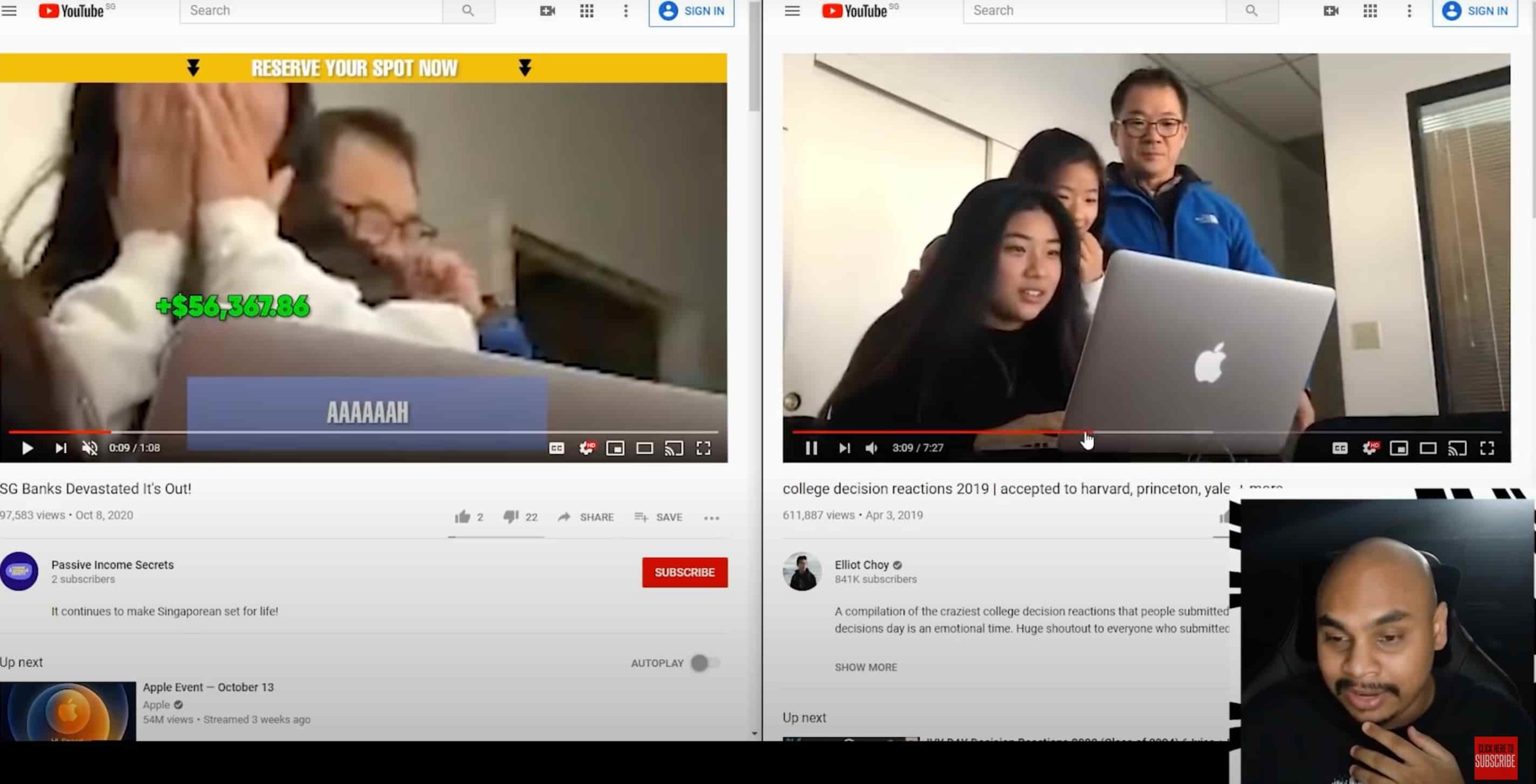 In his video called ‘Exposing Singapore Marketing Gurus’ uploaded on 13 Oct – which has since been removed – one of the “gurus” he called out was Leap Vista, a start-up providing online marketing services.

On 6 Nov, the firm served Rishi a cease-and-desist order and accused him of defamation. 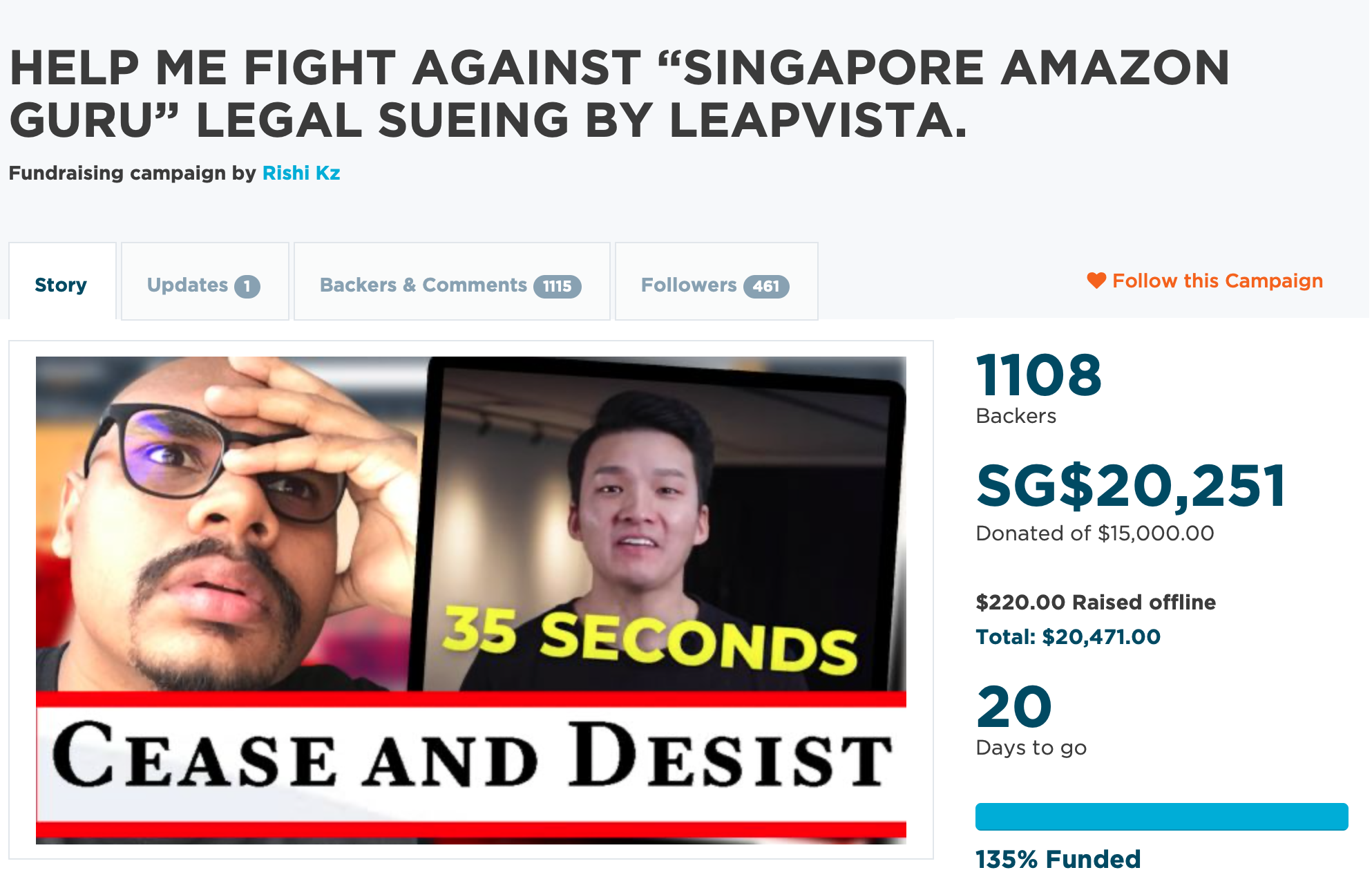 On Fri (13 Nov), Rishi took to Facebook to share that he had been served a legal letter by Leap Vista’s lawyer. He made a YouTube video about this development as well. But both have since been taken down.

On the GoGetFunding page, Rishi expressed puzzlement because Benjamin Tan – lead trainer at Leap Vista – commented on the video in jest. 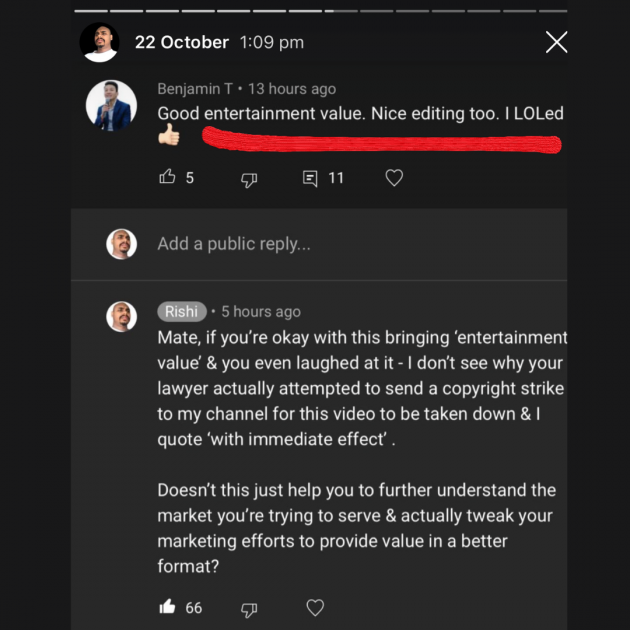 In response to the letter, Rishi therefore asked why his lawyer ordered him to remove the video with immediate effect if Mr Tan seemed okay with the video. 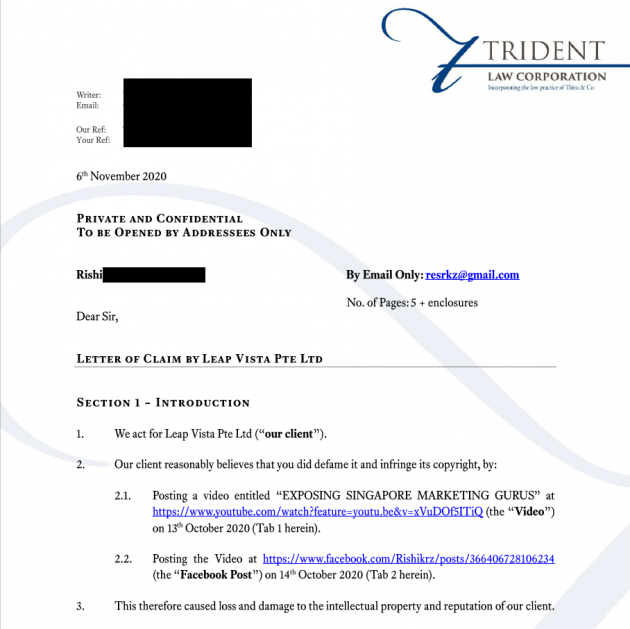 He insisted that he made the video to spark discourse among the public on their experiences with such “gurus” on social media platforms.

Rishi believes that everyone has the right to speak openly about social issues without the fear of getting sued.

Therefore, he declared that he doesn’t plan to comply with the order and will fight this case legally.

To raise funds for legal proceedings, he created a crowdfunding page on GoGetFunding on Thurs (12 Nov).

Within 48 hours, he shared that more than 1,000 supporters have backed him up financially.

Rishi expressed his gratitude to these supporters from the bottom of his heart.

He asserts that this happened because the public stands with him in the fight for freedom of speech and feels the issue needs to be addressed publicly.

Leap Vista says they will not be bullied

In response to Rishi’s post about the legal letter, Leap Vista posted a statement on their Facebook on Mon (16 Nov). The company said they will stand up against online bullies and abusers to protect their image and reputation.

The statement further claims that Rishi has never attended any of their sessions or reached out to them to verify claims before posting the YouTube video.

In ending, Leap Vista declares that they intend to pursue all due legal processes in Singapore to protect what its company has built.

The burden of proof is on this individual and we look forward to our day in court where he will have to back up his allegations with evidence.

However, a screenshot shared on Rishi’s GoGetFunding page showed his DM to Mr Tan on 8 Oct, inviting him to be a guest in the video since Leap Vista was the topic of discussion. 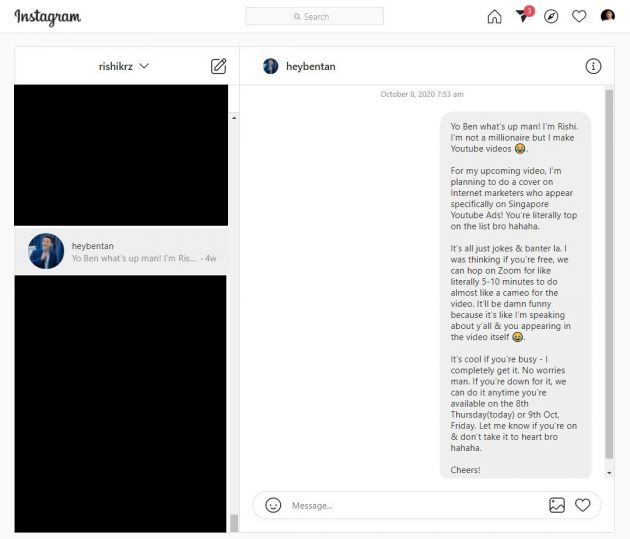 Hope the issue can be resolved amicably

No one expected a video addressing a rising cultural trend to lead to so many complications.

Both parties are entitled to their legal rights in defend themselves.

We hope both parties will be able to resolve the matter amicably, instead of taking the matter to court.