She was thankfully discharged from hospital on the same day.

When we are outside, it is good to be extra careful even if the environment seems safe or if we are performing a seemingly innocuous action.

Recently, as one elderly woman was turning to her left and declining a drink at a Eunos kopitiam, her body fell over backwards, and she hit her head hard on a table.

Her head started bleeding profusely and she was taken to a hospital where she received 3 stitches. 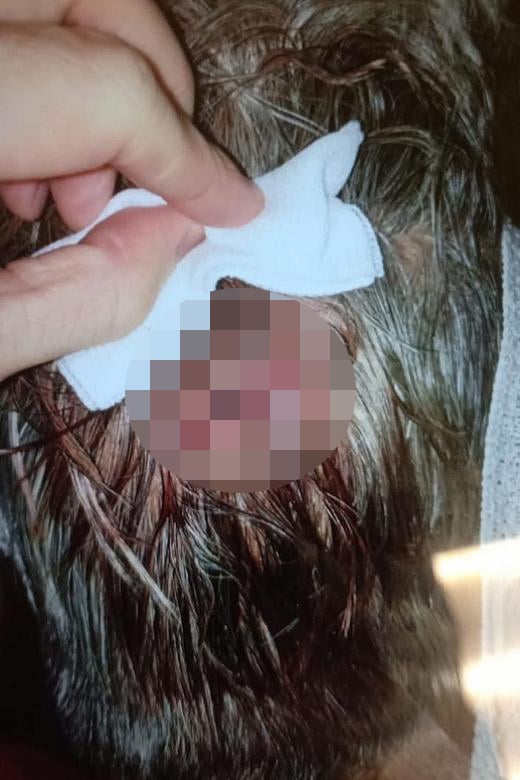 Lost balance while sitting on a bench

According to The New Paper (TNP), the 68-year-old was lepaking at a Eunos Crescent kopitiam with a friend on Monday (16 Nov) morning.

When her 70-year-old friend went to order coffee, she asked if her younger companion wanted a cup too.

The 68-year-old turned to her left where her friend was and declined the offer.

At this point, she allegedly lost her balance and fell backwards from a bench she was sitting on.

The elderly lady’s head reportedly hit the table behind her and started bleeding profusely. Her friend rushed to exert pressure on the 5cm open wound with tissue papers while waiting for paramedics to arrive. 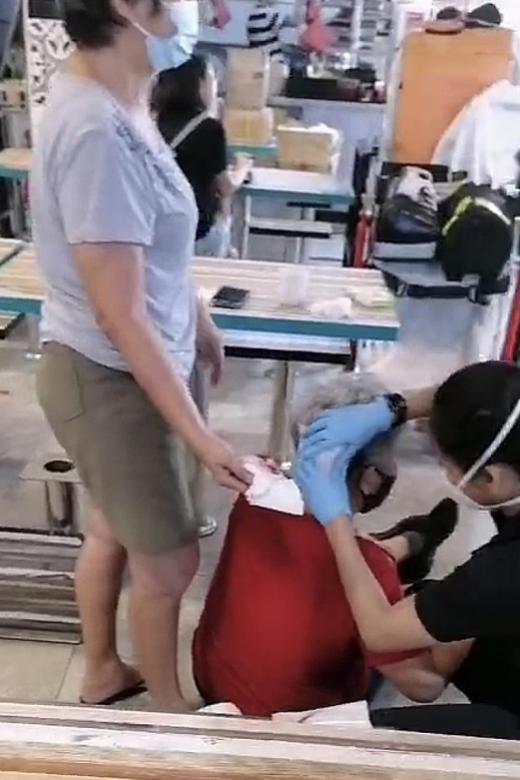 When Singapore Civil Defence Force (SCDF) officers arrived at about 10.15am, they tended to the elderly lady before conveying her to Changi General Hospital.

There, she received 3 stitches for the wound and left the hospital at around 2pm when she was deemed well.

Despite the horrific fall, the lady said at one point,

I was not scared when I fell because I fall often and when that happens, I will see a doctor.

Speaking to TNP, the manager of the coffee shop said he plans to get in touch with the victim to discuss the matter of compensation.

The 40-year-old added that the benches were only 10 months old and the coffee shop was refurbished last February.

To prevent such accidents from occurring in the future, Mr Chong said they “will be more strict in checking the work done by the contractors to make sure it is safe”.

A big gash on the head is worrisome, especially when it happens to someone of considerable age.

We are glad the elderly lady did not suffer any serious injuries and hope she will make a full recovery soon.