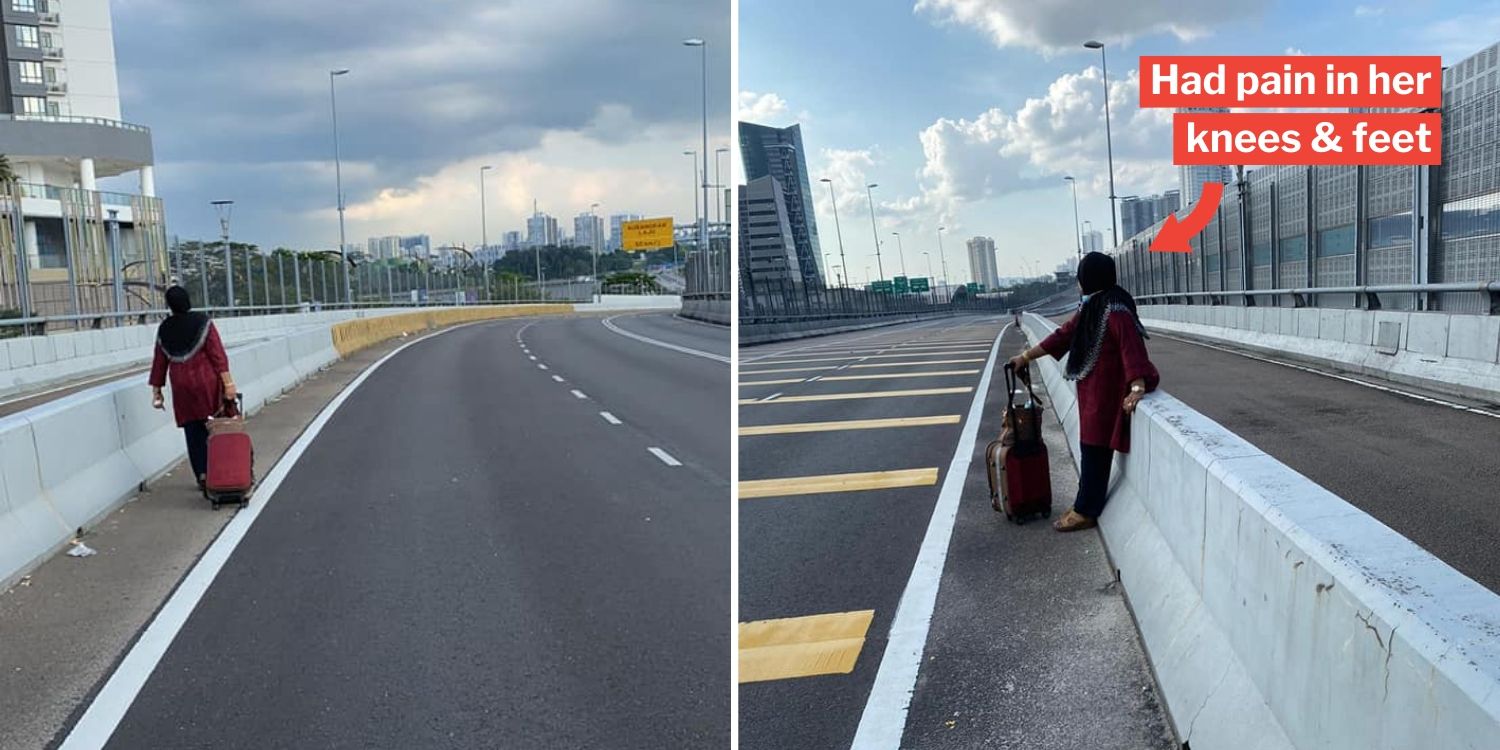 One of many who made the same sacrifice.

Malaysia’s Movement Control Order (MCO) saw hundreds of people scrambling to make their way to Singapore for work or to reunite with family.

Among the mass exodus was a 66-year-old lady who walked all the way from Johor Bahru (JB) to Singapore to evade the lockdown of sorts. 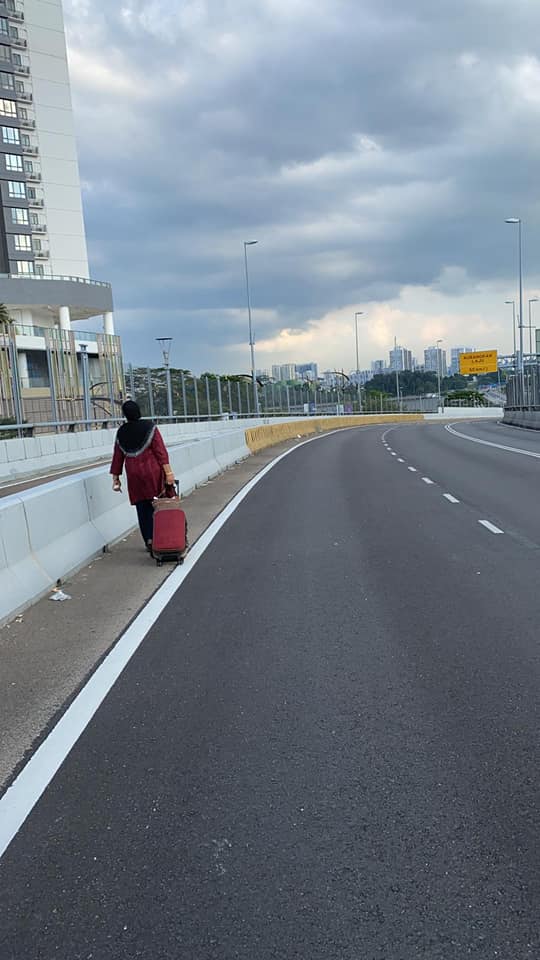 Making the sacrifice to be by her sick husband’s side, she fought against her aching knees and feet to complete the 4-hour journey.

He explained the circumstances surrounding her situation in detail in the lengthy post. Here’s a rough translation of what he shared, we also break it down for you after the jump.

Had to walk from JB as transport not available during lockdown

According to Mr Herman, his mother had been at his JB home 2 weeks before the MCO to help care for his 3-month-old baby while his wife was undergoing surgery.

Once authorities announced the MCO, she had to rush back to Singapore as her 80-year-old husband was unwell.

Usually, Mr Herman would arrange for transport back, or send her home himself. However, as no public transportation was available at the last minute and no Malaysian vehicles could enter Singapore, she had no choice but to walk.

Insisted on rushing home even though she didn’t have to

Mr Herman added that he informed his mother of the inconvenience, but she insisted on going ahead.

Her worry over her husband motivated her to make the trip home, despite her son saying that her best chance of returning would likely be in mid-April, when the MCO ends.

Even her husband’s assurance that he would be fine didn’t deter her.

Armed with her bags and her 20-year-old grandchild as company, she made the long walk home. 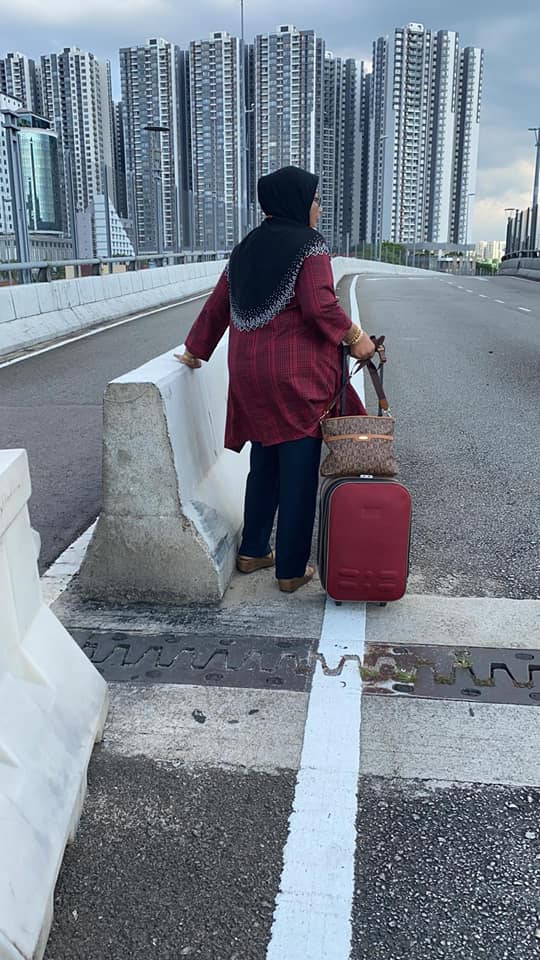 It was her grandchild who helped to carry her other bags and updated Mr Herman throughout their entire journey.

Received help from kind souls along the way

Of course, she didn’t walk all the way from Mr Herman’s home to the JB customs, past Singapore immigration and back to her home here.

Mr Herman had called up a taxi driver friend to send his mother and niece to the JB Customs, Immigration and Quarantine (CIQ) complex.

Once the pair passed the customs there, they only had to walk across the Causeway from JB to Singapore.

It wasn’t an easy feat for the 66-year-old, who was experiencing pain in her knees and feet. She had to stop every few minutes or so for a short break. 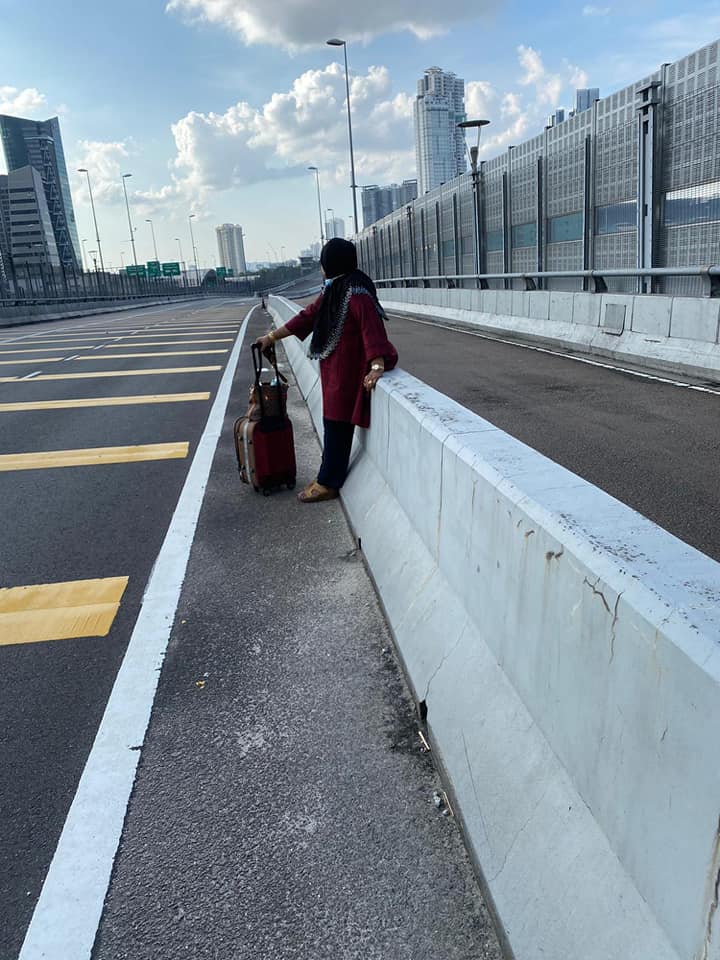 Her anxious son also called once in a while to check in on her throughout her journey.

After more than an hour, she finally arrived at the Singapore checkpoint. There, 2 workers from the Immigration and Checkpoints Authority (ICA) obtained a wheelchair and helped to push her to the immigration office.

In the office, she observed many others in similar, if not tougher situations than her.

Mothers had young children in tow, and others much older than her also had to walk a long way from JB to Singapore.

Thankfully, they all most likely received proper care and assistance from ICA officers.

After settling passport and Stay-Home Notice (SHN) matters, the same officers came along to wheel her to the taxi stand and waited till a taxi arrived to pick her up.

A stark example of Covid-19 effects on people

While her story is a moving one, Mr Herman simply sees it as a strong reminder of his mother’s sacrifice.

For the rest of us who are mere observers, the sight of her and many others making similar sacrifices amidst the Covid-19 pandemic is a stark example of how serious the situation is. 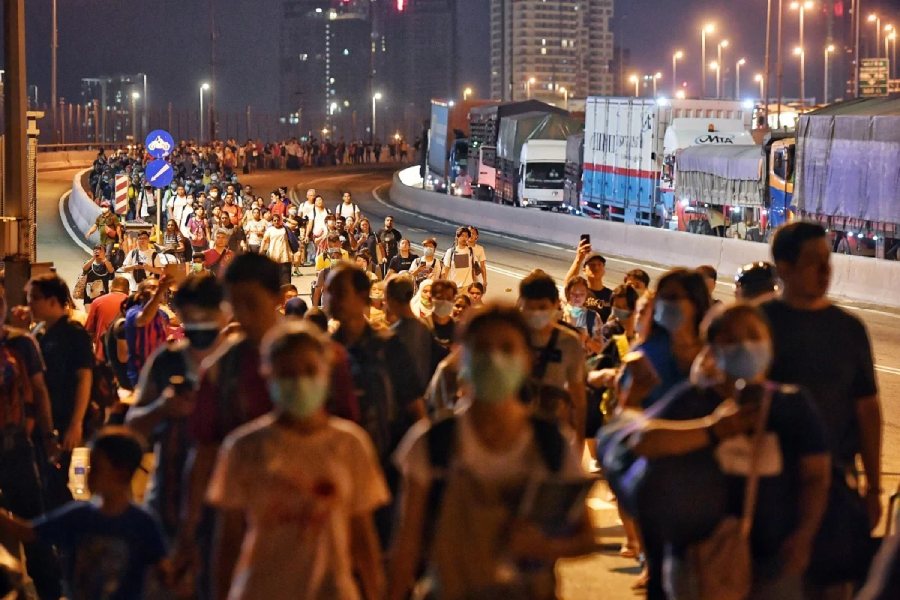 We may not have to go through such challenges, but we can play our part by adhering to government advisories.

So let’s do the little bit that we can to make everyone else’s sacrifices worth it.