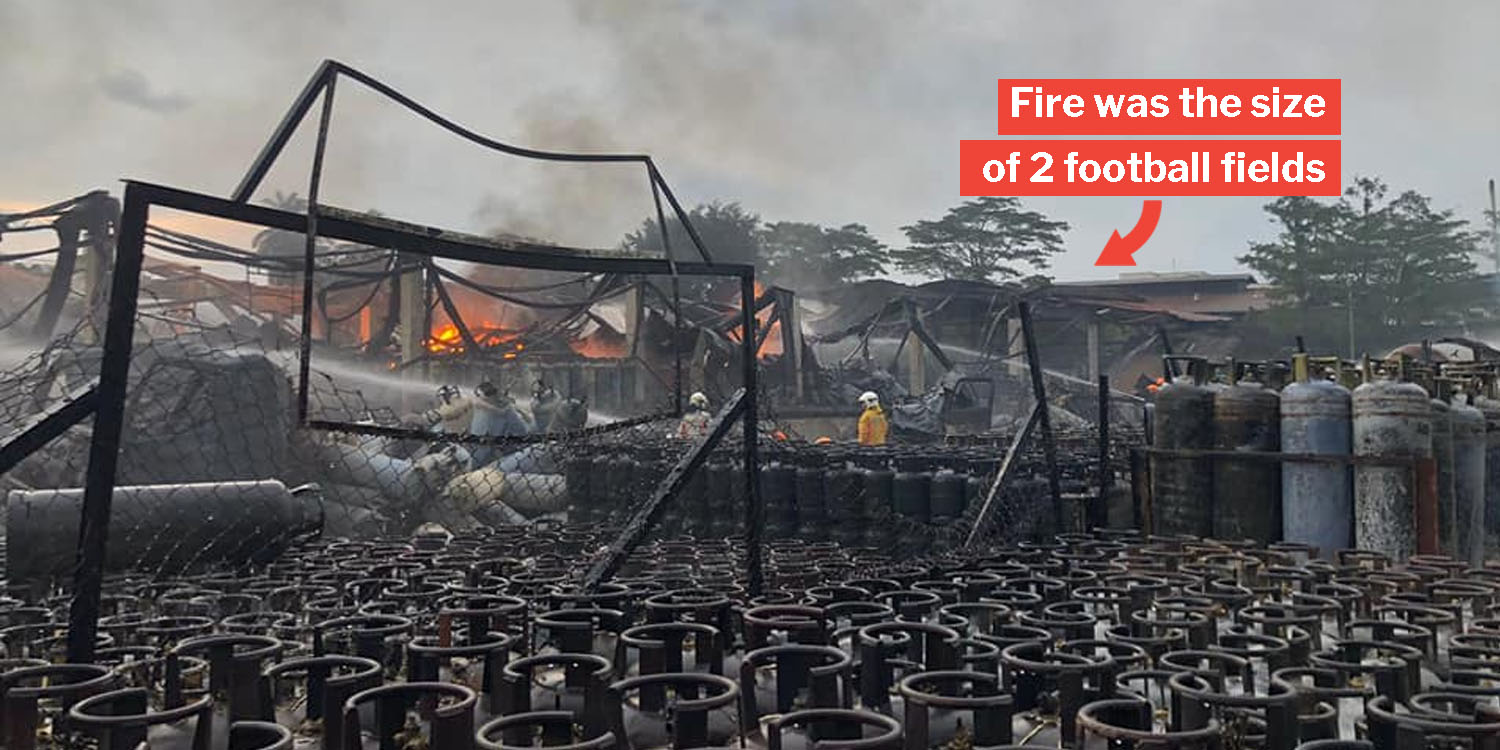 A massive fire that broke out at a Liquified Petroleum Gas (LPG) facility in Jurong on Friday (20 Jun) was possibly the largest we’ve seen so far this year.

120 firefighters from the Singapore Civil Defence Force (SCDF) worked through the night to put it out but sadly couldn’t save a life in time. 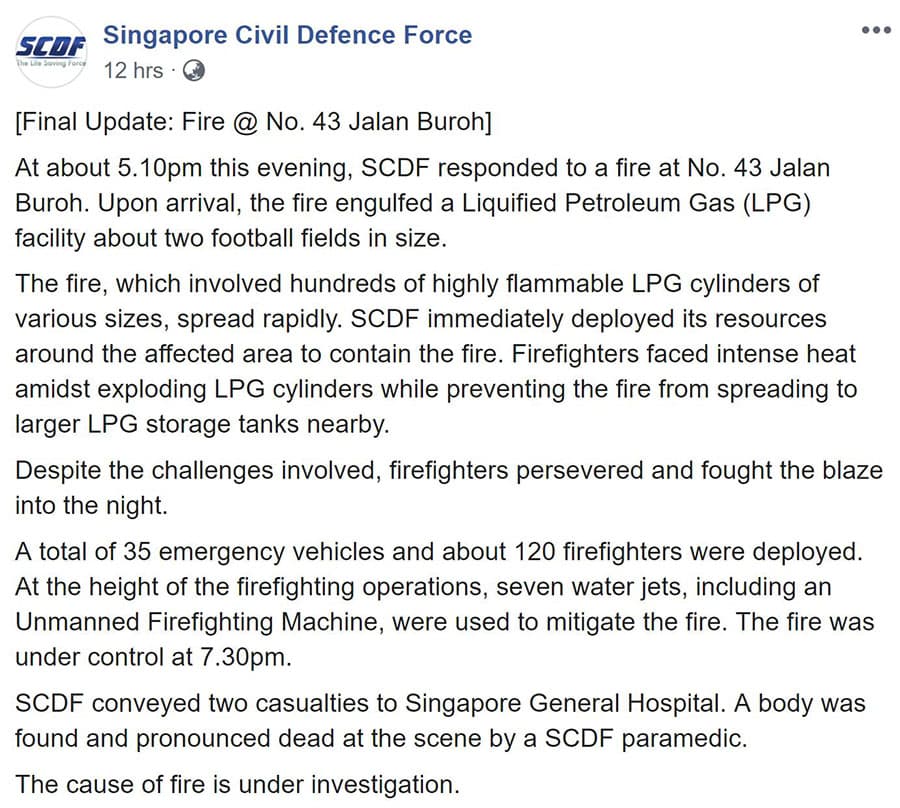 2 others who were injured are currently receiving treatment at Singapore General Hospital (SGH).

Jurong fire spread quickly due to hundreds of LPG cylinders

Upon arriving at the location at around 5.10pm, the SCDF had to work quickly to contain the fire due to the highly dangerous environment.

The flames had already consumed “hundreds of highly flammable LPG cylinders”, and there were many more in the immediate vicinity. 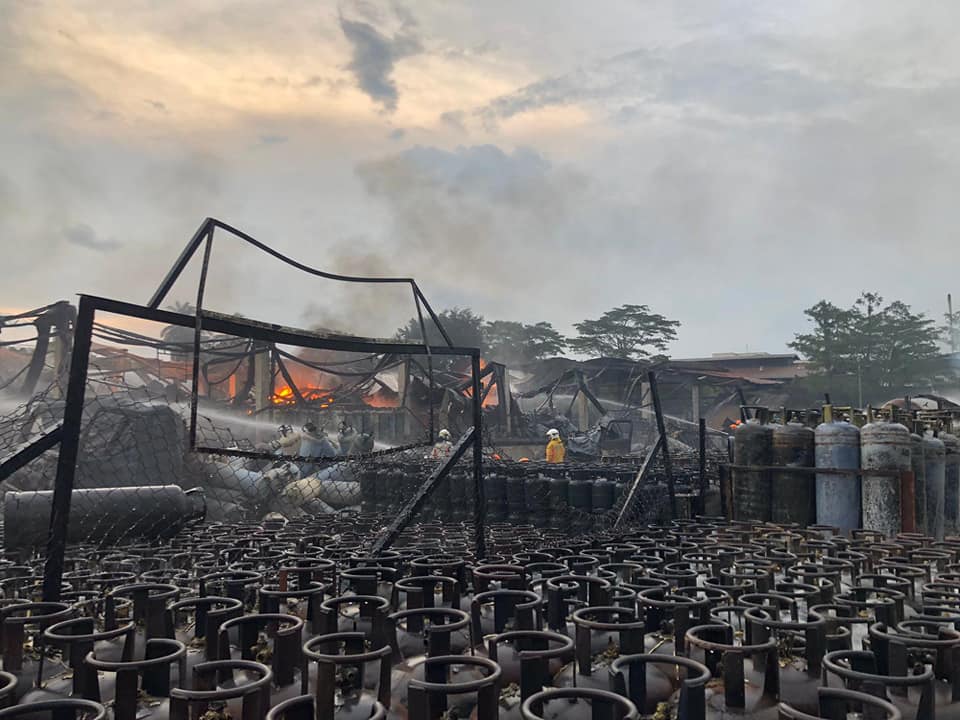 Despite having to battle the blistering heat and exploding gas cylinders, the firefighters forged on and worked into the night. 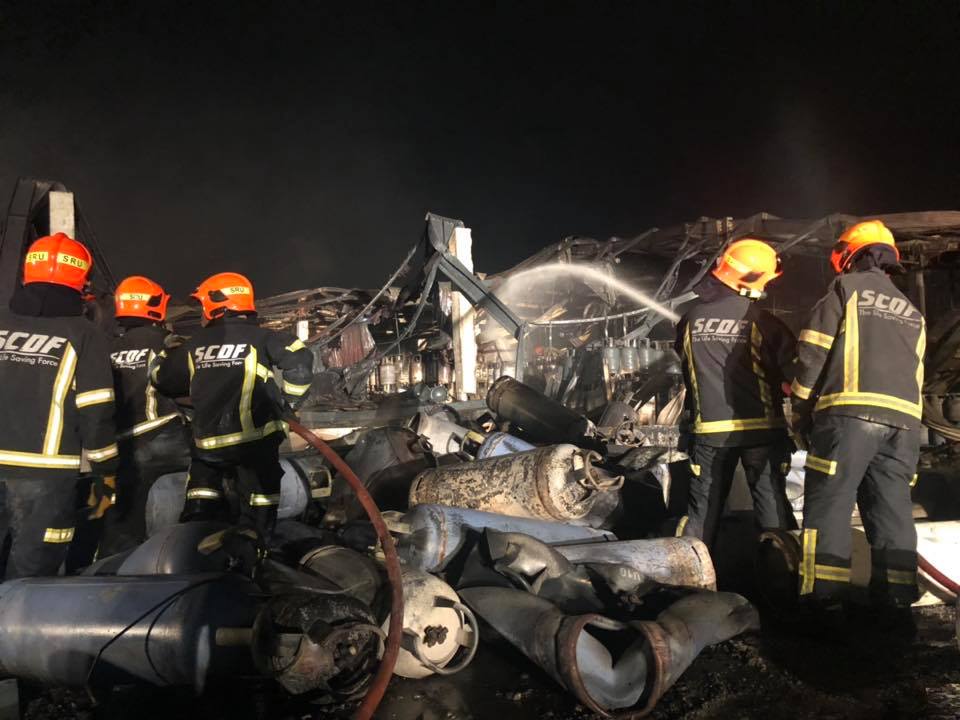 More than 2 hours passed before they finally got the fire under control, at about 7.30pm.

2 injured, 1 found dead at the scene

Unfortunately, the fire sustained 3 casualties in spite of the SCDF’s heroic efforts.

A 43-year-old man was pronounced dead at the scene by a paramedic, while 2 other men were taken to SGH for treatment of serious burn injuries.

One may be discharged today (22 Jun), while the other is in a high dependency ward, according to a report by The Straits Times.

SCDF stated that “the cause of fire is under investigation”.

Swift & efficient response from the SCDF

The SCDF acted swiftly upon receiving the call, sparing no manpower to tackle the blaze. In total, they engaged:

As a result of their relentless efforts, they managed to contain the fire and extinguish it without causing any further damage.

The casualties were unfortunate, but accidents are sometimes unavoidable in such high-risk situations. 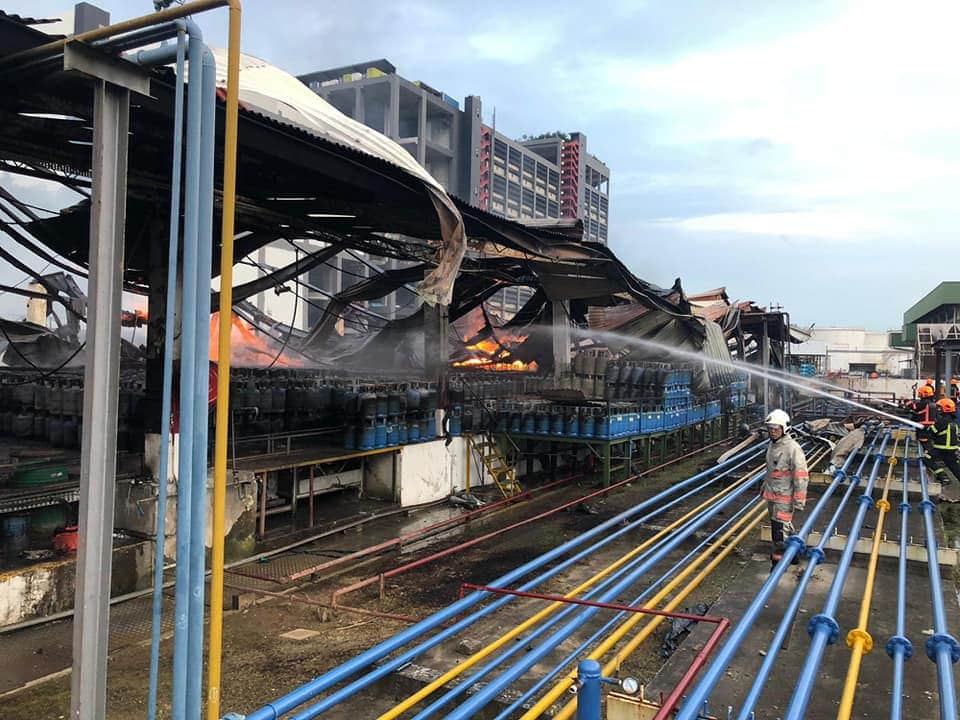 We should commend the firefighters for their bravery and dedication towards keeping us safe. They have proven their reliability time and again, and we are immensely grateful for that.

Thank you, SCDF. MS News extends our condolences to the victim’s family. 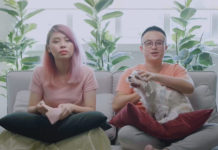