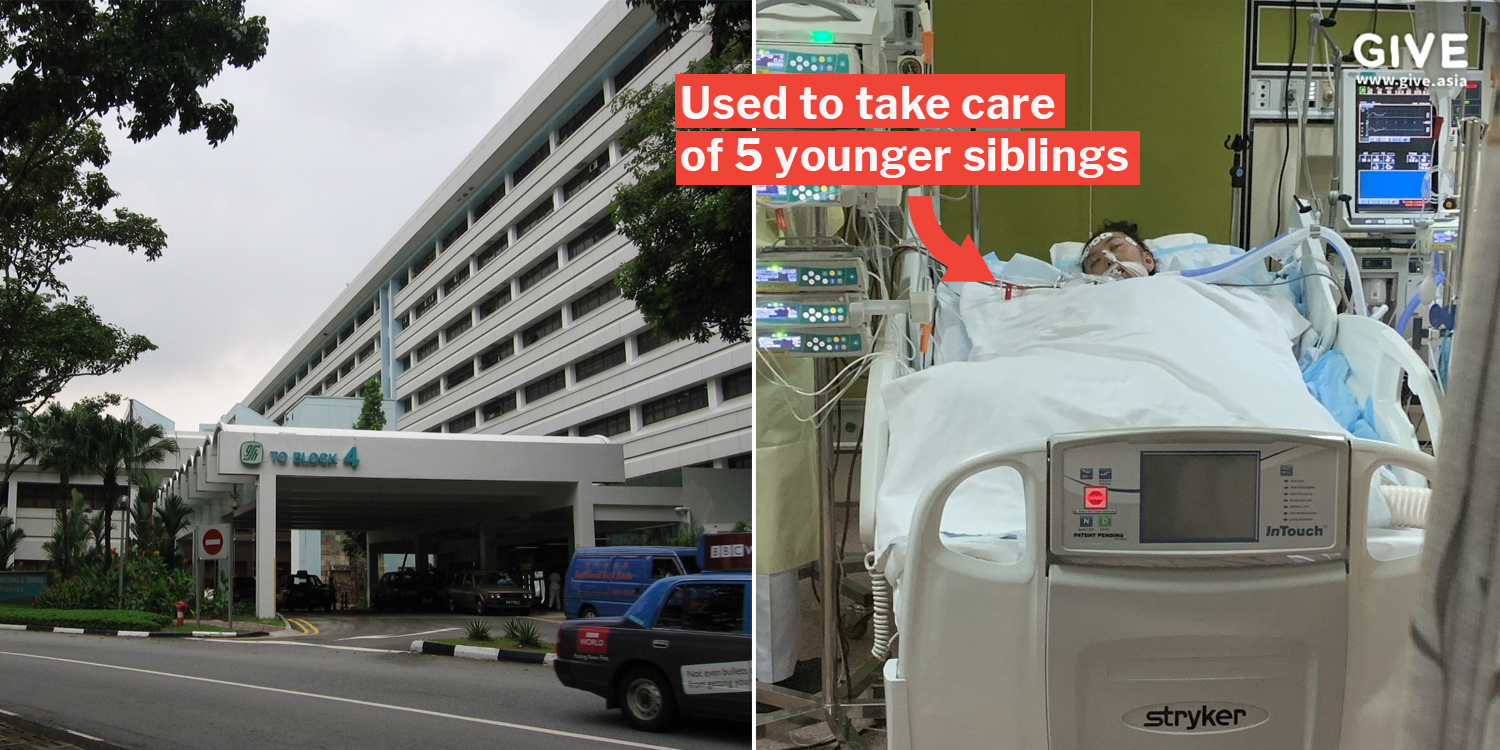 Life is tough. But there’s always someone in a worse situation than you.

One such person is a young Malaysian girl, Jing Yi, who is currently critically ill and warded at Singapore General Hospital (SGH).

Eldest of 6 children, she had to take care of her siblings as her parents were rarely around. However, this came to an abrupt stop when she was diagnosed with Acute Myeloid Leukemia (AML), or blood cancer. 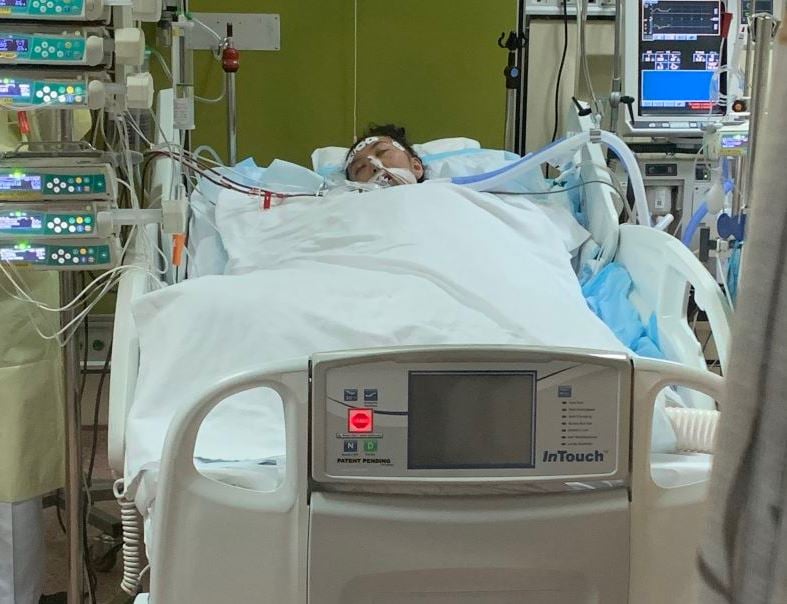 Due to medical complications, she was moved from a hospital in Malaysia to SGH. But the cost for her treatment is much more than the family can afford. And they are now appealing to the public through Give.Asia for help.

Jing Yi was a model elder sister to her 5 siblings.

Other than always remaining helpful to set an example for her siblings, she was also a mother figure to all of them.

She changed diapers, cooked, taught, and fetched her siblings from school. She did all these while working to give her siblings pocket money.

However, she could not continue doing so after being diagnosed with AML in Malaysia.

Initially, doctors used chemotherapy to treat her. However, chemotherapy weakened her immune system which led to severe infections that left her bed-bound.

While trying to figure out the root of the infection, doctors administered many types of antibiotics but to no avail. As time passed, her organs started showing signs of failing — possibly caused by bacterial infections and the stress put on her body by the high doses of antibiotics.

With no options left, she was moved to SGH.

Upon reaching Singapore, the doctors found that several of her vital organs were badly damaged, with liver very near the point of failure.

To keep her alive, Jing Yi was sedated and put on a life-support breathing apparatus.

However, hospitals bills have been stacking up.

Singapore’s hospitals may be one of the best in the world, but it’s also expensive. Doctors estimated the treatment fees to be between $300,000-$400,000.

Online campaign to help her out

To help her out, Give.Asia started an online campaign to raise funds for her hospital bills. 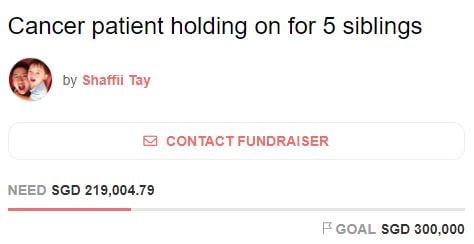 Thanks to the donations, she is able to get a second chance at life. Yesterday (22 May), doctors say that there are signs of progress. They plan to stop one of the antibiotics she is on now as her vital statistics have stayed “satisfactory”.

However, she still remains in critical condition and still requires a breathing apparatus.

While you’re reading this article, costs continue to rise. The $400,000 quotation still looms over the family. If you’re willing to lend a hand, you can send your donations through here.

Jing Yi’s case is one of the many featured on the fund-raising website. There are probably dozens of other cases like hers, just that we don’t hear about them.

But Give.Asia shows us that that there are many people willing to help out others in need. The next time you want to spend money on your wants, why not consider using it to save a life.

Featured image from Wikipedia and Give.Asia.