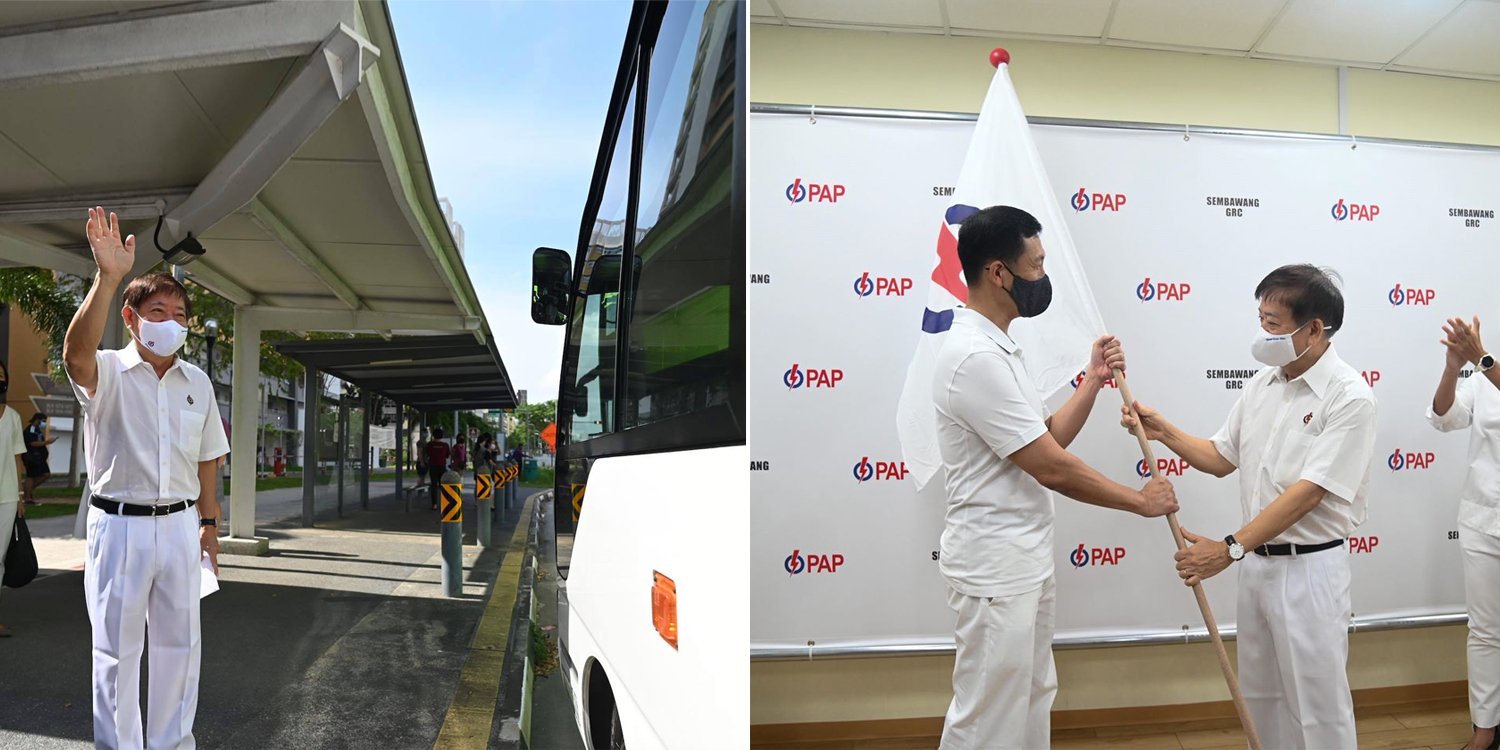 Unlike previous years, Mr Khaw Boon Wan will not be running for the upcoming election, as he retires after a 19-year political career.

Khaw Boon Wan Retires From Politics, PM Lee Thanks Him For 19-Year Service

On Tuesday, Mr Ong and the new PAP Sembawang team took part in a “handing-over ceremony” that saw Mr Khaw passing the “torch” – or in this case the party flag – to the next generation of representatives. 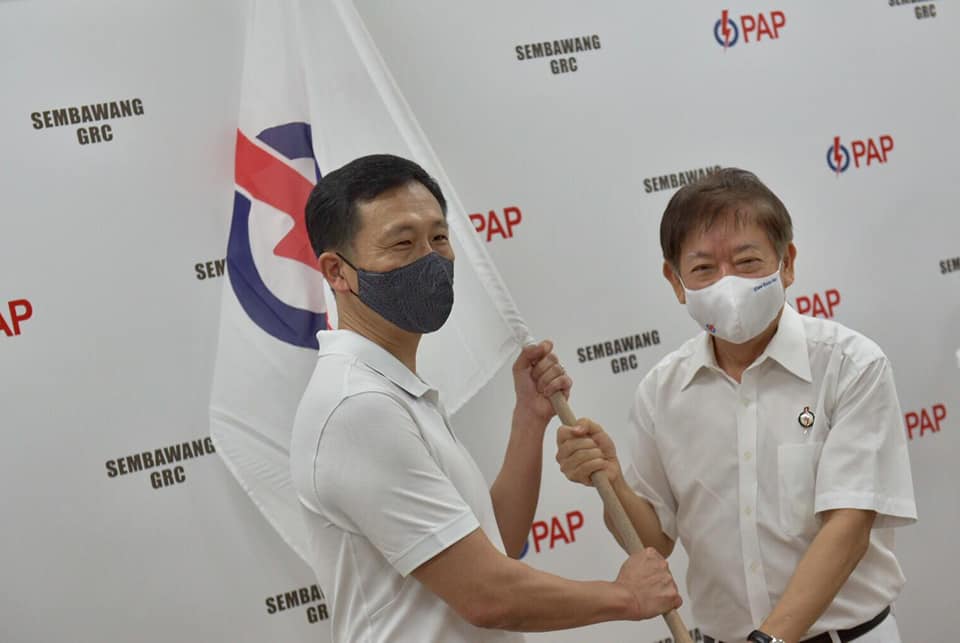 Khaw recalls how he took over 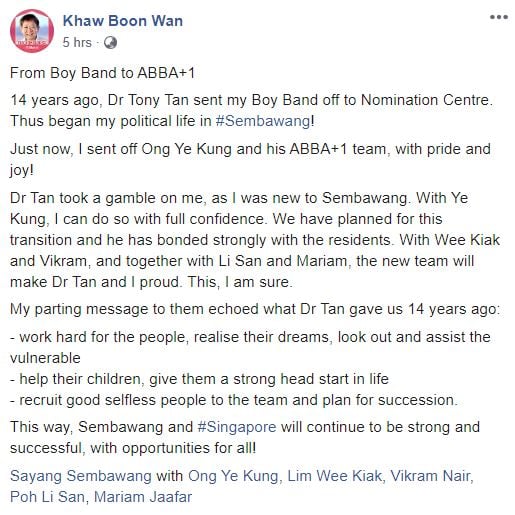 In his post, Mr Khaw harked back to 14 years ago, when then retiring Sembawang MP Tony Tan sent him and the rest of his PAP team off to the nomination centre.

He wrote that the move then was a “gamble” as Mr Khaw was new to the area.

On Nomination Day, it was Mr Khaw’s turn to do the same, before the new Sembawang team headed to one of the nomination centres to register as candidates.

Speaking to reporters, Mr Khaw said he had mixed emotions about the occasion and compared it to when his daughters got married and moved out. Prior to the send-off, Mr Khaw handed over the PAP party flag to Mr Ong. 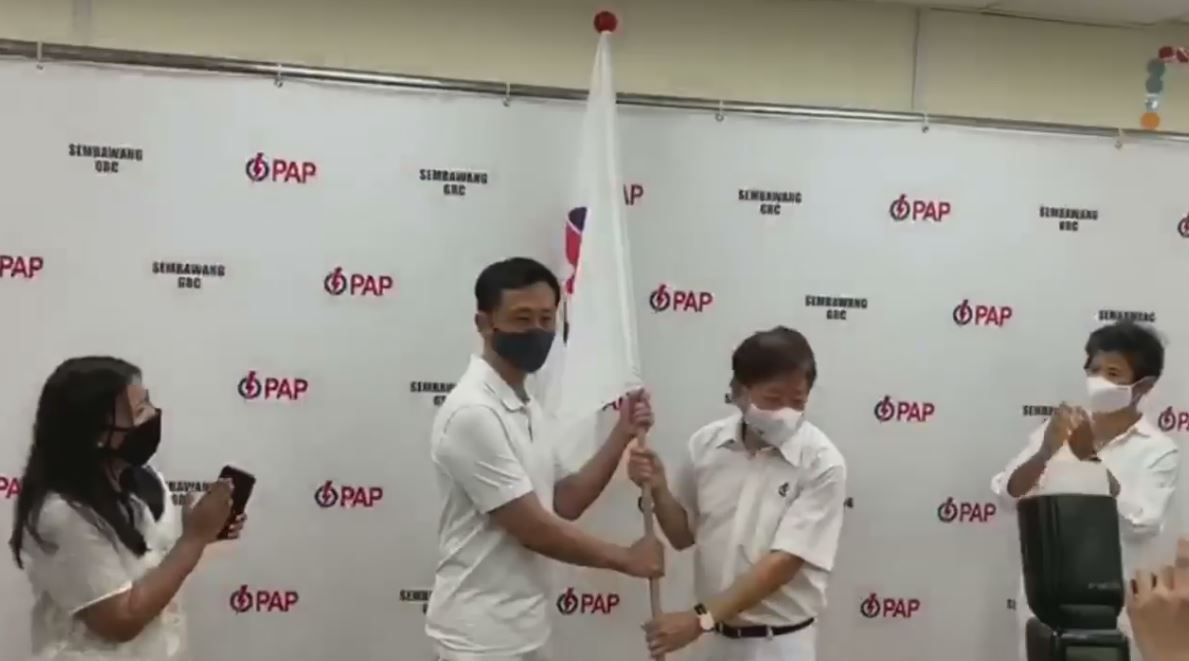 Unlike the “risky” handover years ago, the transition this time round was “planned”.

Hence, Mr Khaw has faith that the new team will do him and his predecessor proud. He left the new team with a few takeaways:

As the new team got on the bus to head to the nomination centre, Mr Khaw stood at the bus stop and waved them goodbye — exactly like how your parents may have sent you off for school when you were a kid. They will go head-to-head against the National Solidarity Party’s (NSP’s) team comprising:

Mr Ng and Mr Yadzeth also contested in Sembawang GRC under the NSP in GE2015.

Others also stepping down in GE2020

Mr Khaw isn’t the only notable politician to have handled over the baton to the next generation of leaders.

Mr Goh Chok Tong and Mr Low Thia Khiang, who were once fierce rivals in Parliament, both stepped down leading up to GE2020, allowing the younger ones to take charge.

GE2020 is an important election not only due to the uncertain times ahead, but also because it marks the end of an era, with some pretty notable politicians stepping down.

We wish Mr Khaw and the other political leaders stepping down a happy retirement, and may they enjoy the golden years they have ahead of them.