Kitten Falls From Jurong HDB & Gets Rescued By Kind Passersby

Most cat owners living in high-rise flats have meshings installed to prevent their feline friends from falling to their demise. 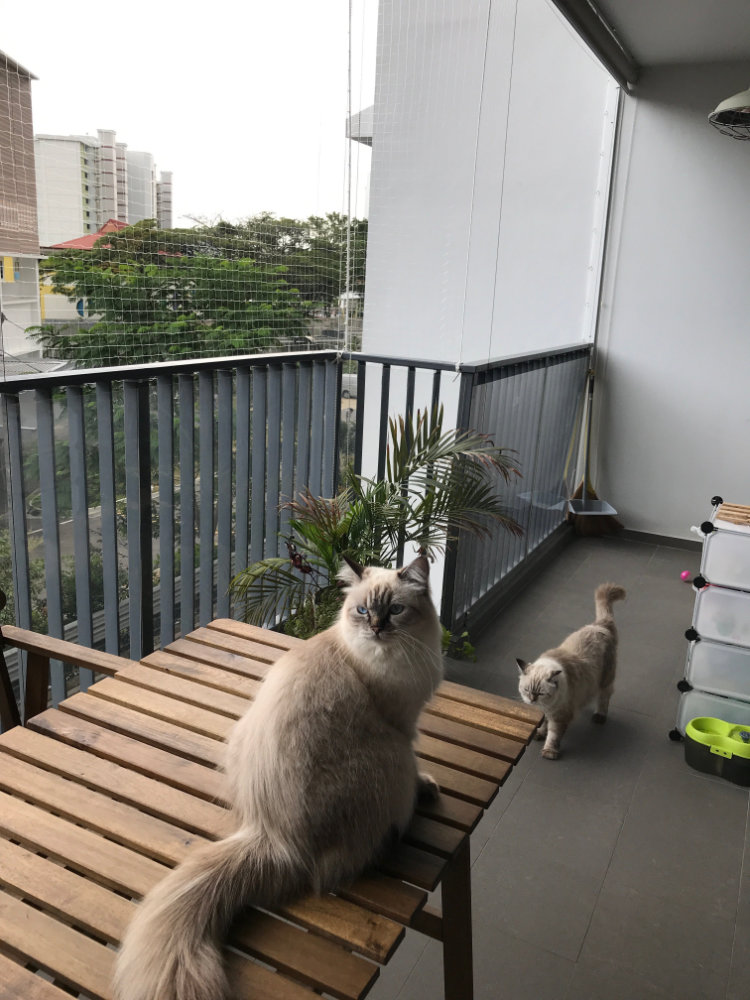 Recently, however, a 4-month-old kitten was found at the foot of a Jurong West HDB after reportedly falling from one of the units. 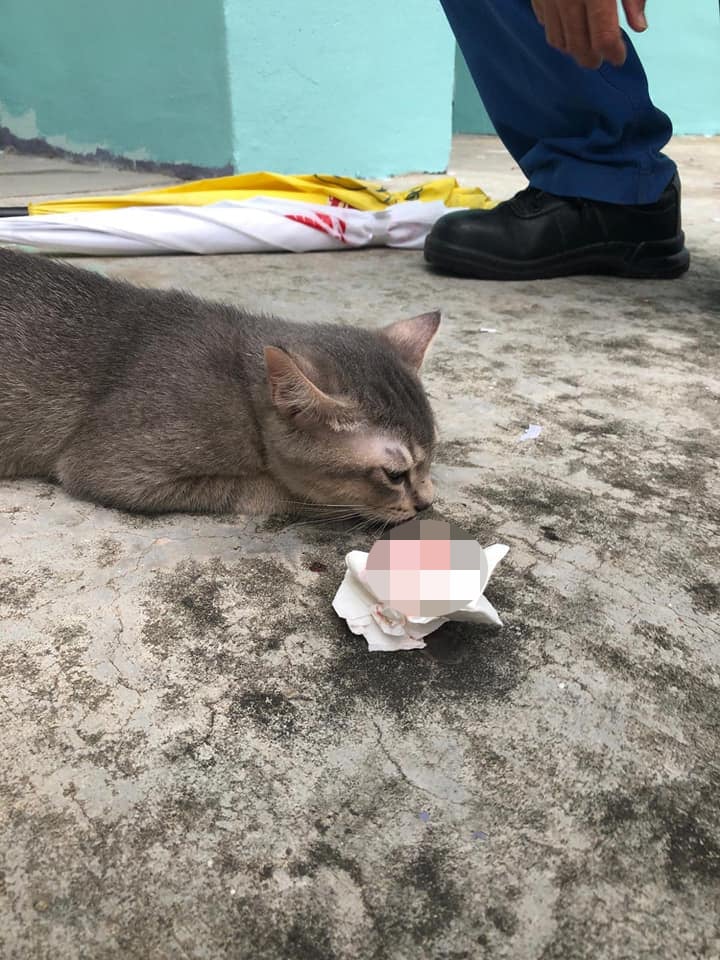 Thankfully, rescuers immediately came to its aid and brought the feline to a vet for medical treatment.

On Tuesday night (27 Oct), one of the rescuers took to Facebook to recount the incident and thanked members of the public for their medical donations. 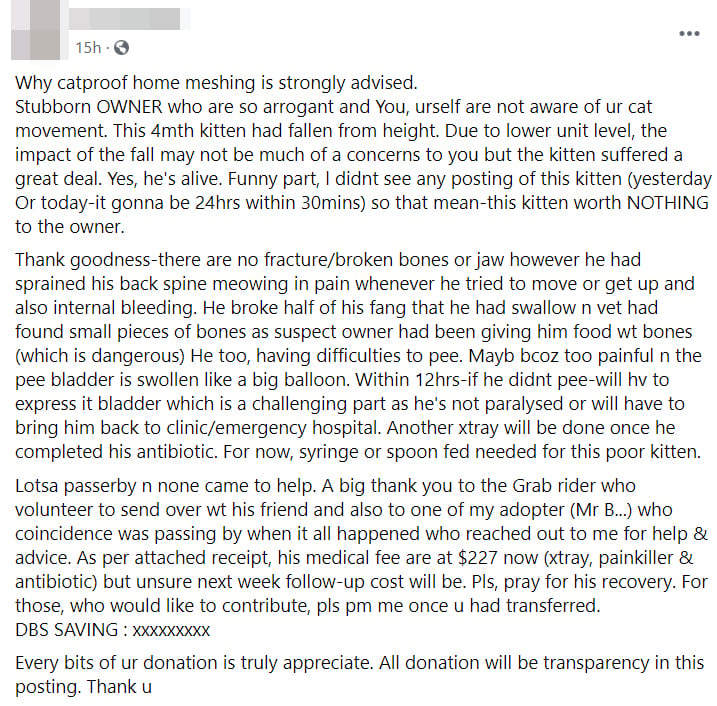 According to Facebook user Ms Zen, a 4-month-old kitten had fallen from a Jurong West HDB block on Monday (26 Oct). 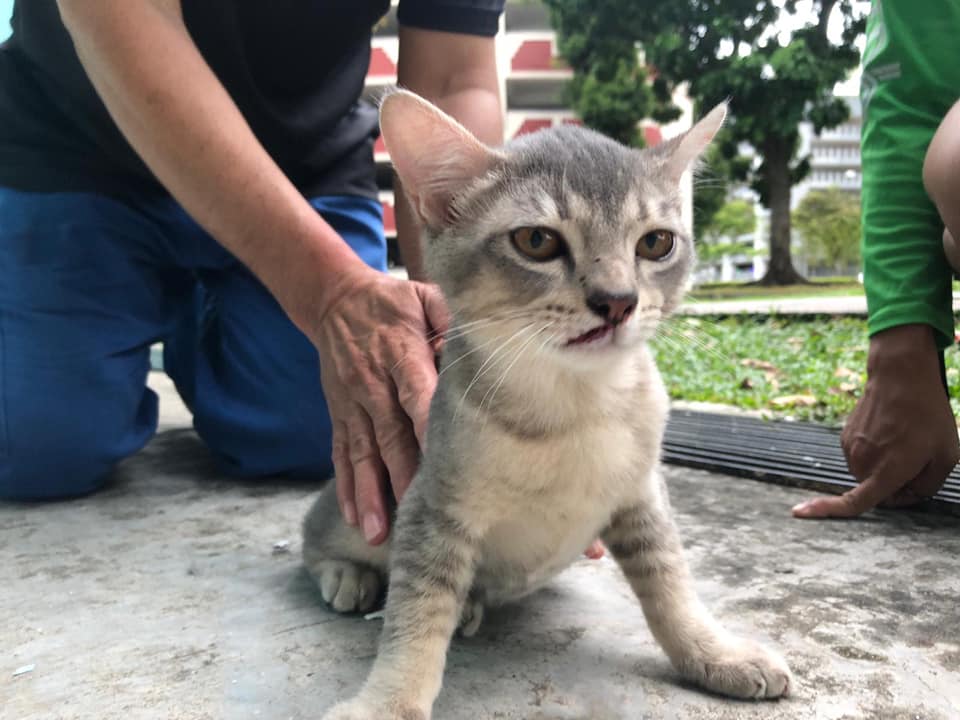 Though the exact height from which it fell remains unclear, Ms Zen pointed out that the cat fell from a “lower unit level”. As a result of the fall, the kitten allegedly suffered a sprained back, internal bleeding, swollen bladder, and a broken fang.

Thankfully, the kitten did not sustain any fractures.

Promptly brought to vet thanks to passersby

A number of passersby came to the kitten’s aid after the fall.

One of them was a GrabFood rider, who placed the injured cat in a cardboard box and ferried it to a nearby vet on his bicycle. 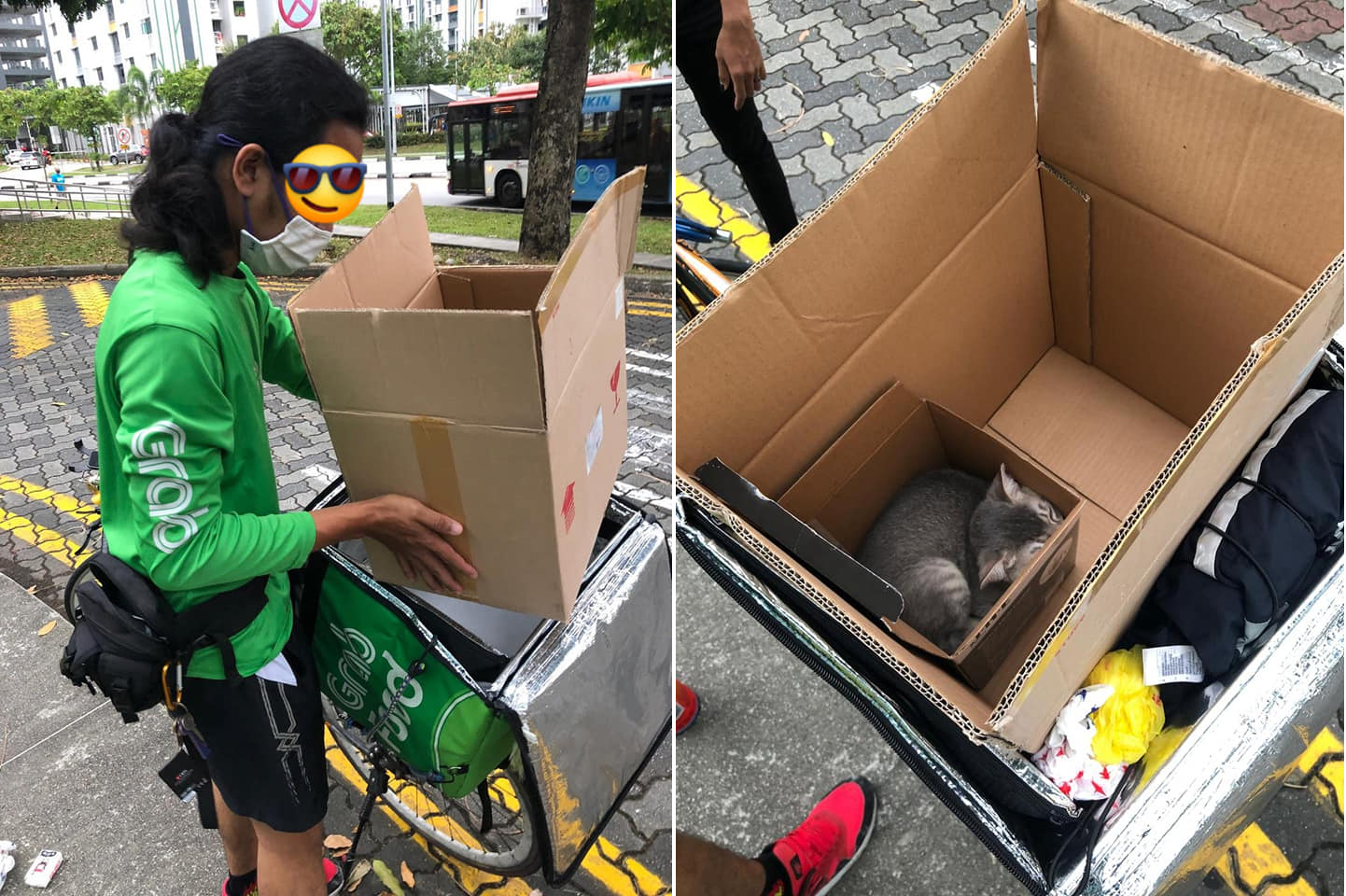 An X-ray examination later revealed the cat’s swollen bladder and the broken fang that it swallowed. 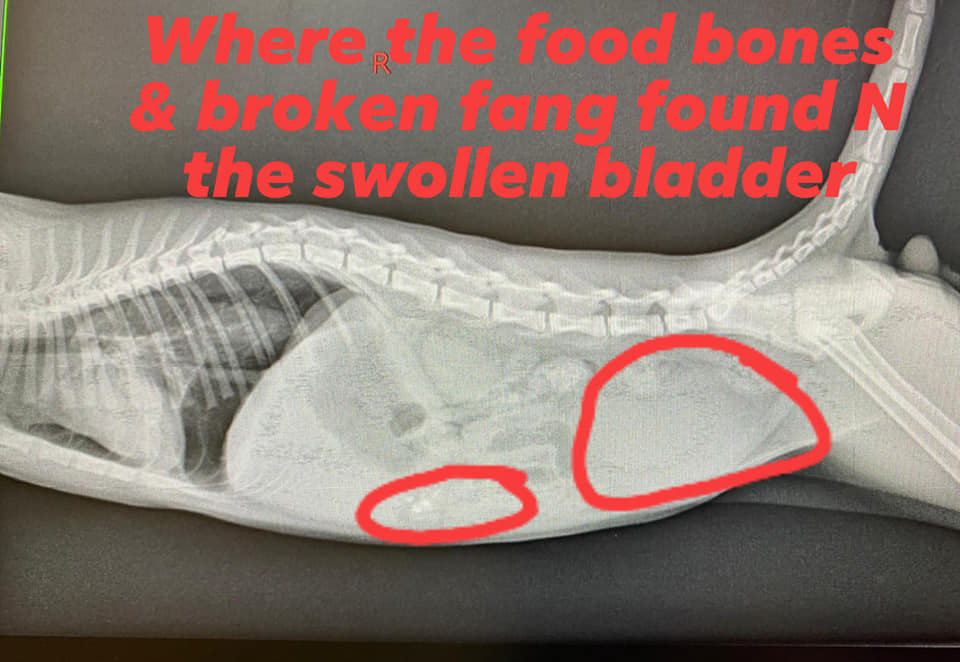 The medical bill currently amounts to $227 but it’s unclear how much that’d be in the future due to follow-up costs.

Thankfully, Ms Zen managed to raise $377 within a short span of just 5 hours, which leaves a surplus of around $150 for an X-ray and medical session next week.

In light of the overwhelming response, Ms Zen has since closed the appeal for medical donations.

However, she urges all cat owners to “catproof” their houses to prevent similar incidents from happening.

Our hearts ache to see the kitten in pain. We hope it makes a smooth and speedy recovery.

Kudos to the kind members of the public who came to its aid, promptly bringing it to a vet for medical attention.

We hope this serves as a reminder for all cat owners to install meshings or grilles to prevent cats from falling from a height.