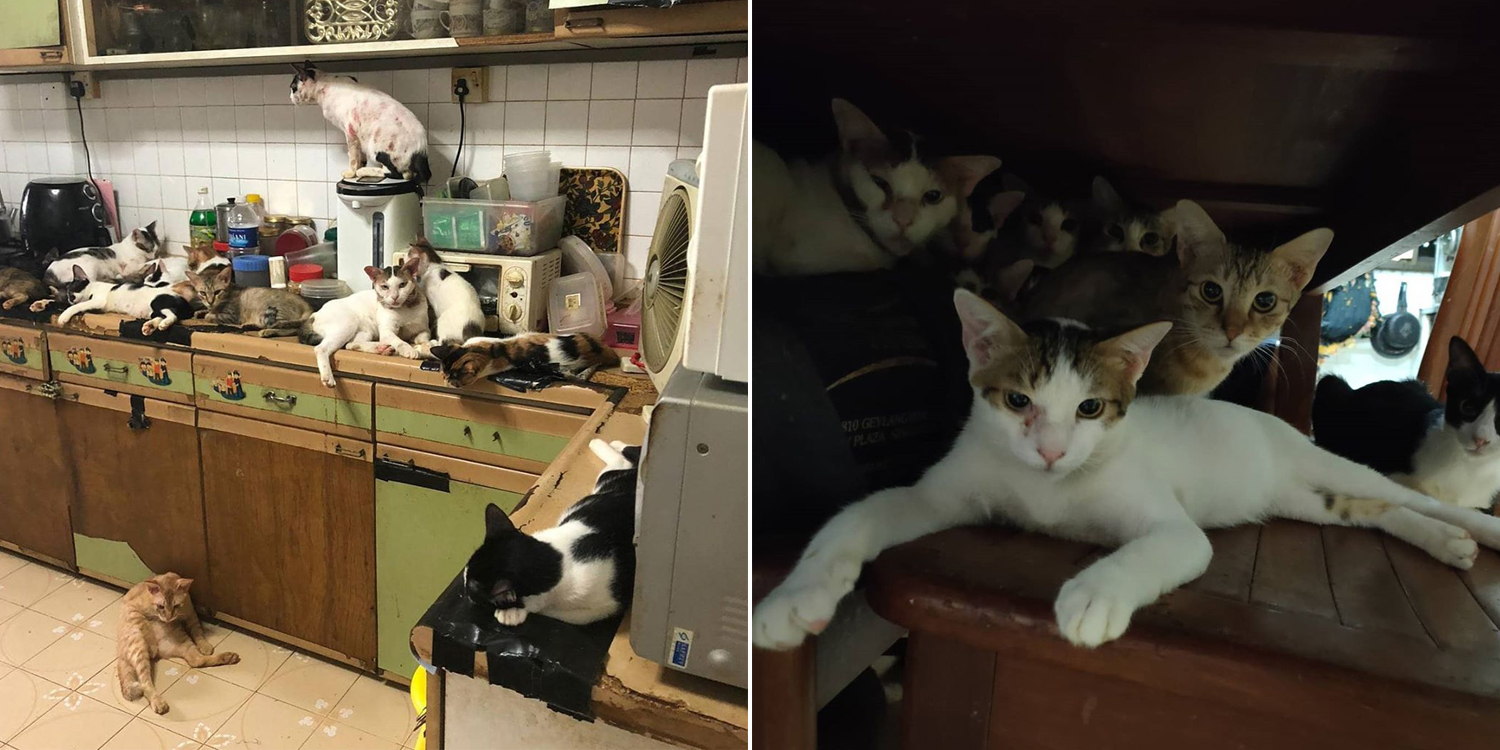 Some cats eat carcasses to survive.

Many pet owners may have the means to provide for their furkids, but not everyone is as privileged.

A rescuer shared the struggle of a cat owner with 40 cats on social media. The owner apparently didn’t know how to rehome or have her felines sterilised.

Since she lost her job due to the pandemic, it became increasingly difficult for her to make ends meet on top of providing for their cats. 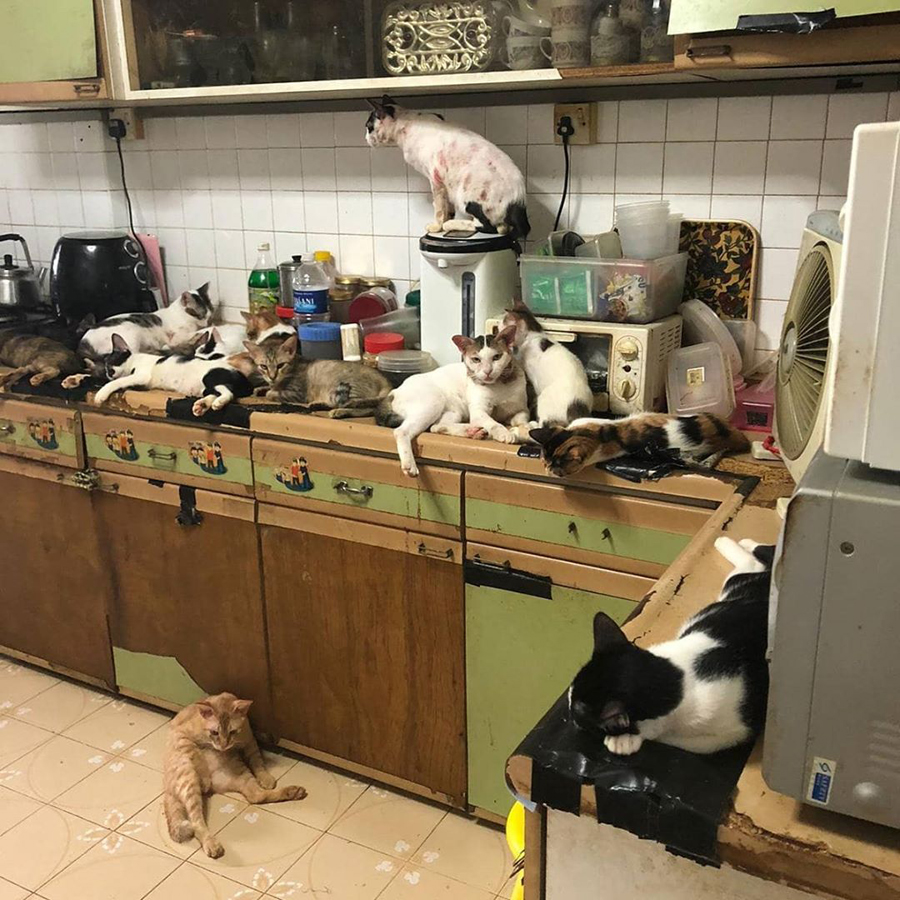 The rescuers and pet owner are currently seeking funds for sterilisation and basic necessities because they don’t have enough resources.

Owner struggles to care for 40 cats

According to ad-hoc rescuer Call Me By Mew Mew in an Instagram post, the owner lost her job during the pandemic while her husband is visually handicapped.

She also has a daughter in primary school and they require social assistance to get through these tough times.

Initially, the cat owner approached her community feeder to seek guidance on sterilisation and rehoming them. Since she lacks knowledge and resources to do so, she ended up having around 40 cats in her home. 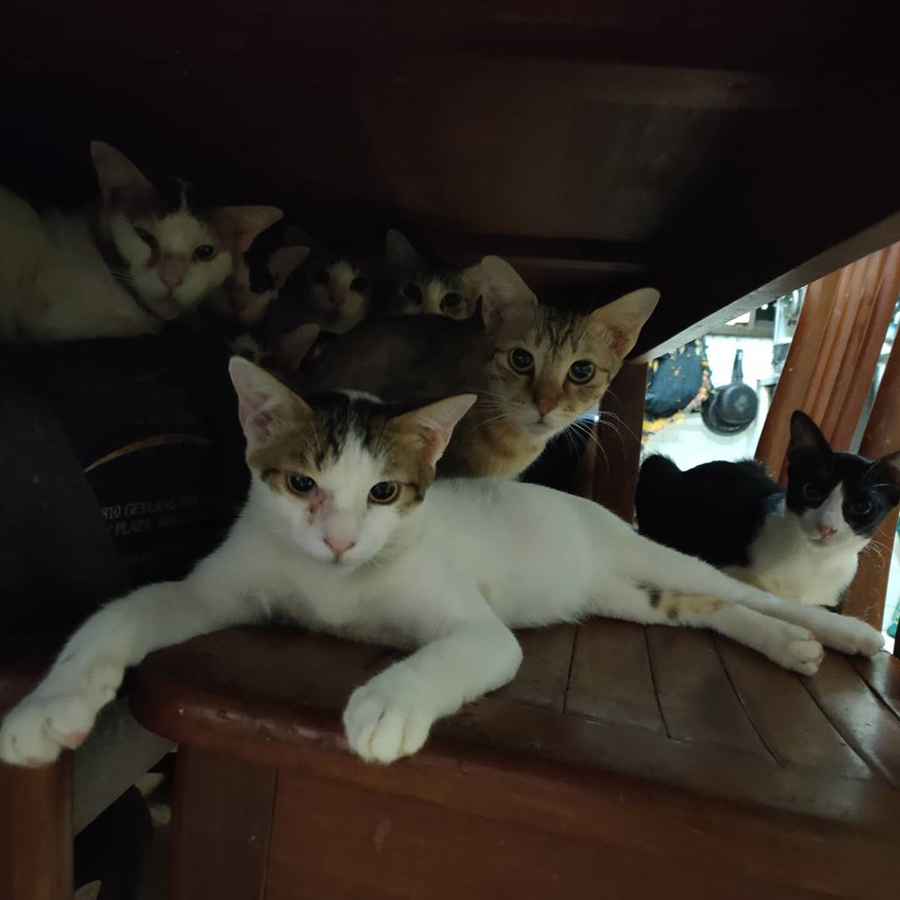 Due to the sheer number of cats, the community feeder approached ad-hoc cat rescuer Call Me By Mew Mew, who shared their plight on social media.

Vulnerable cats in her home

Upon arriving in the home, the cat rescuers expected to conduct a headcount on the number of cats to be sterilised.

However, things didn’t go as planned once they saw the vulnerable kittens living in poor conditions.

According to the post, the owner claimed that there were dead body parts belonging to the cats.

The rescuer thinks this could be due to starvation experienced by some of them and hence, they had to resort to eating other felines to survive.  ⁣ 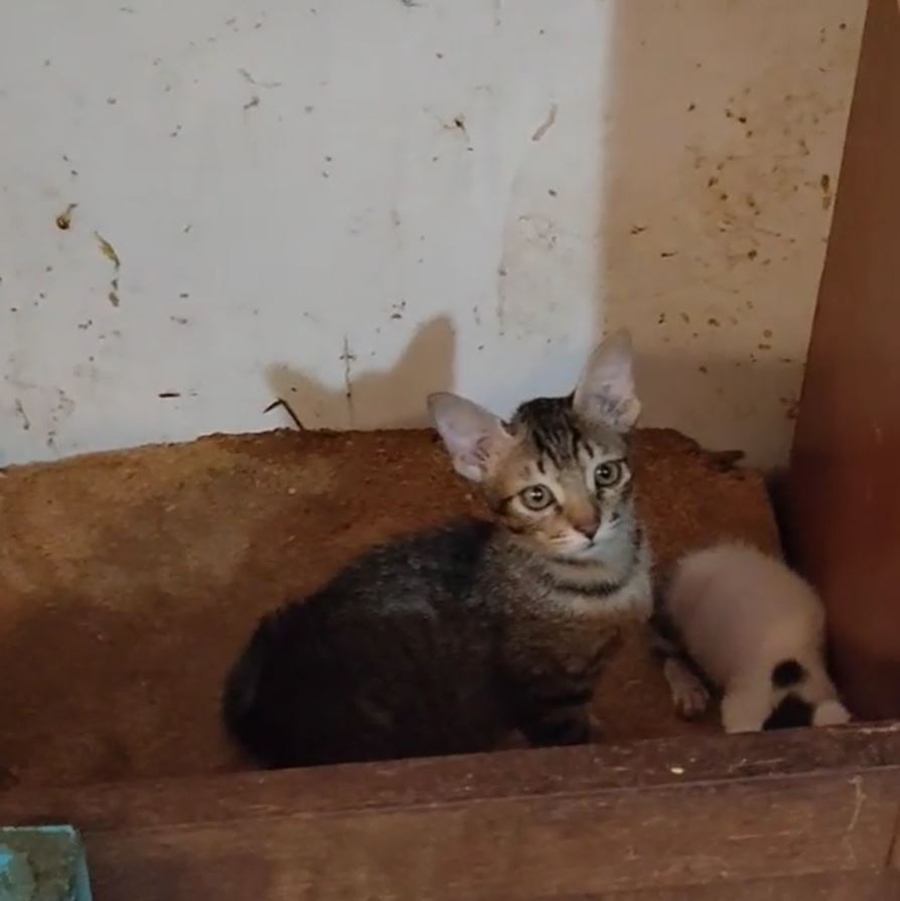 Unlike most house cats, the feral creatures are not trained to use the litter box. 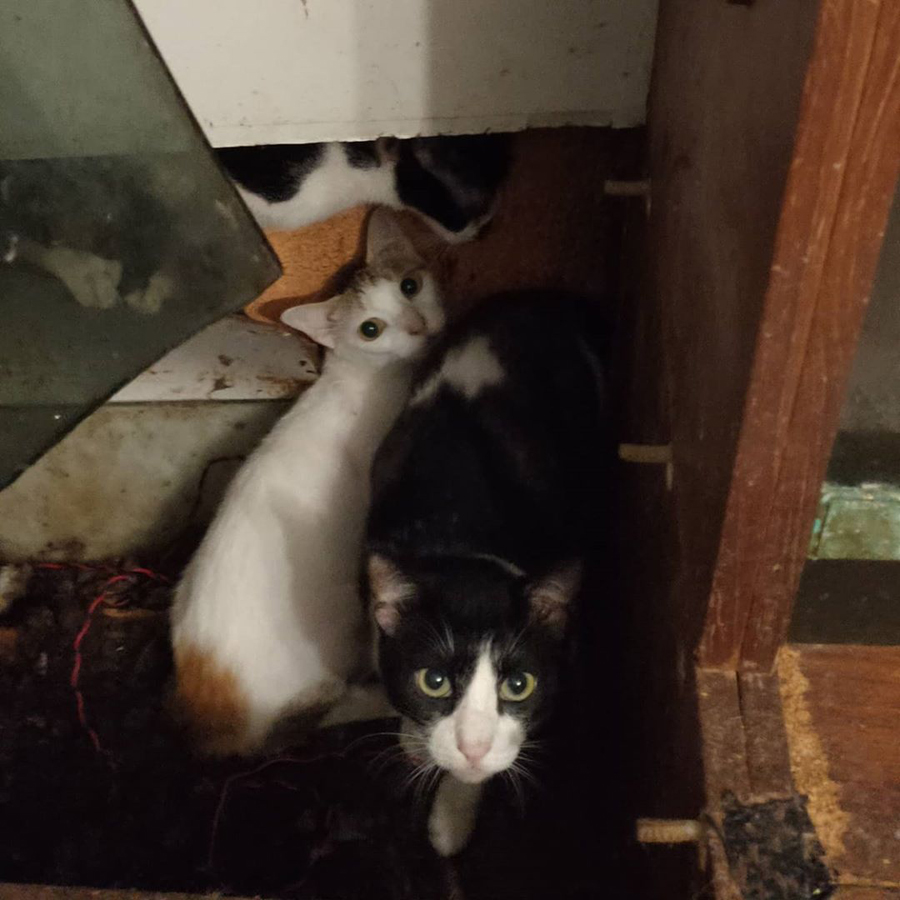 They poop, sleep and pee at built-in cabinets, and the kitchen ended up becoming a breeding ground for pests.

The rescuers hope to sterilise the cats in batches to at least stop the births. They have sought help from the Cat Welfare Society for free sterilisation slots.

Unfortunately, they are unable to cover the costs for all the cats so they were referred to Animal & Veterinary Service (AVS).

Currently, the main priority of the rescuers is to have enough funds to cover the sterilisation of 40 cats. They also require funds for their boarding fees, vet checks, and medical treatment.

Some cats have skin conditions and severe flu due to their poor standard of living. 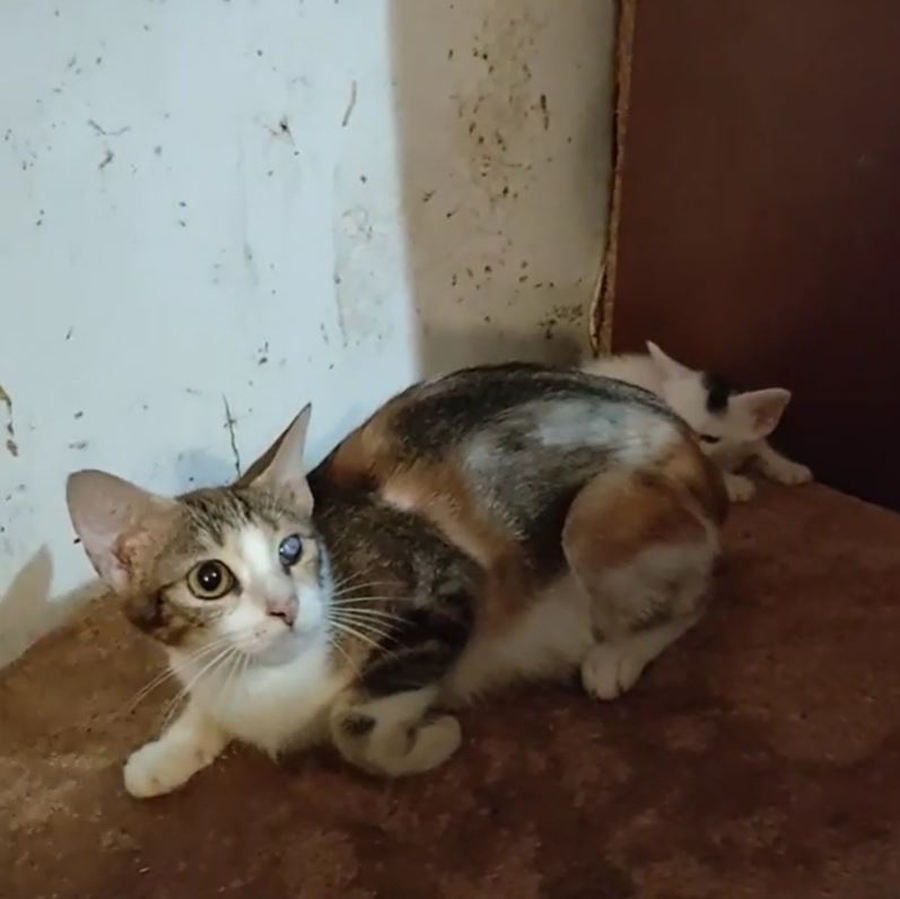 In addition, they may need a professional trapper to retrieve the feral cats hiding behind the cabinets, which would require more funds. 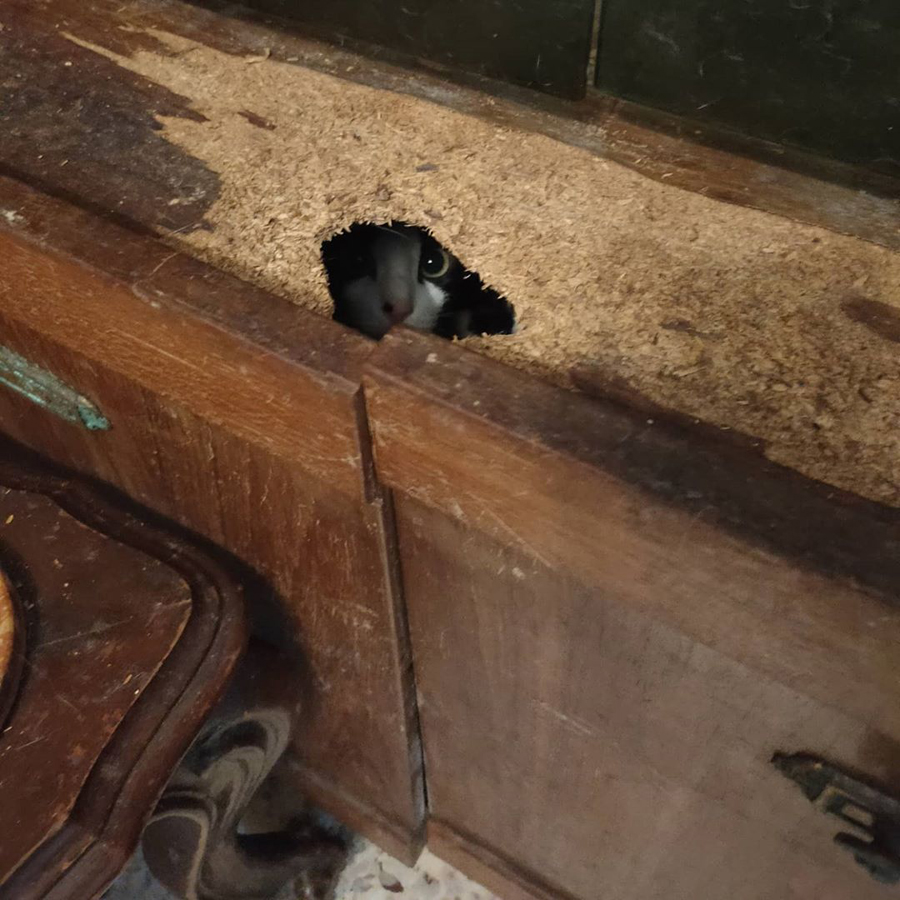 Besides sterilisation and medical fees, the rescuers are also seeking basic necessities for the cats. These include litter boxes and food for adult cats and kittens. Kitten Milk Replacer Powder (KMR) is also imperative to the health and well-being of newborn kittens.

Concerned locals can reach out to the rescuers on Instagram. Afterward, they can arrange a location and pick up for acquiring these essentials.

Having financial struggles is difficult when you have pets dependent on your care and resources.

We sincerely hope that the rescuers and cat owner will be able to succeed in their endeavour of caring and rehoming these 40 cats.

In the meantime, concerned netizens can reach out to them on Instagram. The rescuers are bottle-feeding 7 newborns cats per hour so expect a delay in responding to messages.