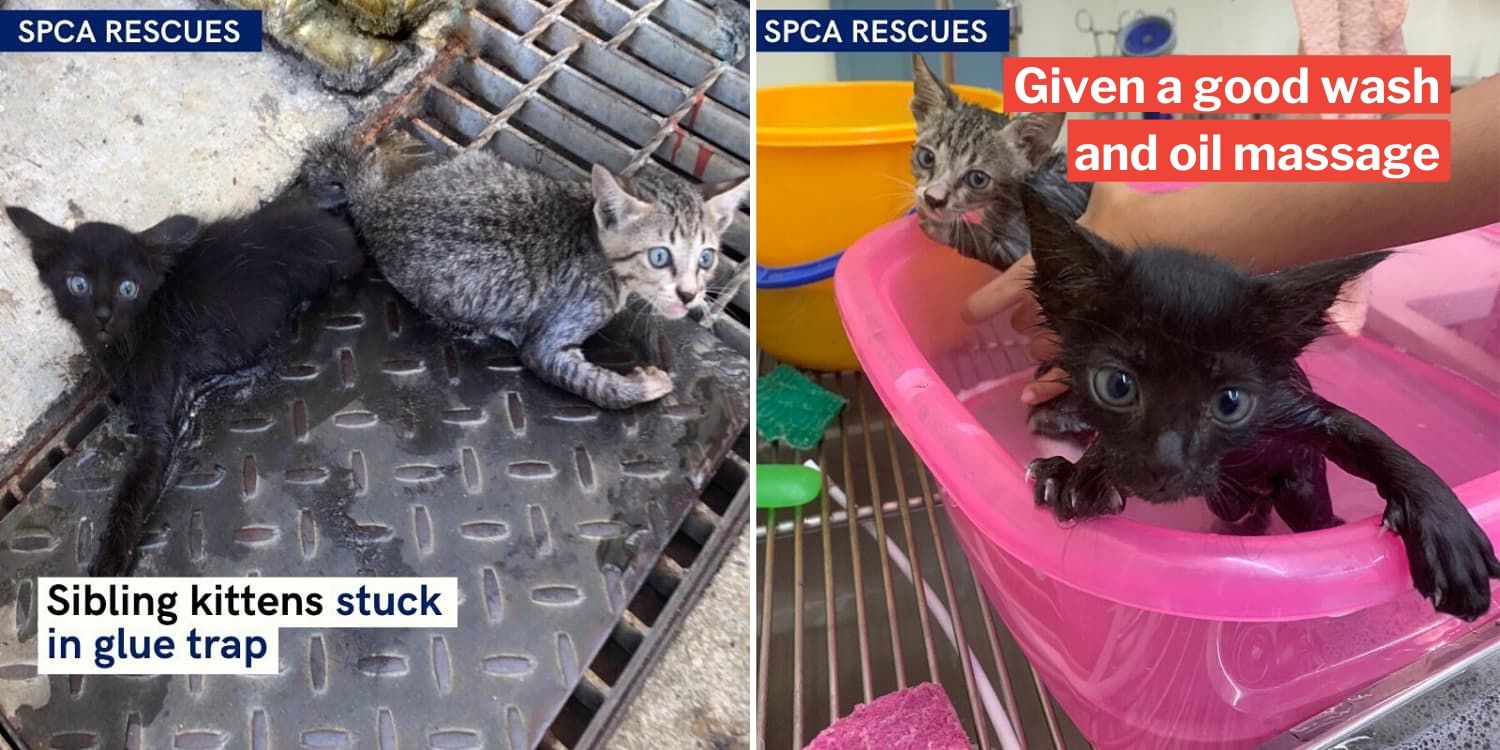 Just last year, the Society For The Prevention Of Cruelty To Animals (SPCA) saved a cat from the horrible experience of getting stuck in a glue trap near The Star Vista.

Recently, an SPCA team was again activated to get cats out of a sticky situation. This time, the victims were a pair of sibling kittens. 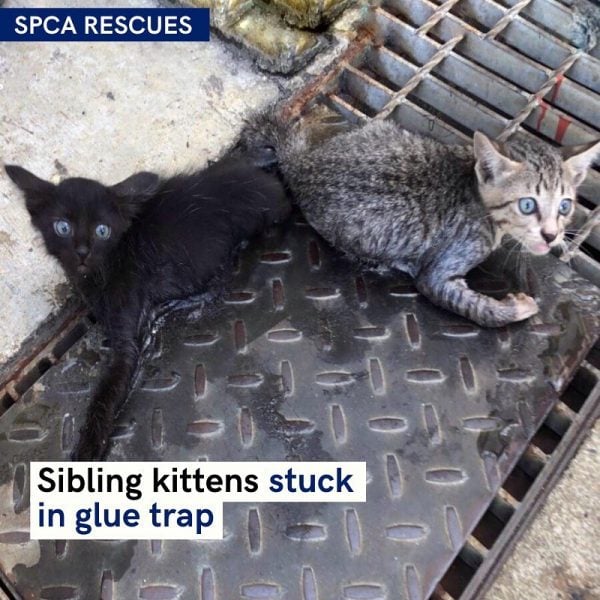 According to the photo shared by SPCA on Instagram, the two kitties were attached firmly onto a drain cover strewn with glue in Yishun.

They were evidently scared during this traumatising ordeal, as their wide-eyed expressions in the photo captured the unimaginable fear they must have felt.

Apparently, these glue traps are set up by pest control companies seeking to catch unwanted rats in neighbourhoods.

Unfortunately, these kittens stumbled upon one of these dangerous traps. They were not the first to do so, either.

Even birds have been snared by these traps. 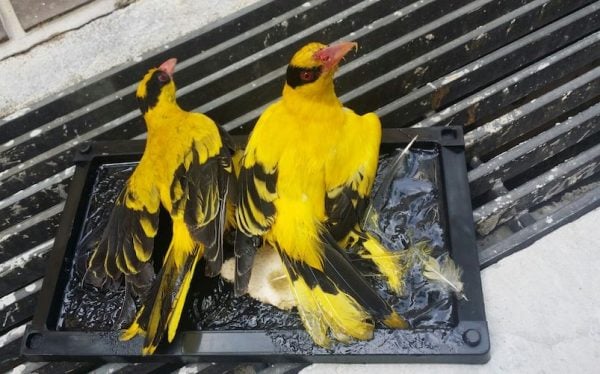 SPCA promptly got the kittens out

While waiting for help, they shielded the troubled pair from the sun.

As soon as they arrived at the scene, the SPCA team used oil to soften the glue and removed the kittens from the drain cover.

In less than 15 minutes, the two little ones were rescued and brought to the SPCA clinic, where they were washed up. 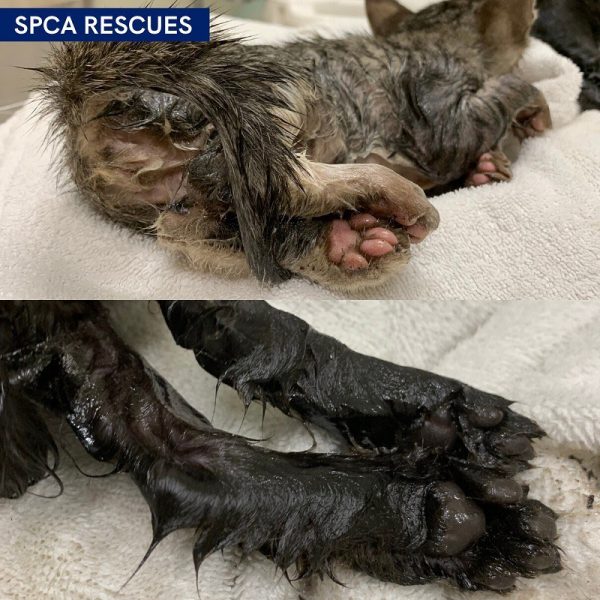 While at it, they were even treated to a special dip oil massage! 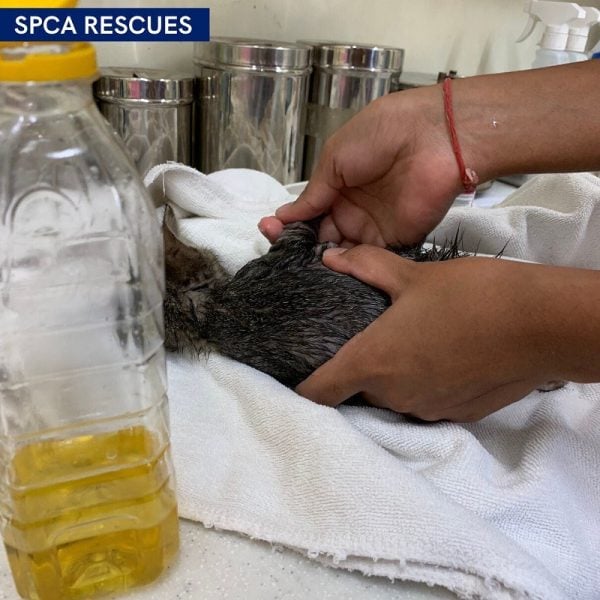 Now bathed and cleaned, the cuties are reportedly “doing well” after this miserable encounter, and are hoping to have a new, warm home in days to come. 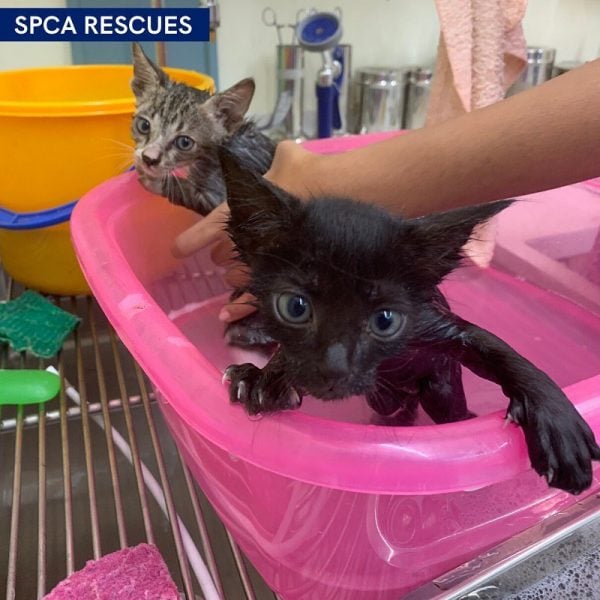 Many kittens in Singapore suffer the agony and pain of being stuck in rat glue traps. Not all are lucky to be saved from them.

SPCA called for pest control companies to ban the usage of glue traps, which might be life-threatening for stray animals who get caught in them.

We hope the Government can introduce legislation to protect stray animals from such harm so that no animal has to go through this misery again.

Kudos to the kind samaritans who called SPCA and the efficient team for saving these adorable ones.