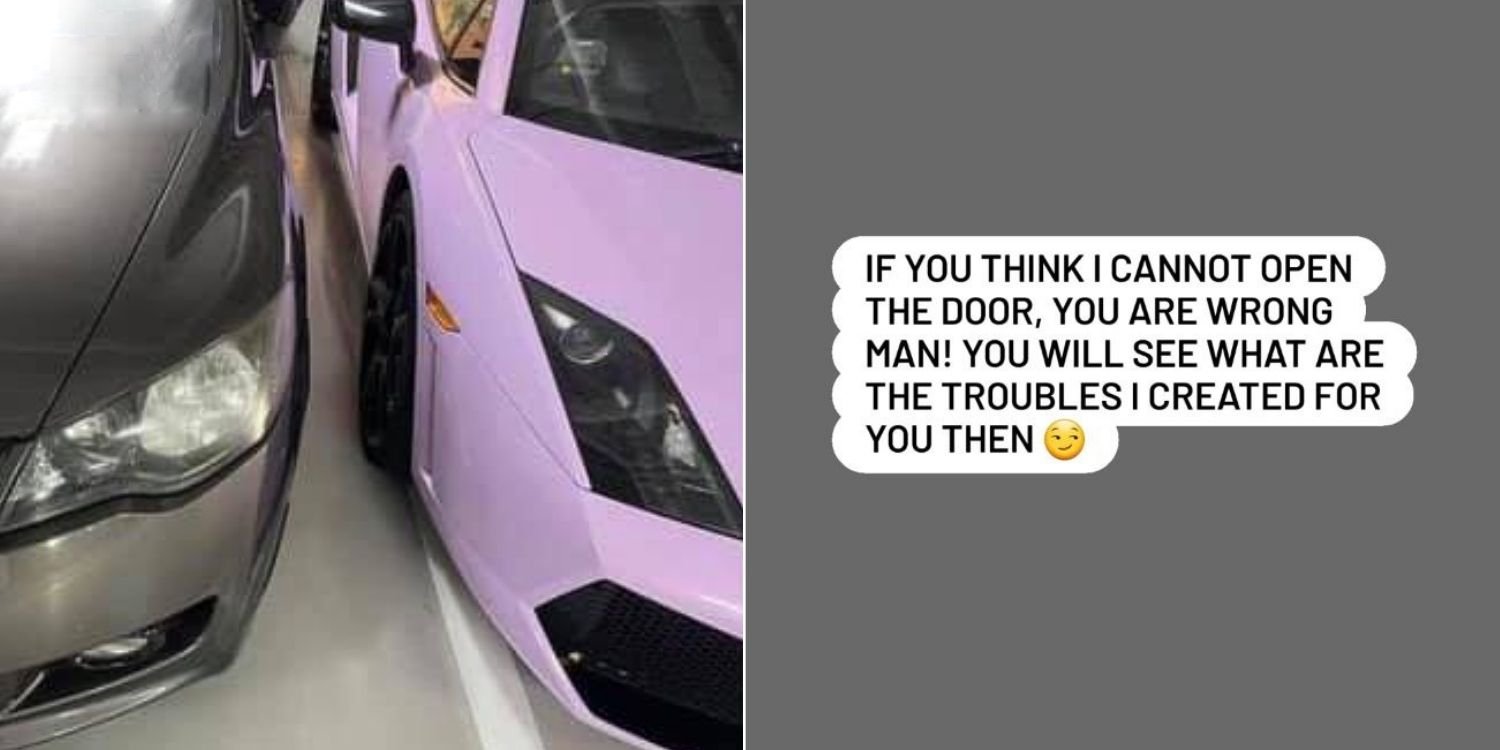 She threatened to create trouble for the Honda driver.

Parking your vehicle within the confines of a parking lot is basic etiquette most drivers expect of each other.

However, the driver of a lilac Lamborghini seemingly failed to do this. But instead of apologising to the driver she had inconvenienced, she took to Instagram to mock them instead. 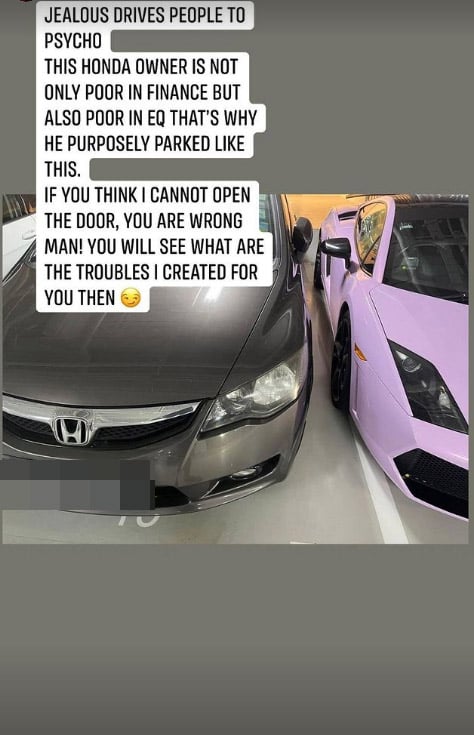 She even vowed to ‘create trouble’ for the driver who parked next to her sports car, accusing them of blocking access to her car door.

On Thursday (8 Jul), the driver of a lilac Lamborghini took to Instagram to share her grievance about another driver’s parking.

The picture she posted showed a Honda Civic parked really close to her car.

Allegedly unable to open the door to the driver’s seat, she accused the Honda car owner of being jealous. The location of the car park was undisclosed.

Besides describing the Honda driver’s actions as “psycho”, she also made her own supposition that the driver is “poor in finance” and EQ, as she assumed that they had parked so close to her car on purpose.

Evidently upset, she threatened to create trouble for the Honda driver. What transpired afterward is unclear.

Ironically, the picture shows the Lamborghini encroaching into the adjacent lot.

On the other hand, the Honda appears to be keeping to the demarcated parking space.

Later that day, the IGS was reposted on the SG Road Vigilante Facebook group, garnering a slew of comments.

Most netizens pointed out that the Lamborghini driver was at fault for her own predicament.

Many Facebook users also chimed in, saying it was wrong of her to blame others for the situation she put herself in.

Parking within one’s designated lot is a basic courtesy

Parking within one’s designated lot is a basic courtesy that everyone should practice no matter what vehicle they’re driving.

This provides all drivers enough room to manoeuvre their vehicles, and get in and out without a glitch.

We hope the driver somehow managed to get into her car and will be more aware of parking lot demarcations in the future.