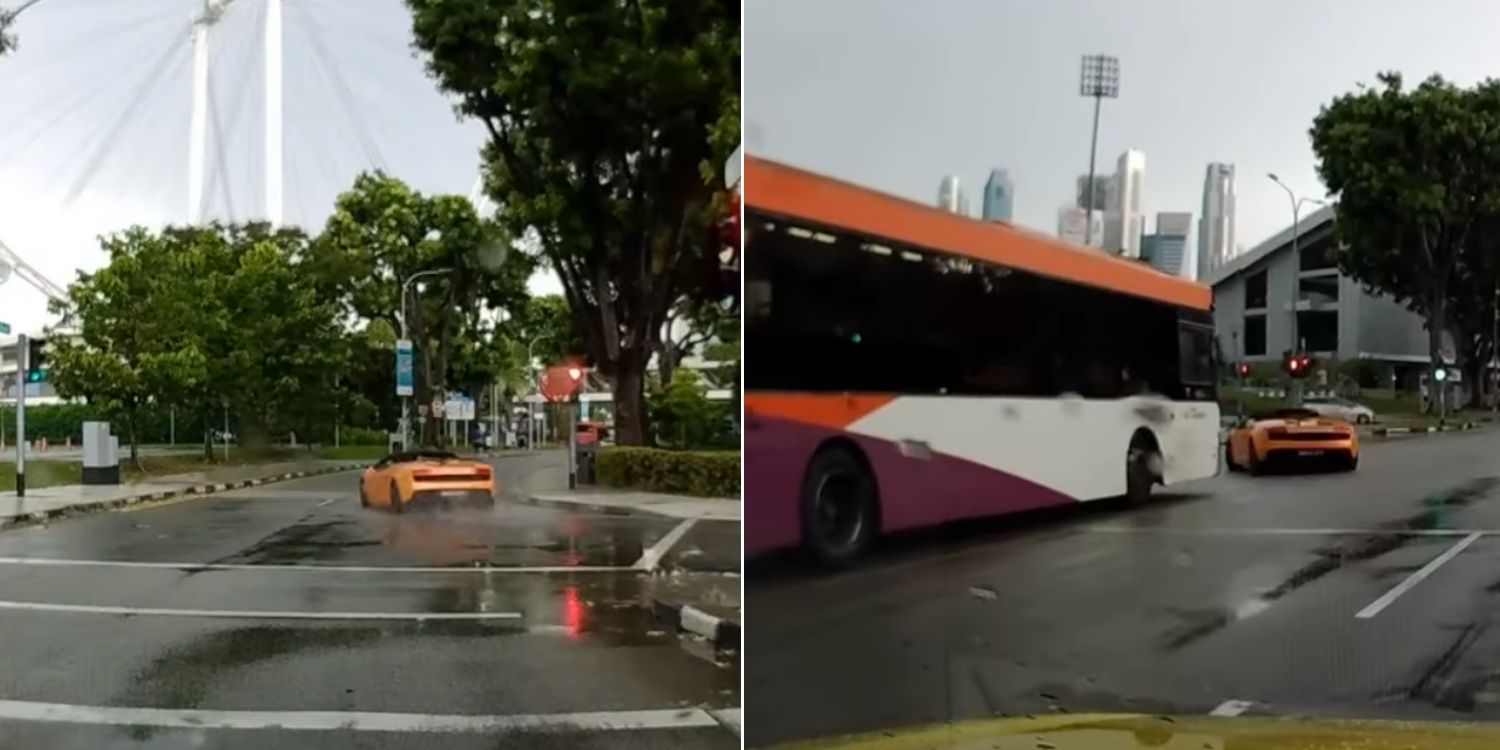 Speeding is a perilous act that puts all road users in danger. When one’s foot is too heavy on the accelerator, disaster can strike at any time.

On 8 May, an orange Lamborghini was caught on dashcam speeding through the Marina Bay area, even skidding and hitting a kerb at one point. 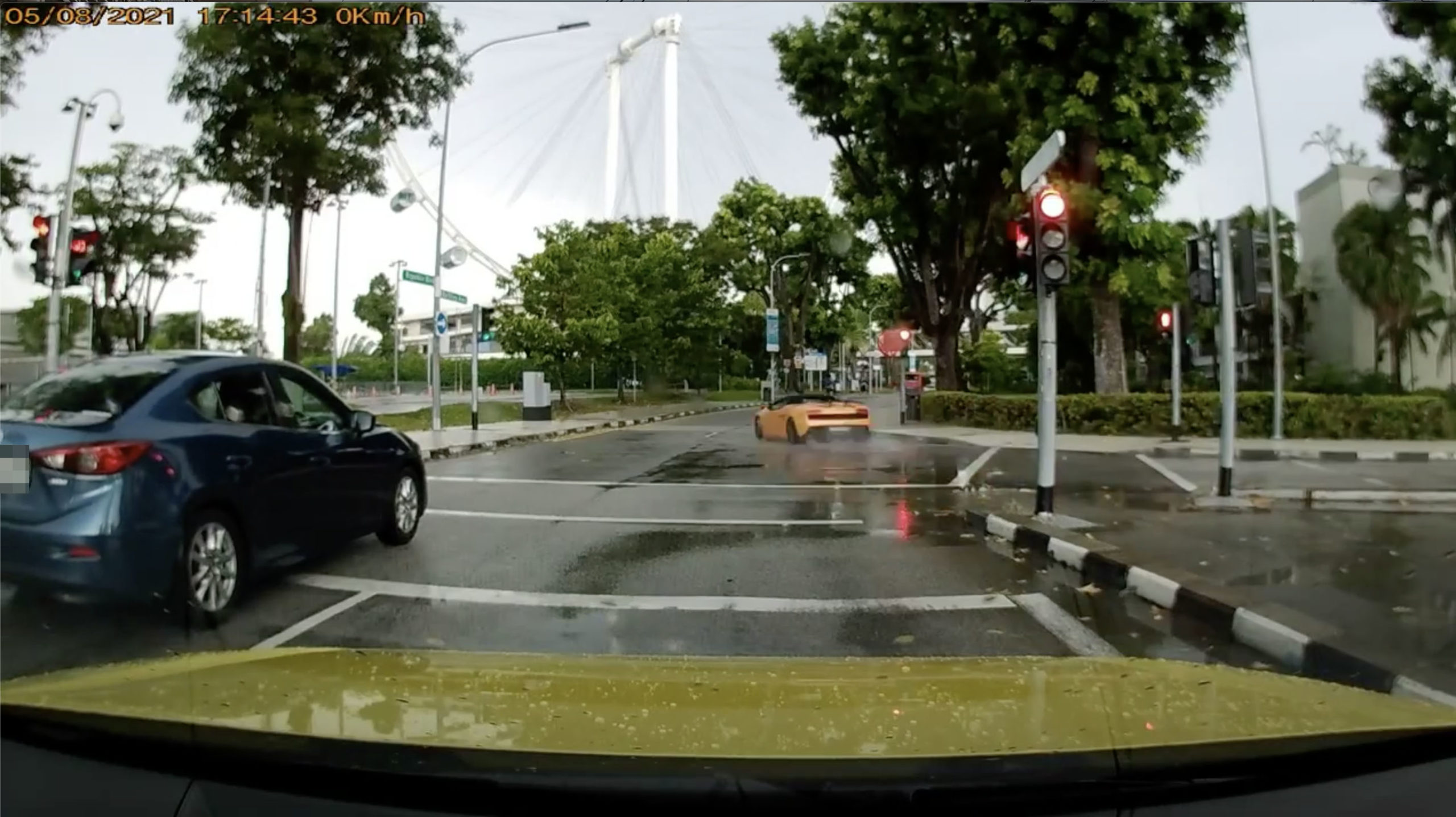 The same driver was later seen making a dangerous turn cutting into the path of a bus that just managed to stop in time.

The roads appeared wet at the time when the Lamborghini came speeding through a traffic light junction.

As it turned sharply, the car skidded, bumping into the kerb.

It visibly bounced off the kerb before the driver regained control, and continued to speed off. 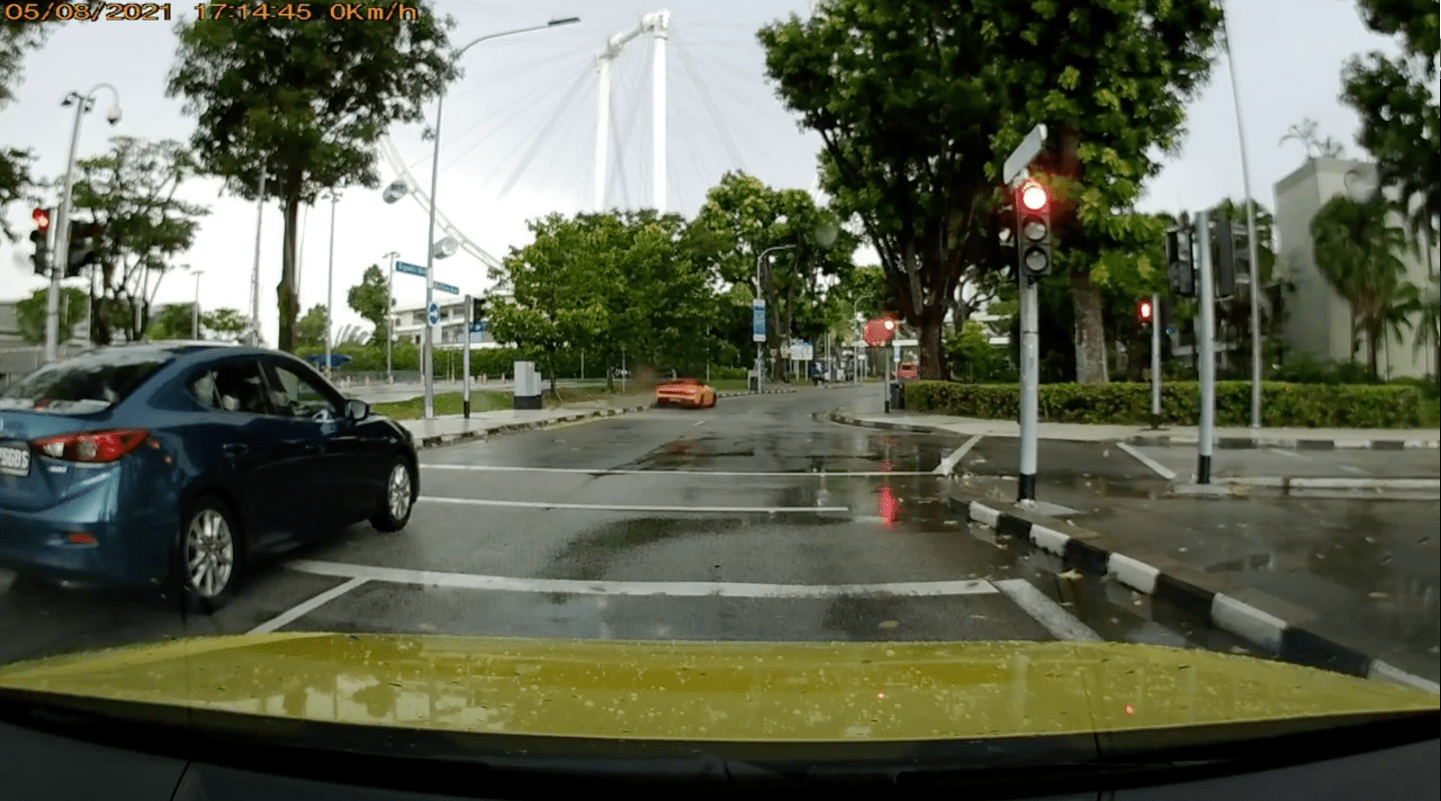 Lamborghini illegally turns left in front of a bus

Along Raffles Avenue, the Lamborghini was soon met with another traffic light. 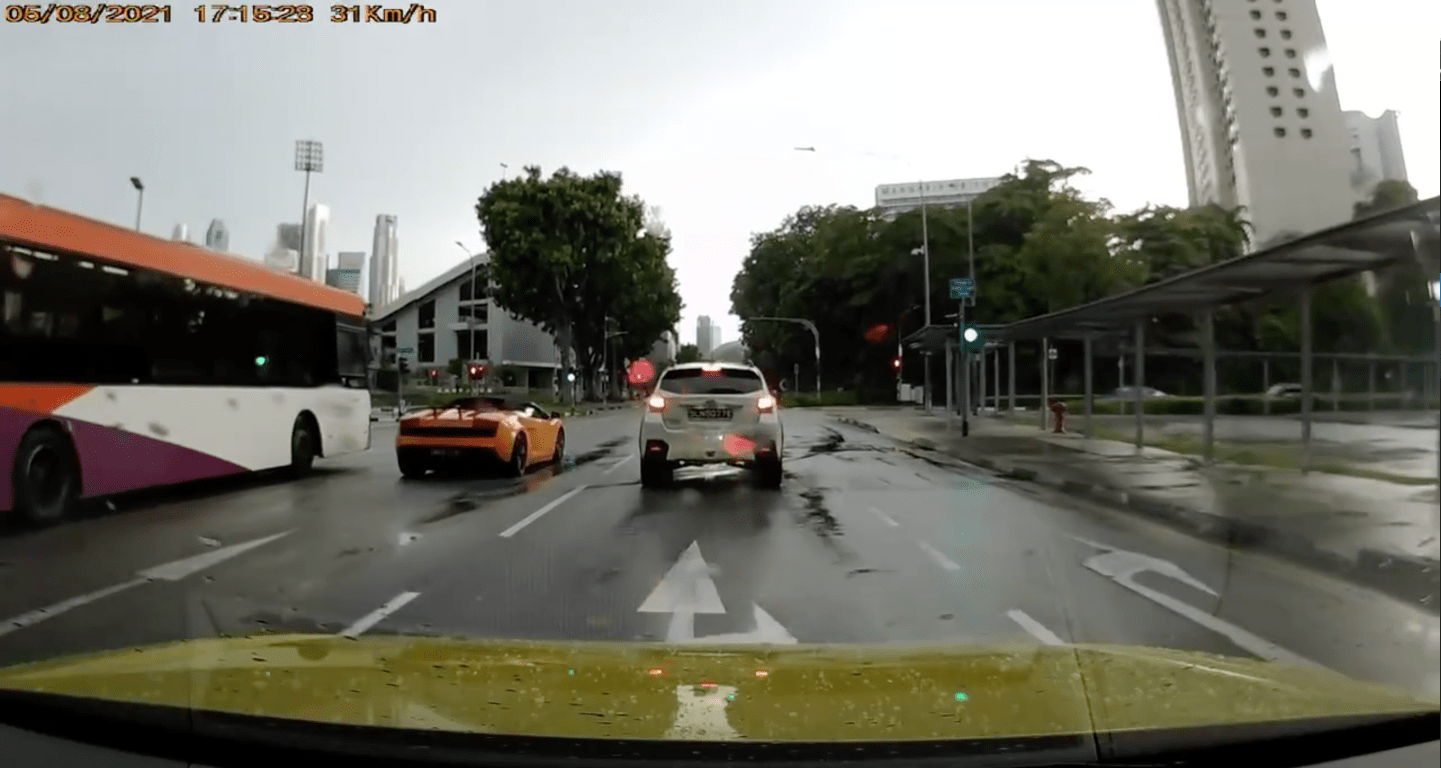 This time, an SBS bus was in the only left-turning lane, while the Lamborghini was in the next lane, where it could legally only go straight.

However, when the lights turned green, the Lamborghini driver turned left, cutting into the bus’ lane.

Thankfully, the alert bus driver managed to stop in time, causing the bus to jerk slightly as he stepped heavily on the brakes.

The Facebook video was widely shared, garnering over 700 shares at the time of writing.

Some netizens joked that the Lamborghini driver must be driving like that because he misses Formula 1 in Singapore.

Some went one step further by saying that the driver was probably was just trying out his drifting method on the road.

However, other netizens were critical of the driver’s actions, elaborating that he could potentially have caused an accident.

Thankfully, the bus driver was vigilant and alert enough to avoid the Lamborghini.

While the Lamborghini might have gotten away with it this time, speeding should not be condoned, no matter the reason.

After all, we have already borne witness to many tragic accidents caused by speeding that could have been avoided.

So the next time you’re behind the wheel, do remember to drive safely and cautiously for the sake of all road users.