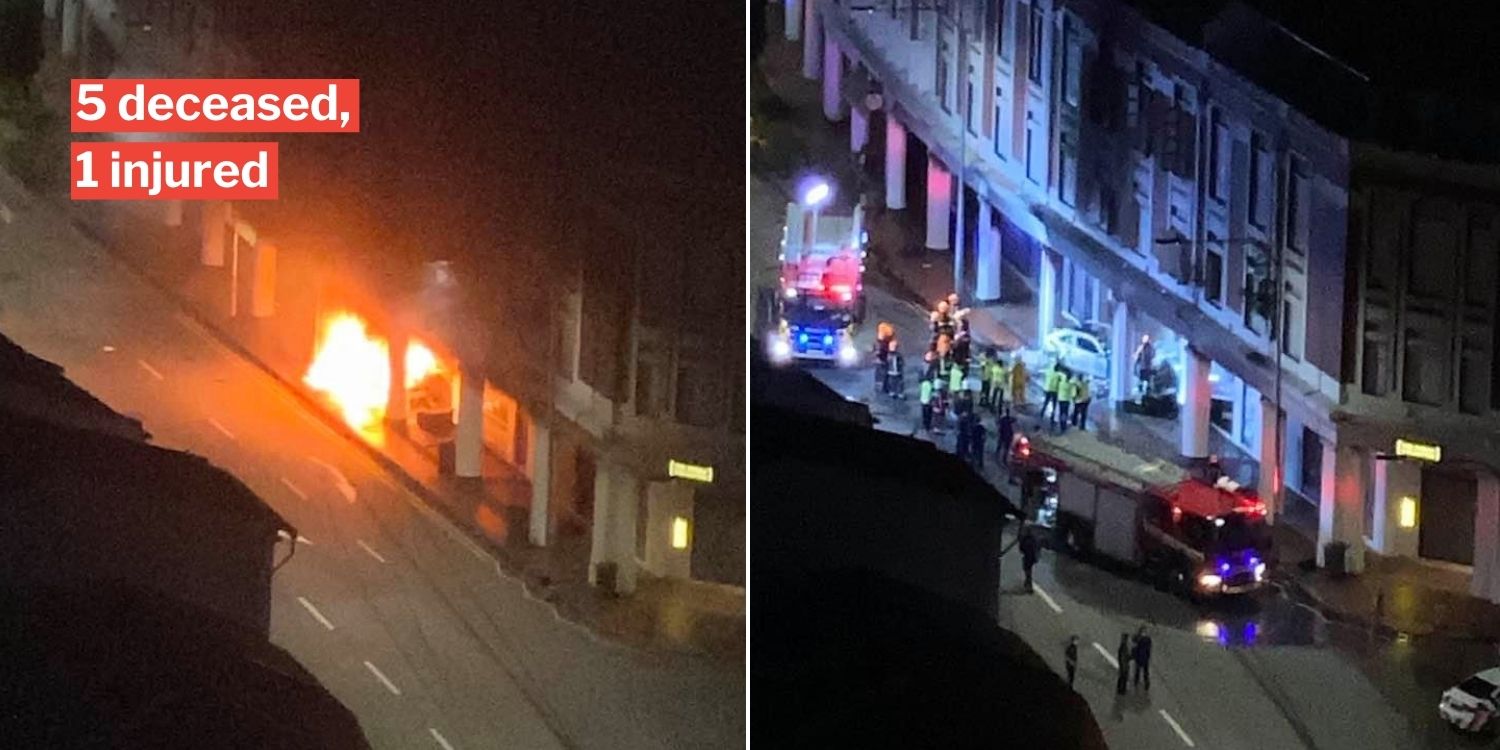 A resident saw a "bloodied lady" on the sidewalk.

As Singaporeans are still enjoying the Chinese New Year (CNY) festivities, sometimes these celebrations may get a bit out of hand.

In the wee hours of the morning on the 2nd day of CNY, the peace at Tanjong Pagar Road was broken by a loud crash.

A fire then broke out at one of the shophouses. 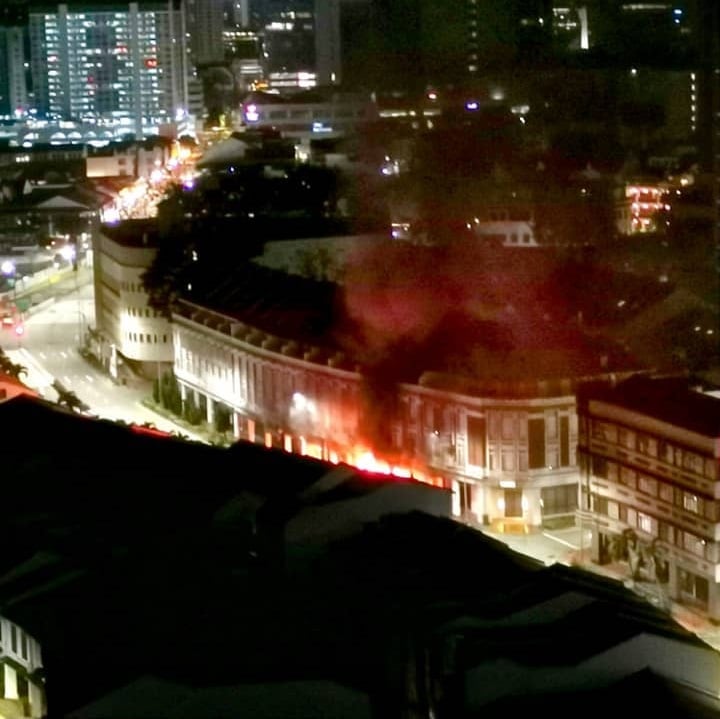 According to the Singapore Civil Defence Force (SCDF), the fire involved a car and a shophouse, and 5 people sadly passed away.

Resident woken up at 5.30am by loud noises

In a Facebook post on Saturday (13 Feb) morning, Tanjong Pagar Resident Song Seng Wun said he was sleeping when he was woken up by “loud noises” at 5.30am.

They sounded like “a group of people talking & shouting”.

He suspected that they were drunk.

Try as he could to go back to sleep, he couldn’t do so as more loud noises followed.

This time, it was the revving of a car.

Mr Song said it sounded like someone had gotten into what he described as a “souped-up” car.

The car then started “racing around” Tanjong Pagar Road.

Just when he wondered whether to call the police, he heard a loud crash.

Fire breaks out at shophouse

Subsequently, a fire broke out in front of the one of the shophouses along the road. 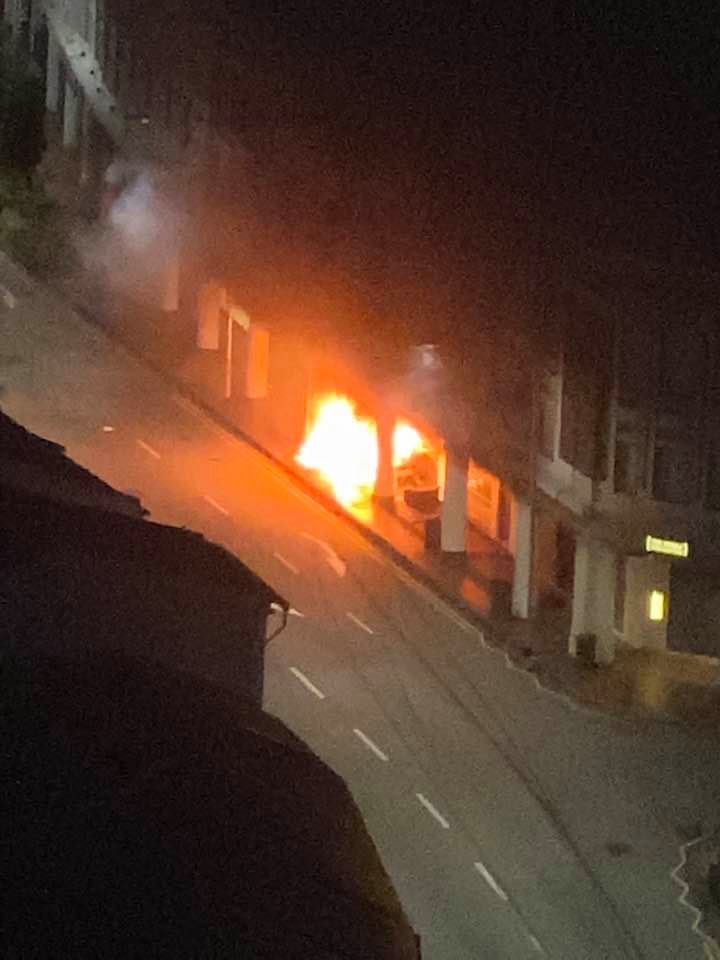 In a statement to MS News, the SCDF said it was alerted to the fire at 37 Tanjong Pagar Road at about 5.40am in the morning.

That roughly corresponds with the time that Mr Song heard the crash.

The SCDF managed to put the fire out with 3 water jets and 1 compressed air foam backpack.

Mr Song, who presumably went down to check out the scene, posted some photos of the SCDF at work. 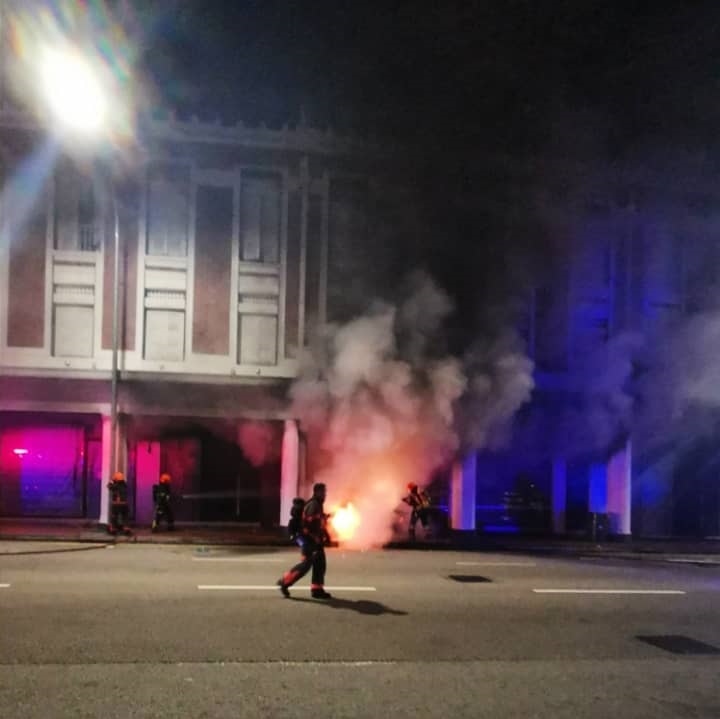 According to the SCDF, the fire involved a car and the front of a shophouse.

From photos of the incident posted by netizens, we can see a car lodged in the 5-foot-way in front of a shophouse. 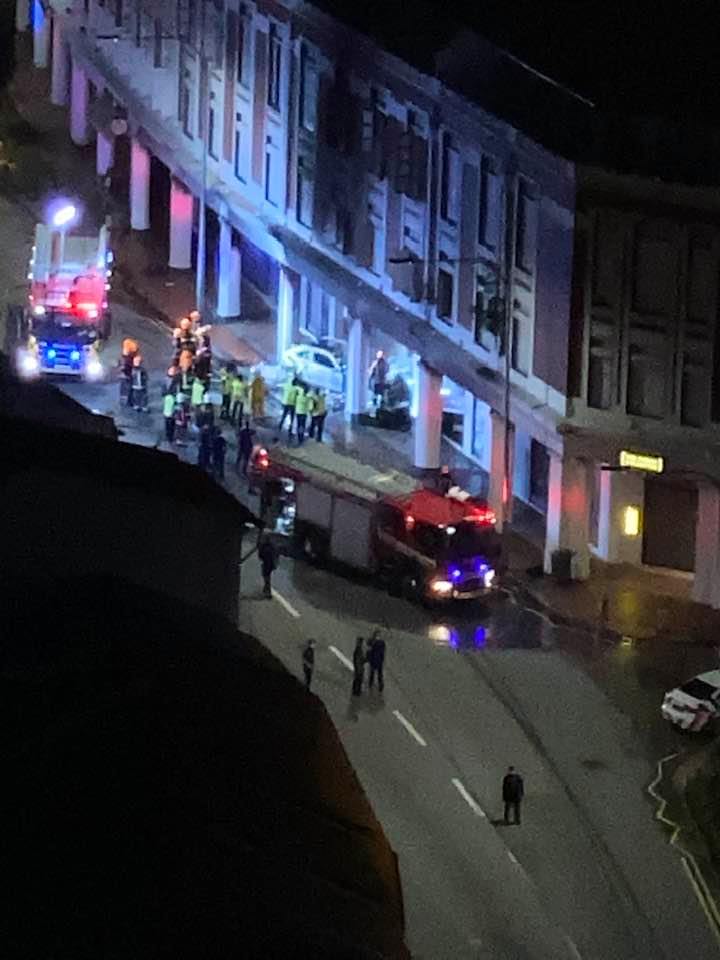 It was later reported by The Straits Times that the car was a BMW, which crashed into the front of the shophouse.

Unfortunately, 5 people passed away due to this accident.

The SCDF said the deceased were all pronounced dead at the scene. The resident, Mr Song, said he doesn’t think the driver made it. But he did see a “bloodied lady” on the sidewalk.

There was apparently 1 survivor. He or she was sent to Singapore General Hospital (SGH) for burn injuries, the SCDF said.

The cause of the fire is under investigation, they added.

Due to the accident, a portion of Tanjong Pagar Road was closed, according to the Land Transport Authority’s (LTA’s) Twitter feed.

When Mr Song went down, he saw Tanjong Pagar Road being cordoned off. 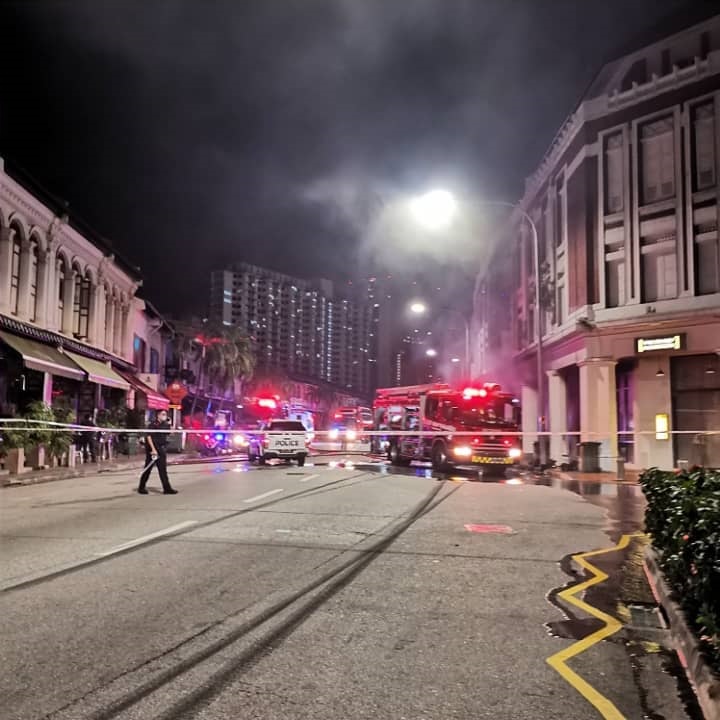 SBS Transit also tweeted that it would be diverting 2 bus services and skipping 10 bus stops due to the road closure.

While traffic isn’t expected to be heavy on the 2nd day of CNY, do take note if you’re driving or taking public transport around the area.

Condolences to family & friends of the deceased

MS News sends our condolences to the family and friends of the deceased.

Hopefully, the person conveyed to hospital will have a speedy recovery too.

Every life is precious, so if you plan on having a night out and might not be in a condition to drive safely, do consider taking a cab instead.