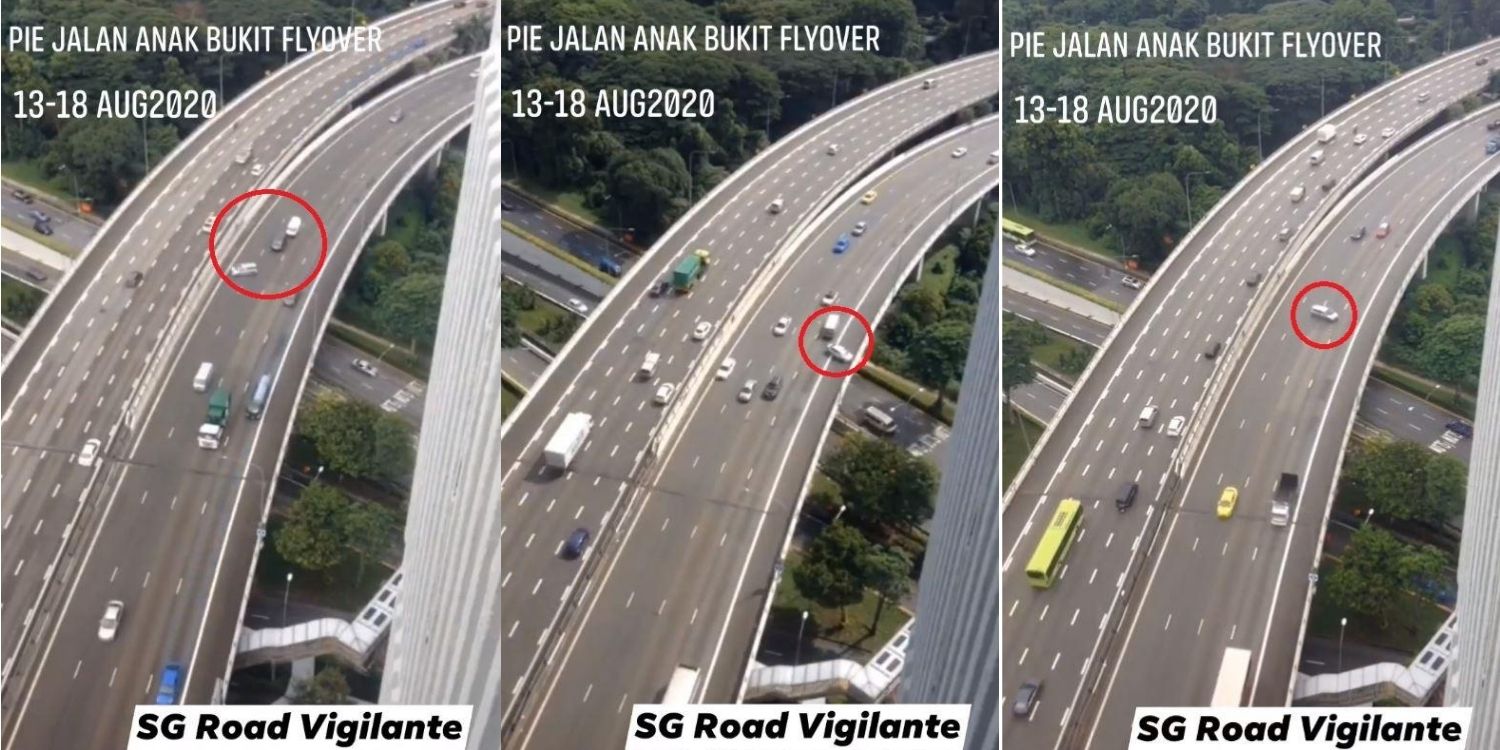 Do slow down, especially on rainy days.

In mid-August, the skies blessed Singaporeans with August showers to cool us after a spell of intensely hot, humid weather.

However, with the rain also came a series of crashes on a particular part of the Jalan Anak Bukit Flyover.

At least 4 cars have skidded dangerously at that section, careering across the road and crashing into the wall on the side of the flyover.

The problem was addressed by the Land Transport Authority (LTA), which determined that most of the accidents were caused by speeding.

In a viral video posted on the SG Road Vigilante Facebook group on Thursday (20 Aug), a series of crashes can be seen taking place on a flyover in Singapore.

From the identifying characteristics discerned from the video, the flyover is very likely to be the Anak Bukit Flyover, a section of the Pan-Island Expressway (PIE) that goes over Jalan Anak Bukit. According a caption on the video, they purportedly took place from 13 Aug to 18 Aug, a period that saw some rainy days.

All the crashes took place in cars that were travelling in the far-right, going in the direction towards Jurong.

The 1st car in the 1-minute long video was driving in the far-right lane when it suddenly swerved head-first into the wall on its right, seemingly without warning.

It then spun around and ended up coming to rest on the road shoulder. 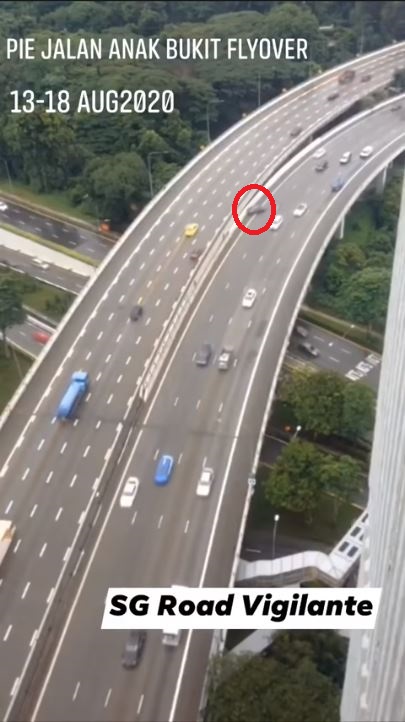 A 2nd car was also driving in the far-right lane when it suddenly swerved sharply to the left, careening dangerously across 3 lanes of cars. 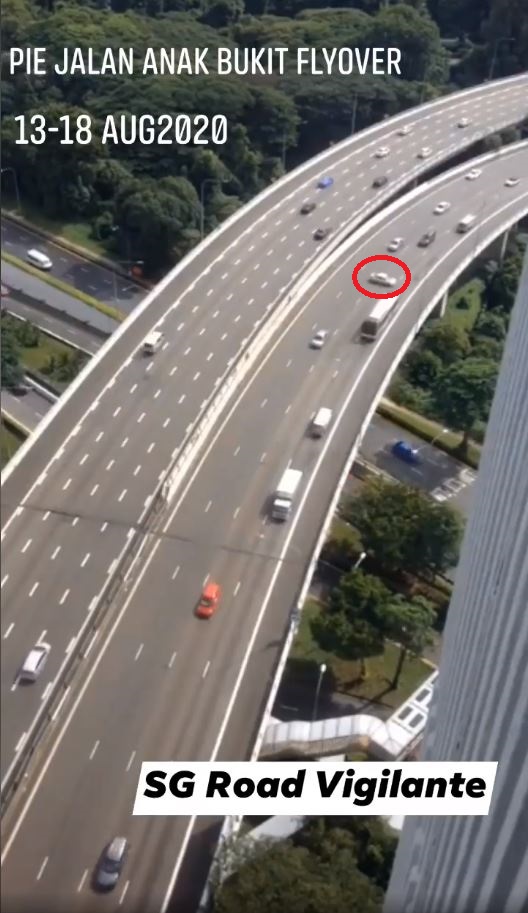 The other cars can be seen slowing down to avoid the wayward vehicle, which then comes to a stop on the far-left road shoulder.

However its rear end still protruded out into the road, and a heavy vehicle had to stop to avoid hitting it. 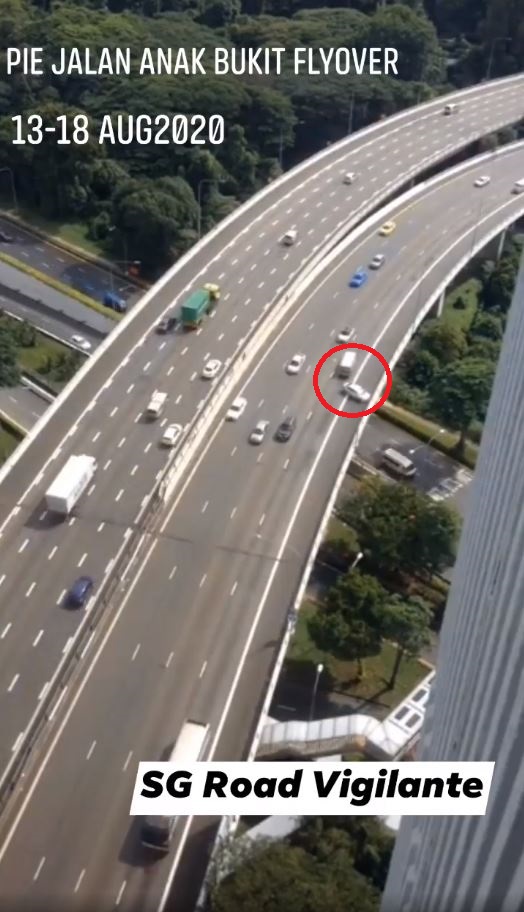 For a 3rd car – also driving in the far-right lane – the trouble starts when it veers slightly to the left, intruding upon the centre-right lane. 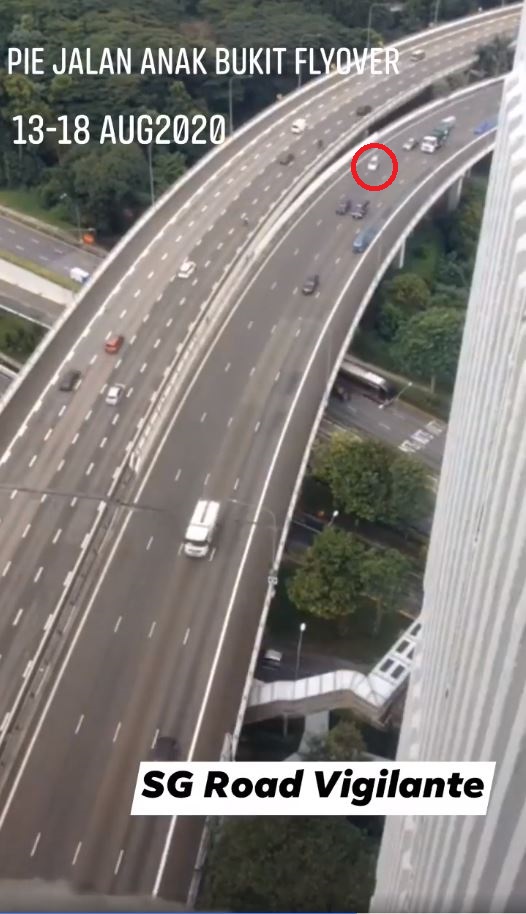 Probably due to the driver overcorrecting to the right, the car then takes a hard right turn that takes it head-first into the wall on the right. At this point audible screeching can be heard as the driver fights for his life to try to stop the vehicle.

The vehicle finally comes to a stop, and the driver tries to get back onto the road by reversing out into the centre-left lane, causing 2 cars to come to a stop to avoid hitting it. 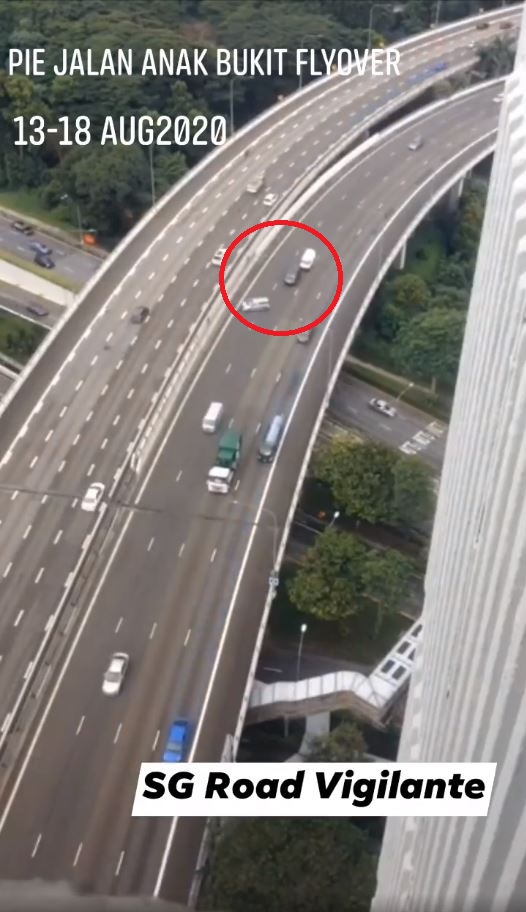 The last crash involved a car that seemed to be travelling at high speed on the far-right lane.

As it went round the bend, it suddenly swerved to the left, cutting across 3 lanes of traffic. Thankfully, there were few other cars at that point of time, or they could have crashed into it. 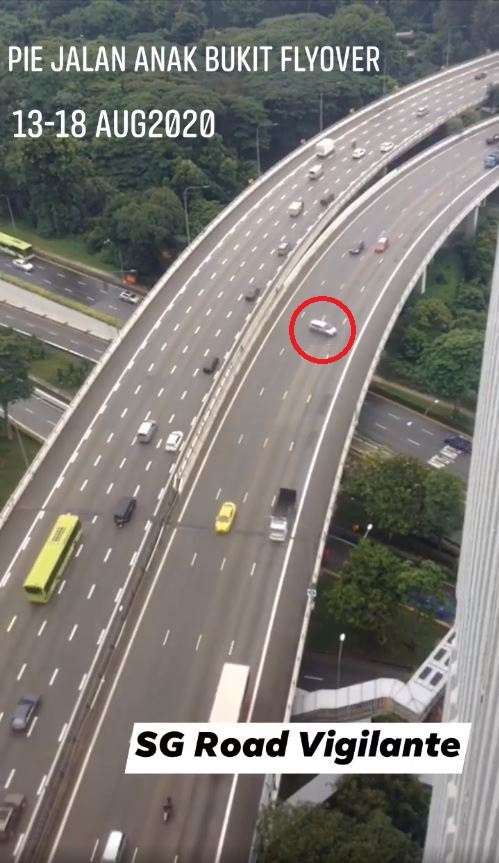 The car spun around twice, with audible screeching heard.

It finally ended up on the road shoulder on the left, with its back protruding out into the far-left lane. In a Facebook post on Saturday (22 Aug), the LTA said it has studied the segment of flyover in question.

Skid resistance readings were taken, and they’re “within the normal range”, it added.

Thus, the agency concluded that most of the accidents that happened were due to speeding.

LTA will start works next week

However, the LTA will start works on this section of the flyover next week, to enhance safety.

The LTA will also bring foward plans to resurface the coating of the segment of the PIE — that includes the road shoulder.

Do drive carefully & slow down

While the video of cars swerving wildly at high speed across a busy flyover is frightening, thankfully it seems like nobody was hurt from these crashes.

To prevent more of such accidents during rainy days, the LTA has urged drivers to slow down and take more care when the road is wet.

In fact, drivers should drive carefully at all times, not just during rainy days or on dangerous roads.

If you don’t care about your own life, do think about the lives of others, or the loved ones you may leave behind due to your dangerous driving.