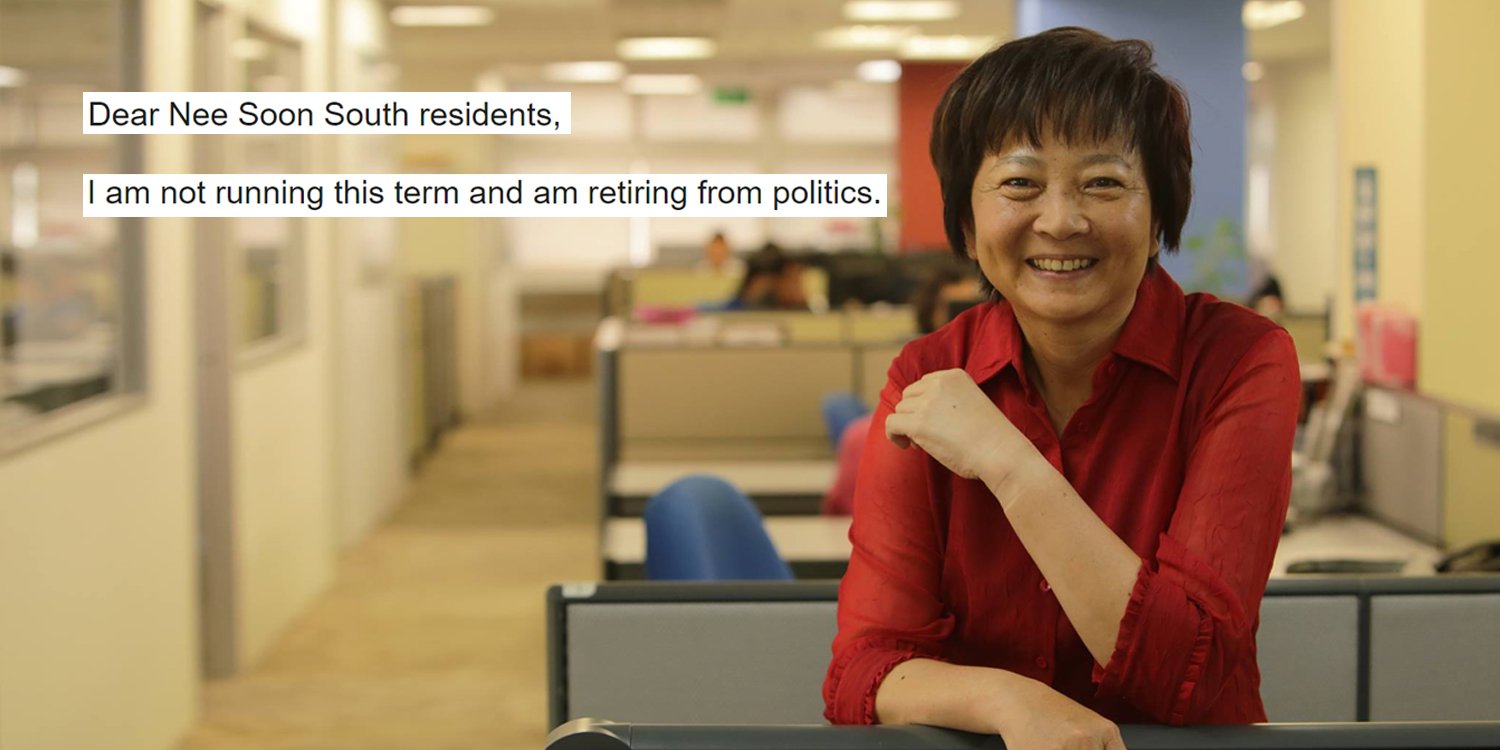 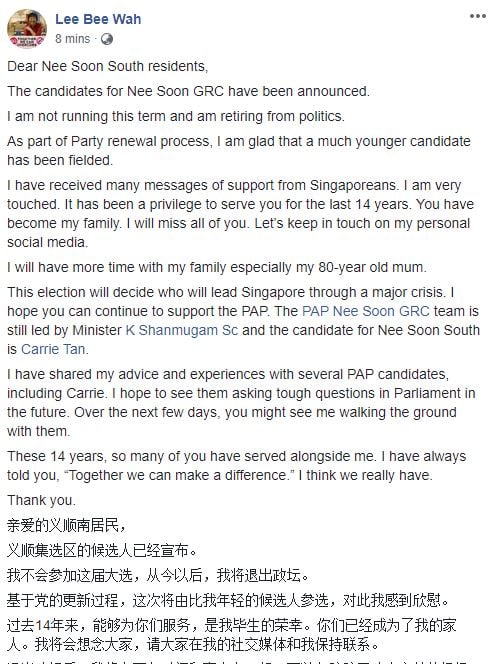 The slate of PAP candidates contesting for Nee Soon GRC have not been revealed yet.

On Monday (29 Jun) afternoon, MP Lee Bee Wah , AKA Ah Hua Jie, announced her retirement in a rather sentimental Facebook post, along with photos she took with residents. 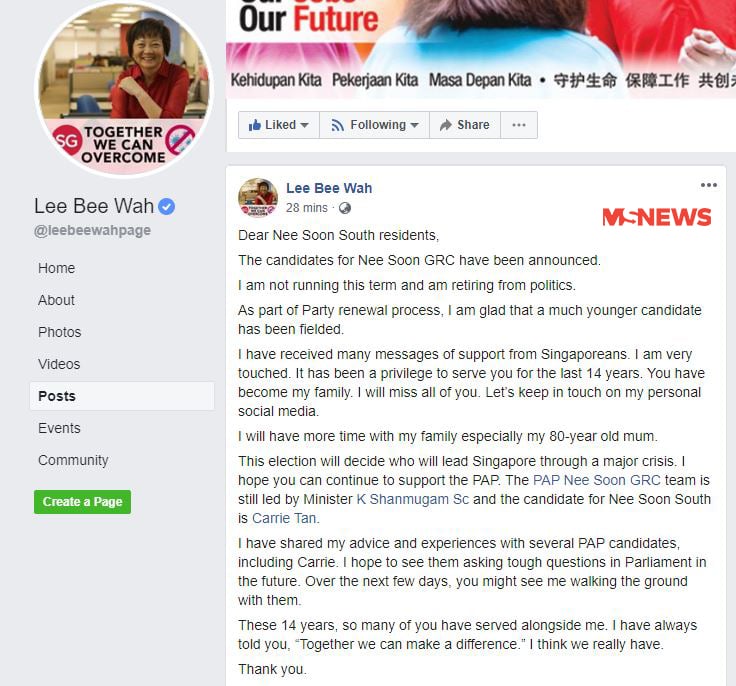 But the same post was taken down minutes later, without any explanations — heng we managed to screenshot in time.

Starting off her post, Mdm Lee said that the PAP candidates for Nee Soon GRC have been revealed — but this didn’t seem to be the case at the time of the article.

She did, however, reveal that new PAP candidate Carrie Tan will be taking over her in the constituency of Nee Soon South. 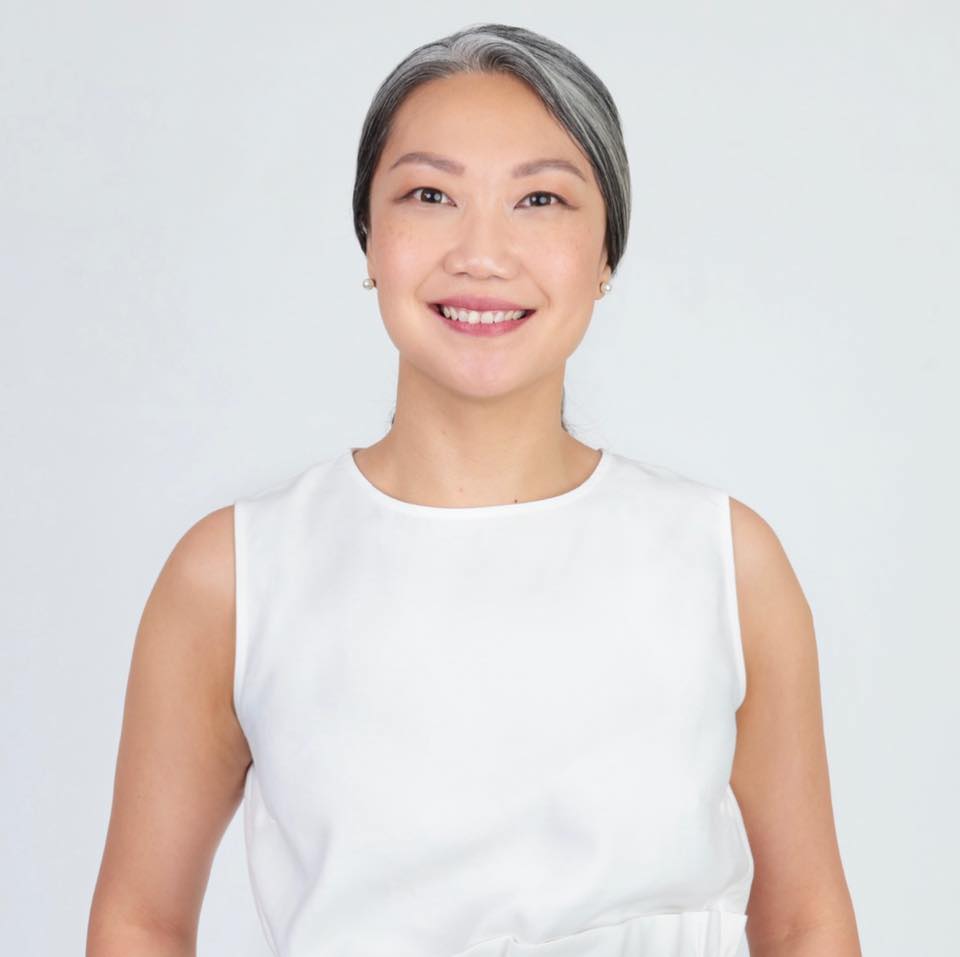 In her post, Mdm Lee explained that she’ll be retiring from politics as part of the PAP’s renewal process, and said she’s glad that she will be handing over the baton to a younger candidate.

Despite not contesting for the upcoming election, Mdm Lee said she’ll continue to walk the ground with them over the coming days. 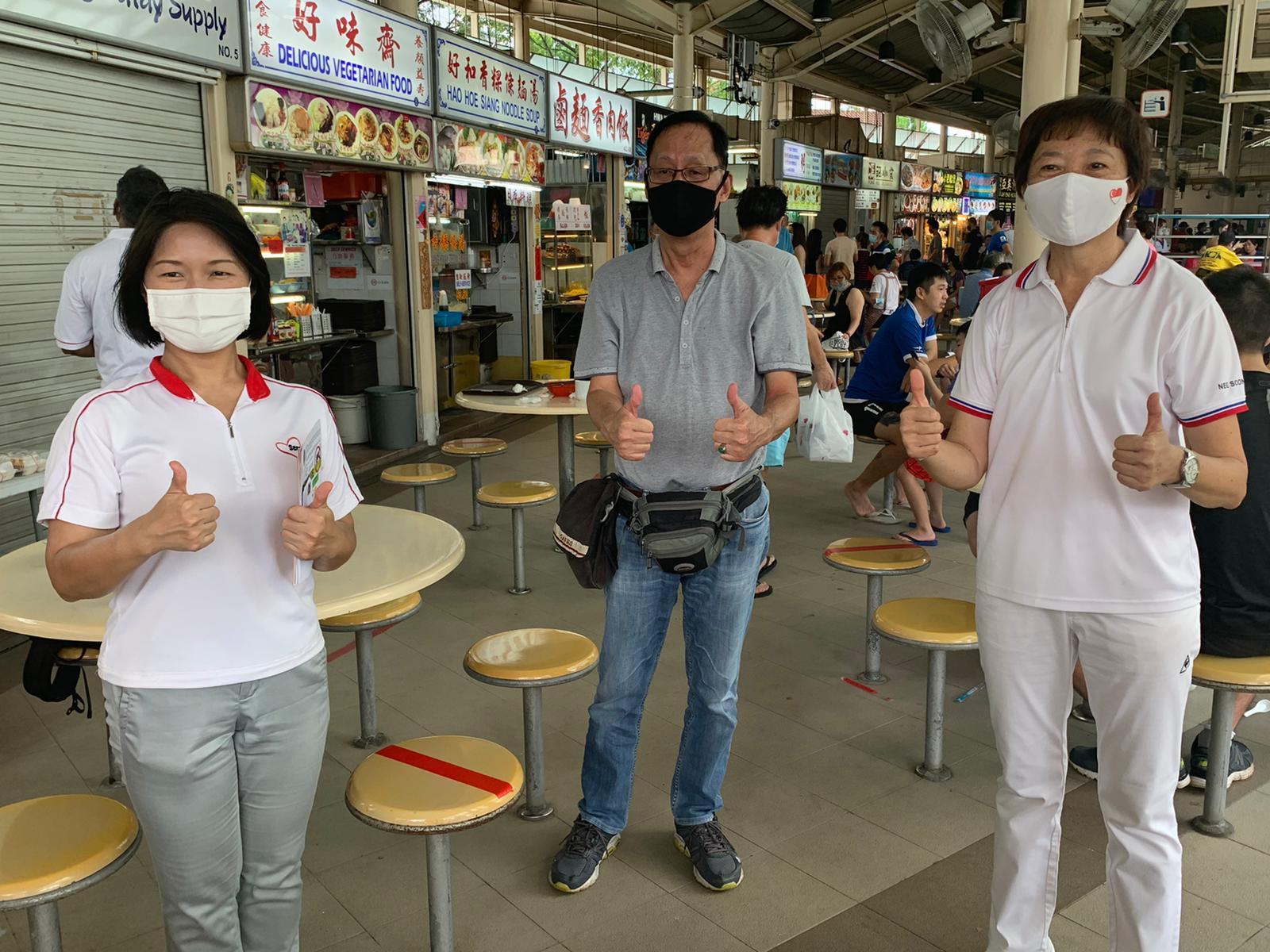 The 59-year-old also thanked Singaporeans for all the support they’ve given her throughout her 14 years as a Member of Parliament.

Calling them “family”, Mdm Lee said she will miss all of them and hope to keep in touch through her social media. 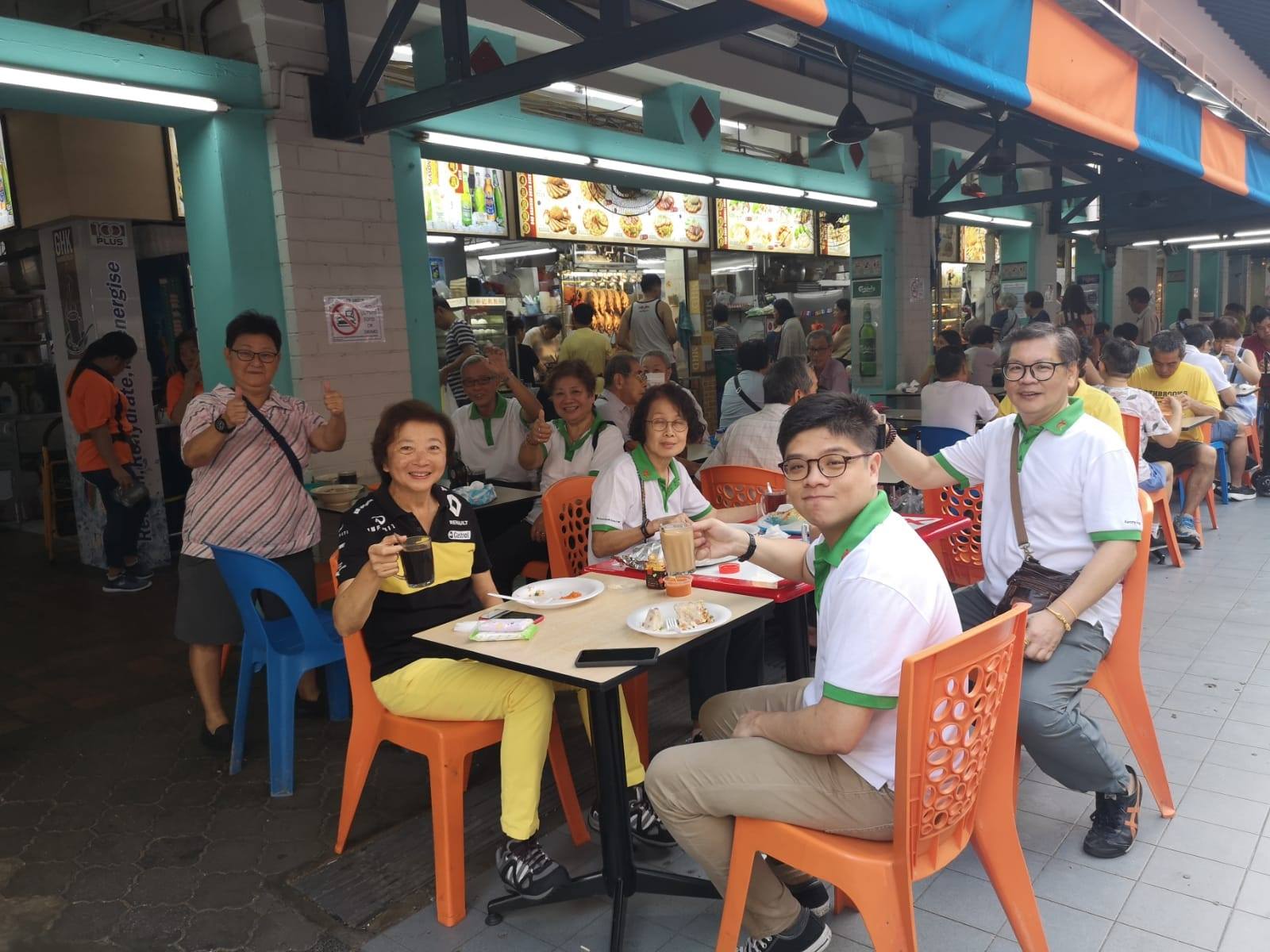 Given how detailed and heartfelt the message was, there’s a high chance that it’s a pre-written post confirming Mdm Lee’s imminent retirement.

Mdm Lee might not be the most eloquent speaker in Parliament, but her passion to serve Singaporeans shines through in all her speeches.

Her fiery and relentless attitude in one recent exchange with Health Minister Gan Kim Yong is proof of this:

You may not agree with everything she does, but you cannot doubt the level of commitment she has displayed over the years when it comes to serving Singaporeans.

Do you think Mdm Lee Bee Wah will be retiring from politics? We guess only time will tell.