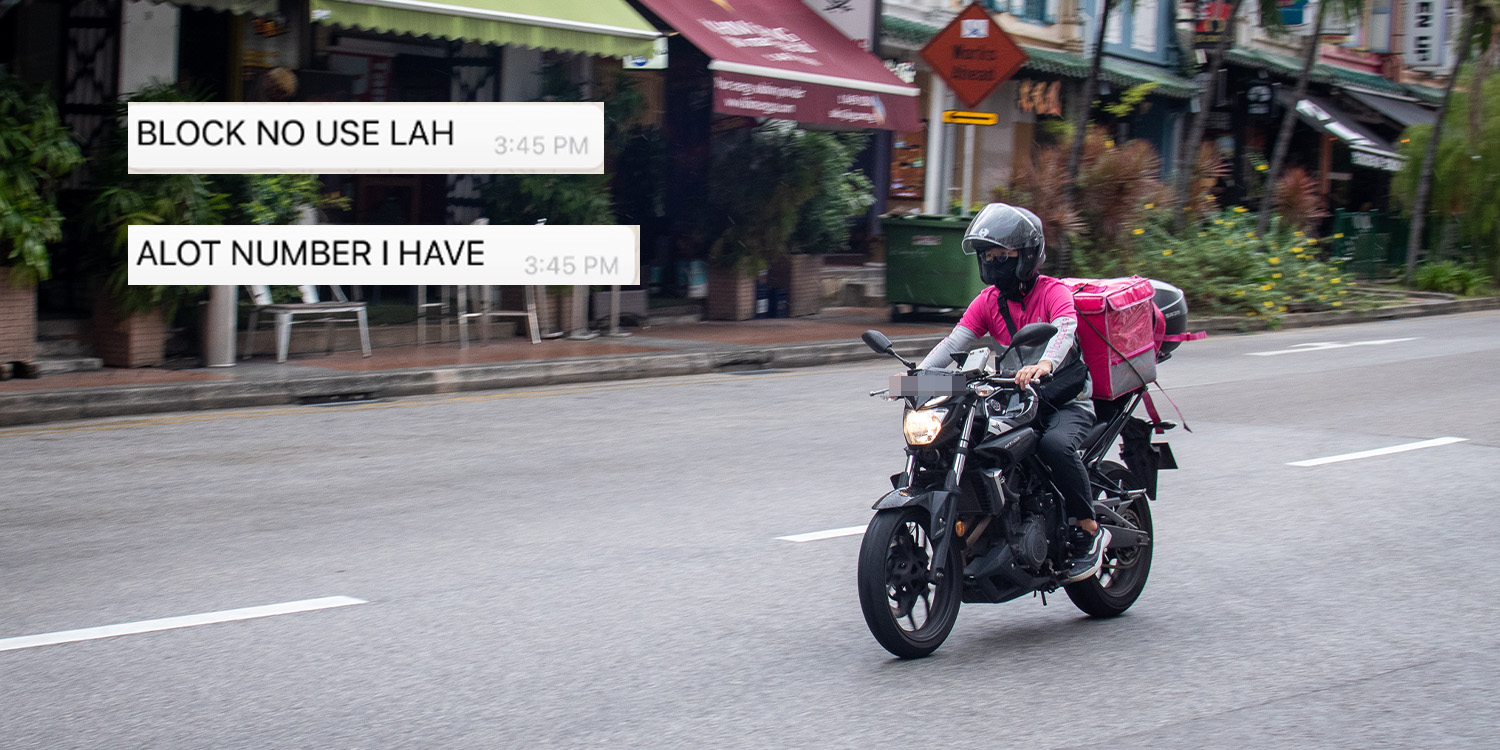 The helper had fallen prey to scammers.

Earlier this month, several delivery riders turned up outside an HDB flat in the East, allegedly sent by illegal moneylenders.

It turns out that one of the occupants of the flat, a domestic helper, had run into debts after falling prey to scammers.

The moneylenders then submitted several Foodpanda cash-on-delivery orders to the employers’ address as an act of harassment.

Due to the incident being reported on media sites and social media posts, her employers have faced additional harassment from the moneylenders.

The couple, both of whom work in the healthcare sector, have come out with their side of the story to clarify the matter.

The couple’s story begins with some context. Both of them work in the healthcare sector — the husband works with agencies to ensure that essential workers and frontliners have personal protective equipment (PPE), for example.

Meanwhile, the wife is a medical doctor who returned to work from maternity leave only a few months before Covid-19 struck.

Due to their jobs, the couple engaged a domestic helper to assist in caring for their son, and she has been a big help.

They share that they treat her as part of the family — eating what they ate and coming along with them on family outings.

The helper even received a year-end bonus and pay raise even though it wasn’t stated in her contract. The couple told MS News,

We tried to be as good as an employer could possibly be to her, just as how we had hope to be similarly treated as employees ourselves.

The above, they said, is to provide context, and the couple doesn’t seek credit for what they do.

On the other hand, they find it a privilege to perform this “national service” for a country that’s given them so much.

Found out helper went into debt due to scammers

On 5 Mar, the couple found out that their helper had borrowed money from multiple illegal moneylenders.

This was because she’d fallen prey to scammers and lost a “substantial amount” of savings.

As a result, she borrowed from illegal moneylenders to repay them so that her employers wouldn’t ever need to find out about the debts.

But when the husband received a call from a moneylender harassing him into paying their helper her salary, the couple took action and made a police report.

“And so, our nightmare began”, they said.

The next day, on 6 Mar, the couple received more texts and phone calls from multiple local and international numbers.

This was followed by a Foodpanda delivery rider appearing at their door with an order, sent by a Malaysian number for cash-on-delivery.

The couple had to explain to the poor rider that it was perhaps a prank, and he left.

Then, they tried to contact Foodpanda to block subsequent orders, but to no avail as there was no clear-cut hotline number to reach out to.

Soon, multiple other riders arrived, but none of them could contact Foodpanda to block future orders addressed to the couple’s address.

They thus contacted the police, who they said were swift to respond.

Although the couple hoped that the harassment would die down after cooperating with the police, some people captured the scene that took place outside their flat.

This led to various articles and posts about the incident on Sunday (7 Mar), and the couple found out that they stemmed from a Facebook post that was particularly inflammatory.

More new numbers sent them texts on Monday, appearing to taunt them with the media links.

The couple questioned how a supposed observer could simply jump to conclusions and subsequently post a remark that included “O$P$”.

Hopes loanshark harassment will stop, asks them to repent

Actions have consequences, the couple said, and they condemn the sites that ran the story which further perpetuated the harassment from the loanshark.

This has resulted in potential safety threats to them and their loved ones.

The couple also pleads with the illegal moneylenders to stop and repent, saying “it is never too late”.

The harassment happened to come in when she wasn’t working, and given her occupation, she could’ve been saving someone if the calls came in on another day.

She asks them to think about what if that life is their own family or loved one.

Police investigations are still ongoing. Asked if the harassment has stopped, the couple said they’re still receiving harassment calls, though this has improved from the initial days.

While the couple do not dispute that their helper may not have been in the right, they also do not condone the illegal harassment that followed.

In the meantime, the couple hopes that there’ll be a resolution to their predicament, and thanks their families for sticking with them through this difficult time.

Pranking residents with Foodpanda orders not only affects the ones who live there, but also the poor riders who won’t receive any money for their job.