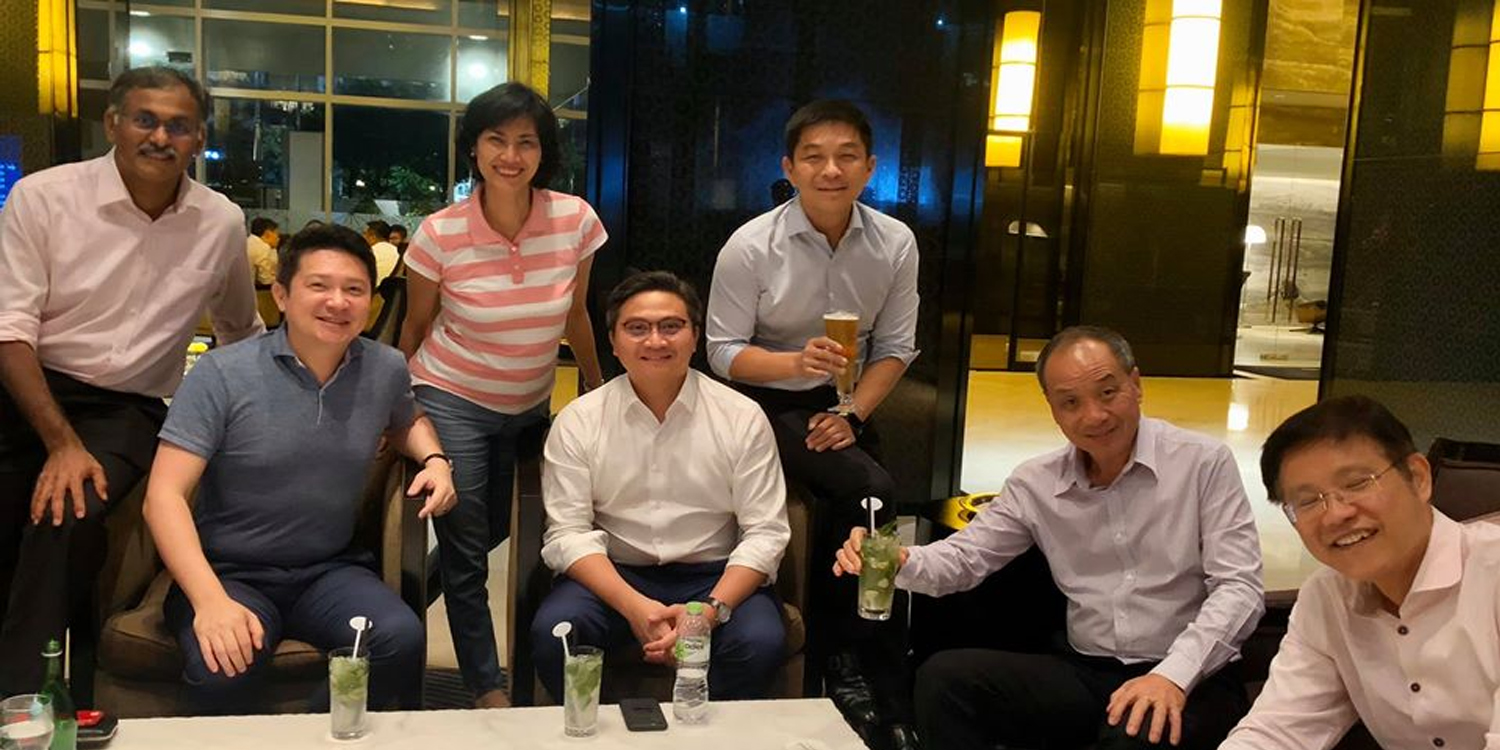 In Jakarta, the delegation met with H.E. Bambang Soesatyo, Speaker of the People’s Consultative Assembly. They spoke about bilateral relations between the countries as well as of current concerns.

At night, the delegation joined their Indonesian counterparts for a nice dinner in Jakarta.

Tan Chuan-Jin wrote in his Facebook post that while chatting with a member of Indonesia’s People’s Representative Council Meutya Viada Hafid, he learnt that she used to study in Crescent Girls Secondary School and once lived in Telok Kurau.

After dinner, the delegation gathered for a short catch-up at the lobby with drinks.

This is why it is good to occasionally have lighthearted gatherings like these to develop friendships.

Our Singaporean politicians even took a group photo together
Source

This isn’t the first time the PAP and WP have put up a united front when travelling overseas.

In Aug, Pritam Singh travelled to Thailand as part of a similar delegation, also led by Mr Tan. Back then, he posted the following on Facebook:

Our parliamentary democracy give us the platform to have different views represented in Parliament and to debate and criticise ideas and policies. But once we leave our shores, a broadly united front amongst all parliamentary MPs is consistent with the better future we in the WP seek for Singapore.

It is very heartwarming to see the politicians coming together and sharing what seemed to have been a delightful evening.

Yes, they may be from different parties and may have even crossed swords during parliamentary sessions, but at the end of the day, all of them have a common goal — to do good for Singapore and Singaporeans.

Kudos to all members of the delegation for representing Singapore in this recent visit to Indonesia!