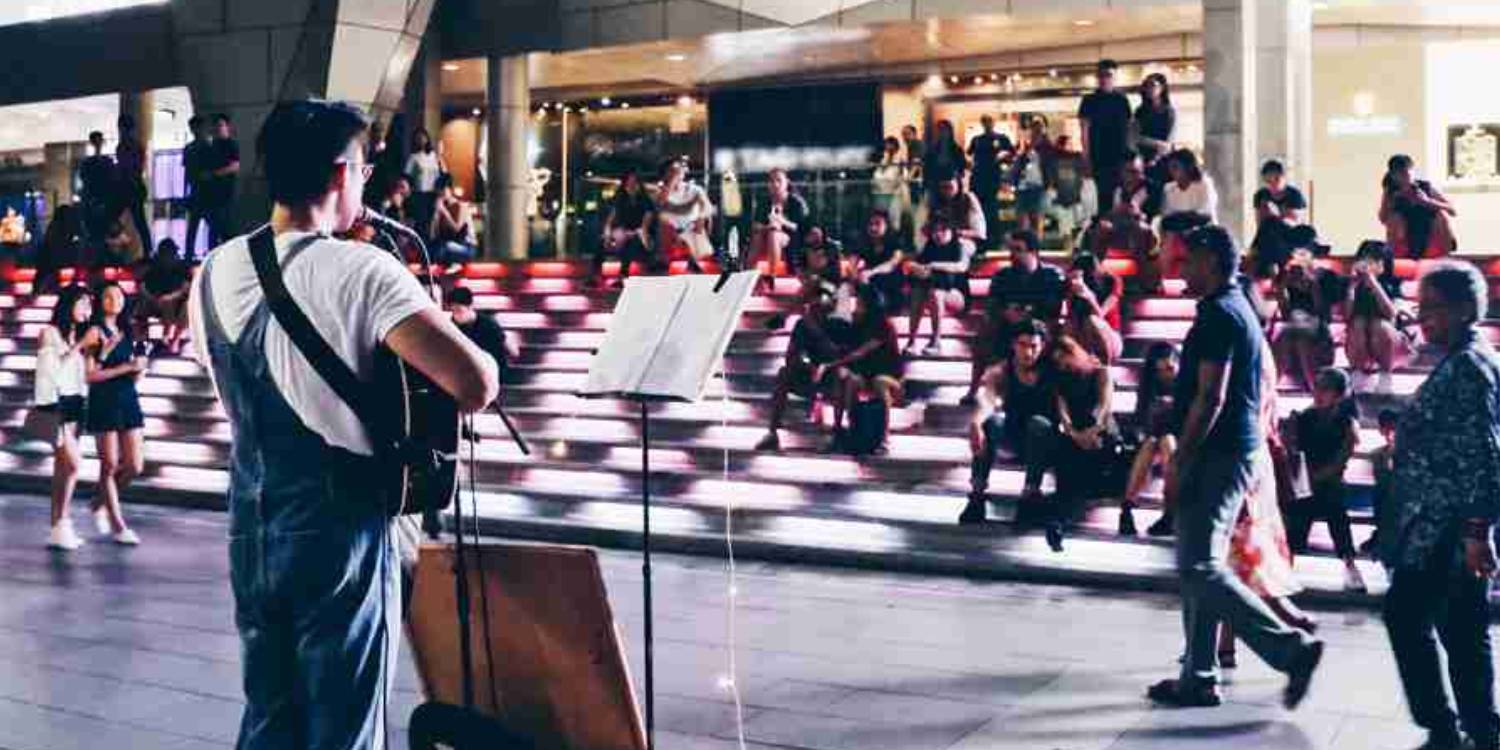 NAC said it was advised by SPF to block the locations.

On 14 Nov, buskers who have a permit with the National Arts Council (NAC) were informed via email that they will not be allowed to perform at locations around Orchard Road during the peak festive period in December.

The dates and times that were blocked off are most of the Fridays and Saturdays, from 7-10pm, that month.

Buskers have responded with unhappiness as the decision appeared to have been made without consultation with them.

They have also expressed concerns that blocking off these spaces for buskers during these periods would affect not only their livelihoods but also the festive atmosphere at Orchard Road.

Before the Covid-19 pandemic, buskers had been able to perform there while adhering to regulations.

In an email seen by MS News, Aux Media Group informed buskers on Monday (14 Nov) that busking will be disallowed at these locations on certain Fridays and Saturdays in December:

These restrictions will be in effect at the following dates and times:

According to the email, there is an anticipation of larger crowds around Orchard Road leading up to the festive season around Christmas and New Year’s Eve.

An email from Aux Media Group to all buskers in Singapore

The decision to block out the timings apparently came “with considerations for public safety and advisories from the relevant agencies”.

Busker Bryan Wong told MS News that there was no hint of the decision from the authorities prior to the email on Monday, nor had there been any discussion with buskers about the move.

Jonathan Goh also said that while there were many dialogues and meetings with NAC previously, he noticed that they would “improve something slightly and give us…really bad news right after.”

The Buskers’ Association co-chairman said the group assists and supports current and new buskers in their busking journey in Singapore. They ultimately hope to make busking one of the major street cultures here.

Mr Goh claimed that since NAC launched the new online busking booking system in April, locations have been blocked without consultation with buskers.

“The E-Portal system would have been good if there was collaboration, but right now it’s all just a top-down decision process,” Mr Goh said.

“When they do it during peak events like Christmas, it especially heavily affects the income that we earn for the month,” Bryan also shared.

Bryan told MS News that he had been looking forward to performing in Orchard during the Christmas season for the first time this year. But after seeing the news, he felt incredibly incensed, not only as a busker, but as an artist and Singaporean who loves the festive atmosphere in Orchard.

As we are always listening to Christmas muzak in shopping malls, live performances (in Orchard) provide a much-needed breath of fresh air.

Although Bryan understands that there are safety concerns, he also said that buskers have been able to work with mall security to perform during this period in previous years.

“The buskers have proven themselves, but NAC has decided to invalidate all their efforts with this one move. It’s incredibly maddening,” he said.

Said Jonathan, “The buskers are always keen to work with any stakeholders willing to give us a spot. We have worked with so many different agencies and companies in Singapore. But it always felt like, we are only useful when they don’t have anything and throw (us) aside once they are done with us.”

She noted that buskers can now perform at over 70 locations across Singapore.

According to Ms Ng, the Singapore Police Force (SPF) had advised NAC to suspend activities at eight busking locations, out of a total of 12 along Orchard Road in anticipation of larger crowds.

Addressing concerns about some buskers’ exclusion from discussions, NAC and the Orchard Road Business Association (ORBA) said they worked together to inform buskers of the upcoming change.

Buskers can still perform at Orchard Road during non-peak hours

Ms Ng added that buskers will still be able to busk at Orchard Road at these timings:

Other busking locations will continue to be available too.

In the past, authorities issued advisories to remind buskers of crowds at locations with high footfall. They thus continue to seek buskers’ cooperation to minimise crowds and keep such spaces safe:

It is important for the busking community, venue partners, authorities, and various stakeholders to work together to bring vibrancy to the streets of Singapore in a safe manner.

Ms Ng also seeks buskers’ understanding to continue exploring new locations including other popular and high-traffic ones such as:

By performing at these places, buskers can bring their art closer to more Singaporeans, in residential areas where they live and play.