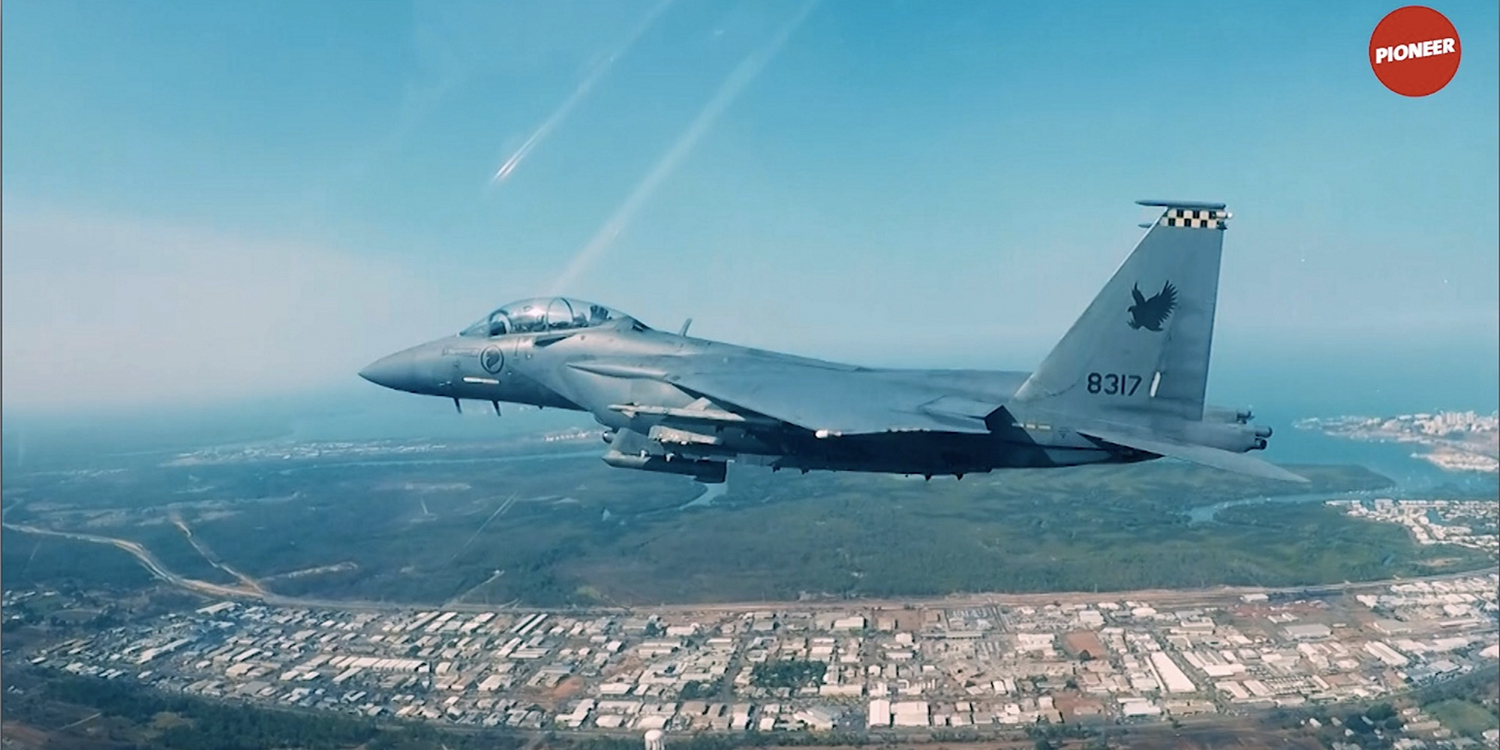 Measures to thank frontliners for their bravery and sacrifices made through the Covid-19 pandemic hasn’t always gone down well with Singaporeans.

The latest one, a display of F-15 fighter jets flying over hospitals and residential areas as a tribute to frontliners has gotten a nurse worked up over the irony of using military aircraft for such a purpose.

She took to Facebook to air her thoughts on 4 Aug. 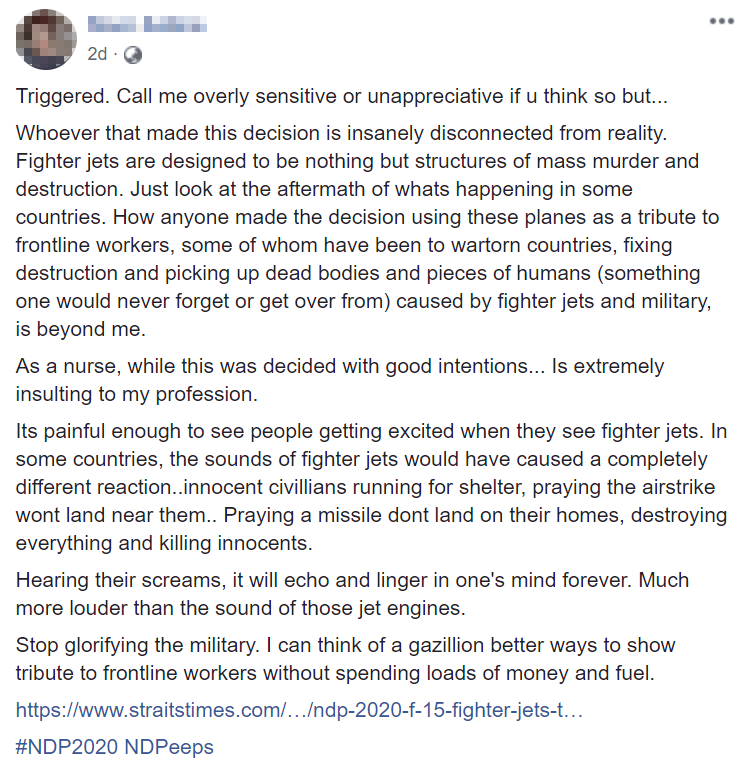 Although she was against the idea at first, after others talked to her, she compromised on her stance somewhat.

Ironic to use fighter jets and thank frontliners

The nurse explains that it feels ironic to use fighter jets to thank frontliners. 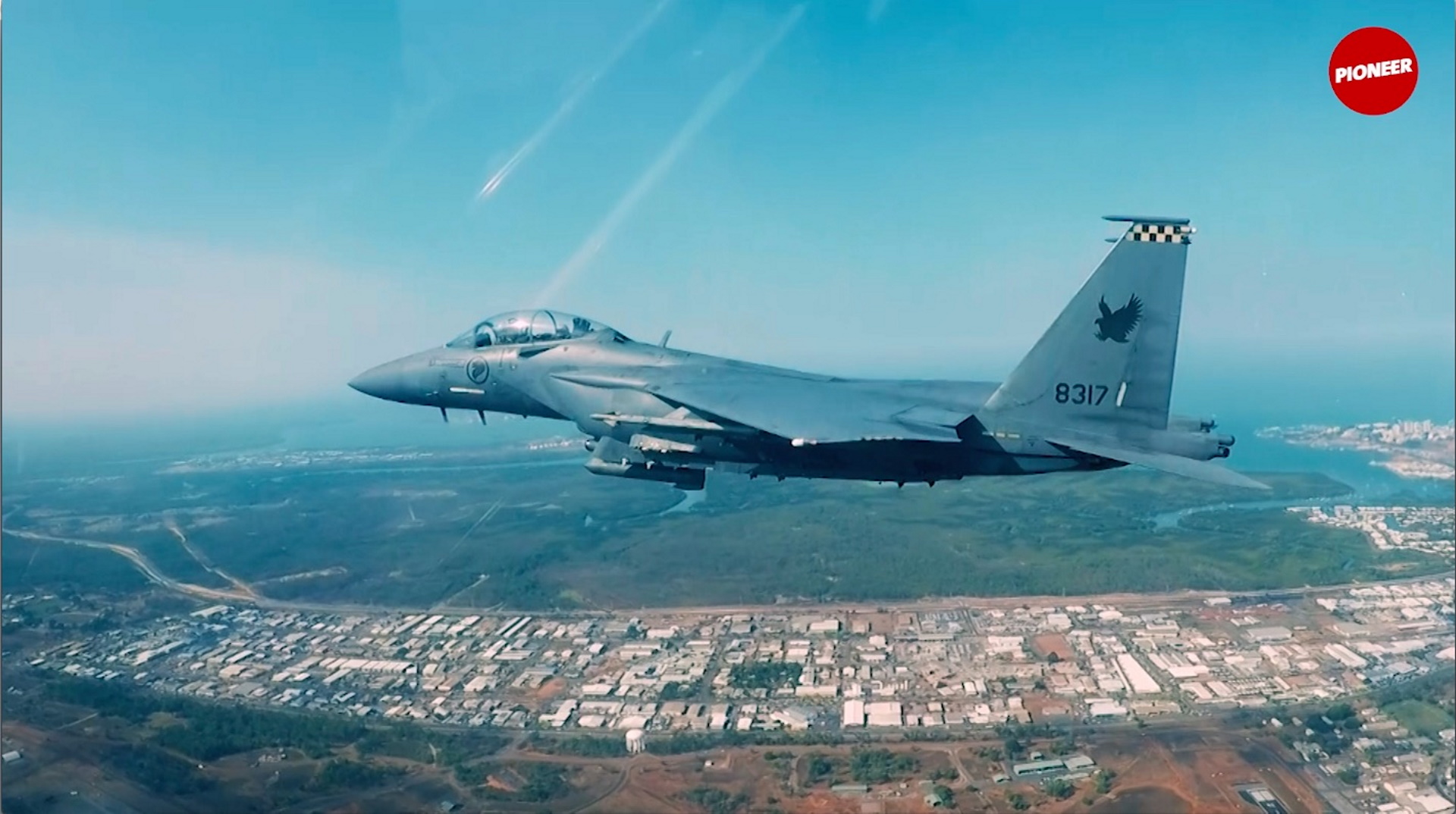 This is because of jets’ usage as death machines. She feels that the F-15s only bring death and destruction, and thinks it’s an insult that they should be used to pay tribute to nurses, some of whom have been to wartorn zones.

In other countries, she says, people wouldn’t be excited about hearing incoming jets — they’d be running for cover, hoping that they aren’t bombed.

She suggests that the money used go to a better tribute for the frontliners instead of having fighter jets thank them.

2 days after the initial post, the nurse edited it to include a reply from an anonymous solider, who weighed in on the fighter jets’ symbolism. 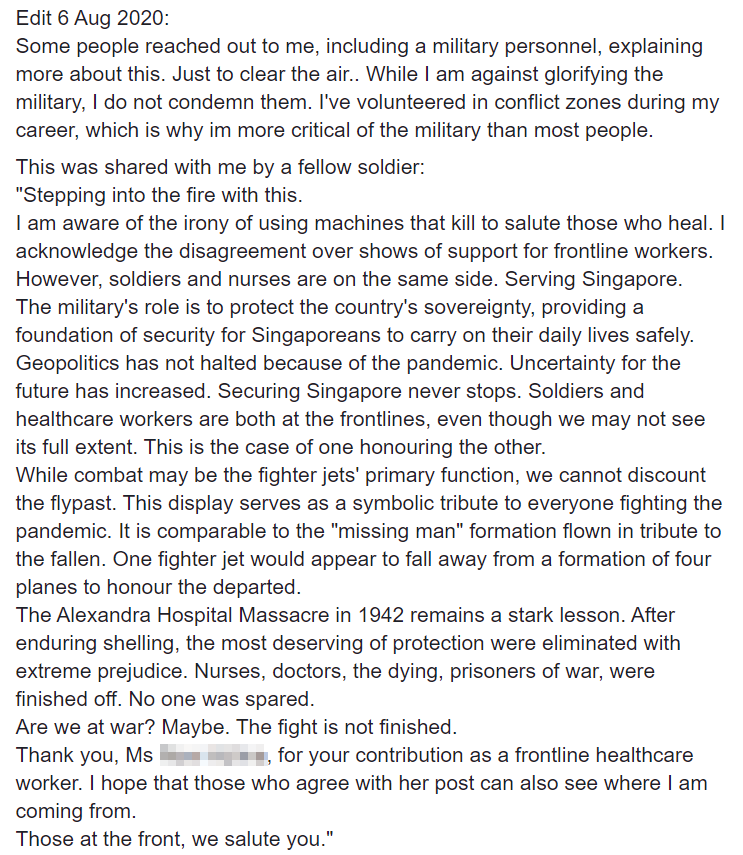 He explained that while the irony isn’t lost to him, soldiers and nurses serve Singapore on the same side.

Both are on the frontlines fighting the invisible virus that is Covid-19, even if many can’t see the full extent.

The flypast as a tribute, to him, is not incomparable to the “missing man” formation that the military use to remember a fallen soldier.

Privilege to be able to watch flypasts

After hearing the replies and reading up more about the use of flybys, the nurse acknowledged the tribute aspect of the fighter jets. 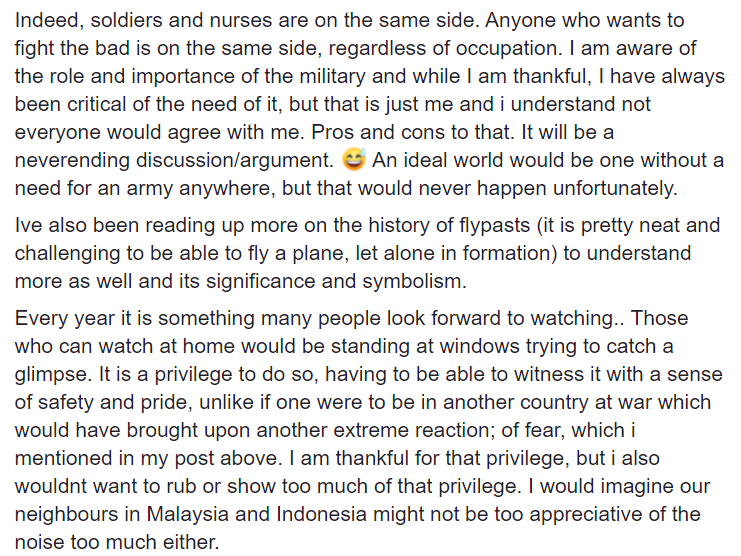 However, due to noise concerns she still feels that choppers are better – and slower – as a tribute. She also apologised if her original post appeared insensitive to military personnel.

While the military holds a negative connotation in many parts of the world, Singapore’s military serves as a self-defence unit.

Perhaps we’re in a position of privilege that we can see the military here as something to get excited over.

At the same time, there were probably no ill-intentions in making a flyby tribute, given it’s commonplace to do so.

As long as the message is there, there are probably no wrong sides to this discussion — we all want to show our appreciation to frontliners, after all.

Kudos to the nurse for listening to the other side of the argument as well. What do you think of the flyby tribute to frontliners? Let us know in the comments.