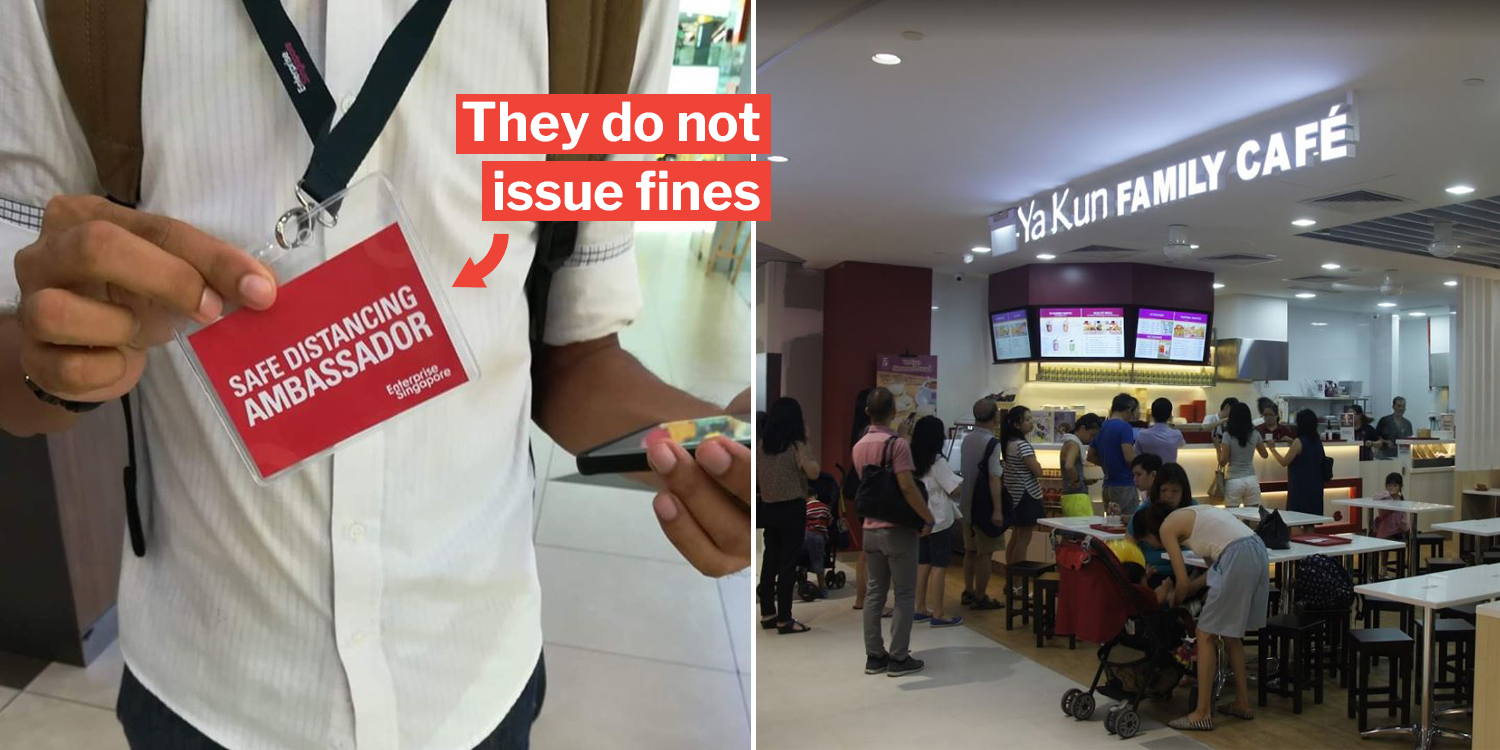 If you’ve been on social media or WhatsApp yesterday (27 Mar), you must’ve seen messages circulating about a safe distancing ambassador issuing a $300 fine to a customer for seating on a seat marked as not to be occupied.

Here’s what it looks like, in case you have not seen it. 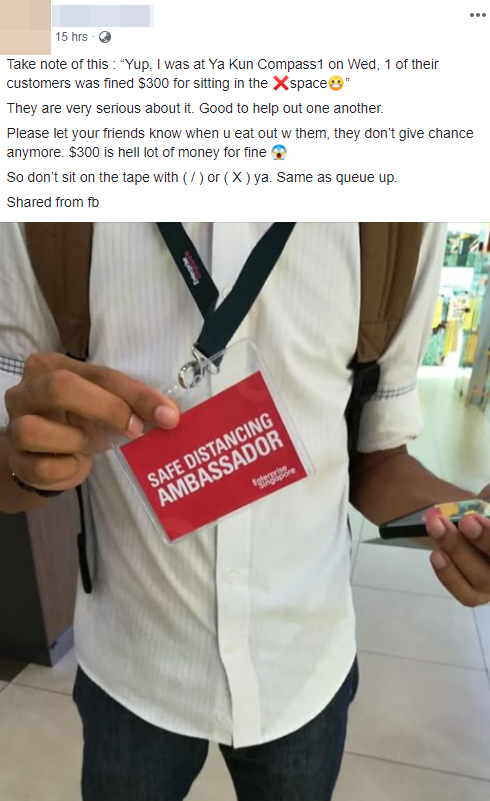 On Friday (27 Mar) night, Enterprise Singapore took to Facebook to debunk such rumours. 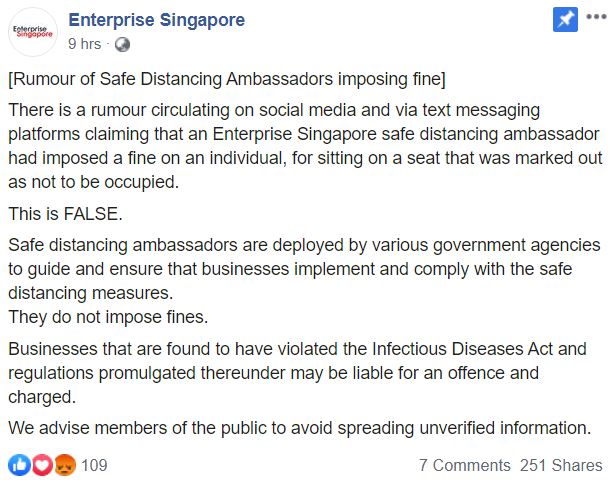 In the widely-circulated message, a customer at Ya Kun Family Cafe’s Compass One outlet was apparently fined $300 for sitting on a seat with the “X” sign. The seat in question was probably marked as not to be occupied. 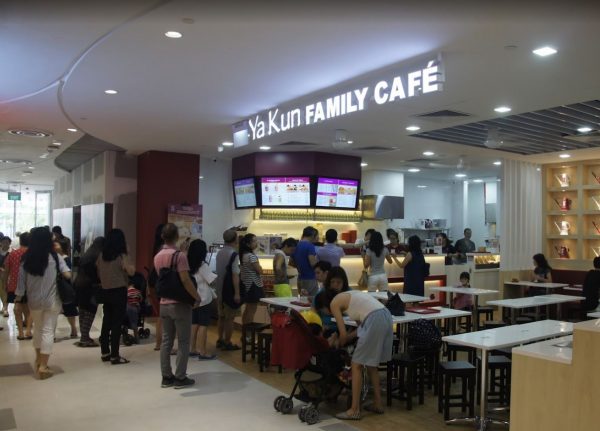 Ya Kun’s outlet at Compass One
Source

The person who issued the fine allegedly had a lanyard on him with a label that reads “Safe Distancing Ambassador”. 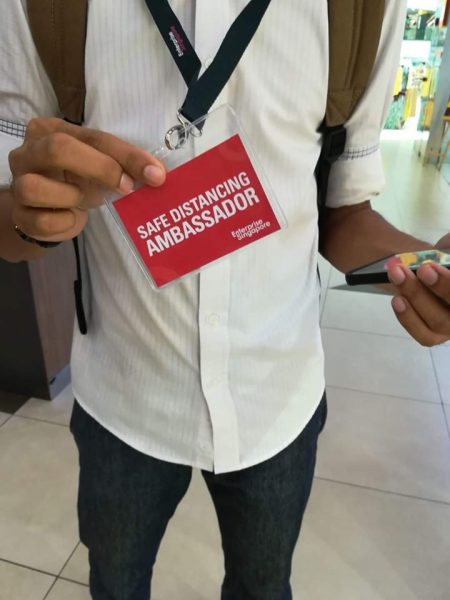 Enterprise Singapore’s logo was also printed on the label, suggesting that the officer was from the statutory board.

The message then warns receivers to be cautious when eating out with friends, as they – presumably referring to the Safe Distancing Ambassadors – “don’t give chance” any more. 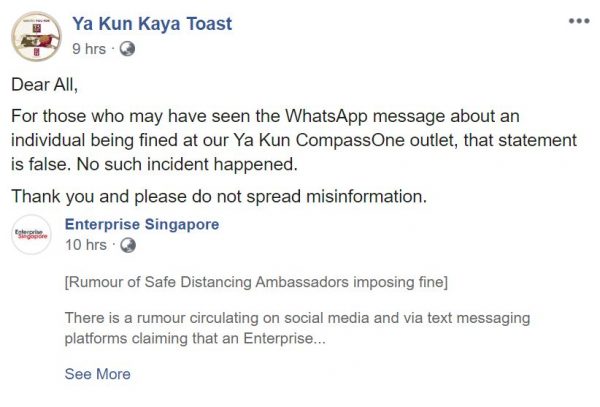 In the post, they clarified that Safe Distancing Ambassadors are deployed to ensure businesses “implement and comply with the safe distancing measures”.

They do not issue fines.

Enterprise Singapore also urged members of the public to not spread unverified information.

As folks from Gov.sg so accurately put it,

Good that government is debunking fake news so quickly

We are glad that government bodies are coming out to debunk such false rumour swiftly.

Let this be a reminder for everyone to not spread unverified rumours which could lead to unnecessary panic and confusion.

The Covid-19 outbreak is bad enough, let’s not make the situation worse than it already is.