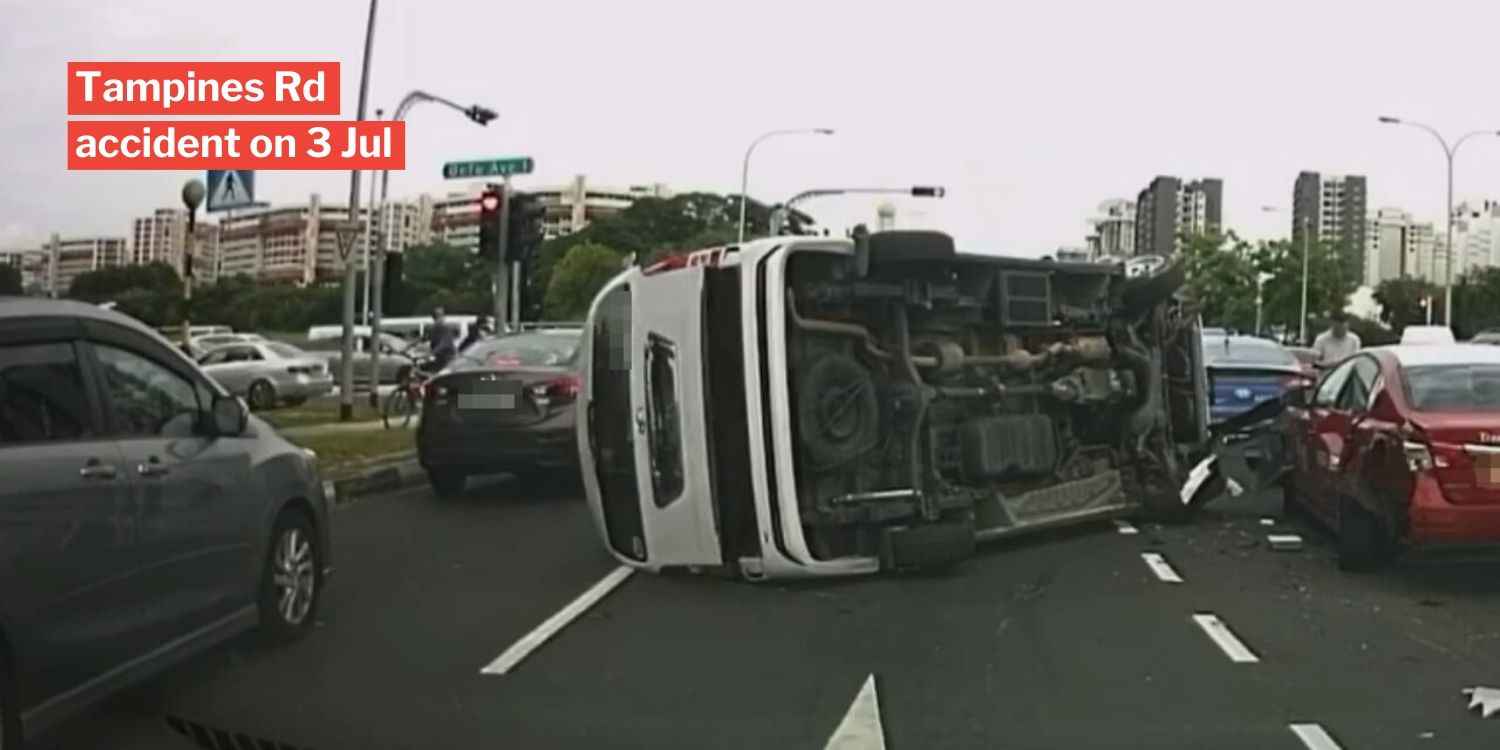 It’s been a while since students of all ages returned to school after ‘Circuit Breaker’, and life is gradually returning to normal.

But things were a little out of the ordinary for some young children this morning (3 Jul) when the school van they were in flipped over on a road in Tampines.

The clip on Facebook page SG Road Vigilante has gone viral, with over 1,000 shares in the first 2 hours.

The start of the clip shows vehicles in the right-turning lanes coming to a stop at the traffic light, while those going straight keep moving.

A white van or minibus in the center lane, however, appears to slow down, as it moves slightly to the right. 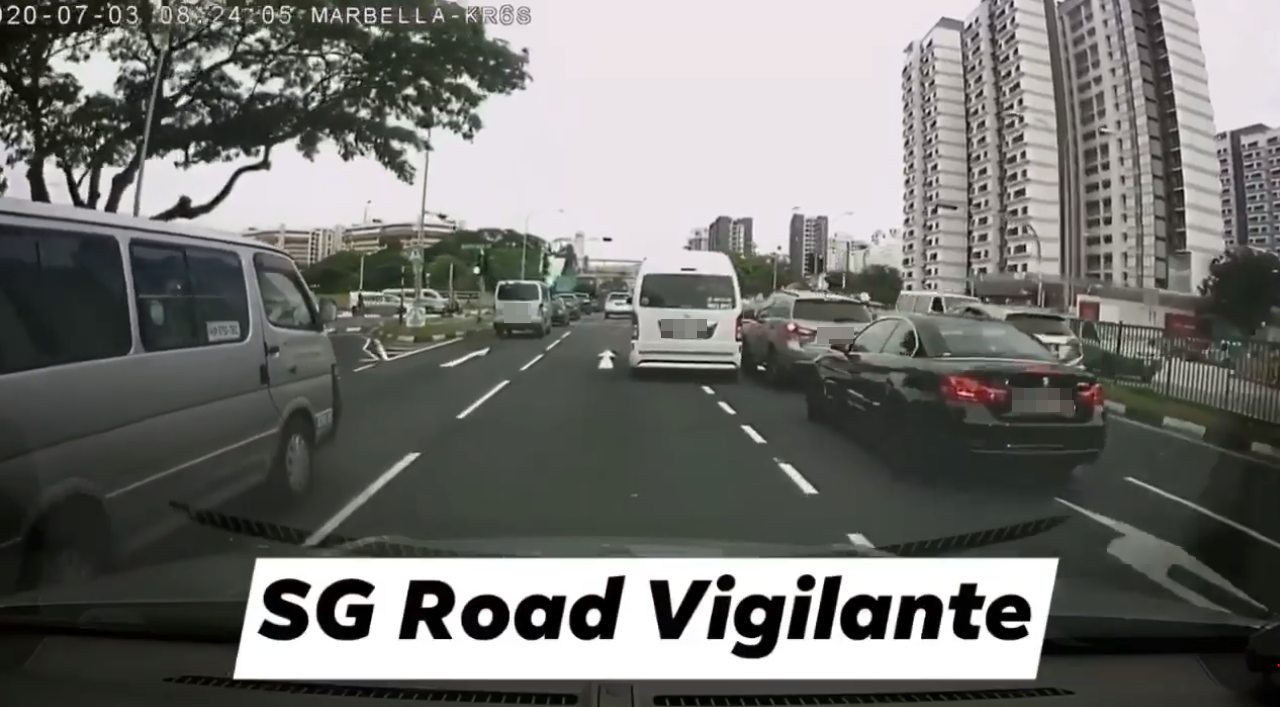 The right indicator light does not seem to be flickering. As the driver tries to squeeze between the cars in the right-turning lane, he hits a red Trans-Cab taxi, instantaneously causing the van to flip over onto its side. 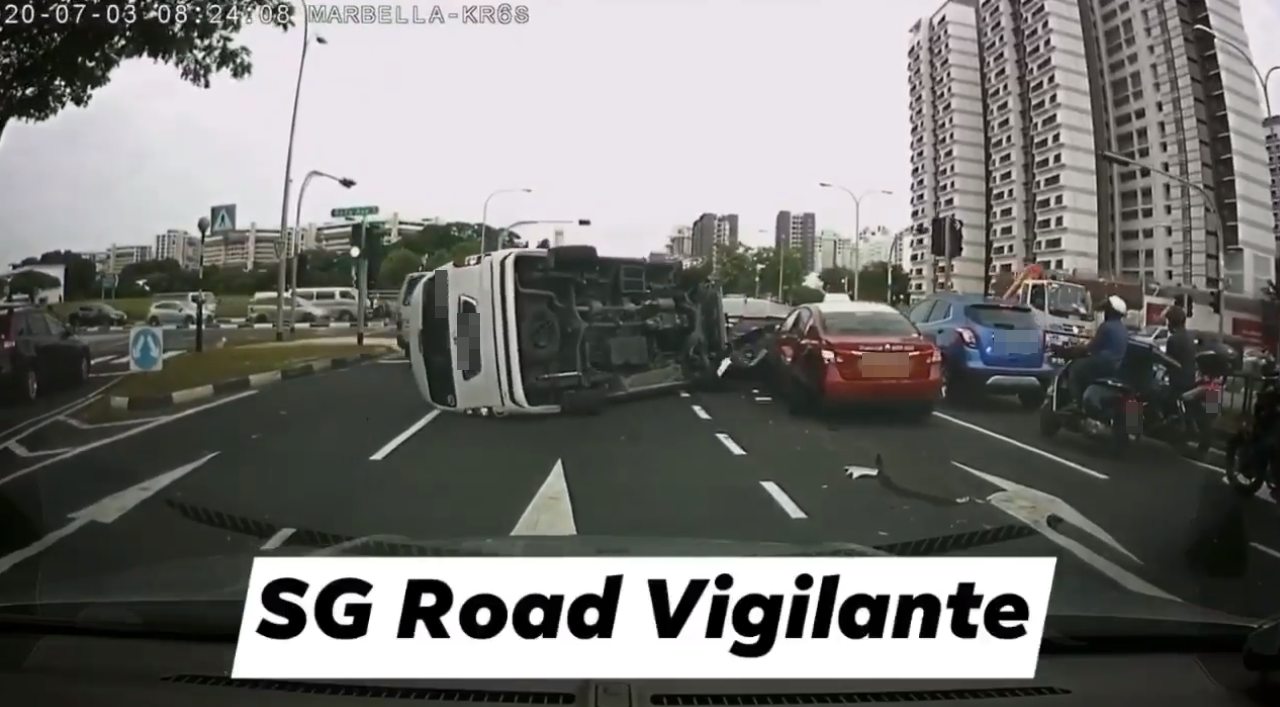 Students exit by back door

A few moments later, a man in a black t-shirt emerges from the van, and pushes the back door open, to help his young passengers out. 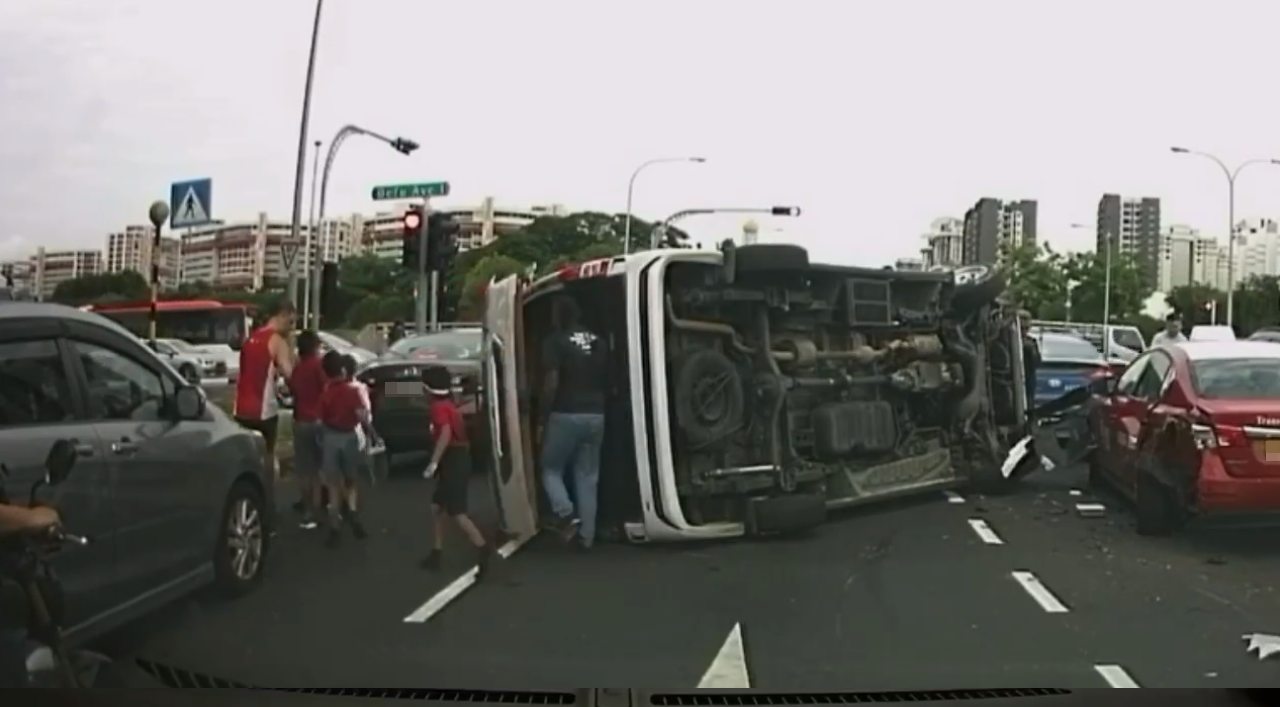 A kind passerby who may have been exercising nearby, comes along to help bring the kids to a safer spot by the roadside.

Though the accident doesn’t seem to be too serious, SG Road Vigilante states that a 6-year-old girl had been taken to hospital.

The Singapore Police Force (SPF) and Civil Defence Force (SCDF) were alerted at around 8.30am this morning. The Land Transport Authority (LTA) also confirmed the incident on its Twitter feed:

We’re glad the young children appear to be safe, and hope the 6-year-old girl is alright.

With LTA reporting more accidents since the start of Phase 2, road safety has become a growing concern.

Perhaps this incident can serve as a reminder for motorists to be more cautious on the road.

Don’t make that last-minute turn or lane switch if you can’t — there are always alternative routes ahead. Your safety and that of other road users are of the utmost priority, so be extra careful.