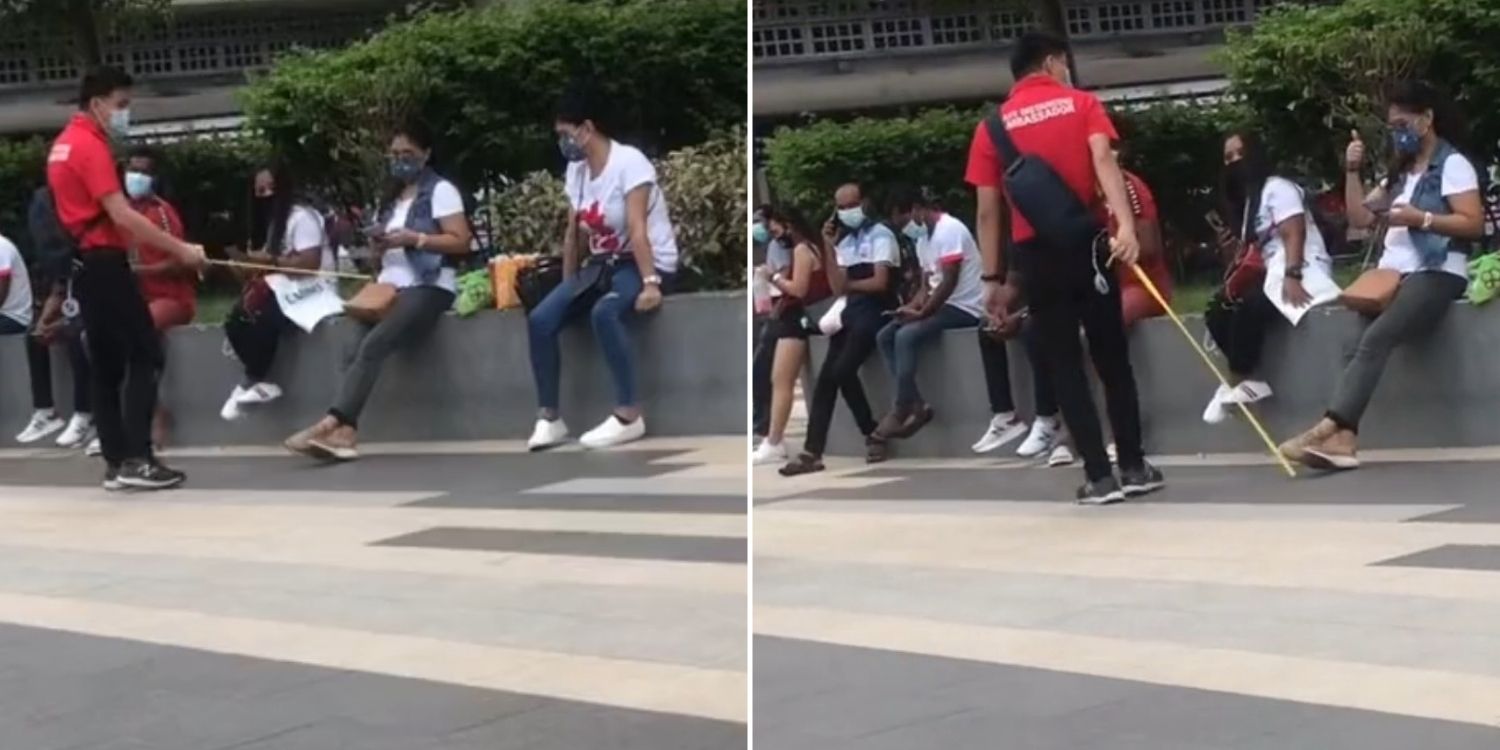 Safe distancing ambassadors’ (SDAs) roles can be challenging, as they often have to strike a fine balance between enforcing rules and engaging politely with members of the public.

While each of them may have different approaches to their jobs, one particular SDA employed a rather interesting method near Paya Lebar MRT recently.

A member of the public had filmed the SDA keeping people apart by pointing out the appropriate distance using a measuring tape. 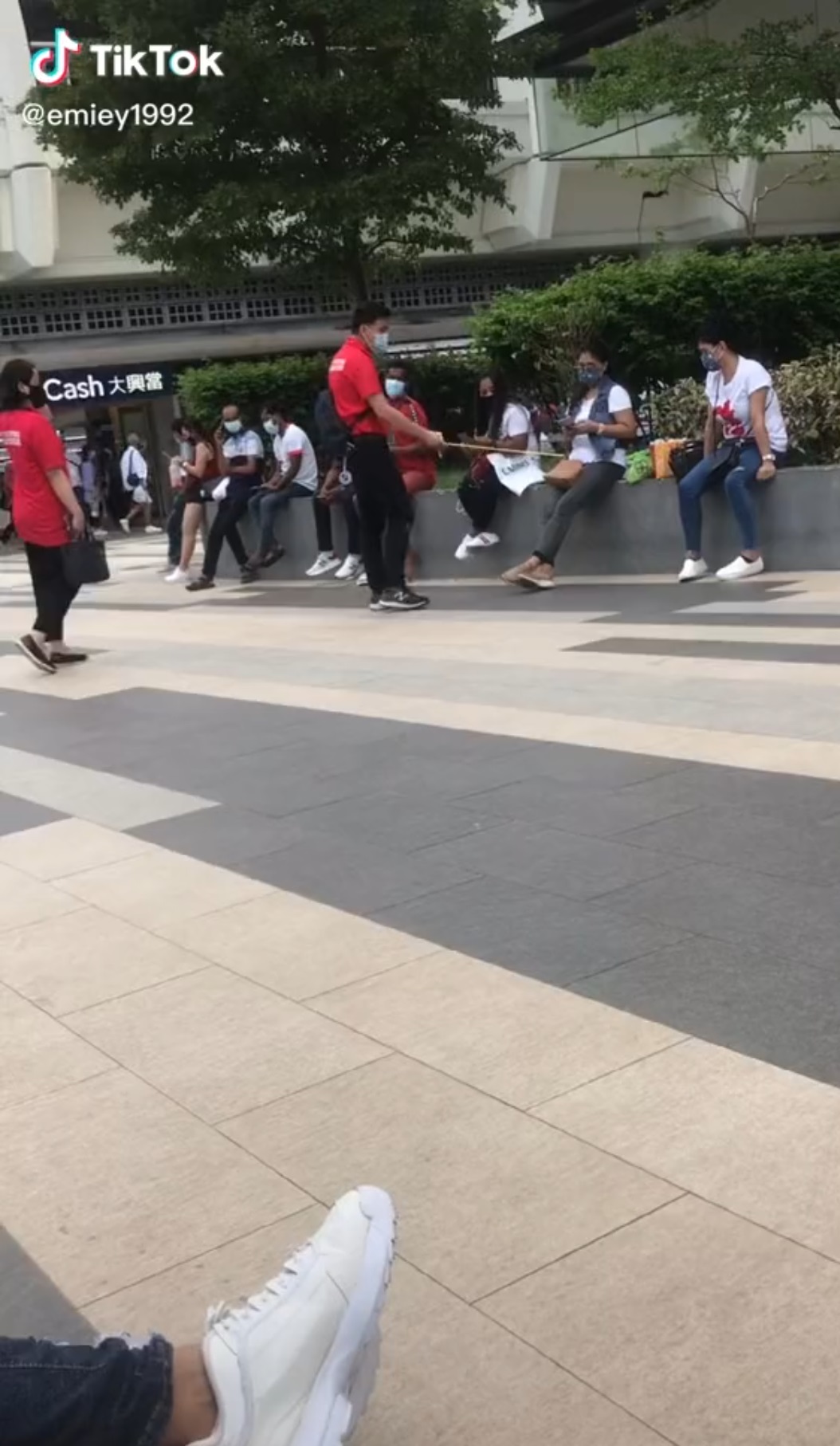 Netizens who watched the TikTok video were of different opinions, with some praising the SDA’s meticulousness, while others questioned if his method was necessary.

SDA points out distance between people with measuring tape

On Monday (26 Jul), a TikTok video showing an SDA doing his job at Paya Lebar made its rounds on social media.

In the video, the man uses his extended measuring tape to point at the gaps between people.

After he effectively makes his point, a woman in the video even shows a thumbs-up sign to acknowledge it. In a discipline master-like fashion, the man then walks away as he scans the surroundings for the next infringement.

While we can’t really see the markings on the tape, there’s no doubt that it measures 1 metre, which is the minimum distance one should keep away from the next person during the pandemic.

Netizens praise SDA for his commitment

Netizens who watched the TikTok video which has been reshared on other pages praised the man for his commitment to the job.

Others even joked that he should be promoted to a “senior” role.

While the man’s conduct may appear rude to some netizens, a comment suggested that the man was simply doing his job.

Kudos to the SDA for being thorough

Though the SDA’s method may seem quite questionable, there’s no doubt that he had fulfilled his task with much efficiency.

Using the measuring tape to ensure the exact safe distance is adhered to certainly shows his attention to detail. Kudos to the SDA for being so thorough.

We may not expect the same of all SDAs, but let’s hope all of them will pay close attention to lawbreakers too. As for the rest of us, let’s do our part to play by the rules to ensure everyone stays safe and healthy.