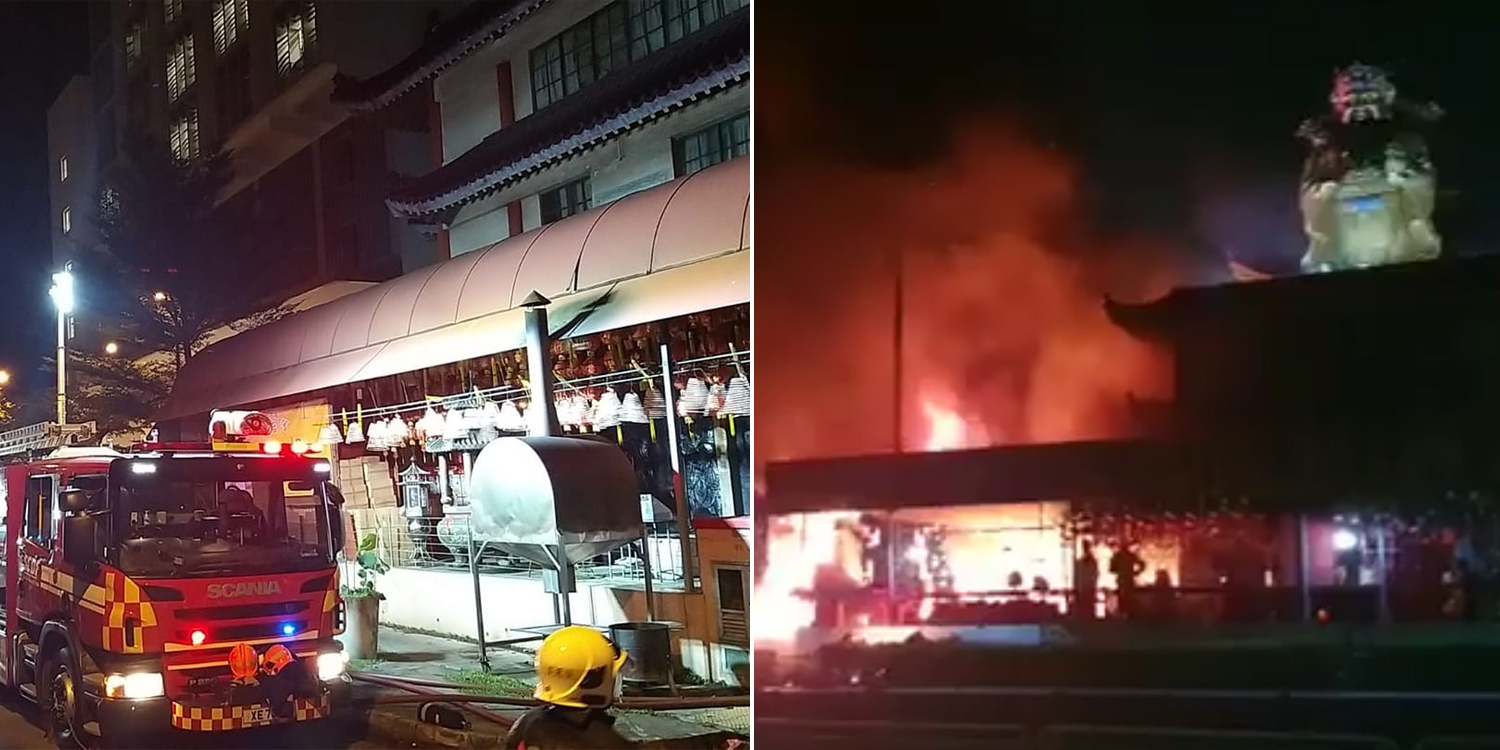 Update (19 Sep, 1.50pm): Transport Minister Ong Ye Kung confirmed that 3 of the 7 dogs kept at the temple have passed away.

On Friday (18 Sep) night, social media was ablaze with pictures and footage of a massive fire that occurred at the Sembawang God of Wealth Temple.

The blaze was eventually put out by SCDF officers near midnight, but efforts to prevent the rekindling of fire continued several hours after. 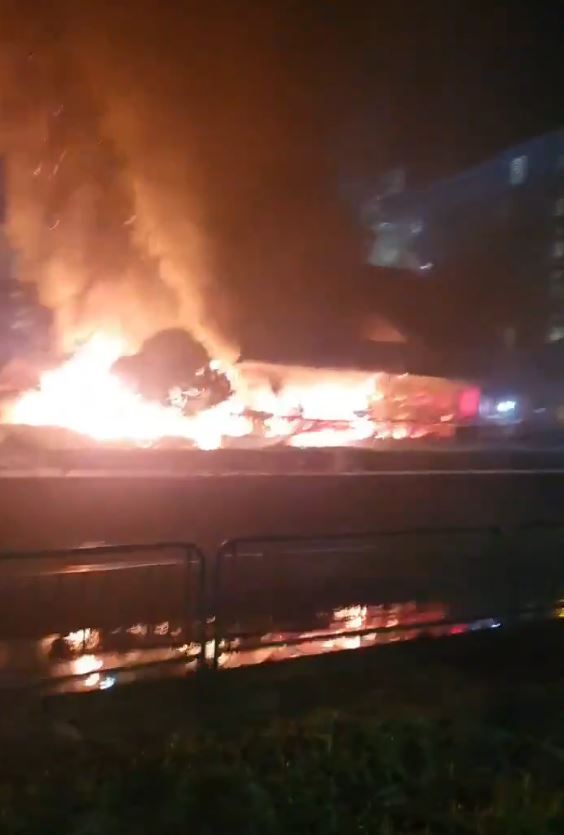 Though pictures of the fire were no doubt terrifying, many netizens have also expressed concerns about dogs living at the Temple.

On Saturday (19 Sep) morning, SCDF confirmed that they discovered 3 dog carcasses during their late-night operations.

According to SCDF’s Facebook post,  the fire was extinguished slightly before midnight — around 3 hours after they were first alerted to the incident.

When SCDF officers arrived at the scene, the fire had already engulfed the ground floor of the 4-storey Temple and was advancing to the 2nd floor. 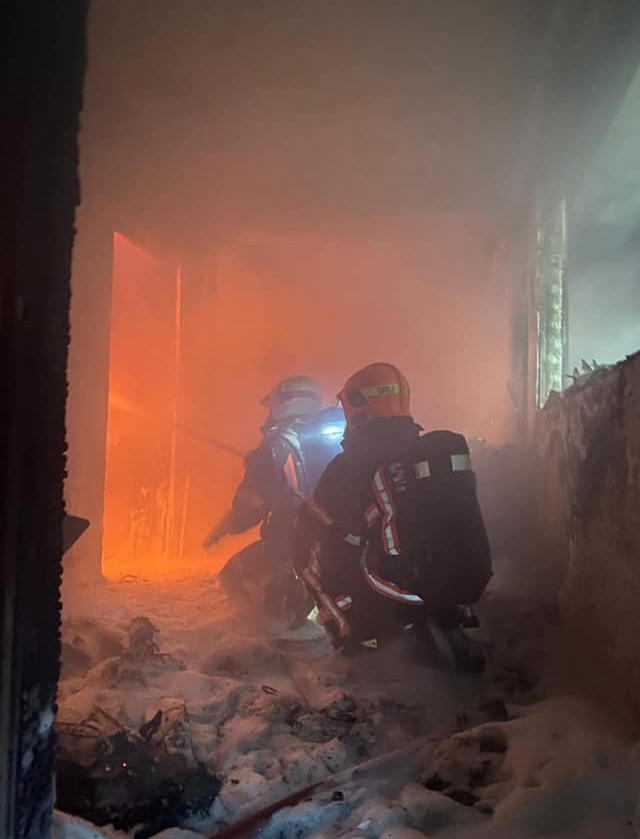 In total, SCDF deployed 19 emergency vehicles and 62 firefighters to the scene. At one point, 7 jets had to be used to subdue the fire. The fire was eventually extinguished and successfully confined to the 1st and 2nd floor of the Temple. Despite so, damping operations to prevent the rekindling of fire had to be carried out for several hours after that, shared SCDF. 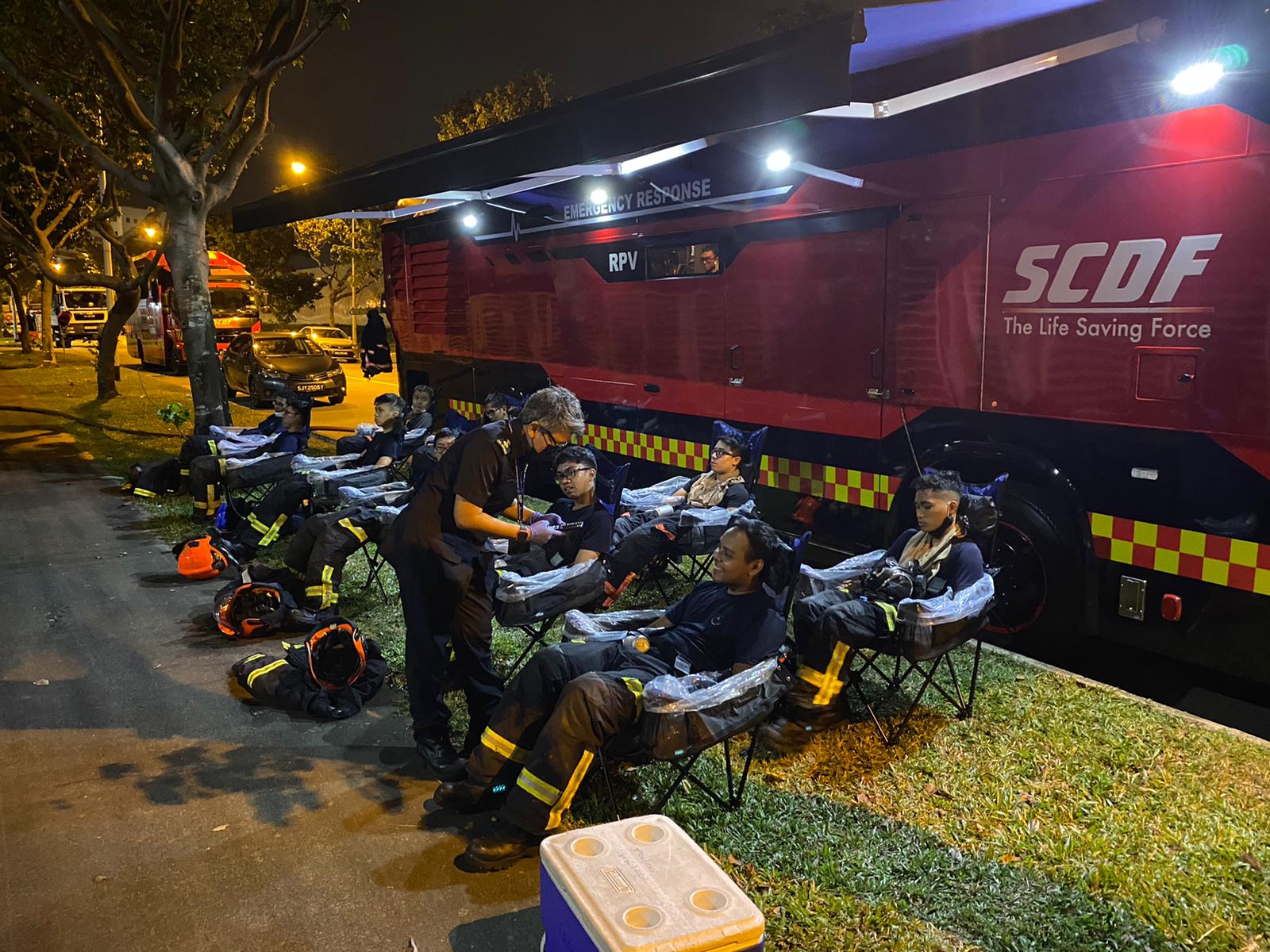 SCDF is still investigating the cause of the fire.

Residents from a nearby elderly home were also evacuated for safety reasons.

During the evacuation, an elderly man was reportedly breathless and later brought to the nearby Khoo Teck Puat Hospital. 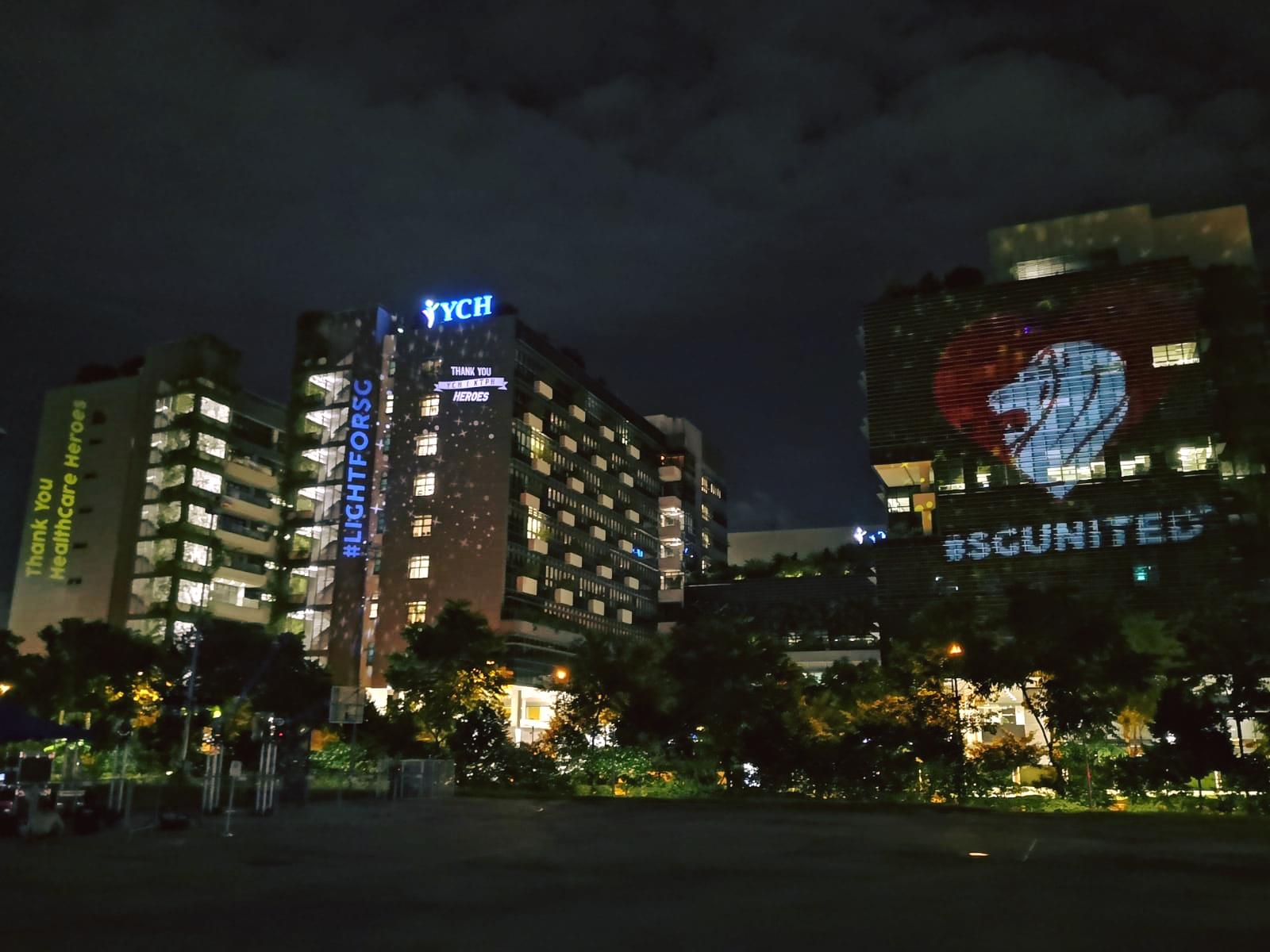 As a result of the fire, the Sembawang God of Wealth Temple will be closed until further notice. 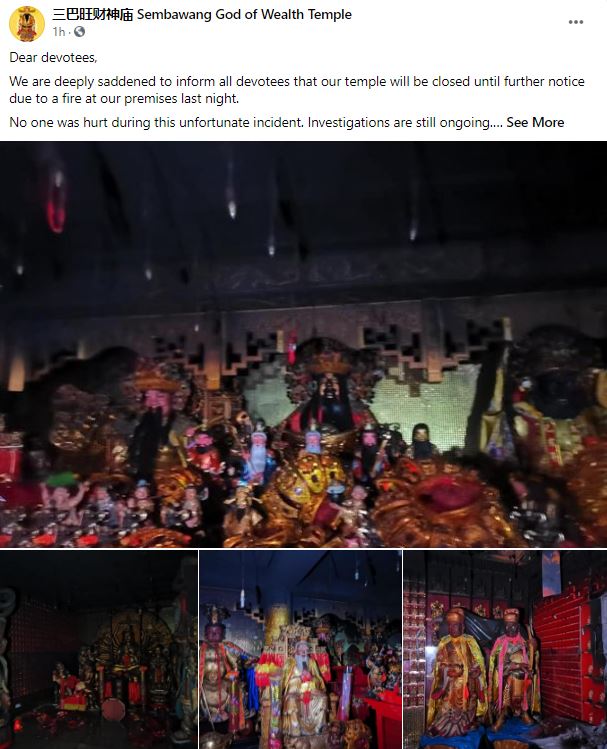 The Temple also shared on Saturday (19 Sep) morning that the God of Wealth Hall and Goddess of Mercy Hall remain intact.

Remains of 3 dogs found during the operation

Though the size of the fire, as well as the potential damage and injuries that it could’ve caused, is terrifying, countless netizens also expressed concern over dogs living in the Temple’s premises.

In response to MS News queries, SCDF confirmed that they rescued 1 dog but found 3 canine carcasses during their operations last night.

On Saturday (19 Sep) evening, the Temple issued a statement debunking rumours that the dogs under its care were chained. It added that the canines were allowed to roam around the temple at night. 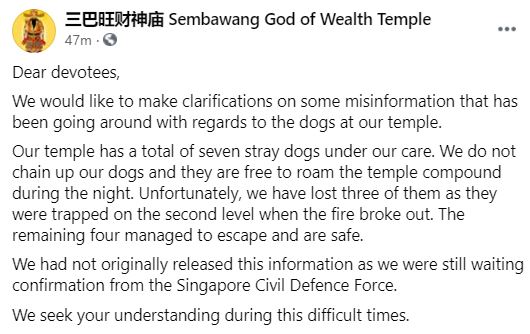 Kudos to the SCDF officers

While there appear to be no human casualties as a result of the fire, it is extremely saddening to hear about the dogs’ tragic fates.

That said, kudos to the SCDF officers who were called into action last night for successfully putting out the massive fire, and putting Sembawang residents’ minds at ease as they turned in for the night.