Ms He will be chairman of Sengkang Town Council.

The Workers’ Party’s (WP) stunning win in Sengkang Group Representation Constituency (GRC) during the 2020 General Election was a feel-good moment for supporters, but it was just the beginning.

Now the hard work has really started, as the team has to set up a brand-new Sengkang Town Council (TC) and take over from 2 different TCs.

To facilitate residents’ interactions with the new Sengkang MP-elects, the WP has shared their contact details, and also revealed which member will be in charge of which ward. Fans of Professor Jamus Lim, envy the residents of Anchorvale, as he will serve in that ward.

Residents of Compassvale will be able to talk to Ms Raeesah Khan about thorny issues like mental health anytime, as they will have her running the show.

Team leader He Ting Ru will take care of Buangkok, while equity research analyst Louis Chua will be responsible for Rivervale. 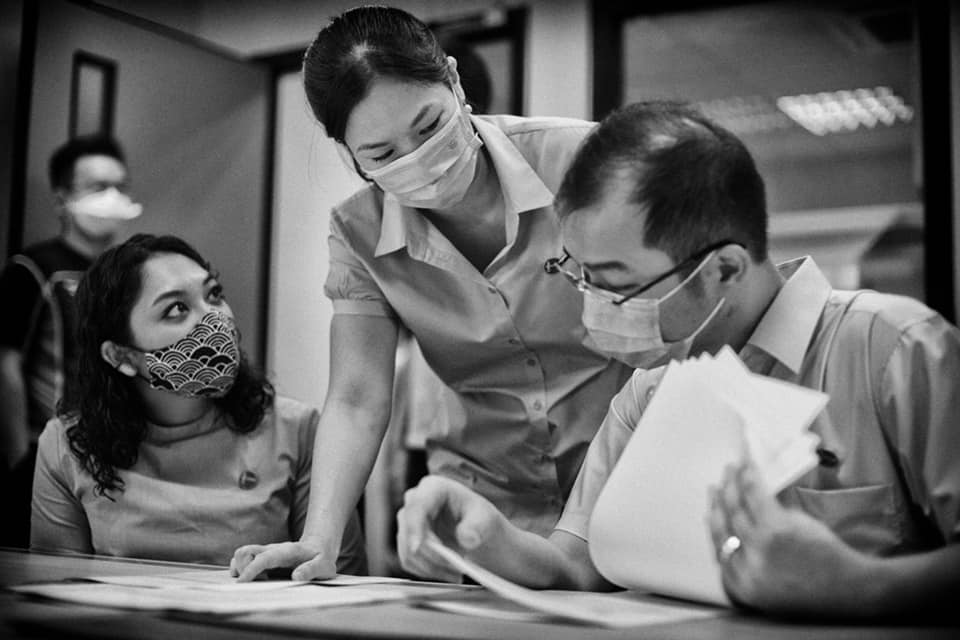 This information was divulged in a Telegram message from the WP that was seen by MS News, and also on the Facebook pages of the MP-elects.

The message also revealed the days and locations of future Meet-The-People sessions, when they are eventually allowed to resume after Phase 2.

In an update on her Facebook page on Sunday (19 Jul), Sengkang MP-elect He Ting Ru revealed to residents that the process of taking over the GRC is underway. That’s because Sengkang GRC is an entirely new GRC made up of the former Sengkang West Single-Member Constituency (SMC), Punggol East SMC and part of Pasir Ris-Punggol GRC. The former Sengkang West SMC was being managed by the Ang Mo Kio TC.

The former Punggol East SMC, on the other hand, was being managed by Pasir Ris-Punggol TC.

Thus, the handover will be, to put it mildly, complicated.

Complicating matters even is that some Sengkang residents don’t know where to go for help on estate matters during this interim period, such that they’ve taken to calling Aljunied-Hougang Town Council (AHTC).

This isn’t the right channel, as AHTC does not have jurisdiction over Sengkang GRC, even though both are now under the WP.

Thus, residents were urged by Ms He to continue to seek help from their existing TCs for municipal issues like infrastructure, horticultural, cleanliness & sanitation, and pest control.

Residents should also pay their service and conservancy fees to their same TCs as before.

This is because these TCs still have jurisdiction to manage the HDB estates until the WP Sengkang GRC team officially takes over.

As she also said during the press conference on 12 Jul, residents can also email sengkang@wp.sg, and look forward to an official constituency Facebook account soon. He Ting Ru to be chairman of TC

However, Ms He revealed something that has already been decided – she will be chairman of the new Sengkang TC.

She also said that as previously mentioned, Sengkang TC will be run on its own without merger with any other constituency that the WP is running.

The Sengkang MPs-elect have informed the Ministry of National Development to that effect, she said.

MP-elects have been busy

So far, Ms He said the MP-elects for Sengkang GRC have been busy. Here’s what they have done:

11 Jul: They wrote to both Ang Mo Kio TC and Pasir Ris-Punngol TC to convene a meeting to discuss the handover.

15 Jul: They asked for copies of the contracts for managing agent services and the use of TC Management software to be furnished as soon as possible.

Also, Pasir Ris-Punggol TC requested for a virtual meeting. It is understood that they are co-ordinating the handover with Ang Mo Kio TC.

17 Jul: They had a virtual meeting with Pasir Ris-Punggol TC. During the meeting, they again asked for copies of the aforementioned contracts. They also arranged a physical meeting for next week to discuss the handover and be briefed on operational matters. Meanwhile, a report by Our Class Notes has been making its rounds, claiming that 15 People’s Action Party town councils received more than $60 million for community improvement projects in the past two years.

Hence, a petition has been started to gain a promise from the authorities to grant TC funds to Sengkang GRC, so that the same thing that allegedly happened to AHTC doesn’t happen in Sengkang. 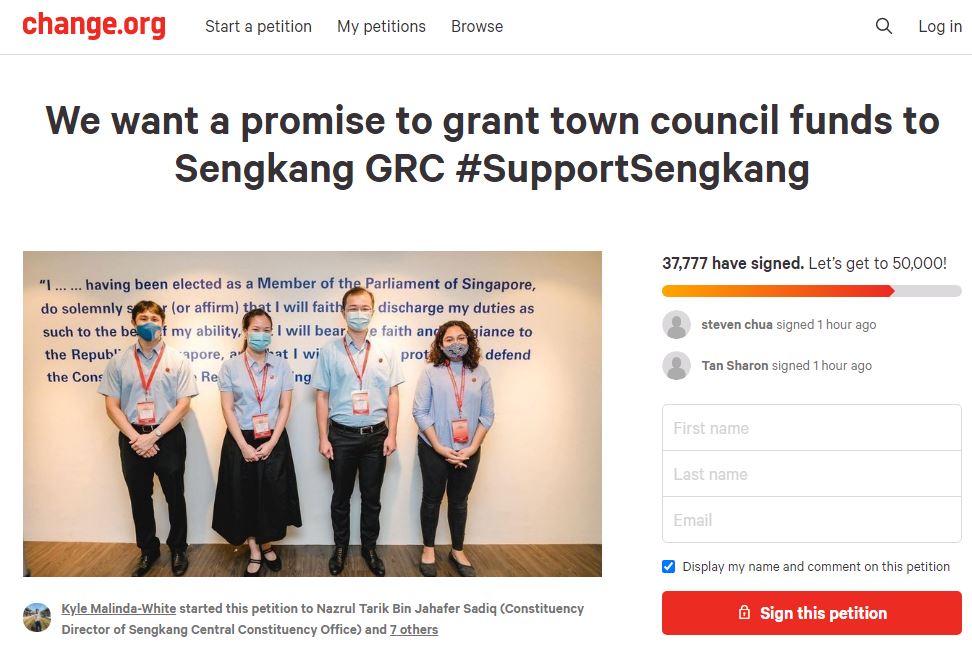 According to the petition, TC funds are disbursed by the Community Improvement Projects Committee (CIPC).

The CIPC must apply for funds from the constituency’s Citizens’ Consultative Committee (CCC) — which is a body under the People’s Association.

We’re sure Sengkang residents are appreciate of the updates from Ms He.

Even if we don’t live in Sengkang, the dedication the MP-elects have shown so far is impressive.

We hope that there will be a smooth handover for the sake of Sengkang residents.