NSF Illegally Flies Drone To Get Best Shot Of Sengkang LRT, It Runs Out Of Battery & Hits A Train 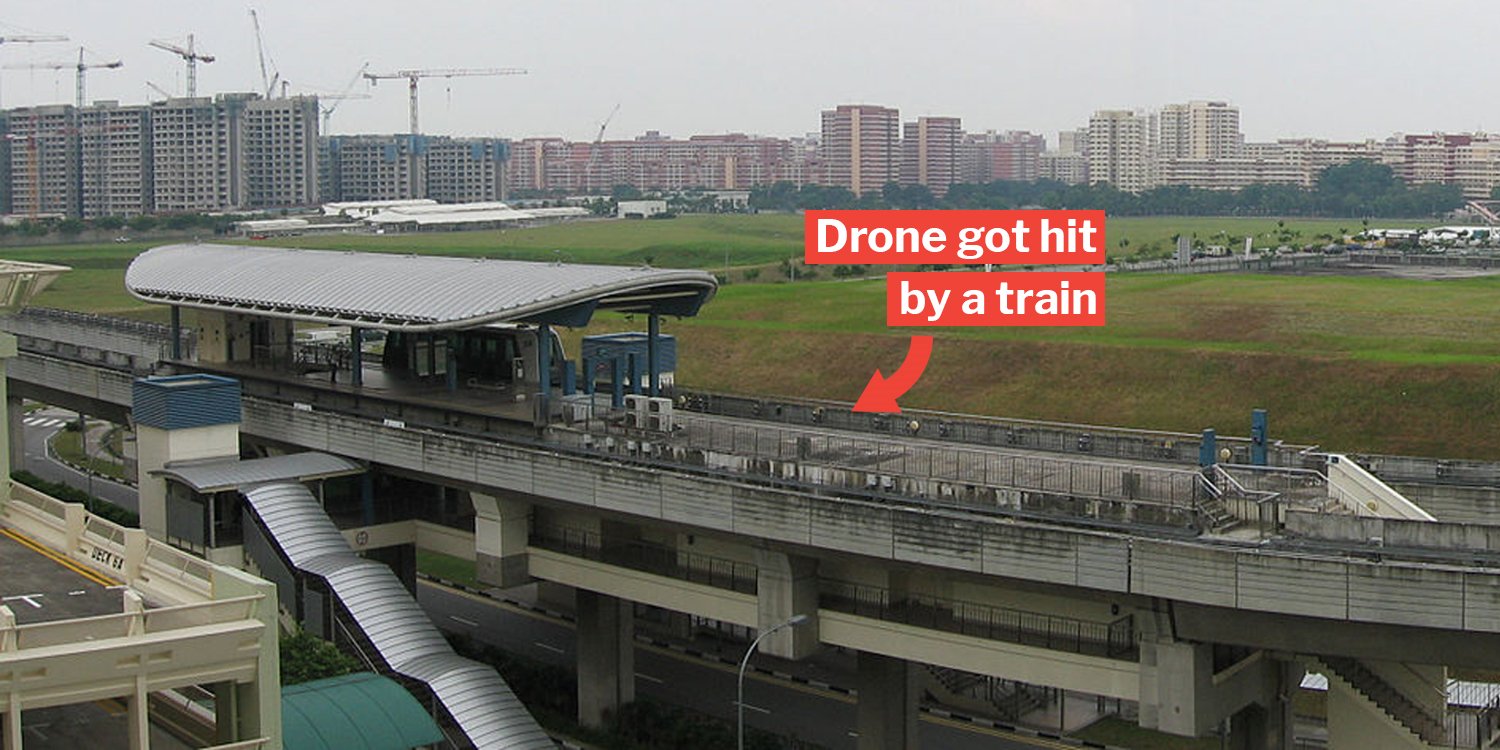 Photographer Faces $20,000 Fine For Flying Drone In A Dangerous Manner At Sengkang LRT

Photographers would go to great lengths just to get a great picture.

In a bid to get a chio aerial picture of Sengkang LRT, 21-year-old NSF Homen Wong resorted to flying a drone illegally near the train station.

Unfortunately, the drone ran out of battery and landed on the LRT tracks before getting hit by a train.

On Wednesday (18 Dec), Homen pleaded guilty to “operating a drone in a manner that could endanger the safety of persons and property”.

According to The Straits Times, Homen flew a DJI Mavic Pro drone at an open field adjacent to Sengkang LRT station on 8 Feb afternoon.

Homen reportedly flew the drone at a maximum height of 50m above Sengkang LRT station to get aerial photos of trains entering and leaving the station.

However, the drone ran out of battery and fell onto the train tracks and was later struck by an LRT train.

Fortunately, the train wasn’t damaged and services were not disrupted.

Homen eventually got his drone back a week later after he sought help from staff at the station.

He also posted a video on YouTube titled “DJI Mavic Pro survived train crash”, but appears to have been taken down as of the time of this article.

Flew drone without a proper license

On Wednesday (18 Dec), Homen pleaded guilty to flying the drone in a dangerous manner that could “endanger the safety of persons and property”.

He also did not have the required permit from Civil Aviation Authority of Singapore (CAAS).

Additionally, Homen did not adhere to safe operating conditions that the CAAS would have imposed.

These include ensuring that:

During the hearing, the District Judge said Homen failed to ensure that the drone’s battery level was enough for the flight, which led to him losing control of the device.

For operating the drone in a dangerous manner, Homen faces a fine of up to $20,000 under the Air Navigation Order.

Homen will be sentenced on 9 Jan next year.

Please get a license if you’re flying a drone

We hope this incident serves as a warning for drone enthusiasts to think twice about flying their devices illegally.

After all, a $20,000 fine is a sizable sum which can easily be channelled towards buying multiple new drones.

If you require more information on how to obtain a drone license, kindly refer to CAAS’ website here.