S’pore Takes Over US As World No.1 Competitive Economy, According To World Economic Forum

According to a recently released scoring table from the World Economic Forum (WEF), Singapore is now the no.1 competitive economy in the world.

Previously, the United States of America held the spot, while we trailed behind at no. 2. 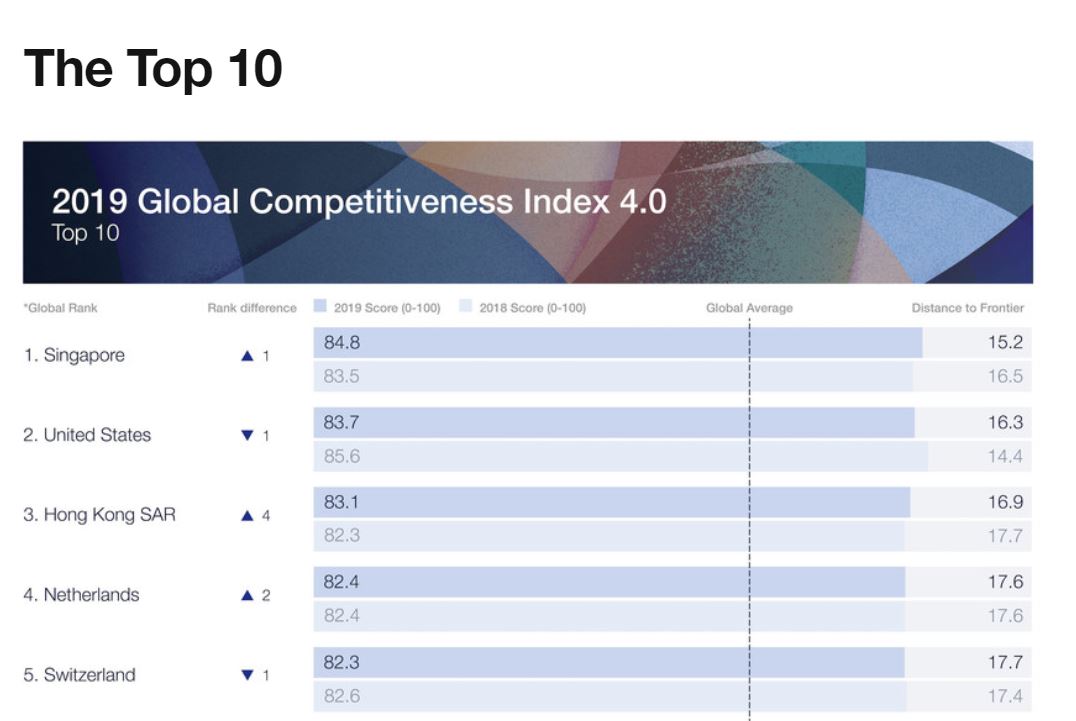 Below is a graph to give you a sense of what things are being measured. 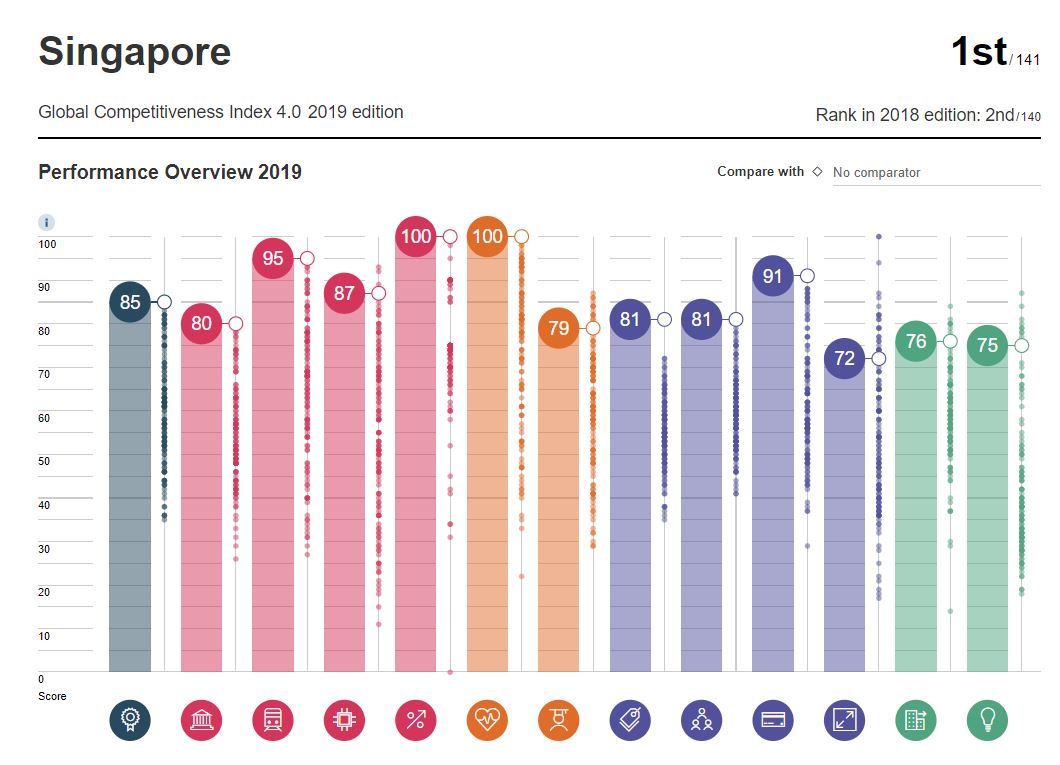 We scored 100 for Health and Macroeconomic Stability. Some of our other high-scoring aspects – above 80 – include:

Top in some areas, lacking in others

In terms of infrastructure and healthcare, Singapore is at the top.

This comes as no big surprise given the number of times our housing and healthcare systems have been praised.

We are, however, lacking in other areas like skills, business dynamism and innovation. These should give an indication of which areas of our economy we should be focusing on.

But seeing as how we ranked top 5 in majority of the pillars, that’s surely something to celebrate.

Not all of us may be happy with the government for certain policies or stances, but let us give credit where credit is due.