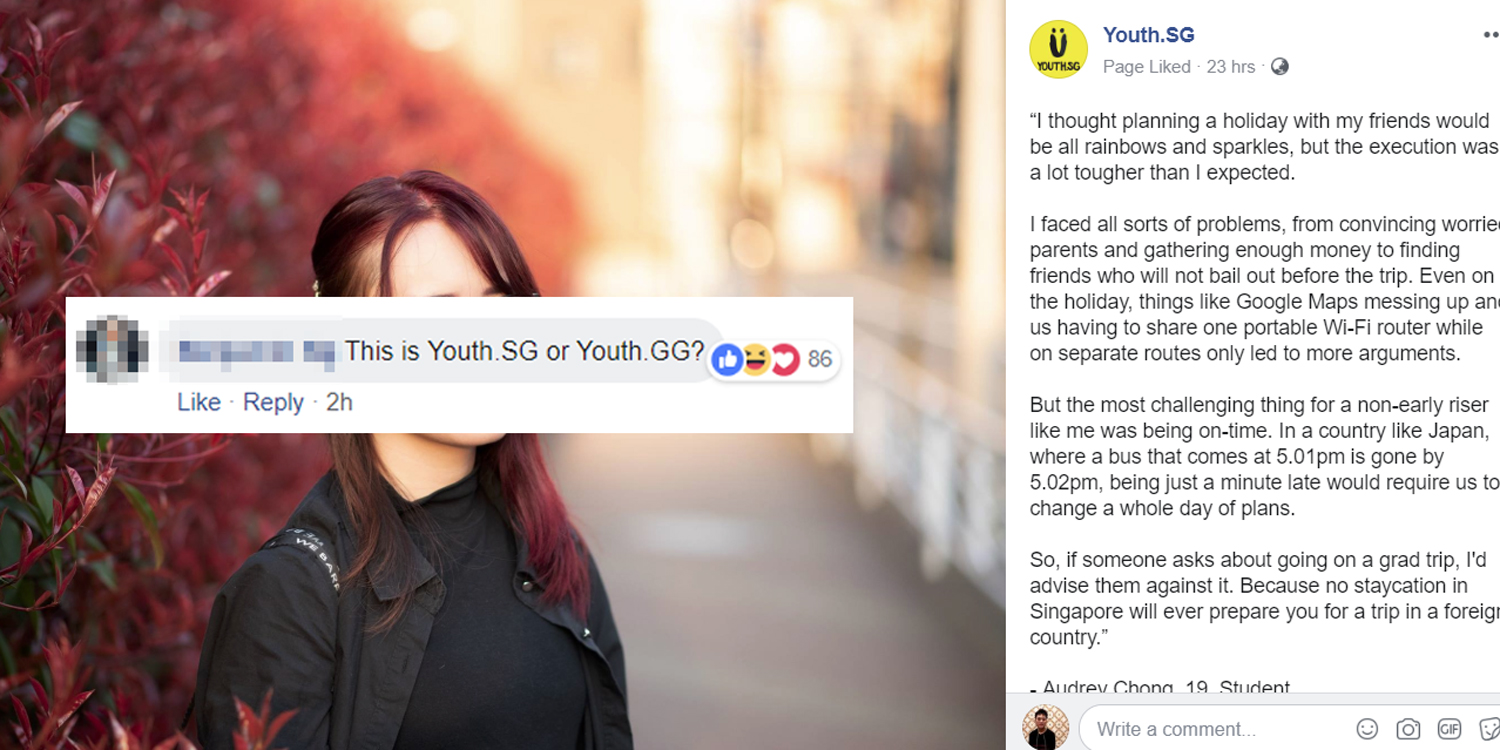 A 19-year-old student came to the sobering realisation that planning an overseas trip was not “rainbows and sparkles”.

In a profile interview with Youth.sg on Monday (18 Feb), she shared that she faced a myriad of issues which crushed her initial enthusiasm for her grad trip.

The issues ranged from “convincing worried parents” and “finding friends who will not bail out before the trip”. Here’s her post in full. 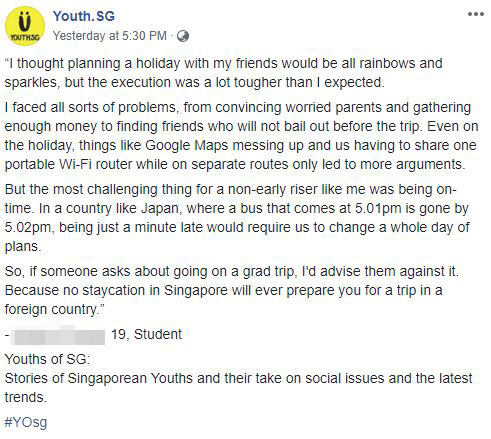 We look into her concerns – both valid and hilarious – in detail below.

Besides planning difficulties, she was in for a rude shock when she arrived in Japan — the buses came and left on time.

In a country like Japan, where a bus that comes at 5.01pm is gone by 5.02pm, being just a minute late would require us to change a whole day of plans.

As a Singaporean who was used to buses arriving slightly late, the timeliness did not accommodate her lifestyle as a “non-early riser”.

Perhaps one of the most stress-inducing challenges young millennials might face is the lack of WiFi.

Especially on holiday, how will their friends know how much fun they were having? And if they didn’t upload it, were they even there?

Unfortunately, the limited WiFi put her relationships to the test,

Even on the holiday, things like Google Maps messing up and us having to share one portable WiFi router while on separate routes only led to more arguments.

She ended off by posing a fair warning to potential grad-trippers,

no staycation in Singapore will ever prepare you for a trip in a foreign country.

The comfort of staycations where exiting the hotel left you pretty much in the same country, did not prepare her for timely bus arrivals and WiFi-sharing.

From the overall tone of the interview, it felt like the holiday left her uninspired and exhausted. She concludes by warning other wanderlust children not to follow in her footsteps.

You have been warned.

Netizens were less than kind

A good portion of older citizens remained largely unsympathetic with her travelling woes.

They bragged about their ability to cope with minimal WiFi.

They rubbed into her face that they had to serve NS at her age as a Singaporean male.

Some blamed her life choices.

Some even branded her entire generation as hopeless. 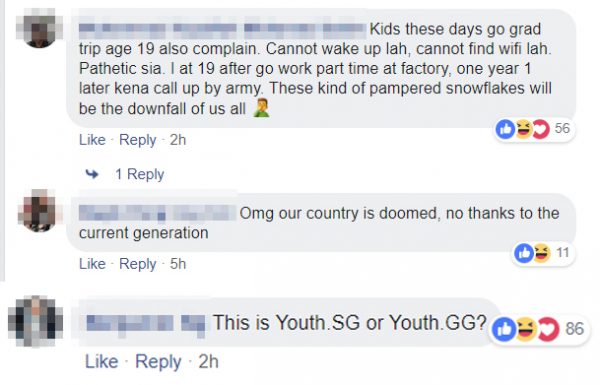 In light of this incident, perhaps it’s timely to reconsider the friends around us who may be flaky people — these ‘friends’ aren’t good for you in the long run.

As for this youth who didn’t exactly have the best grad trip experience, accurate bus-arrival timings requires some acclimatising. We’d advise her to try rehearsing waking up on time – or even early – during staycations here.

That way, she’ll be able to catch the 5.01pm bus and not have to replan an entire itinerary.

Now that we’ve witnessed the drama unfold, consider leaving suggestions on how you overcame the odds of planning an overseas holiday in the comments.