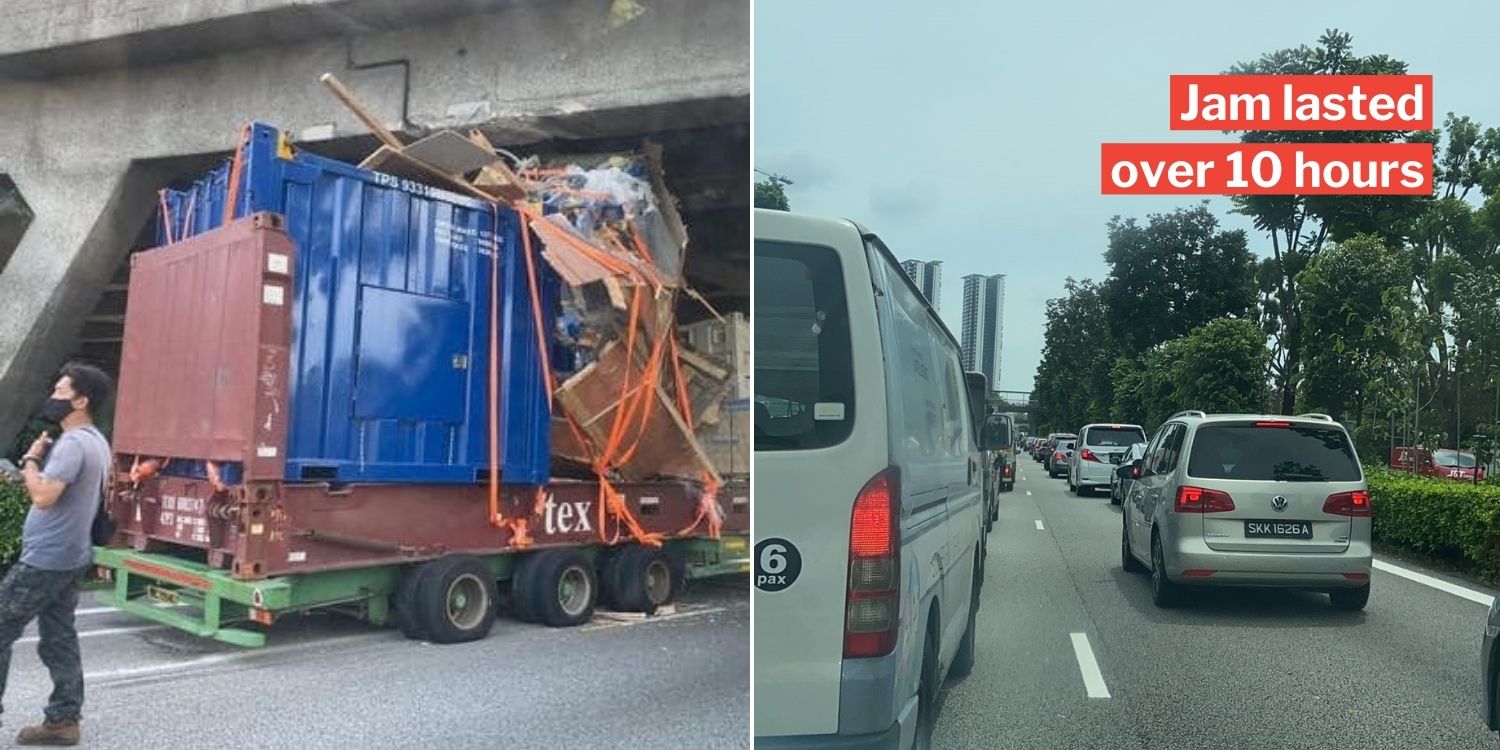 If you were driving on the Ayer Rajah Expressway (AYE) on Monday (18 Jan), you might have have experienced traffic that was slower than normal.

In fact, traffic came close to a standstill for almost the whole day.

And it was all due to a trailer that had goods piled too high on top of it, causing it to hit the underside of a flyover. 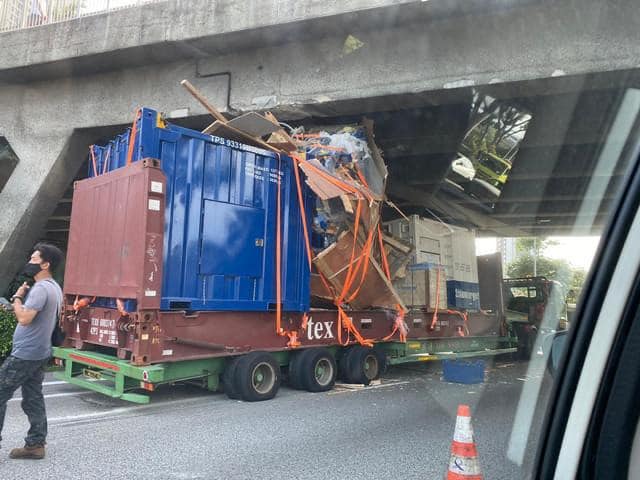 The accident caused 3 out of 4 lanes of the AYE to shut down for more than 10 hours, leading to a massive jam.

Most motorists will know that many roads in Singapore have a height limit.

This is due to structures like flyovers, overhead bridges or gantries that may go across the road.

Due to this, vehicles that ply Singapore roads usually keep to a height limit of 4.5m, though sometimes the structure may be higher.

As it happens, the accident took place under the Clementi Avenue 2 flyover, in the direction towards town, said a netizen who posted in the Traffics accident.SG Facebook group.

According to this video on Facebook sent in by netizens, that flyover is only 4.5m high. 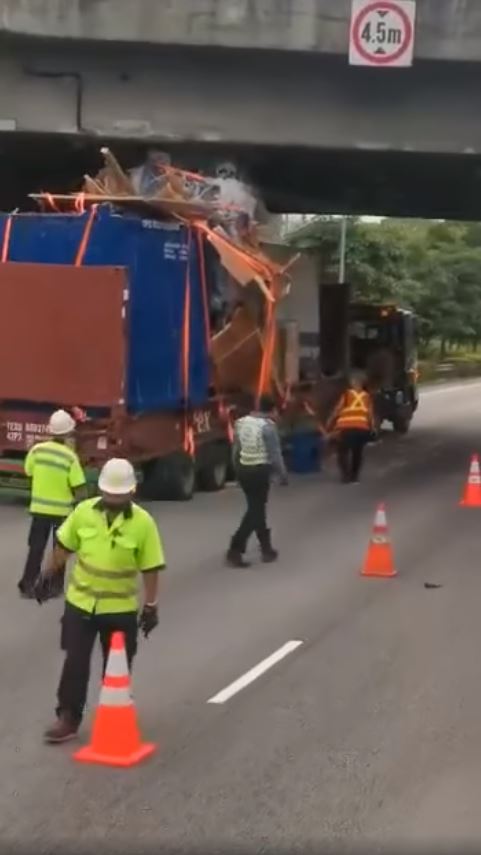 While the trailer itself may not have exceeded the 4.5m limit, the goods piled on top of it caused it to go over the limit.

Jam got worse as day went on

The Land Transport Authority (LTA) 1st posted about the accident on Twitter early on Monday (18 Jan) morning, at 7.09am.

At the time, only lane 3 was inaccessible.

A jam quickly started to form, with the LTA reporting just minutes later that it stretched all the way to the Jurong Town Hall Road exit.

By 7.53am – less than 1 hour after the accident – the jam had spread farther West, up till the Yuan Ching Road entrance.

The traffic showed no sign of getting better, and people were late for work and appointments. At 1.09pm – some 6 hours after the accident – the LTA tweeted that the AYE would be closed after the Clementi Ave 2 exit.

At 2.39pm, it said that 3 whole lanes were closed, leaving just 1 lane accessible to traffic.

That’s probably because a crane had to be engaged to remove the trailer from under the flyover. 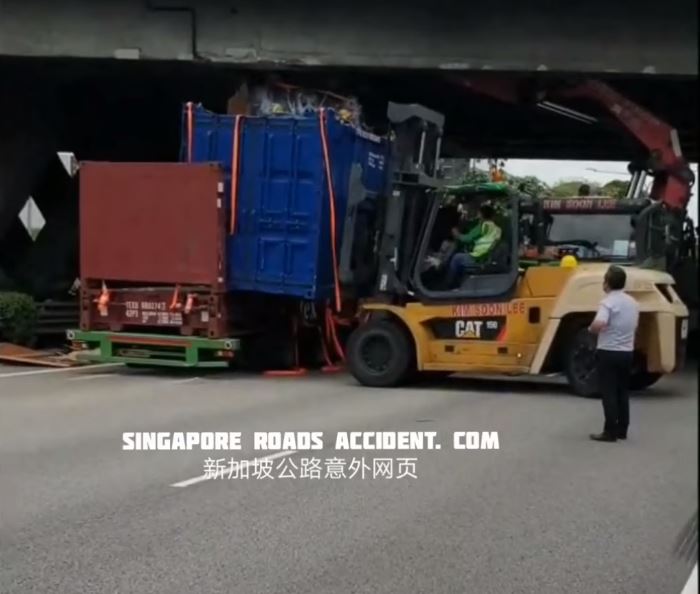 According to The Straits Times (ST), all lanes on the AYE reopened by 5.30pm only – more than 10 hours after the initial accident.

The driver of the trailer, a 45-year-old man, was arrested over the incident, ST reported. 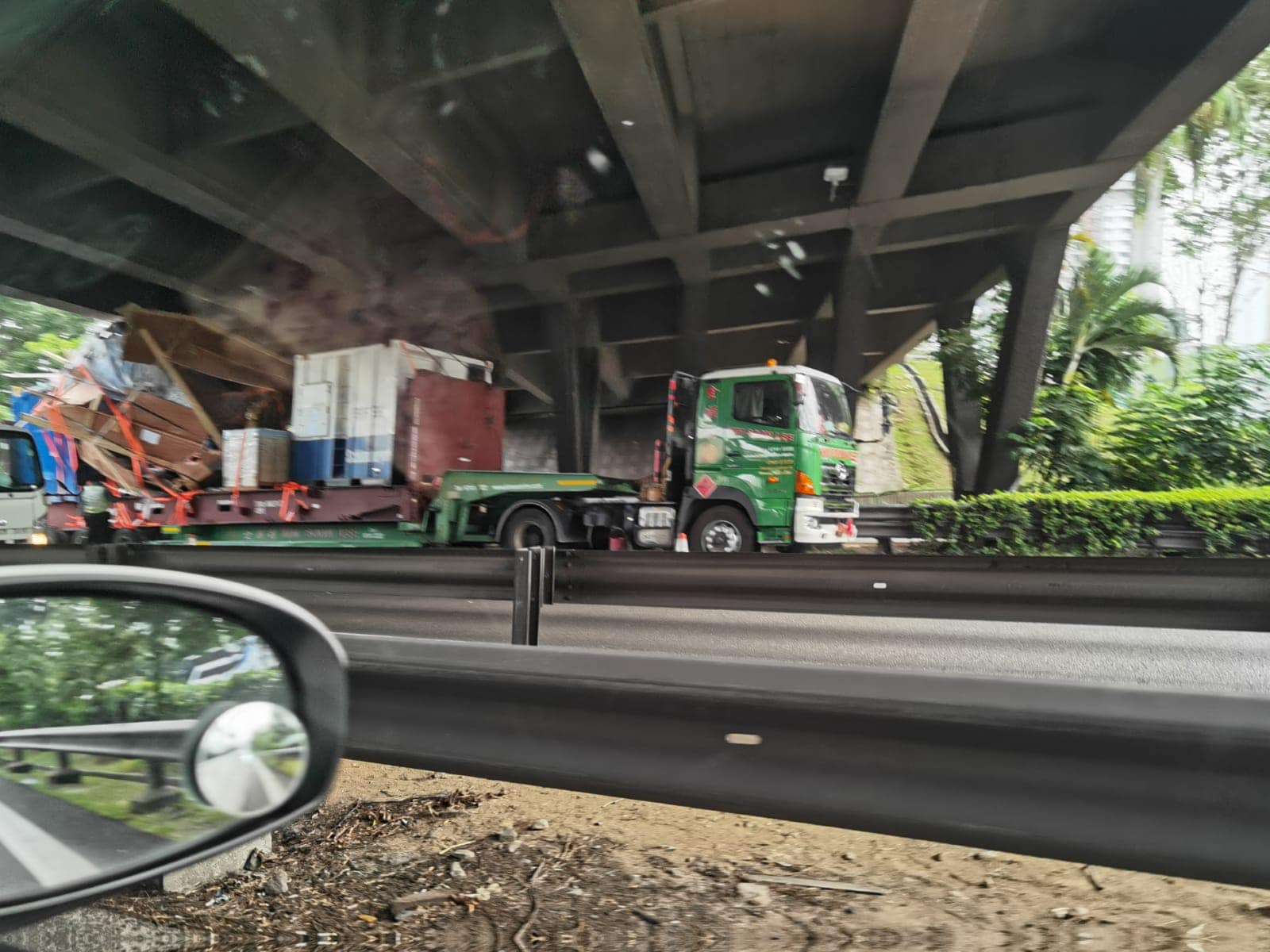 The LTA was quoted as saying that the structural integrity of the flyover had not been affected despite the accident.

Thus, the flyover is still safe for use.

Many people inconvenienced by 1 mistake

While it’s good that nobody was injured in the accident, a large number of people were definitely inconvenienced.

It’s amazing that just 1 mistake can cause a major road in Singapore to be all but closed for over 10 hours.

Drivers of heavy vehicles that transport goods will do well to bear in mind the height limits of roads they’ve going to be driving on.