Wishing everyone a speedy recovery.

We always stress the need for road safety, but accidents are inevitable due to human error. Regardless, as long as we ensure we follow road rules, we can avoid accidents as far as possible.

A bus carrying 21 people and a car collided in a Jurong Island, causing the bus to flip on its side.

The accident took place at around 7am on Sunday (6 Dec), the Singapore Civil Defence Force (SCDF) said.

22 people were conscious when taken to 3 different hospitals, SCDF said.

Another picture featured in the video shows a car that appears badly damaged in its front. 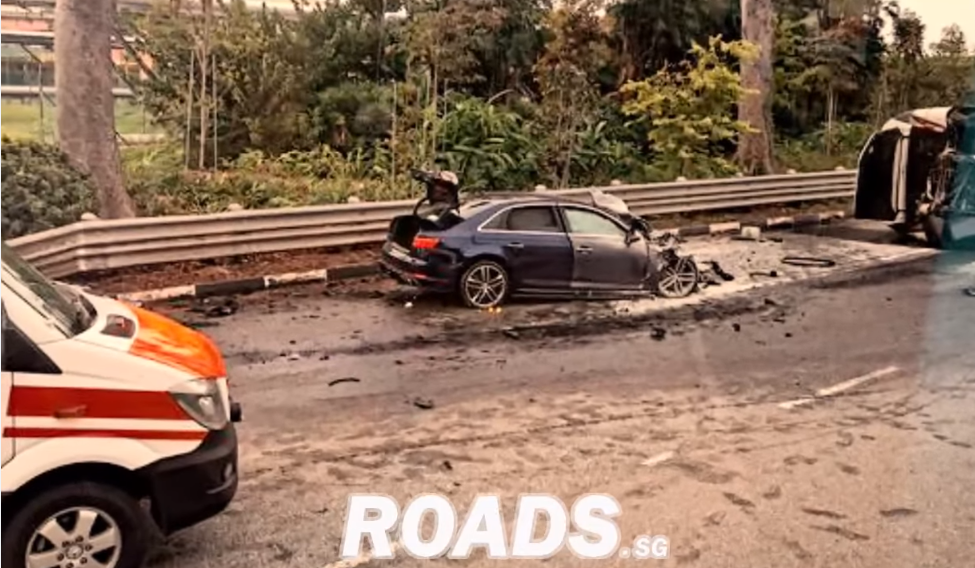 The Straits Times (ST) shared a video showing someone pulling a driver laying in a daze next to a smoking car. Despite what appears to be a nasty collision, all casualties were reportedly conscious when taken to hospital.

ST reports that 21 bus passengers, believed to be migrant workers, were taken to 3 different hospitals:

It’s still unclear as to how the collision occurred.

The conditions of all those involved in the accident are also unknown. MS News wishes them a speedy recovery.

Road safety is definitely a must, be it whether you’re a pedestrian or motorist. If everyone cooperates and drives safely, we can drastically reduce the rate of accidents.