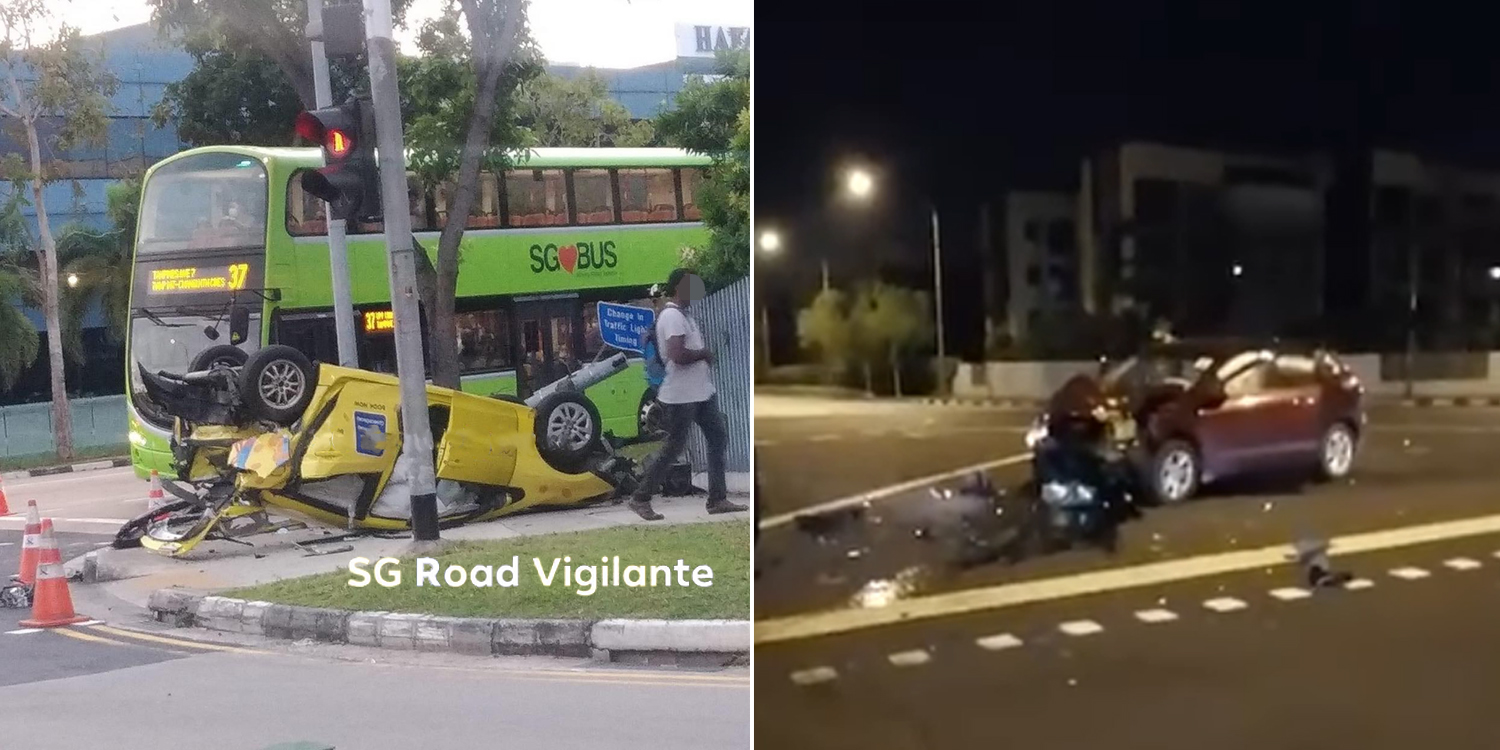 Traffic accidents aren’t exactly rare in Singapore, but it’s not every day that a vehicle gets struck with such force that it lands on its ‘back’.

In the early hours of Saturday (21 Nov), however, a ComfrotDelGro taxi was travelling at Changi when it allegedly got hit from the back by a minivan, or multi-purpose vehicle (MPV).

The impact sent the cab flying toward a traffic light before landing on its back. Taxi land on its roof after Changi accident at 5.30am

According to Lianhe Zaobao, the accident happened at around 5.30am near the junction of Upper Changi Road North and Flora Drive.

At the time, the yellow taxi was allegedly about to turn right into a petrol kiosk when it got hit from the back by the MPV. 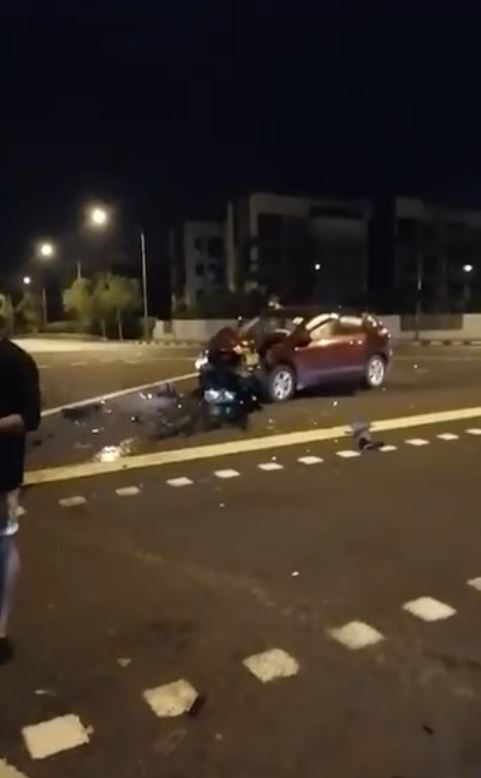 The taxi lurch forward as a result and crashed violently into a nearby traffic light, bringing it down in the process. 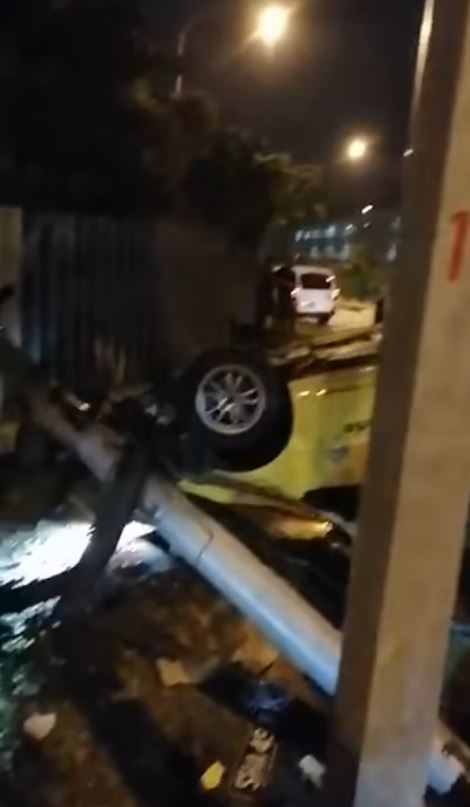 It then overturned several times before landing on its roof.

The cab appears to have suffered extensive damage and what looks like airbags were also fully inflated.

The taxi driver reportedly had difficulties getting out of the car but eventually managed to with the help of motorists who were passing by.

Witnesses claimed that the taxi driver was in a daze after getting dragged out of the vehicle and wasn’t very responsive while waiting for medical officers to arrive. 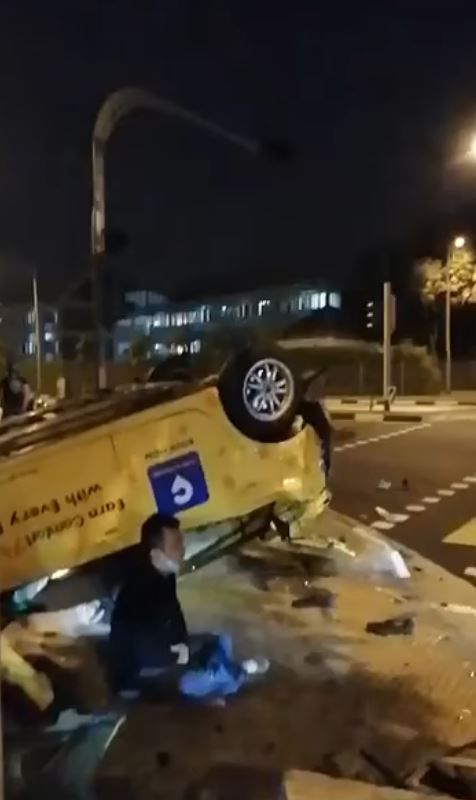 Police later arrived on the scene and were seen speaking to a man who’s allegedly the minivan driver.

Both drivers were later conveyed to the nearby Changi General Hospital for medical treatment.

Investigations on the cause of the accident are currently ongoing.

It’s scary to imagine the impact that the taxi was struck with that caused it to land on its roof.

We hope both drivers did not suffer major injuries and that they’ll make full recoveries soon.