S’pore Tourism Board Uses Condor Heroes To Say Travel Insurance Is Important, But We’re All Confused 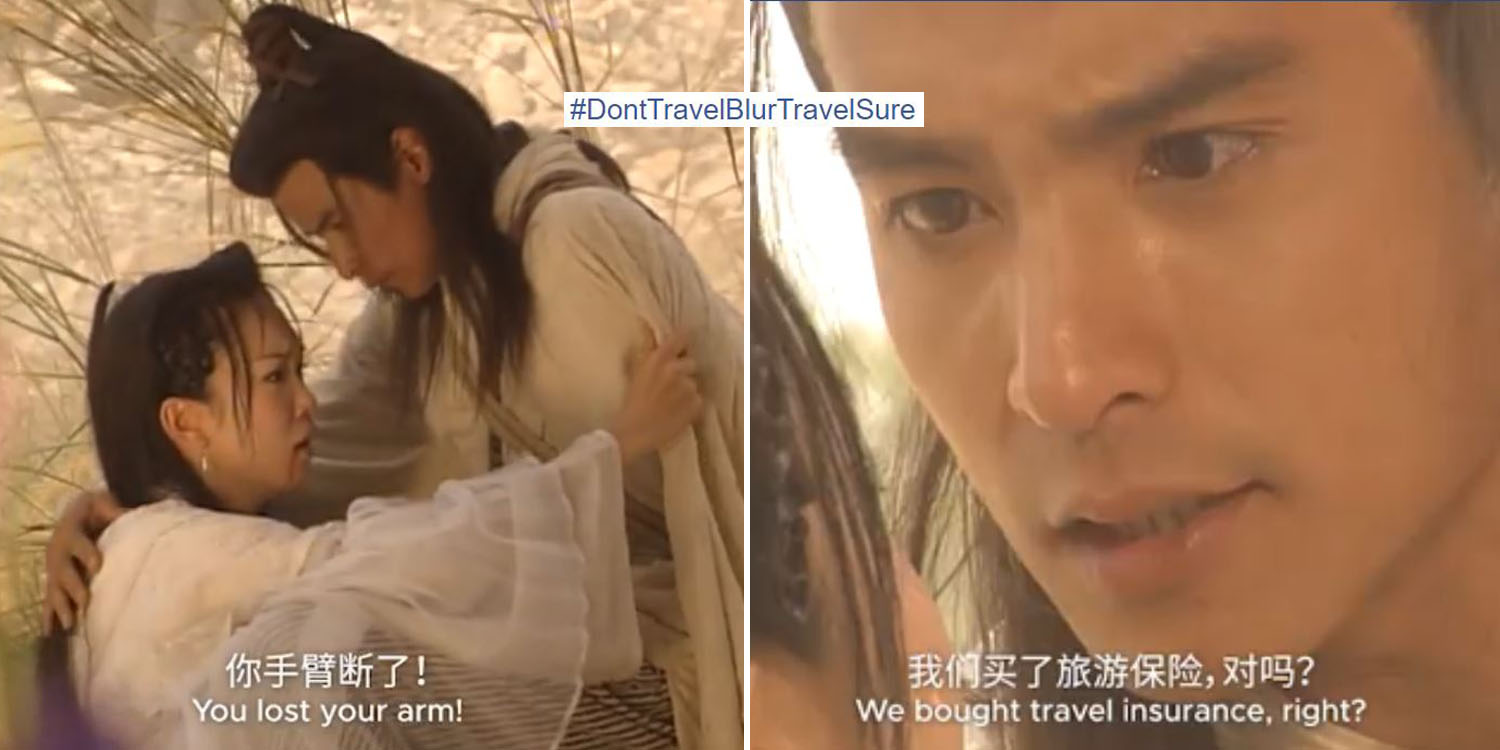 We’ve all come across emotional Thai commercials that turn out to be ads for something entirely unexpected, like travel insurance.

Singapore Tourism Board (STB) presumably took a page from the books of Thai creatives and created a short video on the importance of getting insured for your travels.

To add a sense of drama to their message, they parodied local TV series “The Return of the Condor Heroes” for effect. 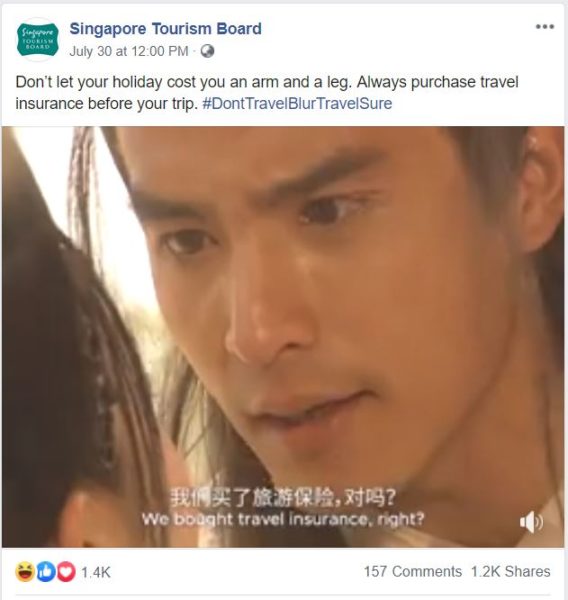 STB used hilarious English voice-overs that talked about travel insurance in a dramatic scene. This left netizens quite confused as they didn’t know how to feel about the ad.

At the beginning, we see Xiaolongnü and Yang Guo – the 2 protagonists of the show – having a conversation after a battle that left Xiaolongnü wounded.

With blood dripping from her mouth, she realises that Yang Guo had lost his arm.

At this moment, Yang Guo reassures her by saying “It’s just an arm. We bought travel insurance right?”

The scene then cuts to Yang Guo’s father Yang Kang, who mentions that they lost all their belongings in the fight. “My clothes are all gone!”

But fortunately, they are comforted by the thought of having travel insurance to cover their mishaps.

1 character thought nothing would happen

Xiaolongnü turns to a character called Kiat to confirm whether he bought travel insurance for them.

It was at this moment, Kiat reports that he did not because he thought “nothing would happen”.

Next time must buy, okay?

When everyone realises that they have no travel insurance, their hopes in getting reimbursement for their mishaps are dashed.

Realising his mistake, Kiat shouts “Sorry everyone!”, dramatically jumping towards a sword to take his own life.

Right before he collapses to his demise, Xiaolongnü then reminds Kiat in his last moments,

Next time must buy, okay?

It’s apparent that Xiaolongnü’s reminder to Kiat to buy insurance, was STB’s way of telling Singaporeans the importance of travel insurance.

The ad, however, received mixed reactions from netizens.

This Facebook user found the video amusing and commented that she loved it.

Meanwhile, another Facebook user said he didn’t know “whether to cringe or to laugh” at the video.

Meanwhile, this Facebook user simply wanted to know the name of the drama STB adapted the ad from.

In the comments, STB also took the chance to inform Singaporeans several important tips for travelling. While you may have different opinions of their approach in educating Singaporeans, you can’t dispute that STB only has our best interests at heart. 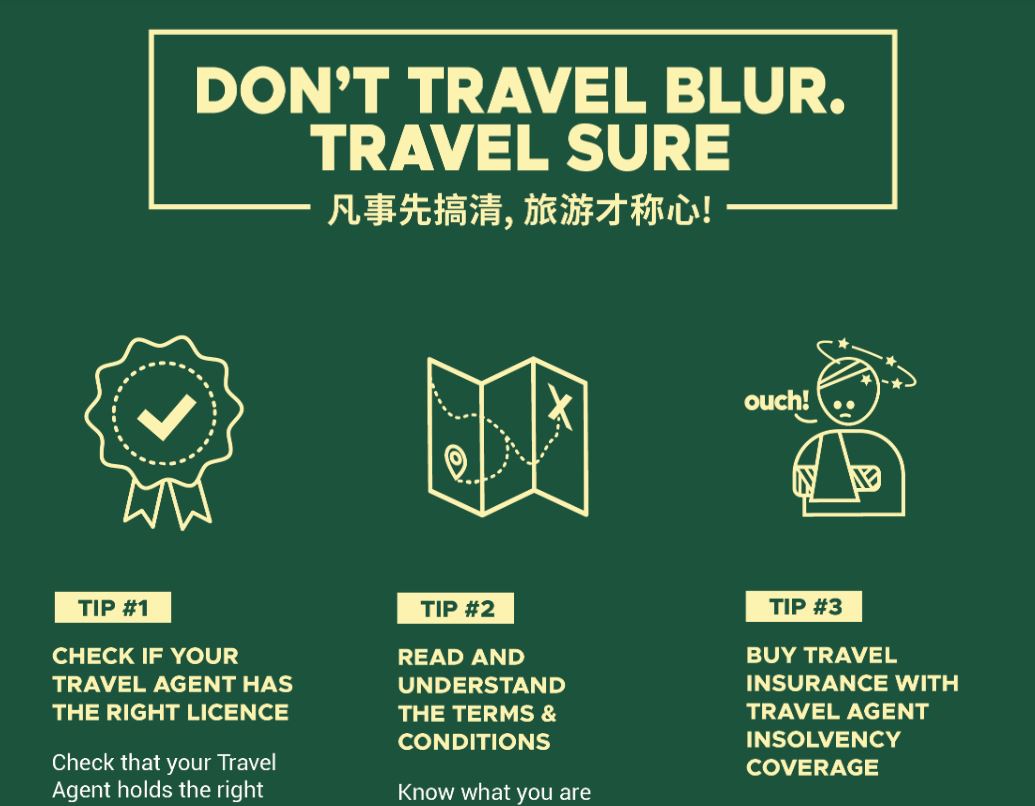 With the words “Don’t travel blur, travel sure”, we hope STB’s message inspires you to consider buying travel insurance. This is so that you’re well protected when travelling overseas.

What do you think of their parody though? Let us know in the comments below.