Woman Allegedly Asks For Chinese Nurse To Vaccinate Her, Netizens Call Out Racism 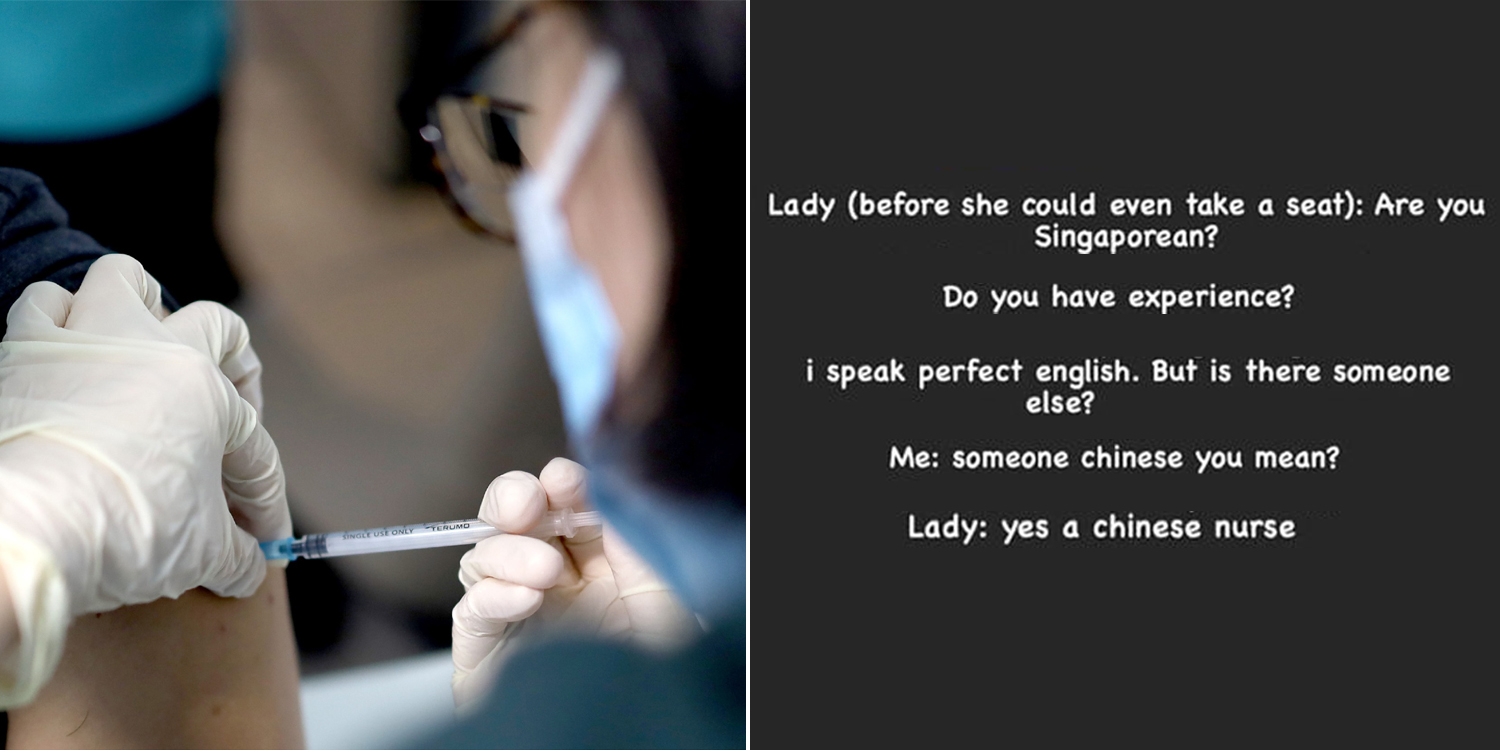 Before she even sat down, she allegedly asked if the nurse was Singaporean.

Nurses in Singapore have been hard at work, with some spending long hours at vaccination centres to ensure everyone gets their jab.

The hours are long and stressful. That’s why when some people cheer them on with kind gestures like giving them snacks, it puts a smile on their faces.

Sadly, a nurse recently faced racist remarks from a vaccine recipient who insisted on having her jab administered by someone of a particular race.

The nurse’s account of the incident was later shared on Instagram. Netizens spoke out in support of the nurse, calling out the woman for her “racist” demand. 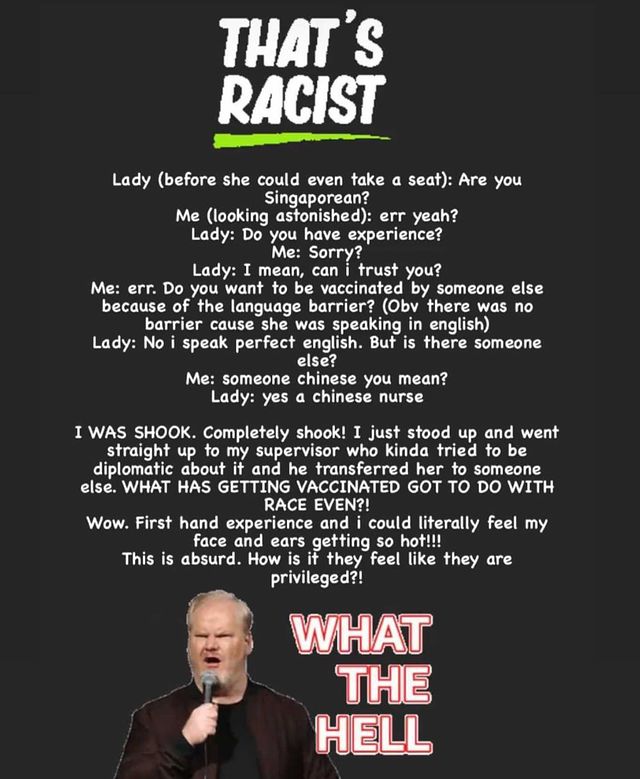 According to the post, the woman asked the nurse if they were Singaporean, even before taking a seat.

Taken aback by the question, the nurse hesitantly said “yes”.

However, the woman continued with her questions, asking the nurse if they had any experience vaccinating people.

Seeing the nurse’s confusion, the woman followed up by asking if she could trust the nurse.

The nurse then asked if there was a language barrier, to which the woman said there was none.

But the woman then requested for another nurse to administer the jab.

Catching on, the nurse asked if she meant a Chinese person and the woman allegedly replied, “yes, a Chinese nurse”.

Manager assigns woman to another nurse

Hearing this, the nurse was shocked and told their supervisor about the issue.

Attempting to be “diplomatic” about the matter, the manager reportedly assigned the woman to another nurse.

Recounting the incident, the nurse felt the entire episode was absurd and wondered how one’s race has to do with their ability to administer a jab.

The nurse then said they were simply playing their part to contribute to the nation’s vaccination efforts. 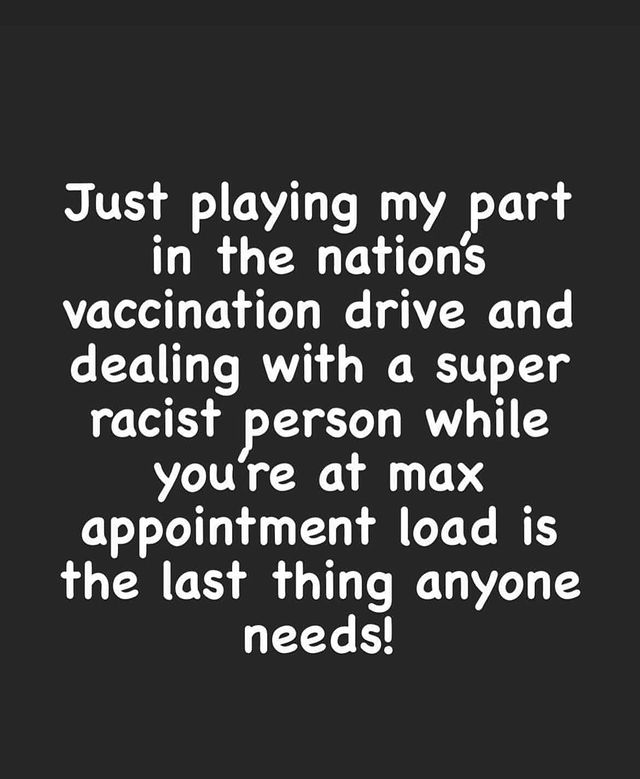 But dealing with a “racist person” while having so much work on their plate was the last thing anyone needed, said the nurse.

This Redditor pointed out that race and nationality have absolutely no bearings on one’s ability to administer a jab.

Unfortunately, other nurses could relate to the nurse’s emotions, saying they too have experienced such incidents “countless times”.

Some also pointed out that the woman’s demands were “disgusting”, and the supervisor should have stood up for the nurse.

The incident may be a one-sided account now, but we believe there’s no harm in being more compassionate and understanding towards our nurses.

After all, nurses have been working tirelessly in our long-drawn fight against Covid-19 and should be treated with the due respect, regardless of their race or nationality.

What are your thoughts on the incident? Let us know in the comments below.