100 Residents Evacuated After Fire Breaks Out At Yishun HDB, 10 Sent To Hospital 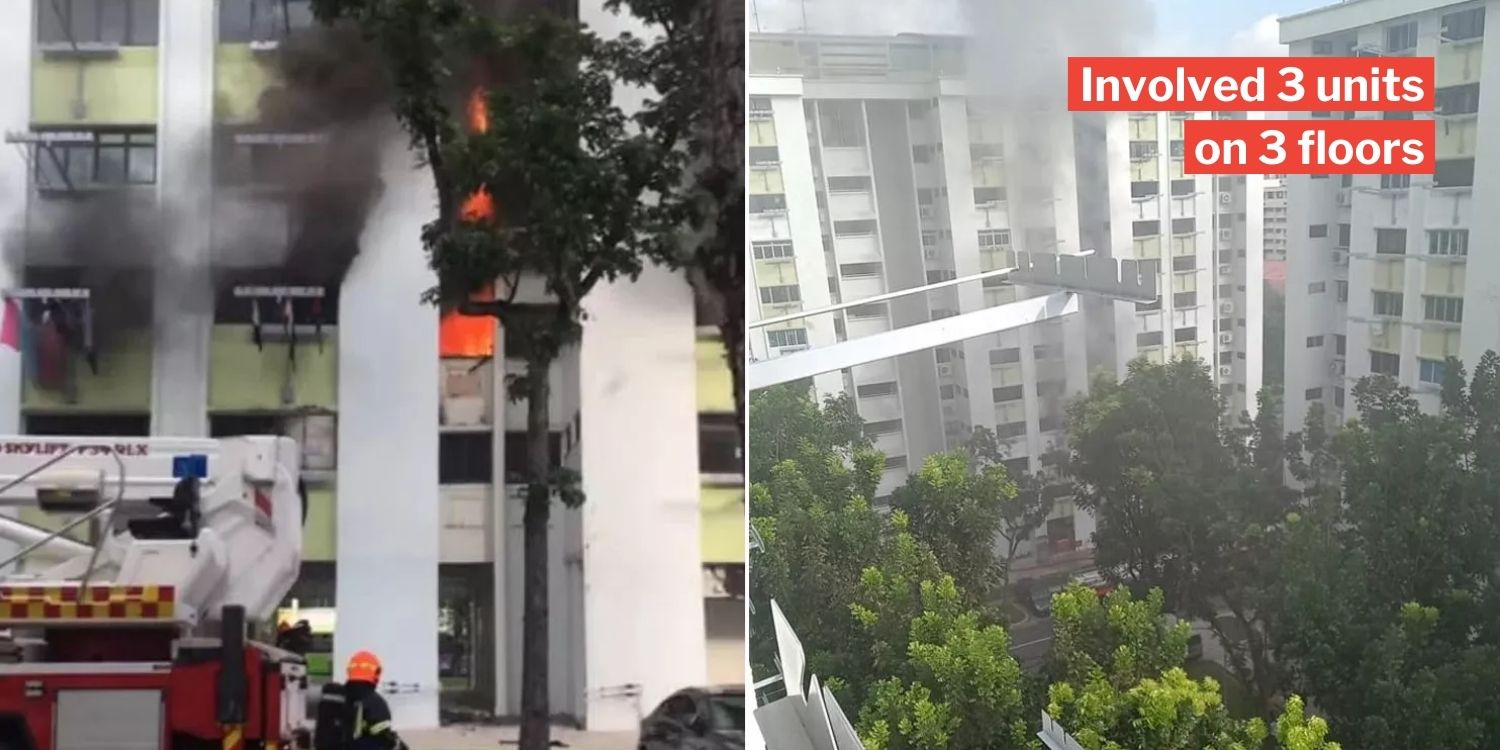 Most of us woke up this morning (29 Jun) to cool, rainy weather. But some residents living along Yishun Ring Road saw the troubling sight of billowing smoke instead. 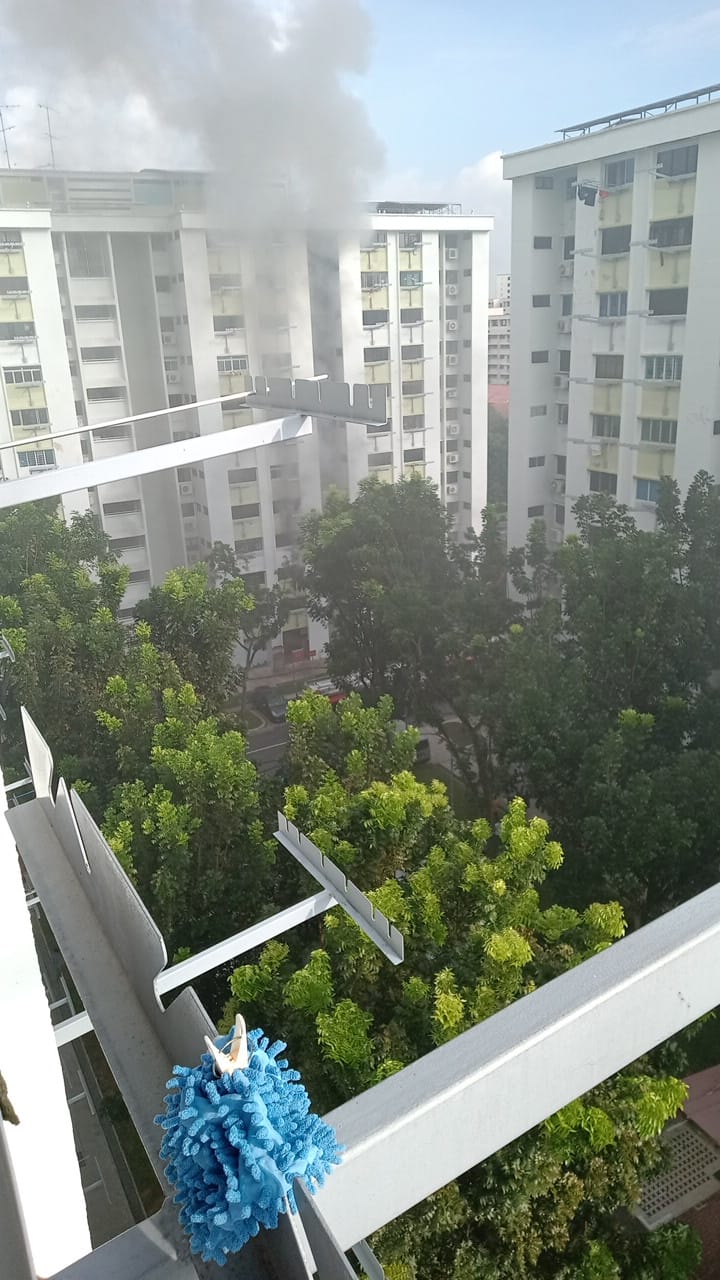 A large fire had broken out at an HDB unit and had spread to the 2 units above. 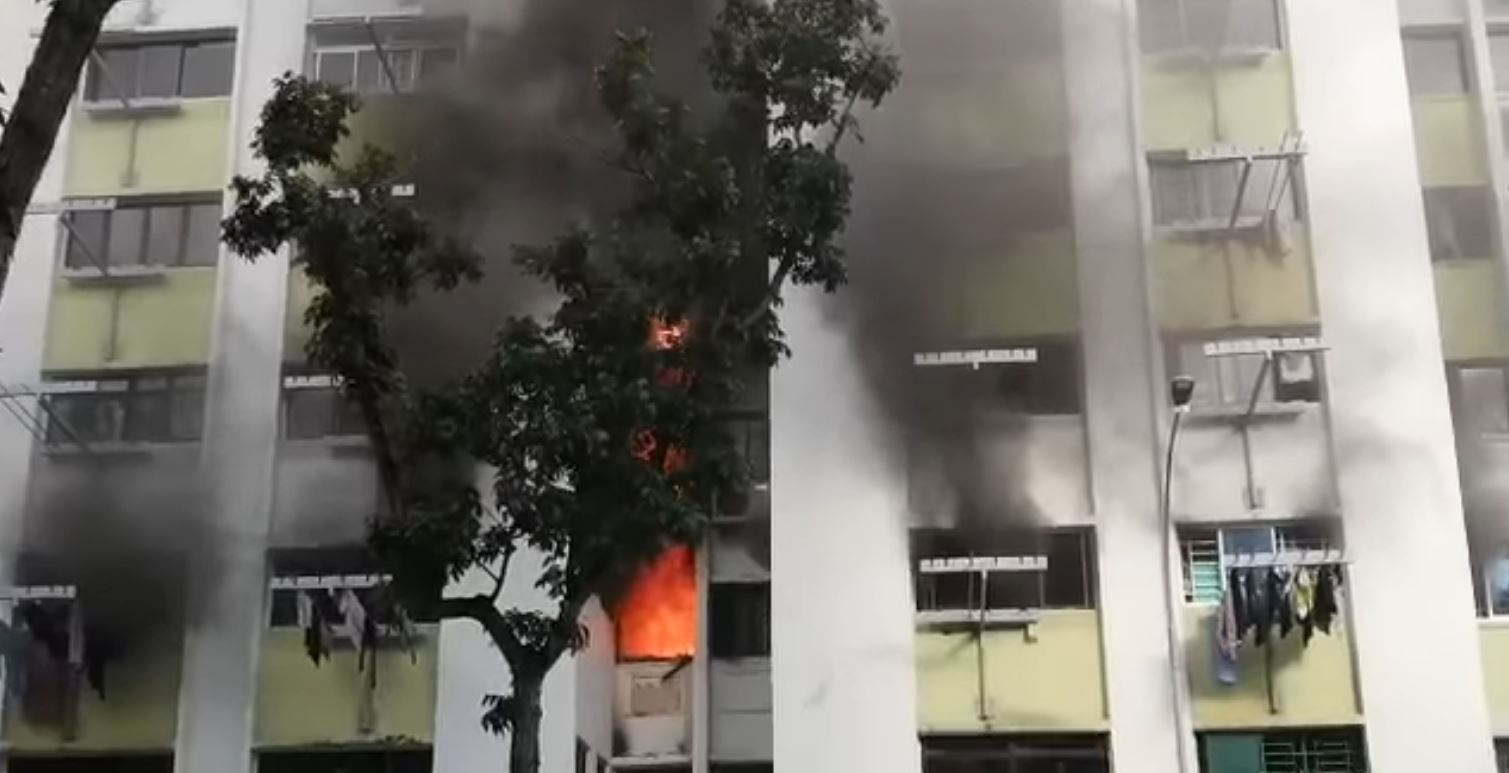 In video clips shared on Facebook, 3 units located on the 3rd, 4th and 5th floor of Block 141 Yishun Ring Road were engulfed in flames. 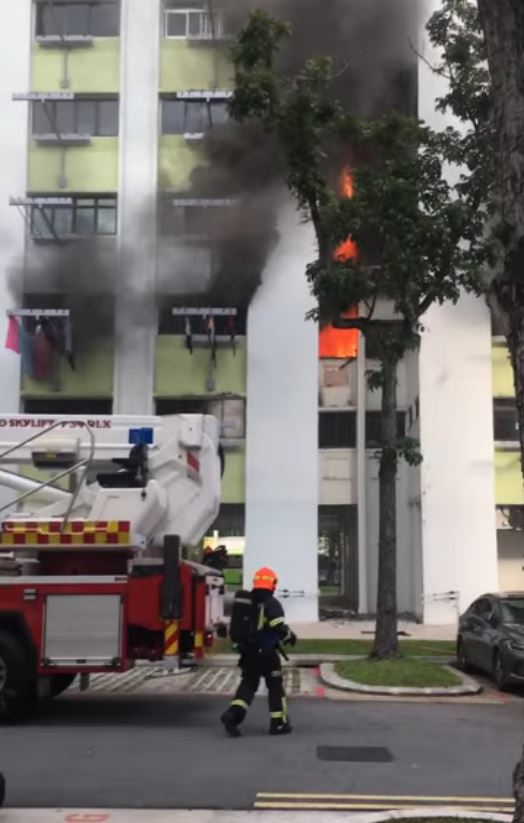 Plumes of thick black smoke were also seen billowing from the 3rd-floor unit, where the fire reportedly originated. 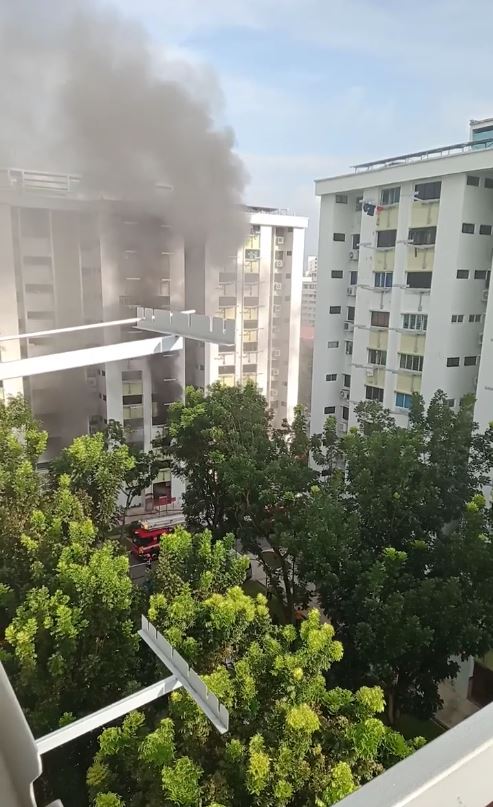 SCDF officers arrived at the scene and were seen extinguishing the fire using a water jet. 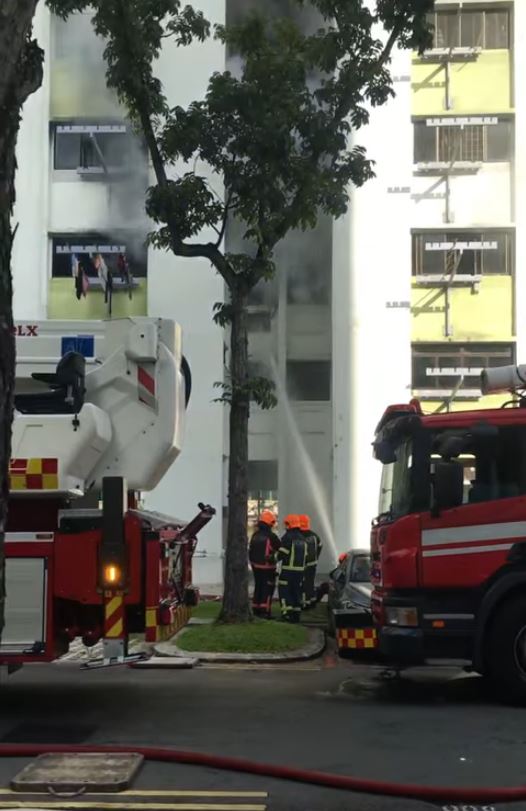 A large crowd had also gathered around the block surrounding the cordoned area. 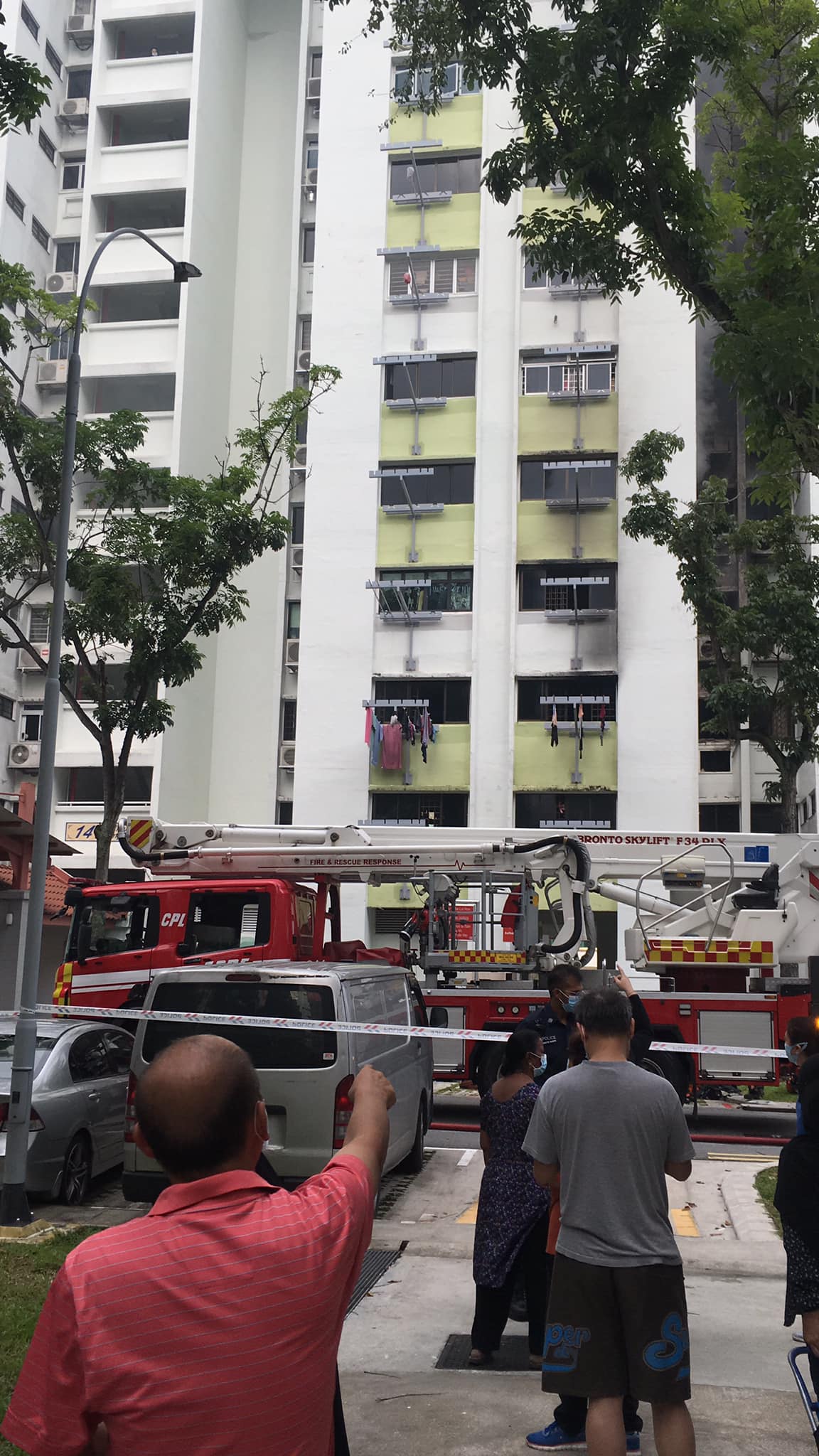 SCDF said in a Facebook update that they were alerted to a fire at the block at around 8.30am. When they arrived at the scene, smoke was coming out from units on the 3rd, 4th and 5th floors.

The fire involved a master bedroom of a unit on each floor. In total, 3 units sustained damages. The flames were successfully extinguished using 3 water jets.

100 residents from the 2nd to 10th floor self-evacuated before SCDF arrived.

Meanwhile, 10 others, including a police officer, were sent to Singapore General Hospital for smoke inhalation.

Residents interviewed by Lianhe Zaobao said they heard 3 exploding sounds, which were believed to have originated from the aircon units on the 4th and 5th floors.

Charred debris was also seen at the foot of the block, directly under the affected units. 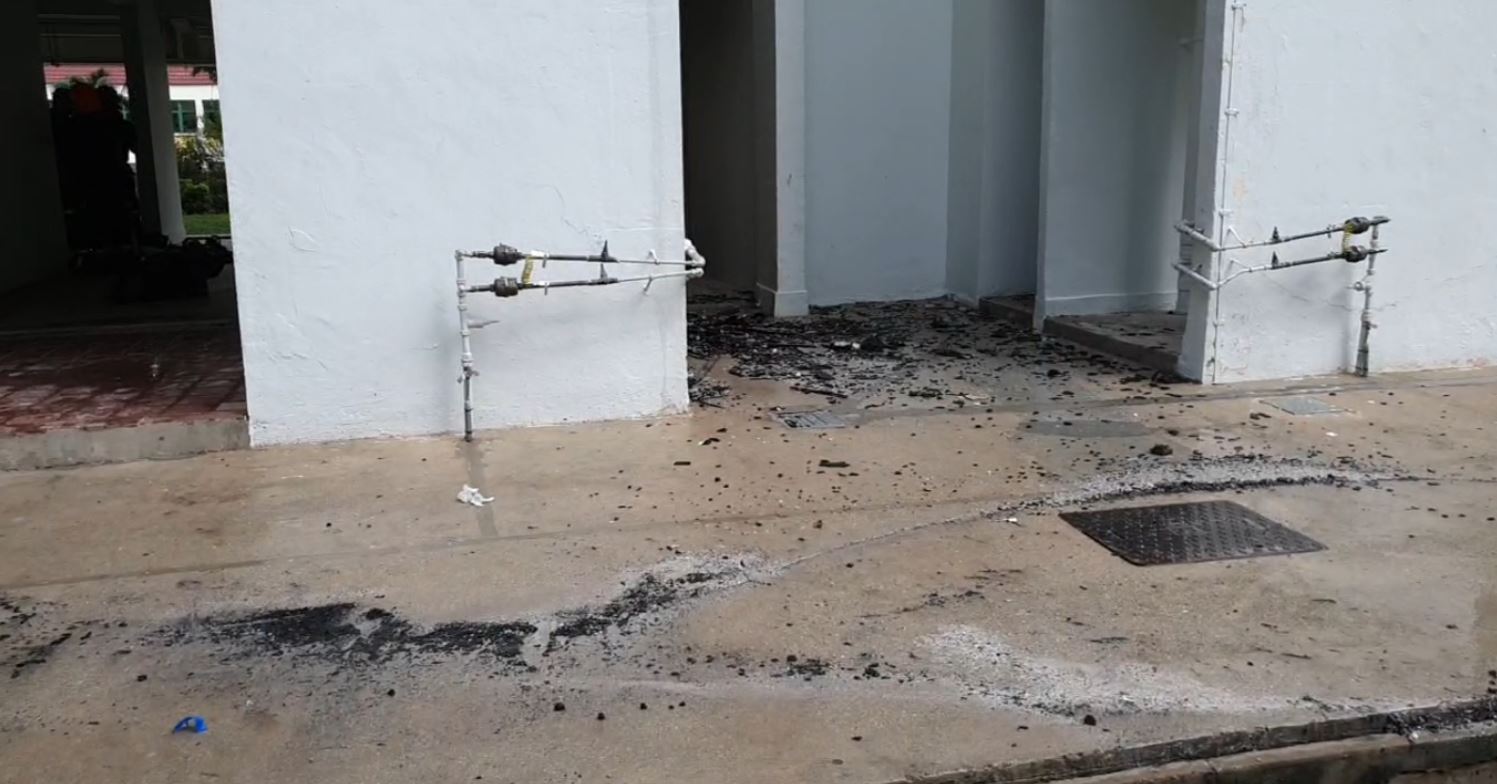 The niece of the 3rd-floor resident told Lianhe Zaobao that her aunt was praying in the morning when lit camphor dropped on her bed. 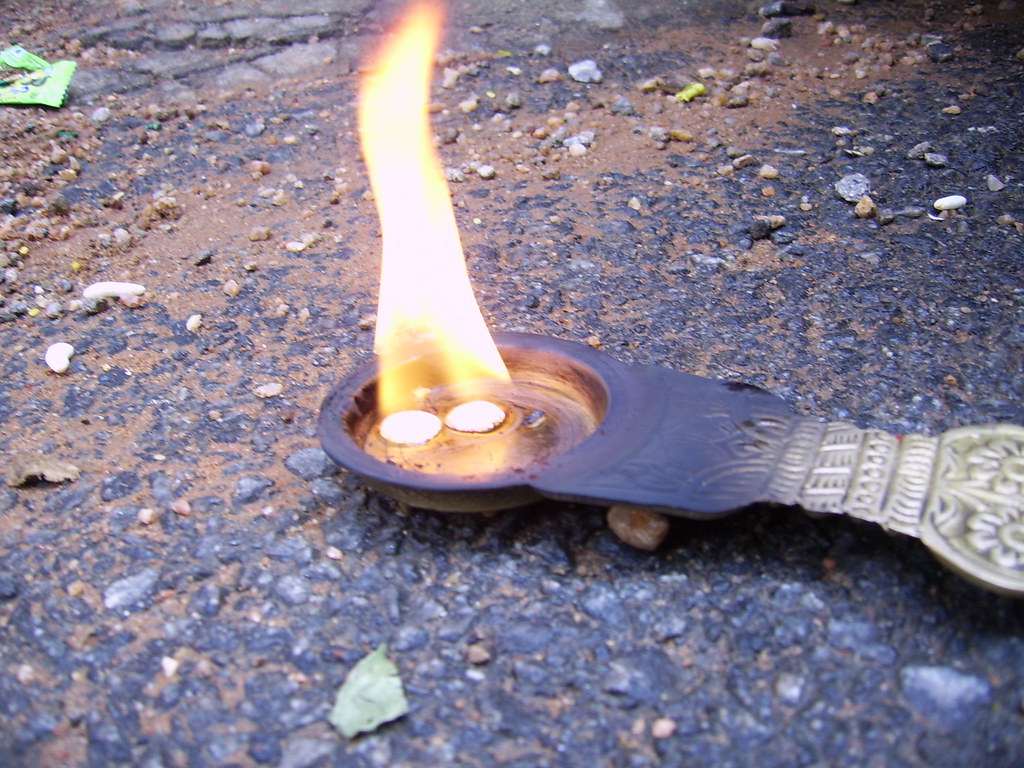 However, the lady, who has dementia, did not realise this immediately. By the time she realised something was burning, the entire mattress had gone up in flames.

Thankfully, she was conscious when SCDF personnel rescued her. Nevertheless, she was conveyed to the hospital for inhaling excessive smoke.

Our thoughts are with the affected families

It’s terrifying to see such a severe fire happening in one of our heartlands.

Hopefully, no one suffered serious injuries, and the affected residents who inhaled smoke can receive treatment as soon as possible.

While it’s challenging to rebuild homes damaged by the flames, we also hope the victims can receive the help they need in time.