UPDATE (8 Sep, 1.50pm): According to a Straits Times report, the driver is now assisting the police in investigations.

A car driving against traffic is not something that happens frequently, but it does happen from time to time.

A video uploaded to Facebook page Singapore Taxi Driver on Sunday (8 Sep) shows a lady speeding off against traffic along Upper Cross Street. The post comprised 2 videos. You can view them here.

The first video opens with the black Mercedes, head against traffic and with half its body on the pavement.

A man in a red T-shirt is seen with his hand on the car handle, saying in Chinese, “she goes out that way”. It is possible that he was trying to direct her out of that odd position, as is inferred from the conversation later on. 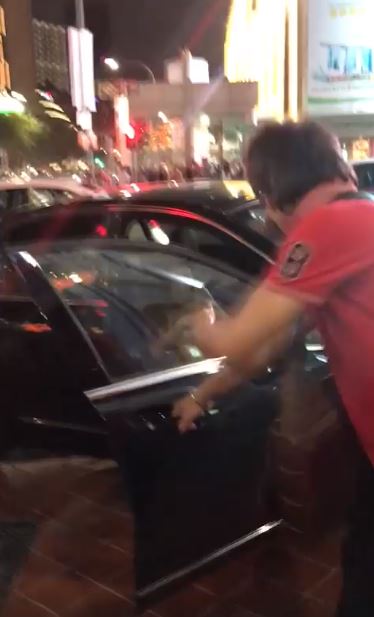 Suddenly, the woman steps out of her car, goes up and supposedly hits the man before cussing at him and returning to her vehicle. 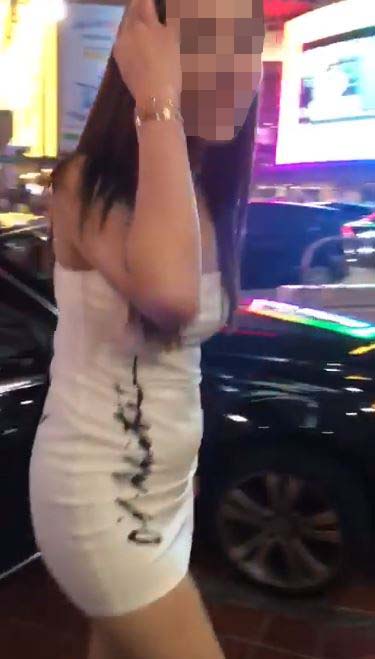 Some people in the background are later heard talking about how she should’ve reversed. One man said he had told her to reverse, but she kept going forward instead. 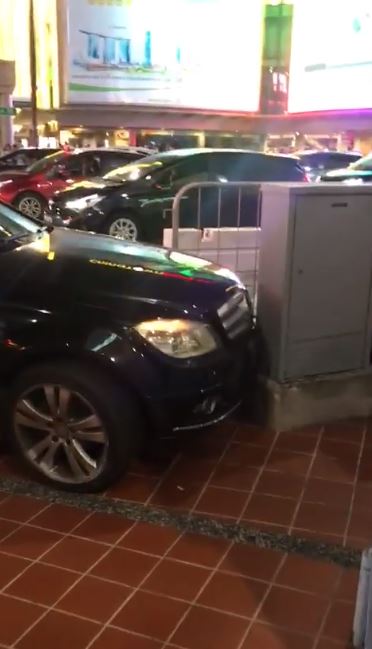 The second video showed the lady, after having gotten into her car, speeding off on the side lane against traffic. Thankfully, insofar as it was seen in the video, there were no cars on that lane. 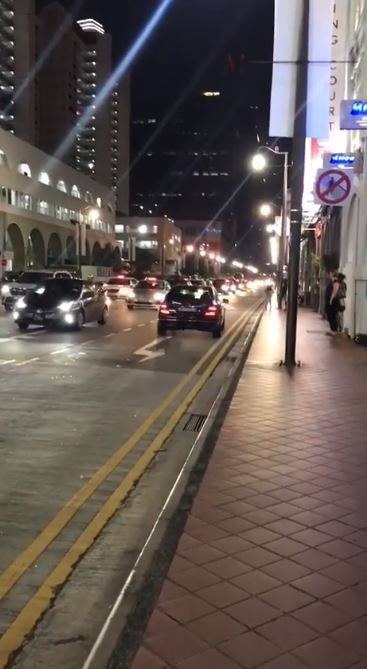 For driving against traffic, the lady could face a $200 fine along with 6 demerit points. And given how quickly she was driving, it may very well be considered reckless and dangerous driving — for which she will receive 24 demerit points and be taken to court.

If you ever find yourself in the wrong lane, remember to stay calm and try to solve the problems slowly. Accidents almost always happen when people are hasty. Let’s do our best to keep everyone safe!