Bellamy Baby Pasta Has High Levels Of Arsenic, Parents Advised Not To Feed It To Babies

Singapore has seen her fair share of recalled food products this year, but it seems the Singapore Food Agency (SFA) has been alerted to another one of such products of late.

On Tuesday (3 Nov), the SFA announced that Bellamy’s Organic Baby Pasta – a popular choice among mothers with infants – has been found to have 3 times the approved limit of arsenic, which is highly poisonous to babies. The Agency has since recalled the product and advises consumers not to feed their infants with the affected pasta. 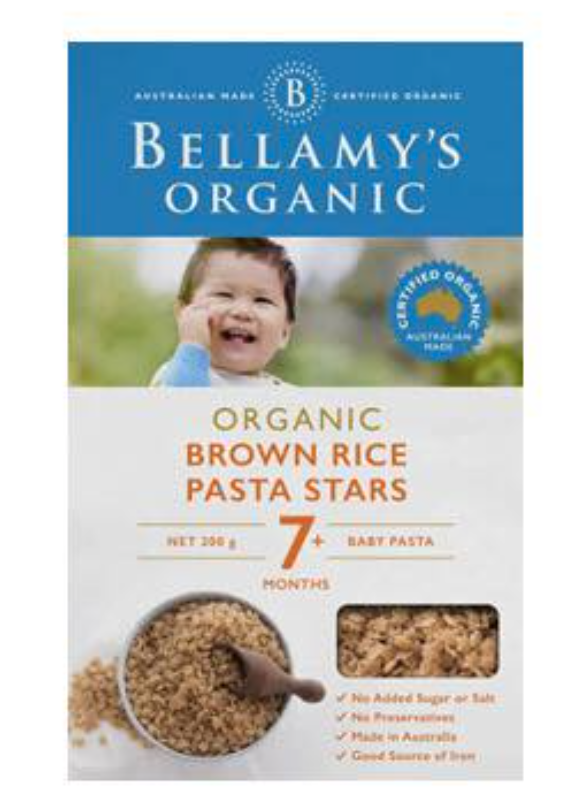 The SFA announced on Tues (3 Nov) that Bellamy’s Organic – Organic Brown Rice Pasta Stars was found with 3 times the approved limit set out by the Singapore Food Regulations, as reported by Channel NewsAsia (CNA). 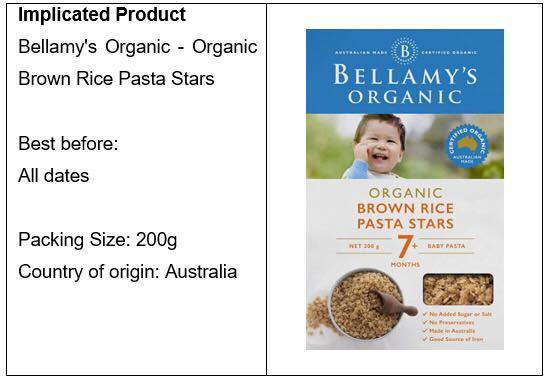 The maximum level is 0.1ppm (parts per million). However, the amount found in the pasta fell between 0.12ppm and 0.3ppm.

According to TODAY Online, SFA has recalled the product imported by DKSH Marketing Services and shipped from Australia.

Bellamy’s Organic also issued a statement that they are proceeding with the “necessary steps” to remove the product from the mass market. Arsenic, if consumed at high levels and for a long term, might cause poisoning which induces side effects such as vomiting, abdominal pain, and diarrhoea.

SFA has advised all parents who have bought the product to refrain from feeding it to their infants.

For babies who are feeling unwell, they are advised to seek medical attention.

Parents who have bought the product may get in touch with the establishments they bought it from and ask for an exchange.

Kudos to SFA for the necessary measures

Kudos to SFA for taking the necessary measures to ensure consumers’ safety.

If you know anyone who had bought the affected product, alert them to the recall so their loved ones do not suffer from the side effects.

Featured image adapted from Tell Me Baby and Carousell.