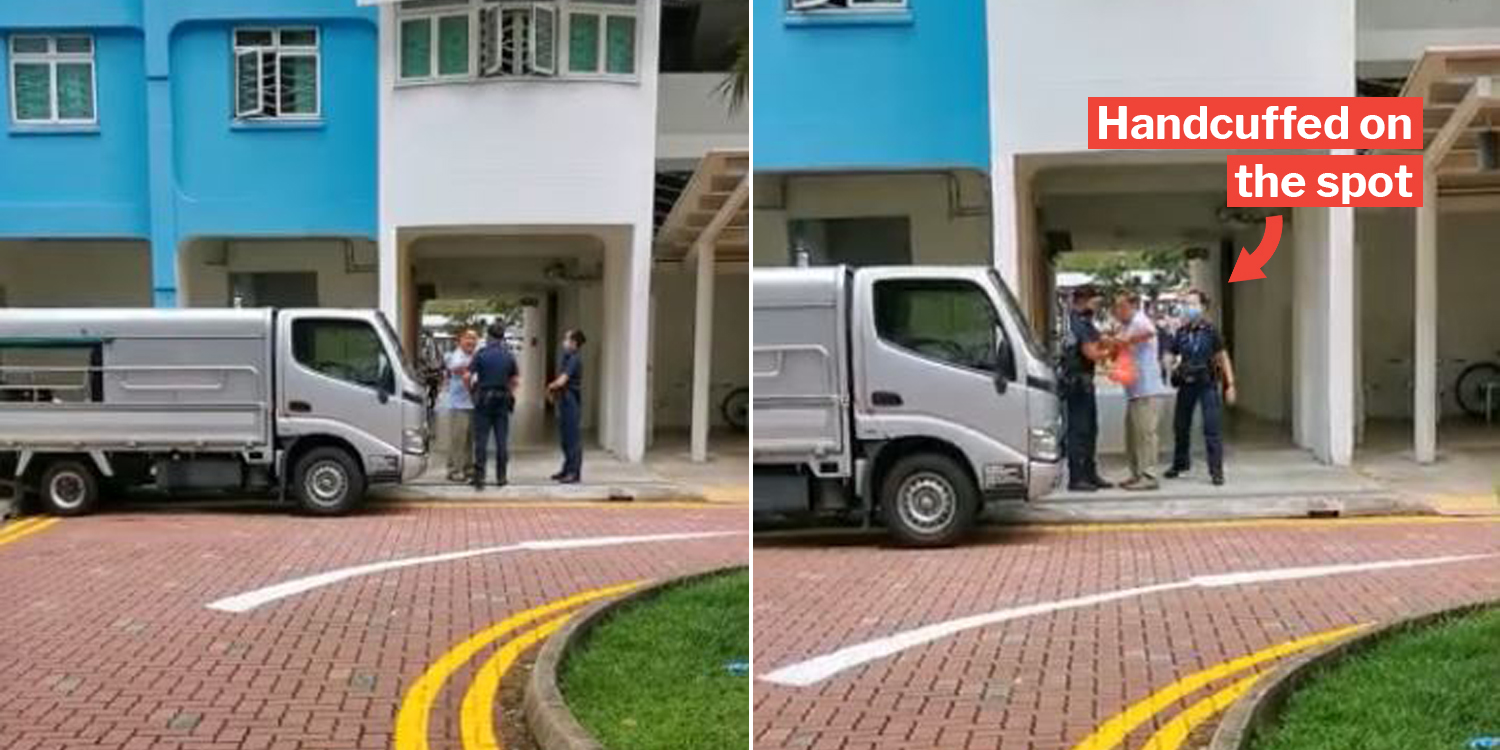 He later got arrested.

Man In Bendemeer ‘Dabao Incident’ Refused To Cooperate With Police

As the ‘Circuit Breaker’ measures kicked in yesterday (7 Apr), Singaporeans are prohibited from dining in at restaurants and kopitiams.

While most of us complied with these measures without much complaints, one ‘uncle’ had quite a lot to say about it.

In a clip posted on Facebook, an elderly man was seen having a heated conversation with 2 police officers. 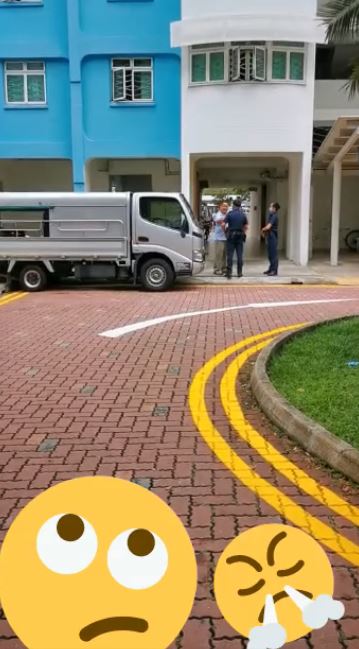 Turns out, the man dabao-ed food to eat at the void deck. When the officers advised him to leave, he refused to cooperate and was subsequently arrested, according to STOMP.

According to STOMP, the incident took place at Block 28 Bendemeer Road at around 11.40am on Tuesday (7 Apr). 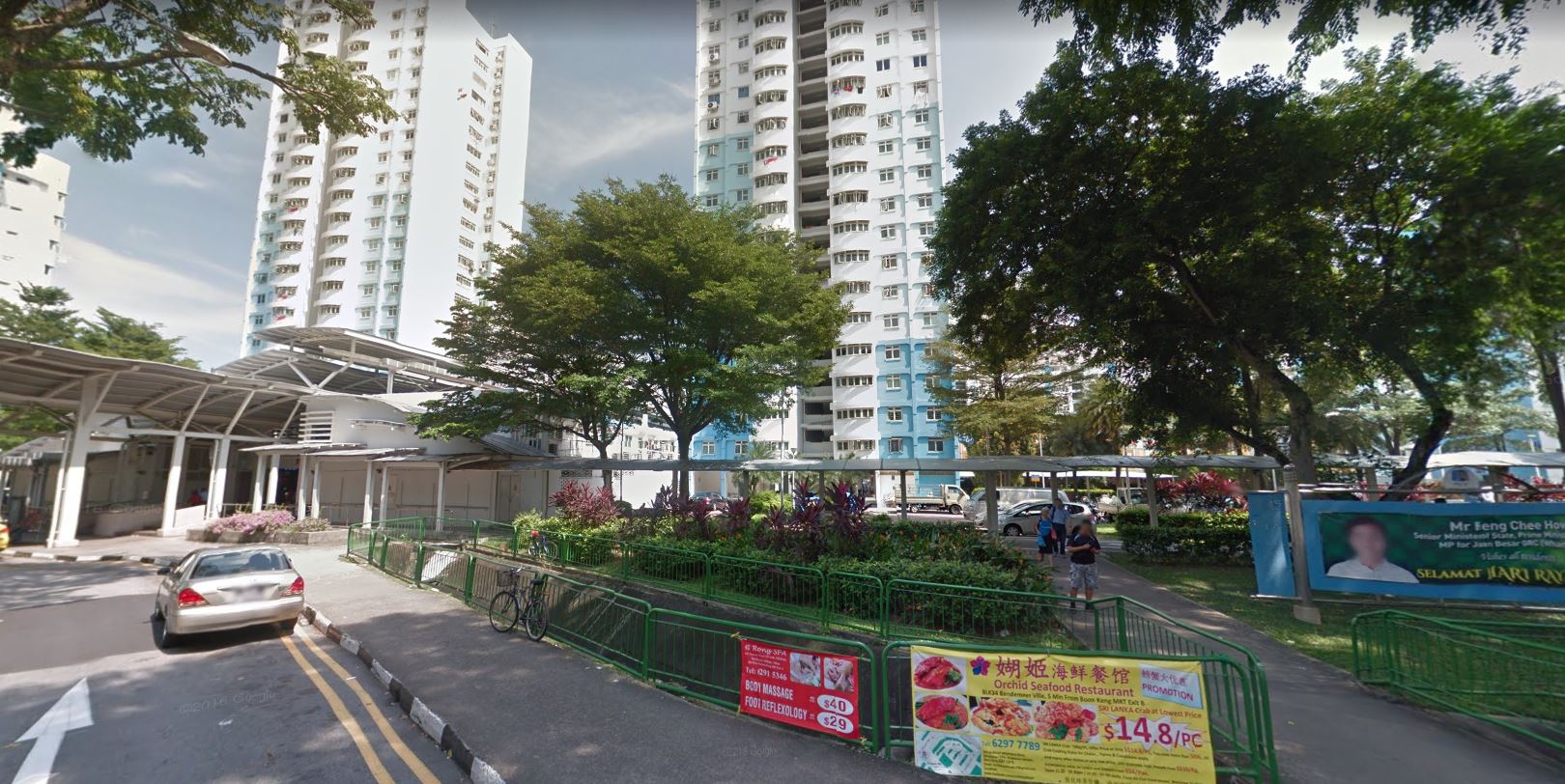 The 71-year-old man reportedly wanted to consume his packet lunch at one of the void deck tables.

Seeing this, 2 police officers on foot patrol told the elderly man to have his lunch at home and not “loiter in public unnecessarily”, reports Channel NewsAsia (CNA).

The man, instead, got into an argument with the cops, refusing to cooperate despite being advised numerous times.

The officers had no choice but to arrest him for disorderly behaviour.

In the video, as the cops were handcuffing him, the man continued shouting at the officers. 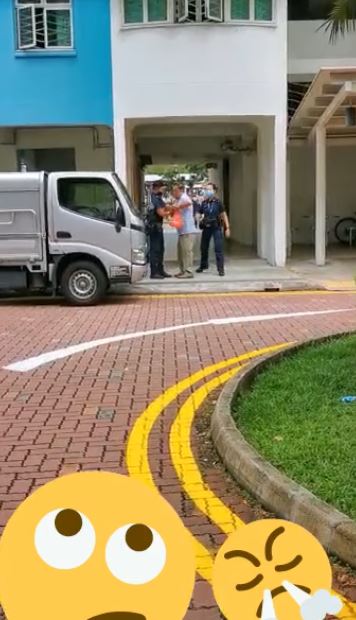 The police urged Singaporeans to adhere to ‘Circuit Breaker’ measures and only go out for “essential activities”, reports CNA.

This incident highlights how serious the government is when it comes to tackling Covid-19.

The ‘Circuit Breaker’ measures will surely bring about inconvenience for Singaporeans but are necessary tools to keep the outbreak under control.

Let’s cooperate and each do our part to keep the virus situation under control. These are unprecedented times and would require extraordinary efforts to overcome it.