Not sure Tarzan or Jane.

Sometimes, reality can be stranger than fiction. And not everything that we see is everything it seems.

That testament is proven true by the appearance of a blonde ‘lady’ climbing down a building in Hong Kong while wearing white lingerie. 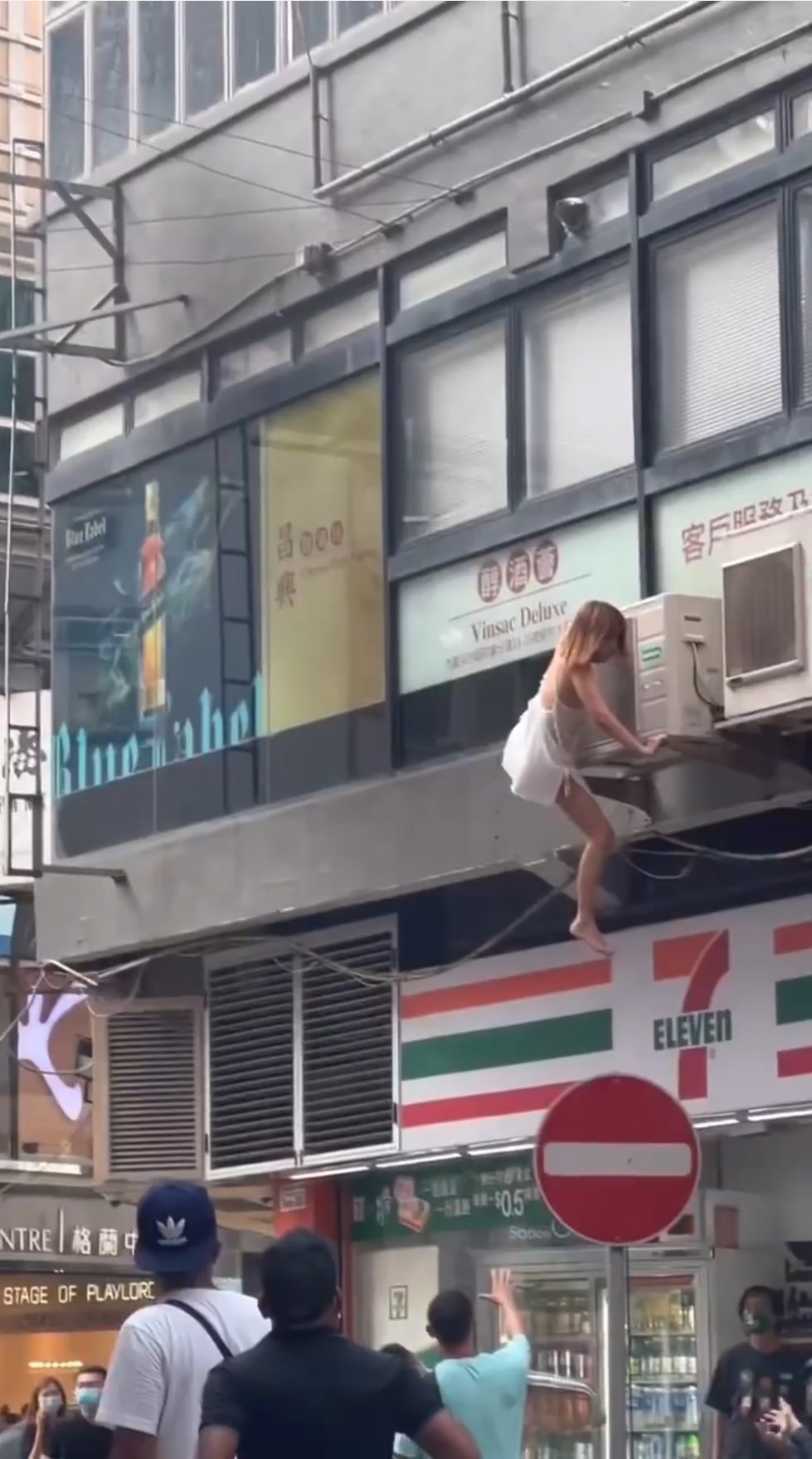 The viral video has circulated on social media like wildfire. Although entertaining and perplexing, there was initially little context as to what was happening.

However, it was later reported that the ‘lady’ was a in fact a male sex worker from Thailand. He was fleeing from a police raid that afternoon but was later arrested.

In a series of videos, the ‘lady’ was seen climbing down a building in the busy streets of Hong Kong.

It’s unknown from what floor she started her descent, but from one of the videos, it looked as though she climbed out of a window on the third floor of the building.

Remarkably strong, she held to the edge of the building while slowly finding her feet to make small strides downwards.

After reaching the second floor, she sat on a ledge as she nervously looked behind her shoulders, seemingly to keep a look out for her pursuers.

Her antics didn’t go unnoticed though, as passersby watched on intently. At one point, the crowd even shrieked when she was about to make a wrong step.

In the last of three videos, the feminine figure daringly took a leap of faith, jumping onto a road sign from an air conditioning unit on the second floor.

Even though she had little room for error, she expertly got on top of the road sign and, with passersby’s help, managed to get on the ground floor safely.

Looking visibly shaken, the ‘lady’ was later escorted by a man away from the scene.

Blonde ‘lady’ turns out to be male Thai sex worker

According to HK01, the police were conducting a massive raid on a supposed vice syndicate.

Along with the illegal sex workers, the police seized about S$18,167 (HK$100,000) in cash as well as large amounts of condoms, mouthwash, lubricants and a private car used for discreet transportation.

Investigations also revealed the identity of the ‘lady’, who was later found to be a 30-year-old Thai man.

Having entered the country illegally, he attempted to slip past the raid by climbing out of the building’s window.

Despite his daring attempt, the police later arrested him for “violating the conditions of stay” and was later taken to a hospital for medical examination.