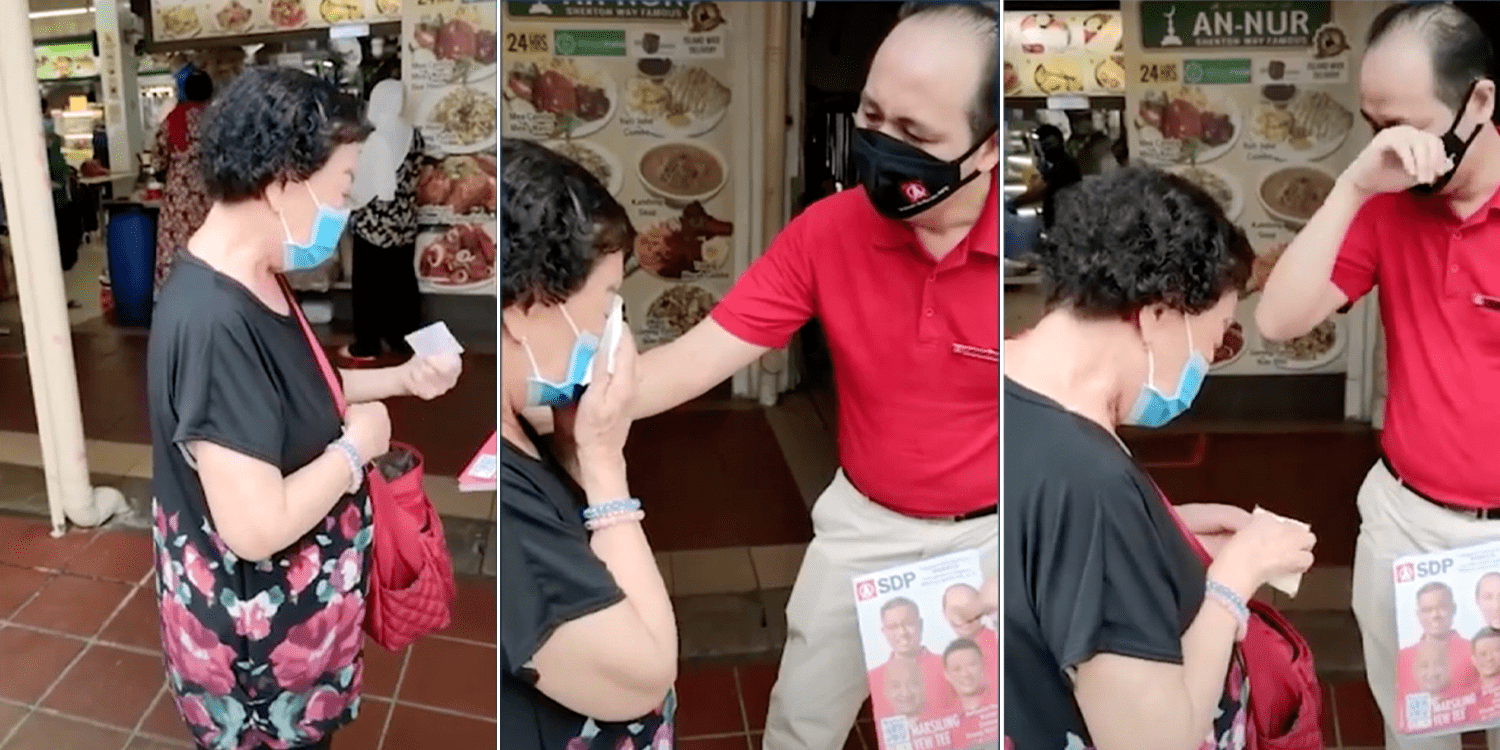 The woman didn't want to burden her son.

Candidates often walk the grounds during their election campaign, in hopes of getting to know residents they wish to serve.

Oftentimes, they hear heartfelt and unfiltered stories from their constituents. 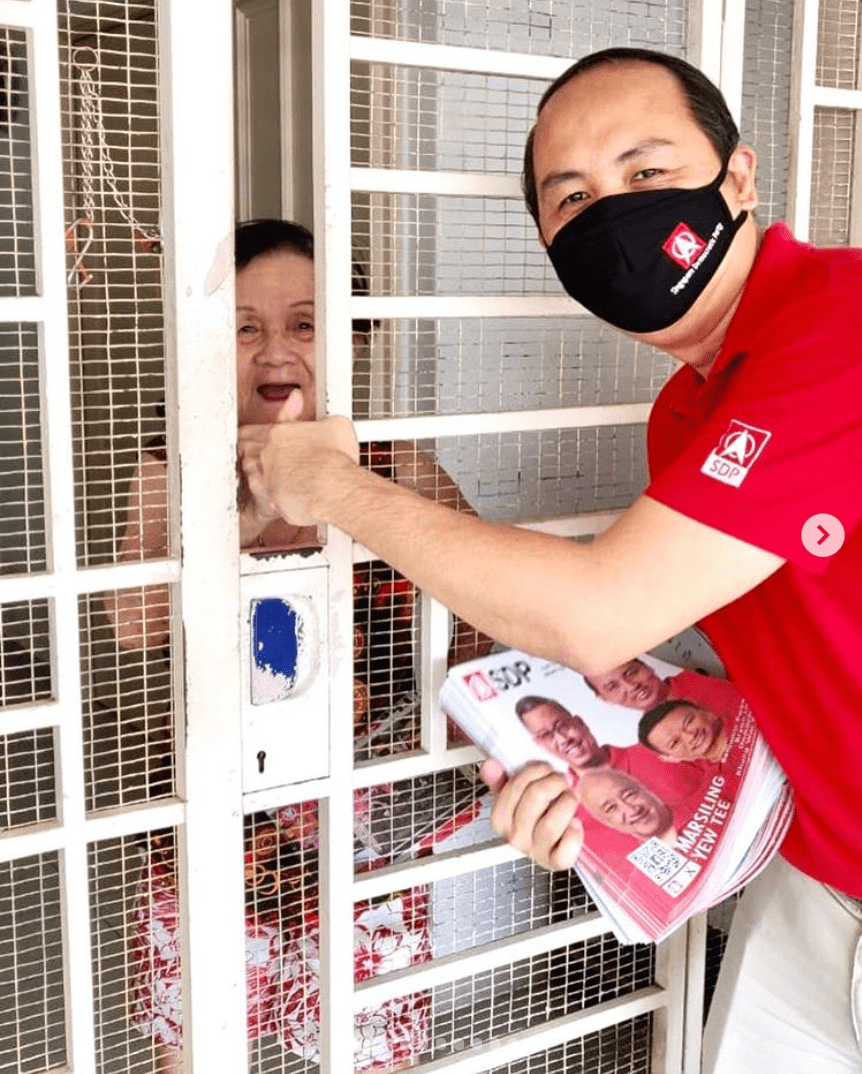 On 7 Jul, the Singapore Democratic Party (SDP) shared a video of Bryan Lim interacting with an elderly woman called Madam Tan on their Facebook page. 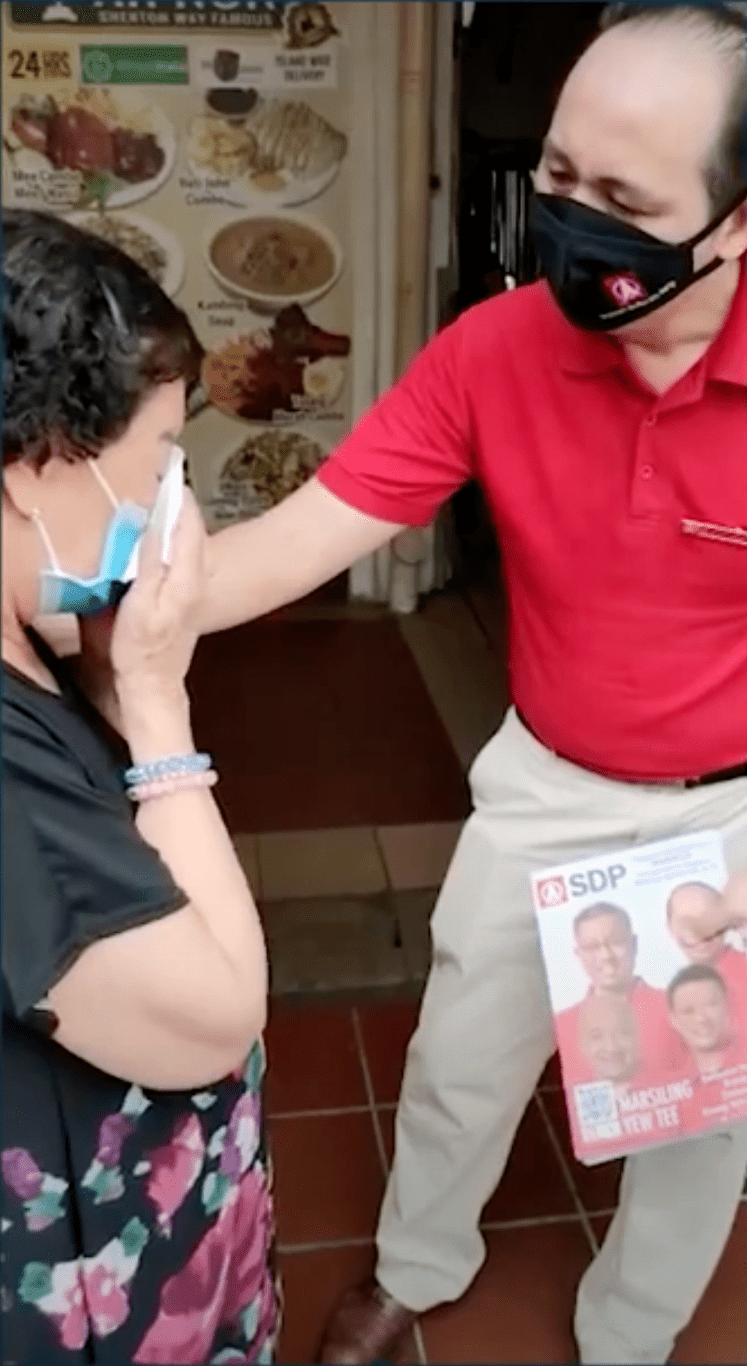 Mr Lim is running for Marsiling-Yew Tee GRC and was on his walkabout when he met the 74-year-old resident.

Madam Tan was at her wits end

When approached by Mr Lim, Madam Tan poured her troubles out to him.

She shared that she works 4 hours as a dishwasher, earning just $32 a day. After deduction for her Central Provident Fund (CPF), she is left with a measly sum of cash on hand.

On top of that, her body is deteriorating with age. Madam Tan’s knees are gradually getting weaker, and she has pre-existing medical conditions in her stomach.

As Madam Tan shared her story, she was choking back her tears.

The video elaborated that Madam Tan had previously applied for social welfare to ease her financial burden but was rejected. She was denied on the grounds that her 50-year-old son had an income of about $3,000 a month.

However, Madam Tan related that she didn’t want to “be a burden” to him.

When she tried seeking help, authorities told her that her son could submit a written appeal. Unfortunately, he couldn’t do it as he wasn’t proficient in English.

Bryan Lim broke down as duo shared a moment in tears

However, as she continued to share her struggles, he broke down. He tried to brush his tears away as he listened on. 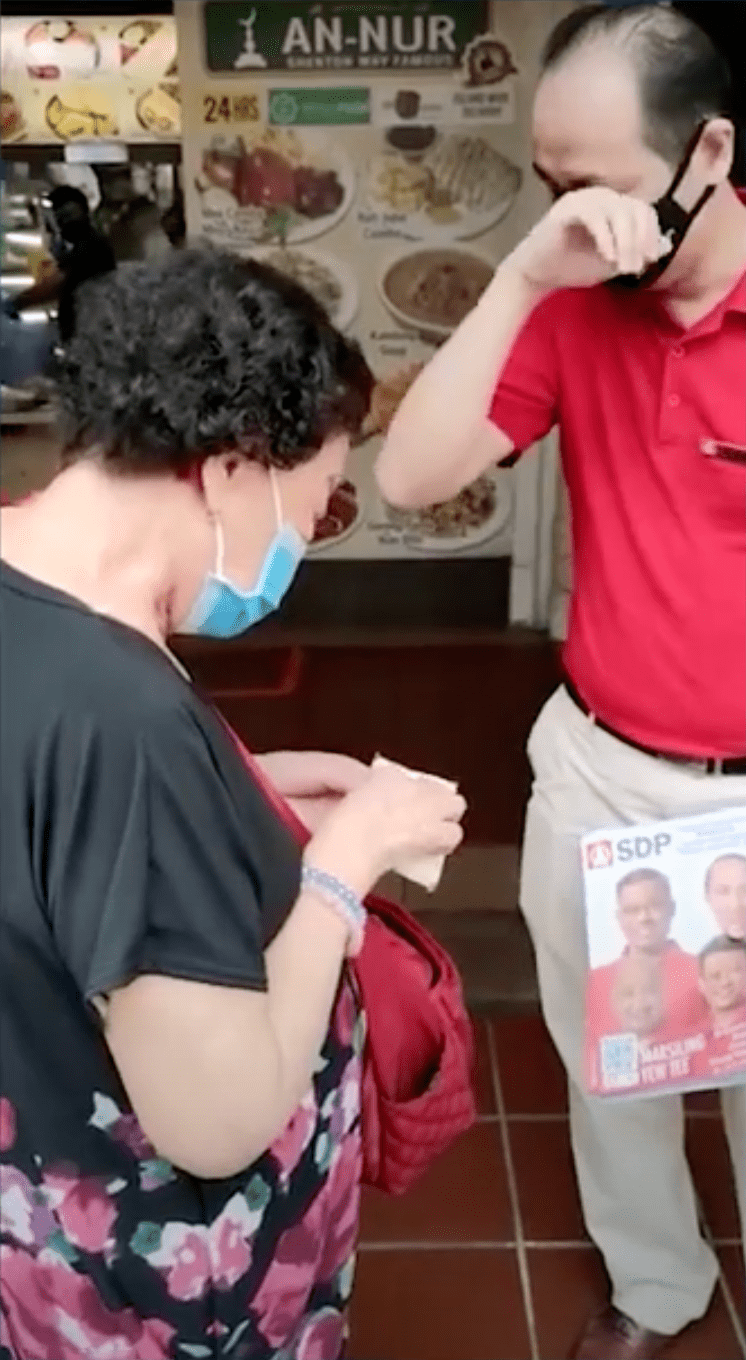 Mr Lim’s encounter with Madam Tan was perhaps, a timely encouragement for him amidst a gruelling campaign period.

These moments of vulnerability shared between politicians and constituents illustrate the importance of meeting on common ground.

Even surrounded by the hubbub of a polarising election, we are reminded of what matters in such an instance — the experience of true empathy between 2 individuals.