As candidates walk the grounds leading up to the elections, they often get to hear heartfelt stories from constituents that they hope to serve.

On Monday (6 Jul), Workers’ Party candidate Nicole Seah recounted one such instance when she was on the cab. Upon arriving at her destination, she unassumingly paid for her cab ride, just like any other ordinary day. But she could not have expected what came next.

Genuine gesture by taxi uncle despite facing own struggles

According to her Instagram post, Ms Seah got on the taxi after a long day of campaigning with her Workers’ Party (WP) team contesting for East Coast GRC. 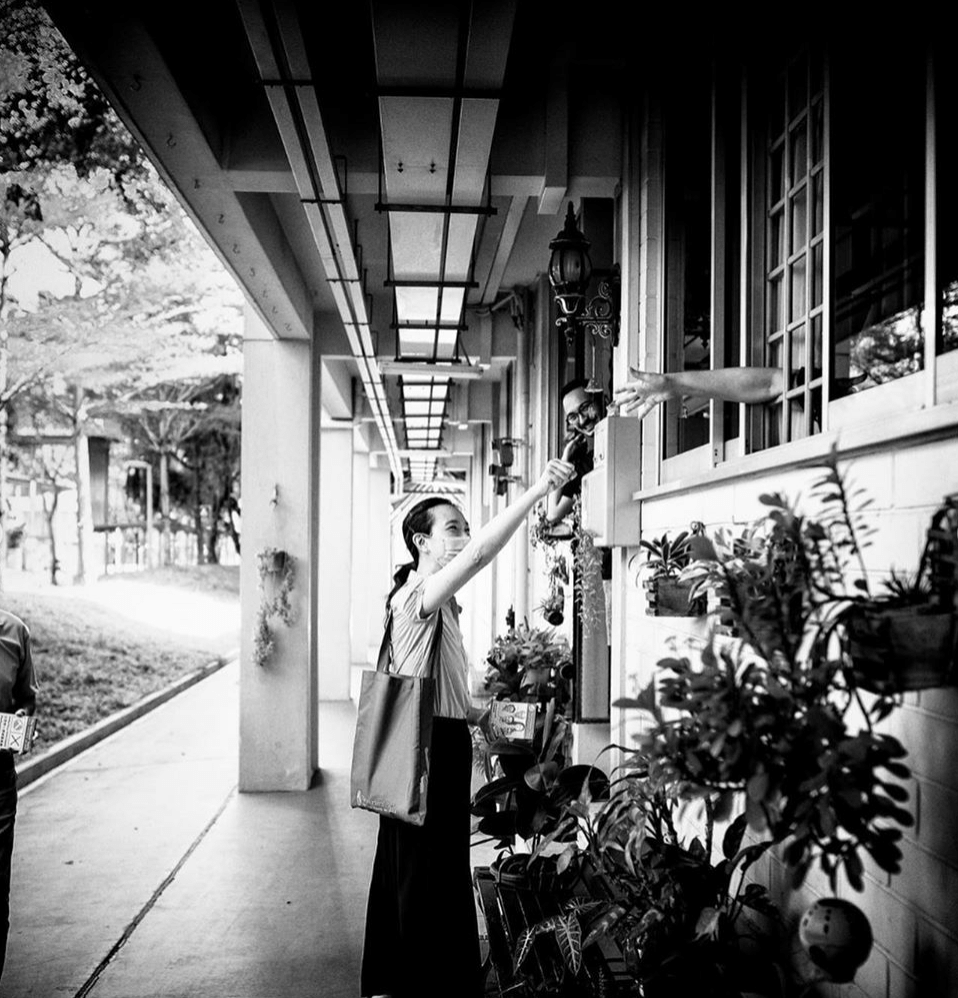 After reaching her destination, Ms Seah paid for her cab fare, just like any usual taxi ride.

To her surprise, the taxi uncle turned off the meter and reached into his own wallet instead.

He said in Mandarin,

I hope the WP can accept my small donation of $200.

Tears welled up in his eyes and he apparently started crying.

Taking in the situation, Ms Seah refused his money, knowing that he was probably facing difficulties in such an uncertain period.

She went on to assure him that his moral support was all her team needed to keep them going.

Encouraged and heartened by the taxi uncle’s actions, Ms Seah later recounted the story on her Instagram, saying that

Seeing the tears in his eyes really broke my heart.

Other users reposted the story, and praised Ms Seah for being genuine, down-to-earth, and eloquent. 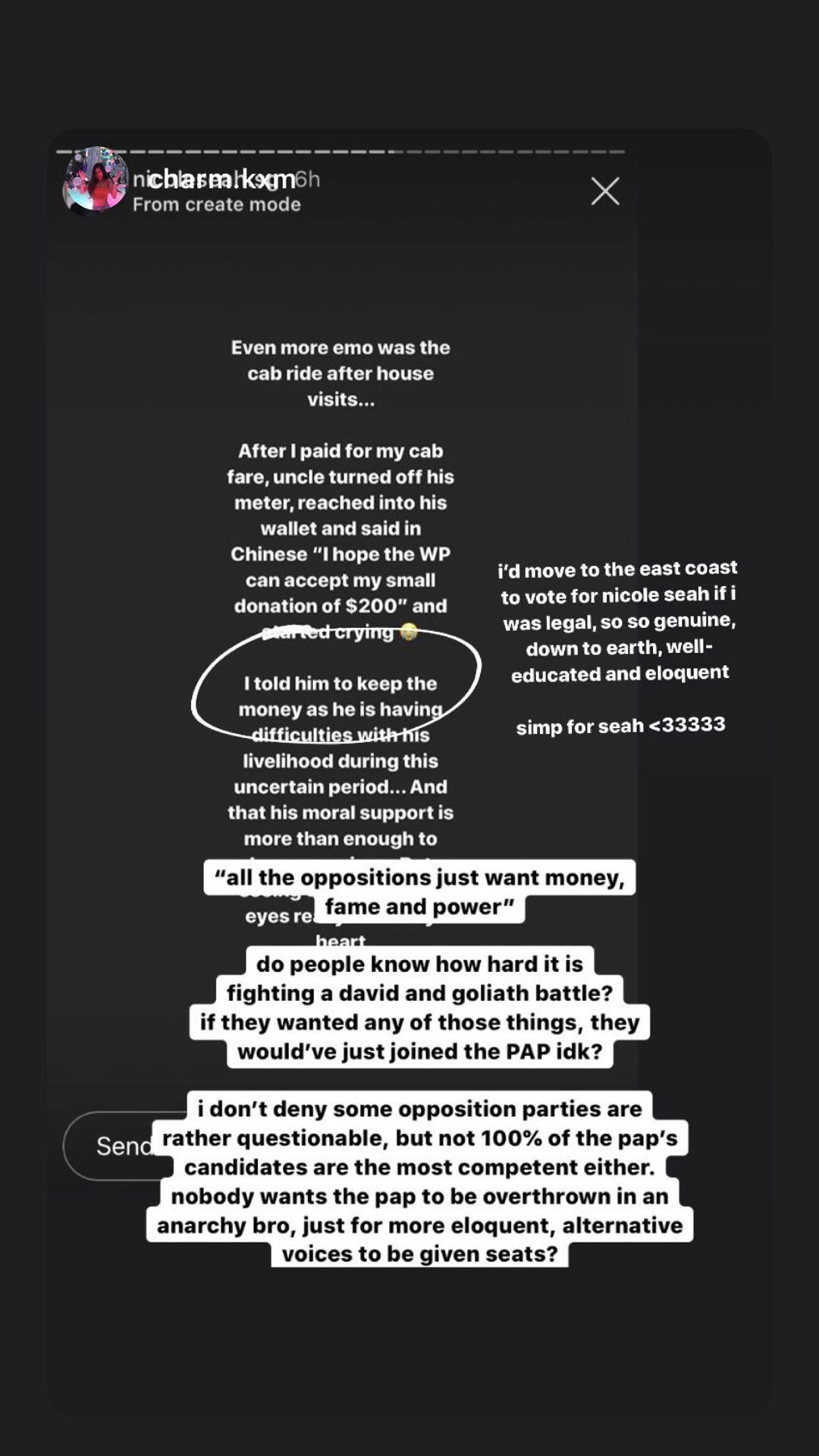 Taxi ride came after an emotional day of house visits

The heartbreaking taxi ride came after a morning of “emo” house visits in the estate of Simei. 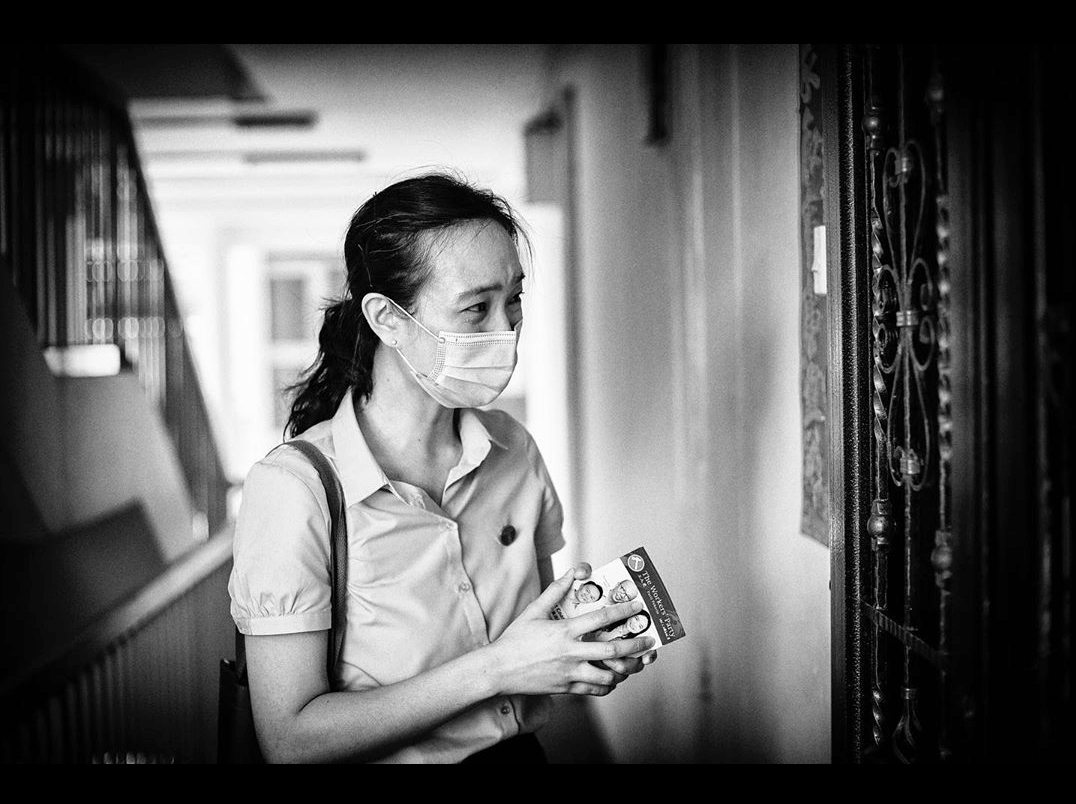 Ms Seah had met Mdm Yang, a 38-year-old resident earlier that day. During the visit, Mdm Yang expressed her gratitude towards Nicole and her team, thanking them for giving people like her a voice.

Mdm Yang apparently also told the WP team that she wasn’t blindly opposing for the sake of it but rather opposing in the name of progress.

The statement seemed to hit home for both Ms Nicole and the resident as they shared a moment in tears.

Latest of many heartwarming encounters

Nicole Seah’s taxi ride is the latest of many heartwarming moments she had shared with Singaporeans during her campaign.

Nicole Seah Takes Wefie With Shy Girl, Sends Photo To Parents As She Doesn’t Have A Phone

Like many, we are heartened by the passion and raw emotions shown by Ms Seah on the ground. Politics is often lofty and distanced from the human behind it, it is refreshing to see a politician so willing to share in her stories and emotions.

Whether you agree with Ms Seah and her party’s policies, such instances give us glimpses of the caring and empathetic person she is.