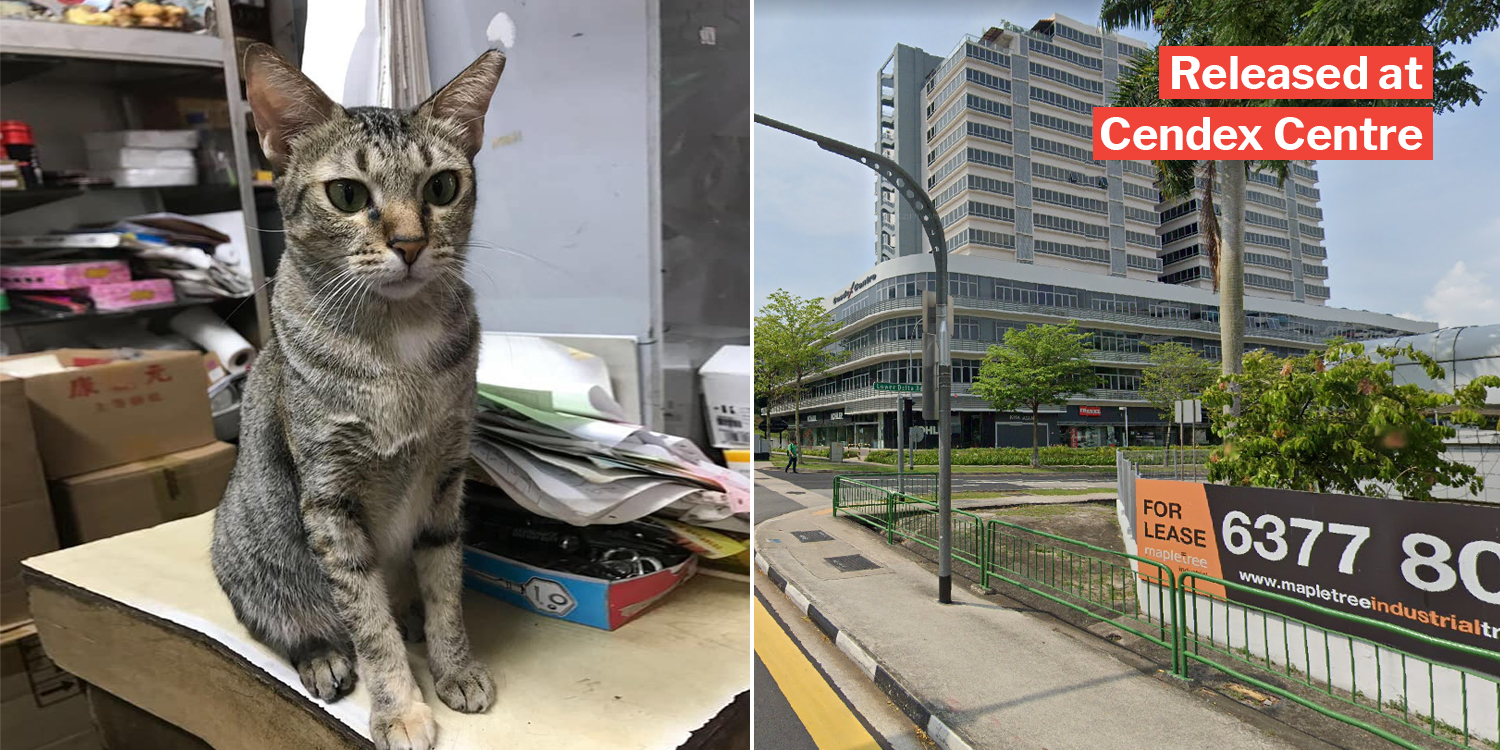 UPDATE: (6 Nov): MIMi has been found by an attendant on Friday (6 Nov) working at a kopitiam at Block 109A on Lower Delta Road.

A few days ago, we reported about the case of MiMi, a community cat in Bukit Merah that went missing after a shop owner allegedly tied it in a bag and released her at Cendex Centre.

Bukit Merah Cat Missing After Man Allegedly Ties It Up In A Bag, Rescuers Seek Help To Find Feline

4 days have passed since the appeal for help was posted online, but the cat remains missing.

On Monday (2 Nov), a netizen named Rita shared a poster of the missing feline, along with a $300 monetary reward. 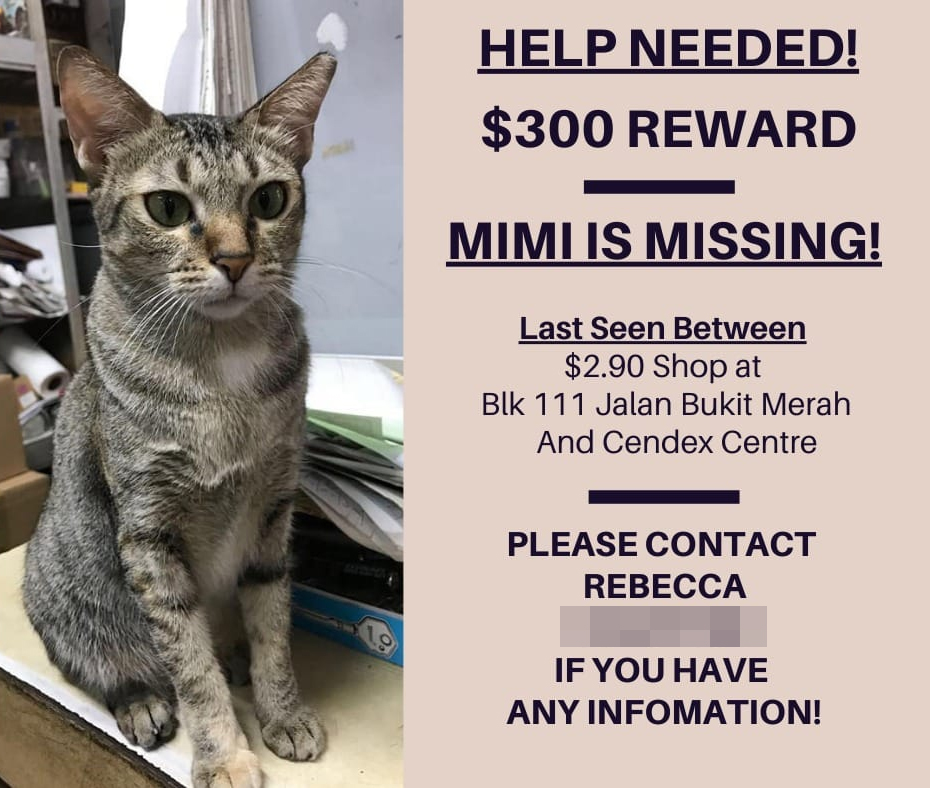 $300 reward for anyone who finds Bukit Merah cat

According to the poster, MiMi was last seen in Bukit Merah between Block 111 Jalan Bukit Merah and Cendex Centre. 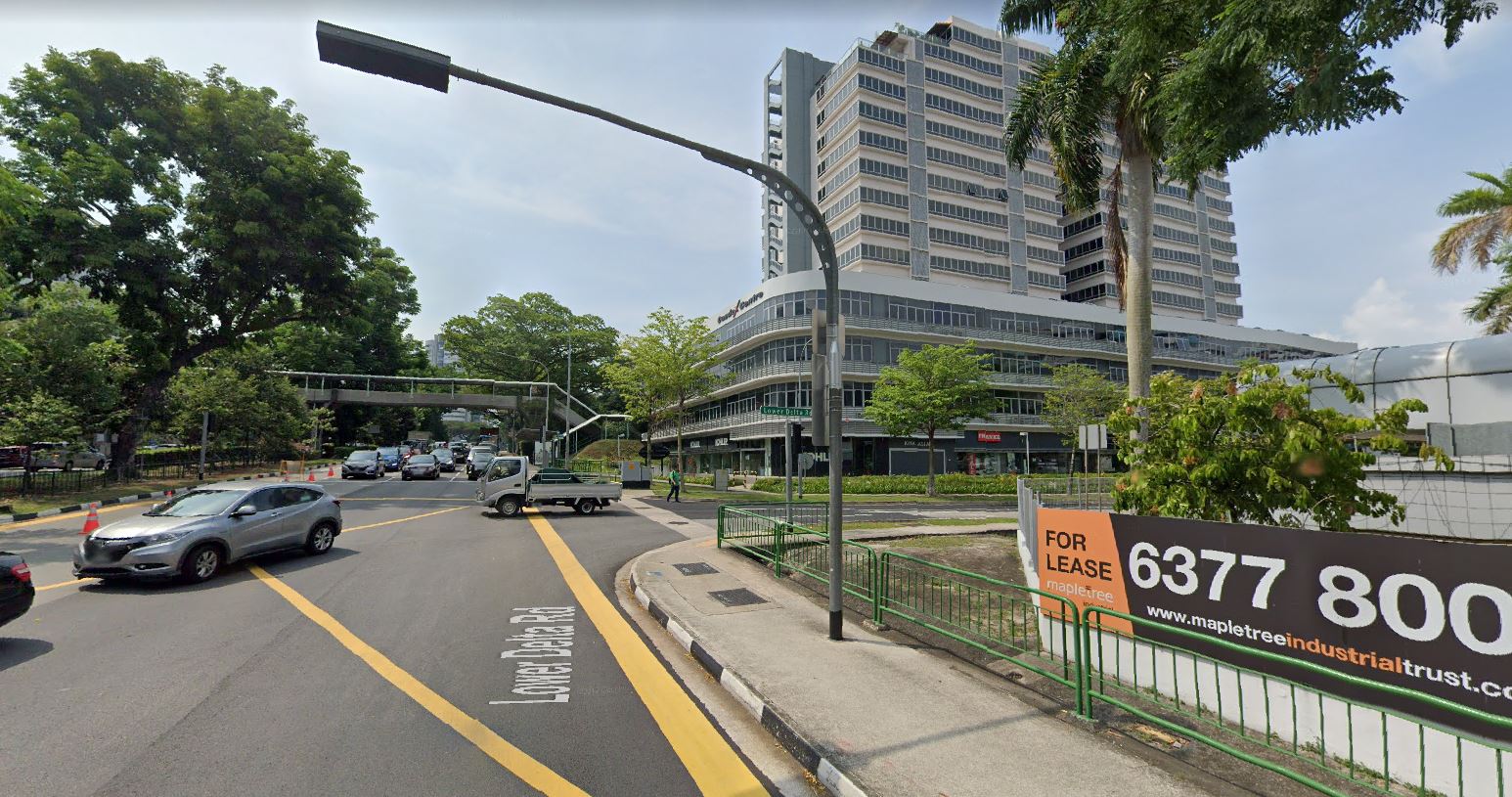 Here’s the general area where MiMi was apparently last seen. You can zoom in to view the demarcated portion of the map.

Those concerned for MiMi currently require help to locate the cat and have even put out a $300 reward. 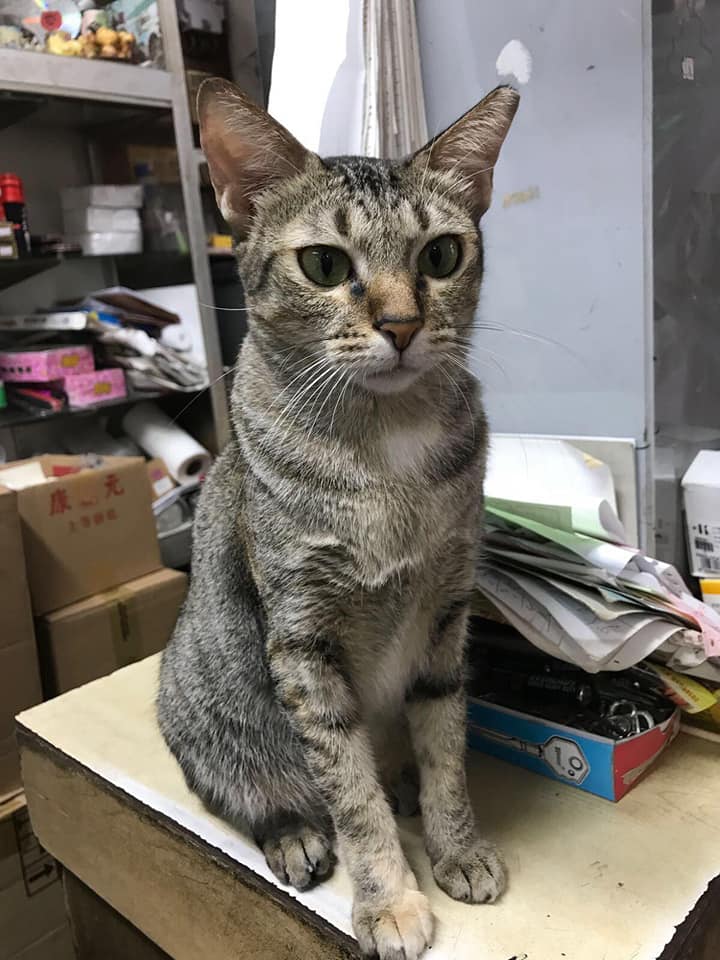 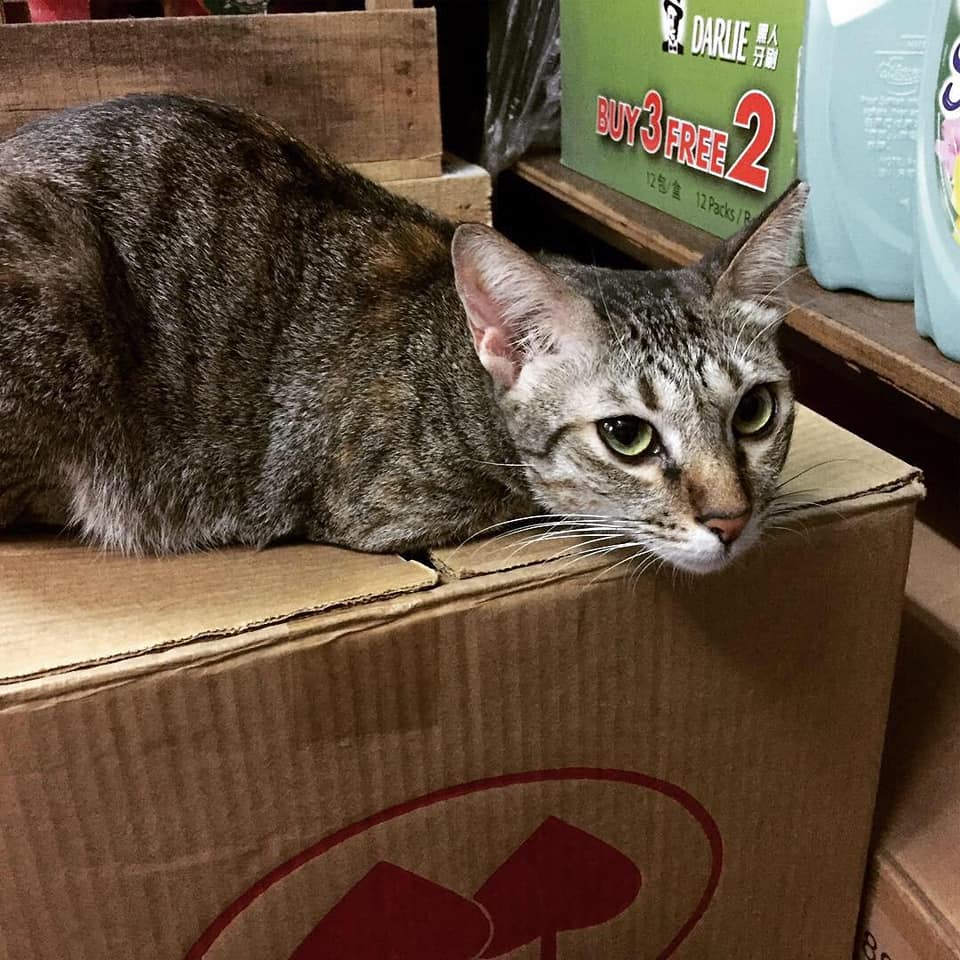 According to the post, a shop owner at Bukit Merah had allegedly placed MiMi in a rice bag on Friday (30 Oct) night, and tied a plastic bag around its neck when it was “meowing for help”. MiMi was apparently cared for by another old couple who runs a shop next door.

In a later update, Rebecca shared that the police had confronted the alleged culprit, who claims MiMi was released at Cendex Centre.

Rebecca, as well as other individuals, have since been canvassing the area between Block 111 Jalan Bukit Merah and Cendex Centre in search of the community cat.

Hope MiMi would be found soon

If you happen to stay around Bukit Merah and have seen a cat resembling MiMi over the past few days, do contact Rebecca via the contact number on the poster here.

We hope MiMi will be found soon and more importantly, is still alive and unharmed. 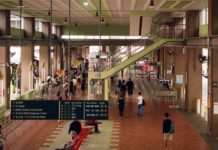 6 Covid-19 Fatalities Reported On 18 Oct, Only 1 Was Fully Vaccinated