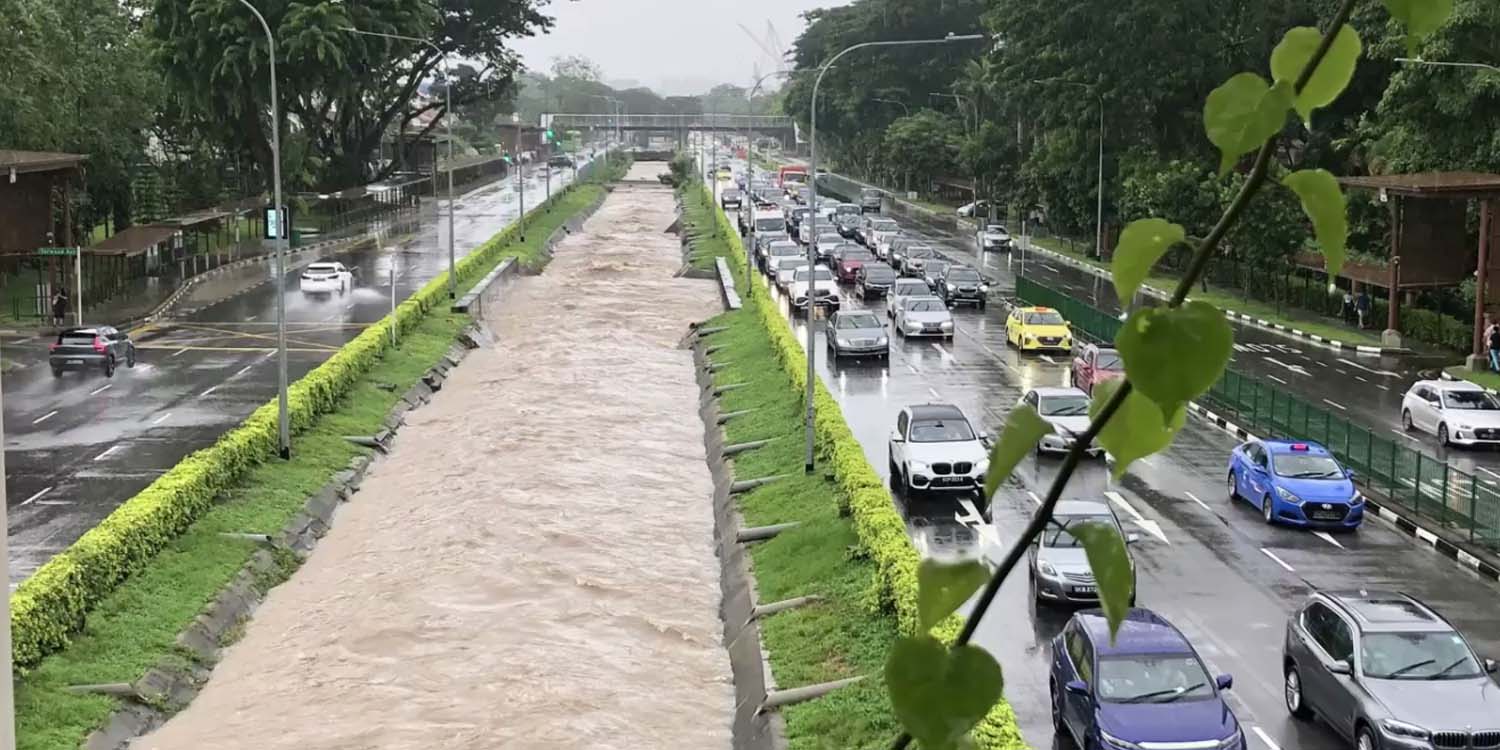 Singaporeans living in the central and western regions of Singapore woke up to ‘natural air-conditioning’ on Saturday (12 Sep). 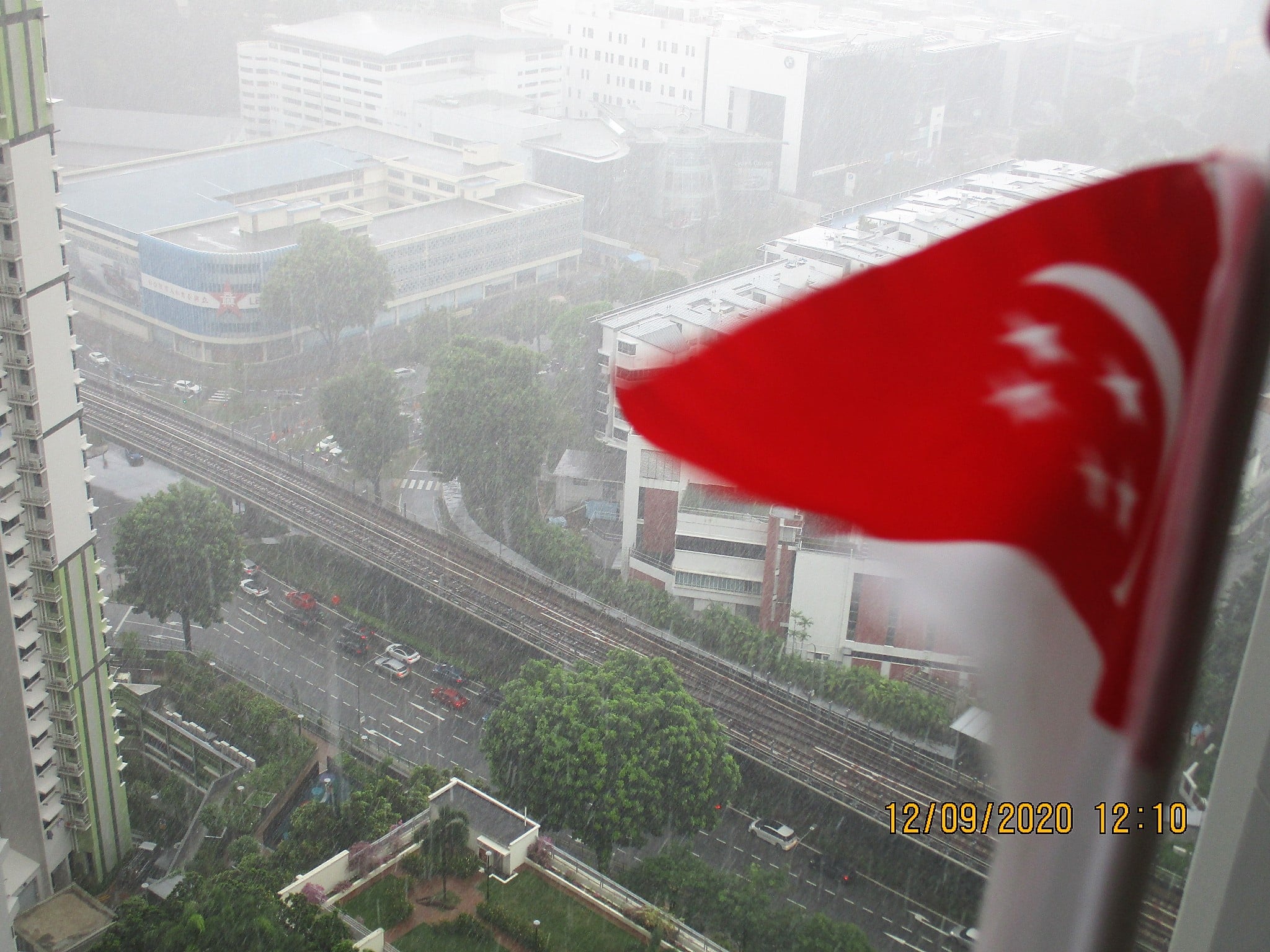 While the torrential rain served as a natural lullaby for those sleeping in, it also caused water levels in some canals to rise significantly.

Later that day, pictures of the iconic canal that runs along Bukit Timah and Dunearn Road being nearly filled with rainwater was shared on the All Singapore Stuff Facebook page. 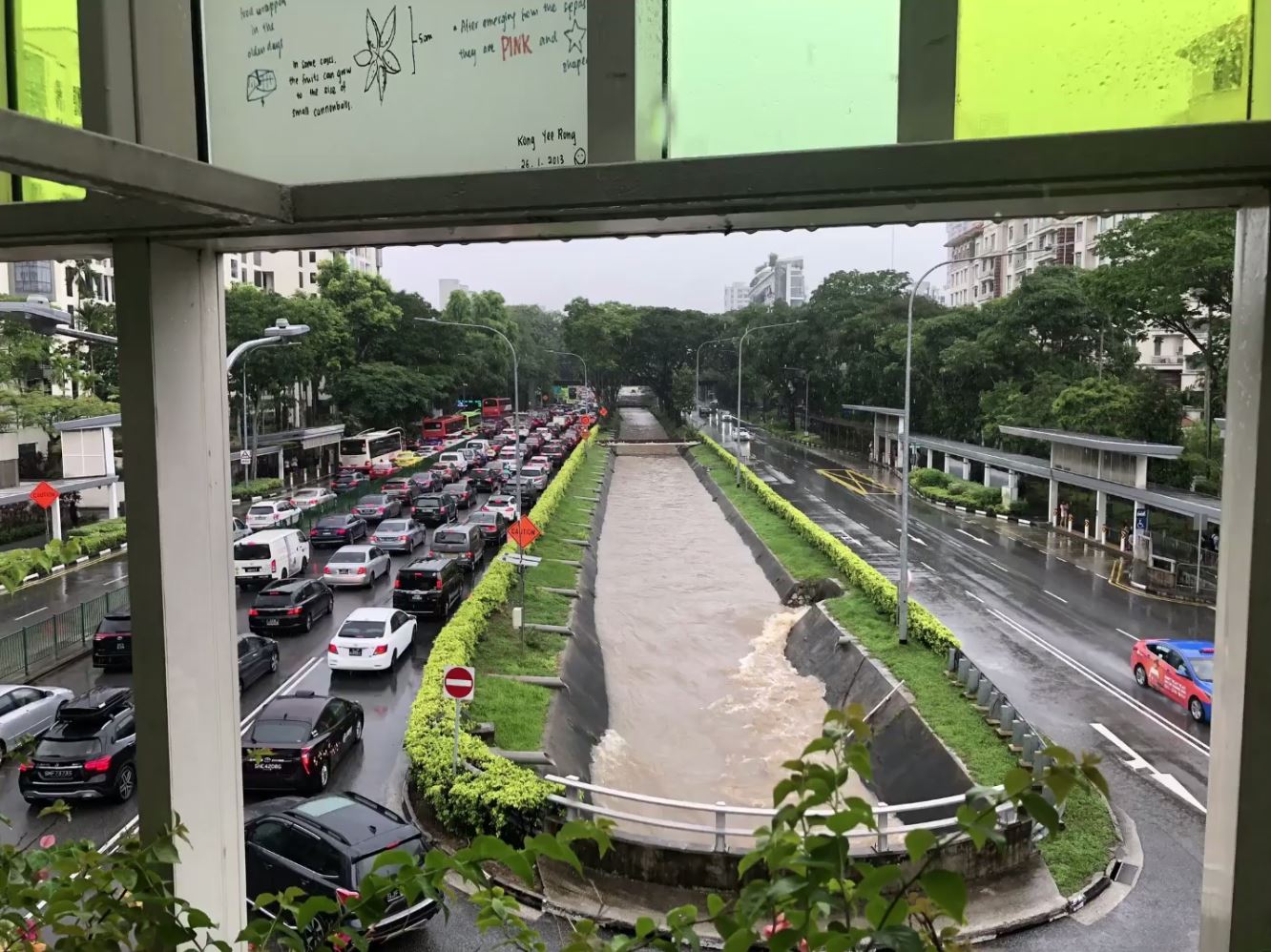 A flash-flood advisory by the Public Utilities Board (PUB) stated that water levels in the canal had reportedly reached 90%.

In another picture, the canal appears to be almost completely filled with murky brown waters. 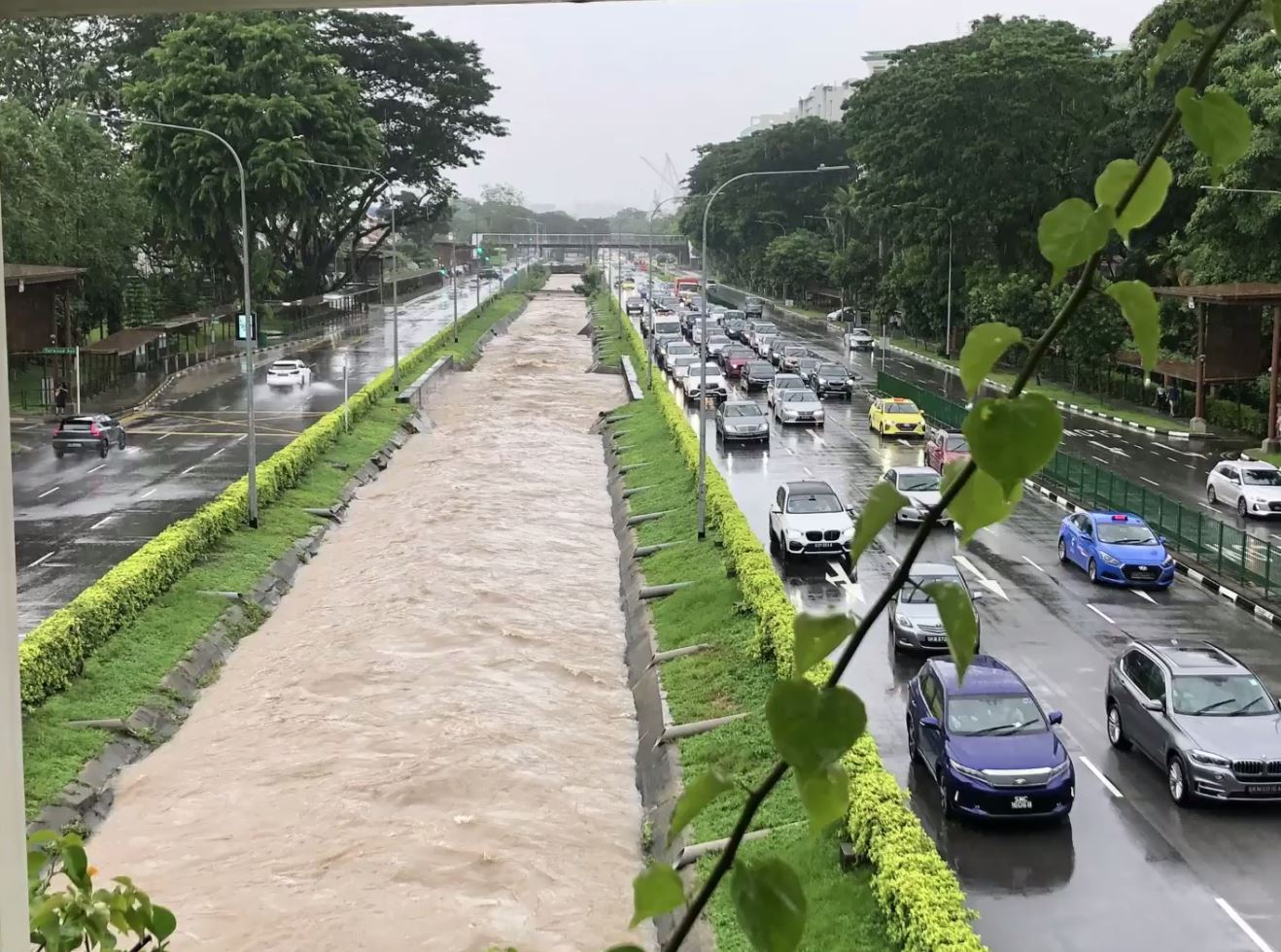 Given the surroundings, the image was likely captured near King Albert’s Park MRT.

The neighbouring roads appeared extremely wet too, with numerous puddles of accumulated rain.

This rainy weather is in line with the forecast made earlier in the month, which predicted thundery showers over the first half of September.

S’pore To Have More Rainy Days In Sep’s 1st Half, With A Side Of Warm Weather

The current in the canal was also pretty fast, akin to a fierce rapid.

A quick look on the Meteorological Service Singapore’s (MSS) Twitter page shows numerous rain warning from as early as 2.30am. At 12.25pm, the MSS even warned about the possibility of flash floods, should there be heavy rain. 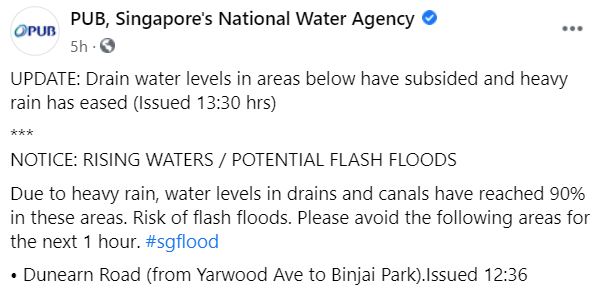 In case you’re unfamiliar with the area, that’s exactly where the pictures above were captured.

In the advisory, PUB warned that water levels of the canals in the area have reached 90% and there’s a risk of flash floods happening.

While many Singaporeans would welcome the torrential rainfall and the cool weather that it brings, we hope our drainage system would be able to cope to prevent potential flash floods. 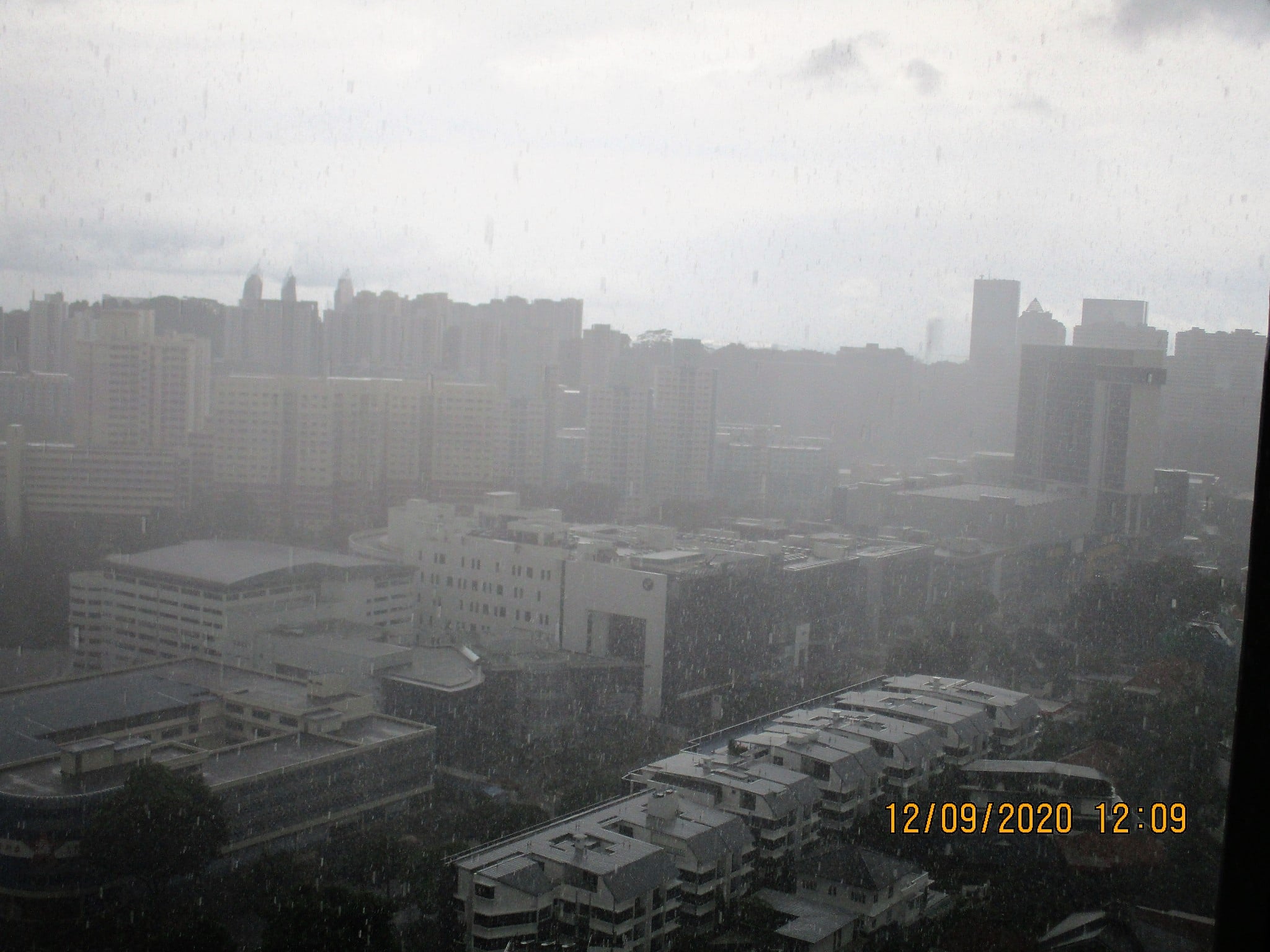 Did you capture photos of the heavy rain this morning? Share them in the comments below!