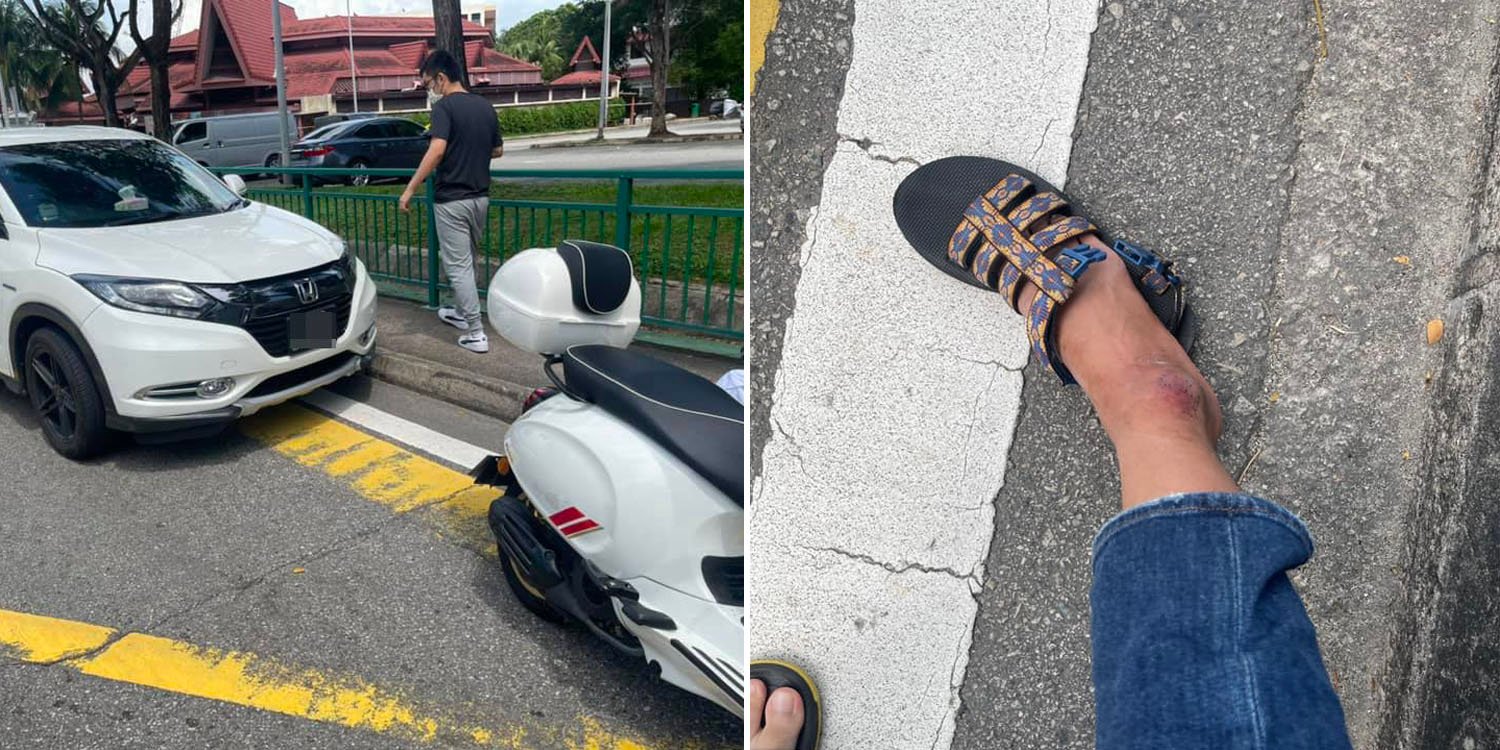 When drivers are not vigilant at all times on roads, accidents can happen.

On Tuesday (15 Jun), a motorcyclist and his fiancée were near Bedok Food Centre when a car bumped into the motorcycle’s rear, injuring his fiancée’s foot.

Now, the motorcyclist is appealing to the public for witnesses of the accident.

At around 1.56pm on Tuesday (15 Jun), a motorcyclist was turning out of the Bedok Food Centre carpark along 1 Bedok Road. In pictures, the motorcycle appeared to be slightly scratched up from the accident. 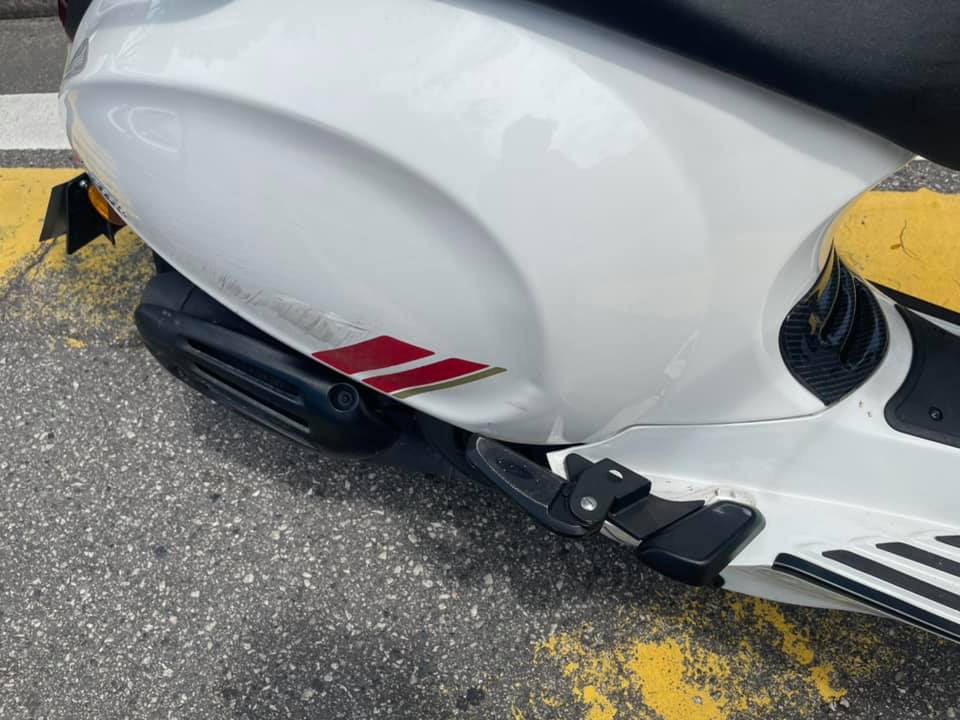 The motorcyclist’s fiancée, who was riding pillion, was also injured in the accident.

In a photo shared on Facebook, the area near her ankle was badly bruised. 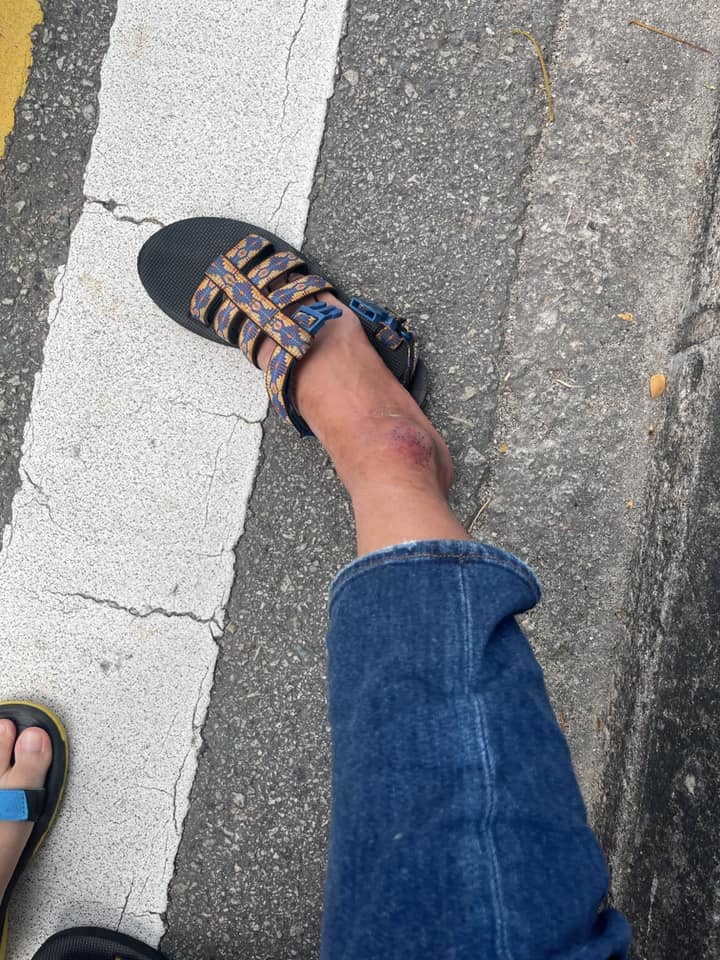 The driver also gave the motorcyclist his contact number.

However, according to the motorcyclist’s Facebook post, the driver is now allegedly evading his calls and texts for follow-up with the insurance company to investigate.

The motorcyclist is now appealing to the public for witnesses or anyone who will have dashcam footage of the accident.

Reach out if you have any information

For accidents, video evidence is crucial to get to the bottom of the incident.

Evidence is also needed for insurance companies to assess fault and reimburse the rightful party.

So, if you happened to be in the area at the time of the accident and can help, do reach out to the motorcyclist on Facebook here.