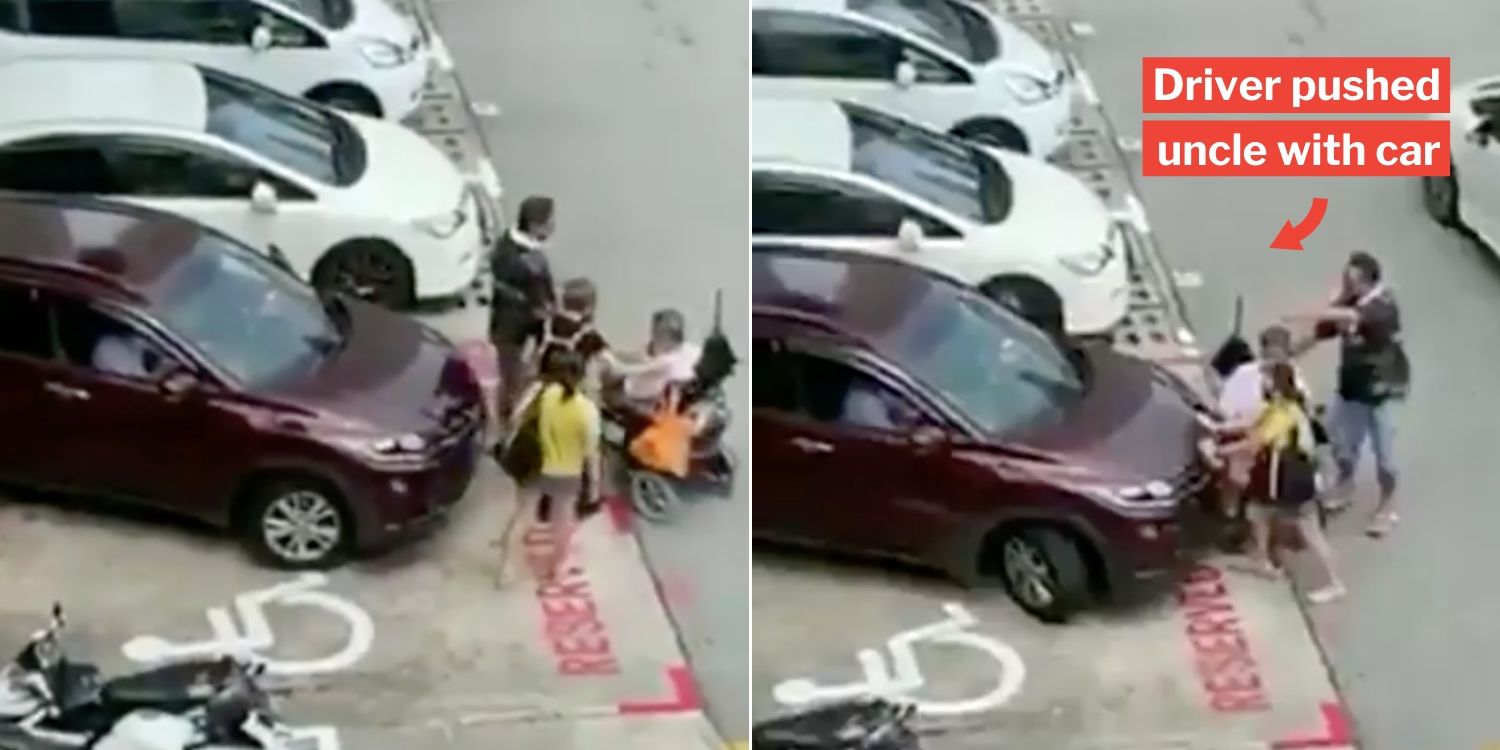 During this ‘Circuit Breaker’ period, Singaporeans have been encouraged to be more considerate towards the elderly and people with special needs.

Despite most heeding this call, an unfortunate incident occurred in our heartlands between 2 individuals at a wheelchair access ramp near a parking lot.

A viral Facebook video uploaded on Sunday (2 May) depicted a driver in Singapore getting into a quarrel with an uncle in a wheelchair at a carpark.

You can watch the full video here. We summarise the story below.

Here’s how the minor altercation involving a wheelchair-bound uncle and a car that was leaving a parking lot shows that more can be done to mitigate disputes & build a harmonious society.

From the clip, it appears that the driver parked his car on the wheelchair access ramp, leaving the uncle no choice but to wait in front of the car.

Inevitably, a scuffle broke out between the duo when the driver tried to flee the scene. 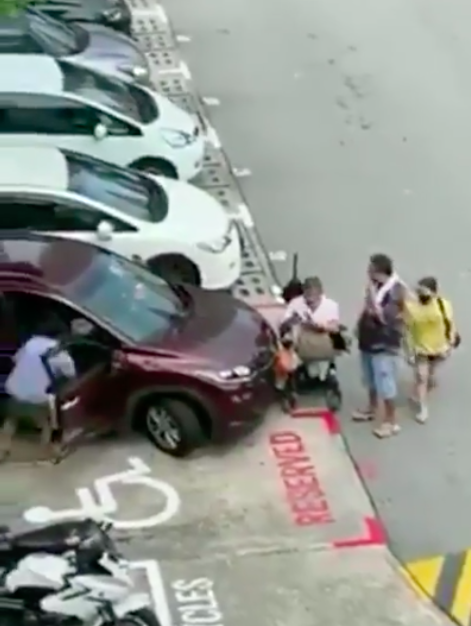 Close to the midpoint of the clip, the uncle appeared to scream “bully, bully” as passersby gathered to assist him.

However, as more citizens stepped in to help, the driver appeared to get out of the car in an attempt to push the uncle in a wheelchair away. 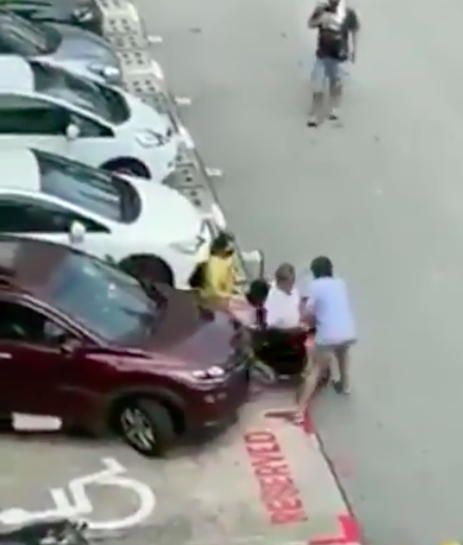 This prompted the man in the wheelchair to scream for help, rallying support from the crowd.

Passersby attempt to mediate the situation

Despite mediation from two passersby, the conflict escalated, resulting in the red car driving into the man’s wheelchair. 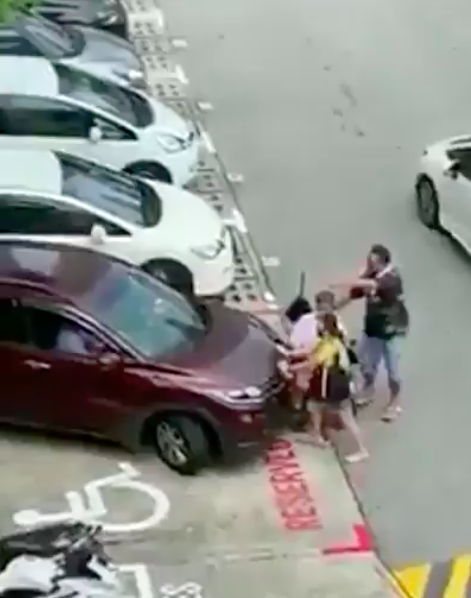 Albeit only knocking him slightly, this extremely dangerous move was shocking to bystanders.

Uncle in wheelchair eventually gives in

A lone woman eventually steps in an valiant attempt to push the car away to ensure no one got injured. 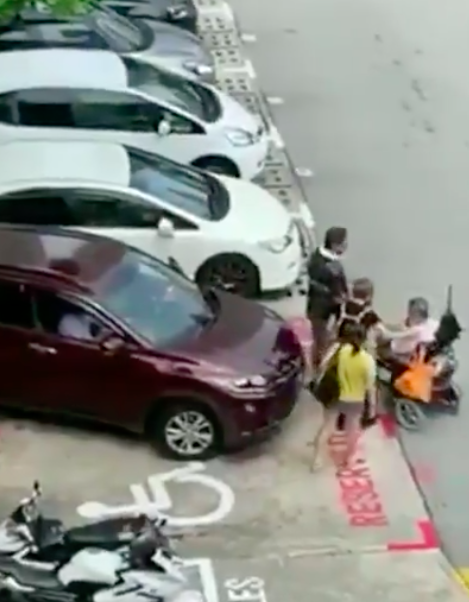 With the persuasion of several people, the uncle in the wheelchair reluctantly moved to the side to make way for the car.

A gracious society is a harmonious one

In relation to this incident, netizens believe that both sides are at fault in escalating the situation.

However, most called out the behaviour of the driver’s risky taunt to the uncle in a wheelchair.

Others called for understanding as the man in wheelchair was probably just expecting a sincere apology from the driver for obstructing the ramp.

Though we are unsure what happened after this video, we hope that no one got injured in this minor scuffle.

During this difficult period, let’s aim to be gracious & considerate towards one another to build a more harmonious society.