The residents of Nee Soon Group Representation Constituency voted for the People’s Action Party (PAP) resoundingly in the 2020 General Election, with the party winning 61.9% of the vote.

Among the new Members of Parliament in Nee Soon is Ms Carrie Tan, who has the mammoth task of taking over Dr Lee Bee Wah‘s Nee Soon South ward. 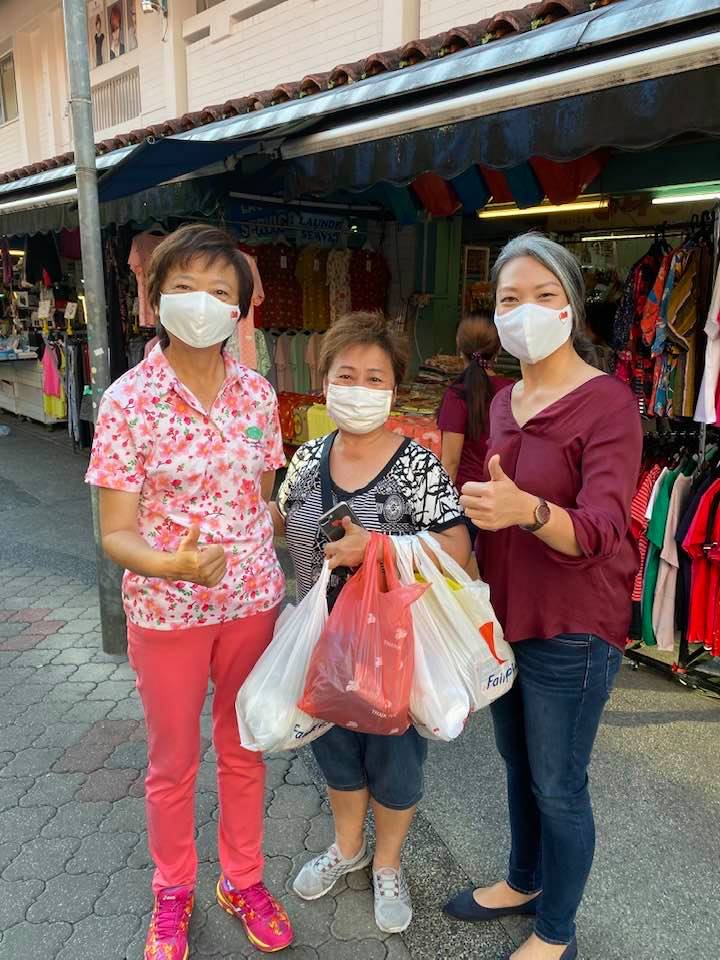 It seems like she’s literally working the ground in Nee Soon South, as she was seen picking up litter in the area on Sunday (2 Aug) morning. 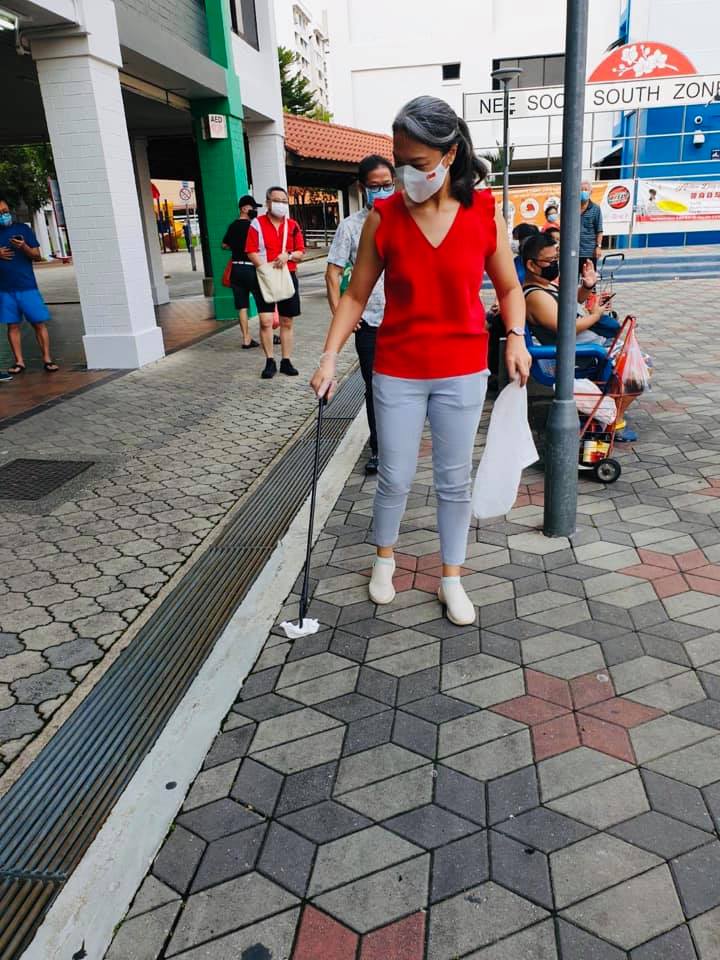 In a Facebook post on Sunday (2 Aug), Ms Tan said she took part in a “cleanliness exercise” on her way to the coffee shops. 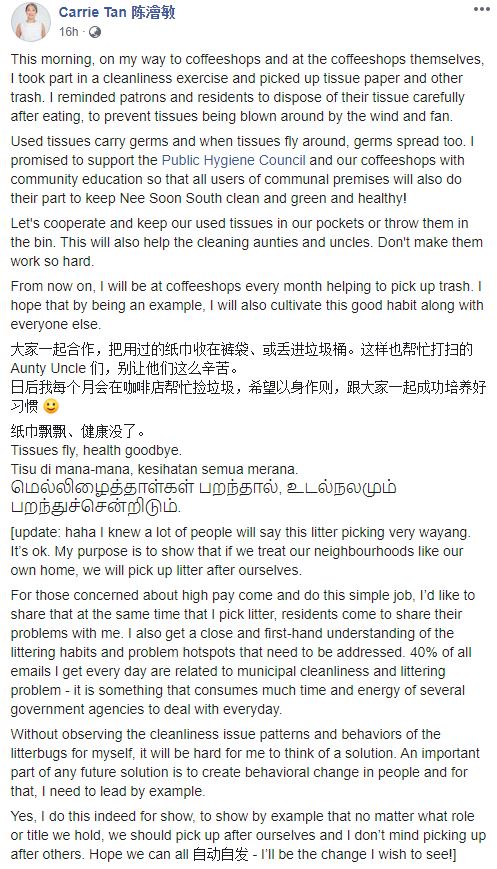 She said she picked up trash that included used tissues, and also reminded people to dispose of their used tissues properly after eating.

That’s because they may be blown away by the wind or fan and end up on the ground.

Ms Tan pointed out that used tissues, if not disposed properly, will spread germs.

That’s why it’s a good habit to either keep them in our pockets or throw them away in bins, especially as the Covid-19 pandemic is still ongoing.

She said this practice will also lessen the workload of the cleaning aunties and uncles.

By this community education, she’s also supporting the Public Hygiene Council and the coffee shops in keeping Nee Soon South clean and the residents healthy. 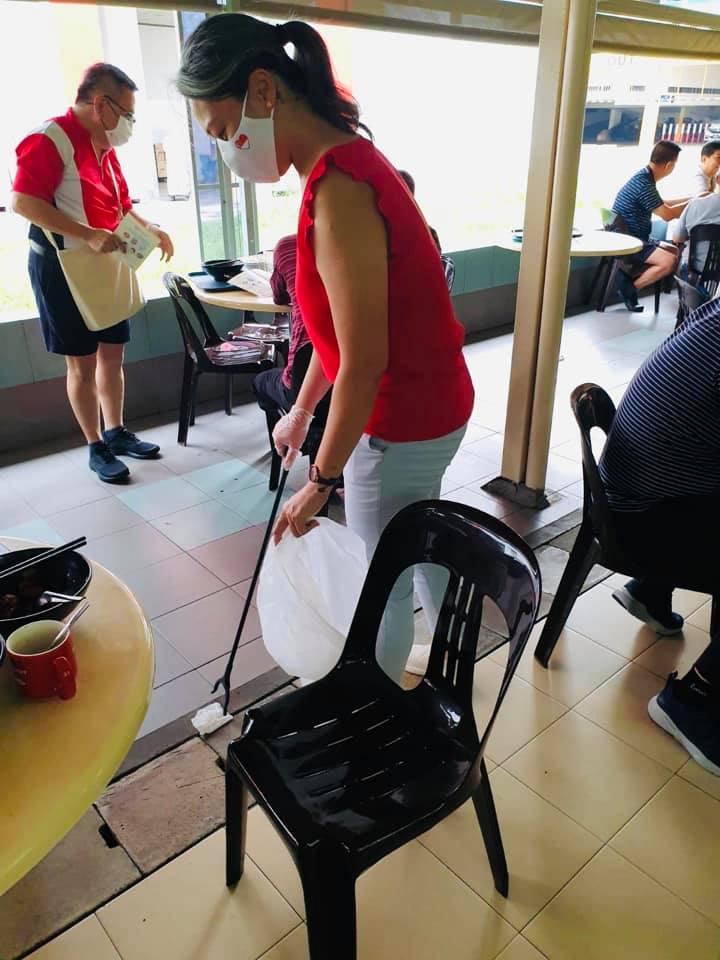 Good as Ms Tan’s intentions may be, there were bound to be a few detractors online.

Some netizens unsurprisingly implied that she was being wayang, i.e. doing it for show.

People would think so especially since, like one netizen pointed out, there’s always someone taking photos whenever an MP does something like this.

Ms Tan updated her post to respond to them, saying that “it’s ok” and she knew that people will claim that her picking litter is very wayang.

In a refreshing take on the situation, she said she’s indeed doing it for show — to show by example that it doesn’t matter what position you’re in, we should pick up after ourselves.

She doesn’t mind picking up after others despite being an MP, she added, as she can be the change she wishes to see.

That’s why she will be doing this every month from now on. 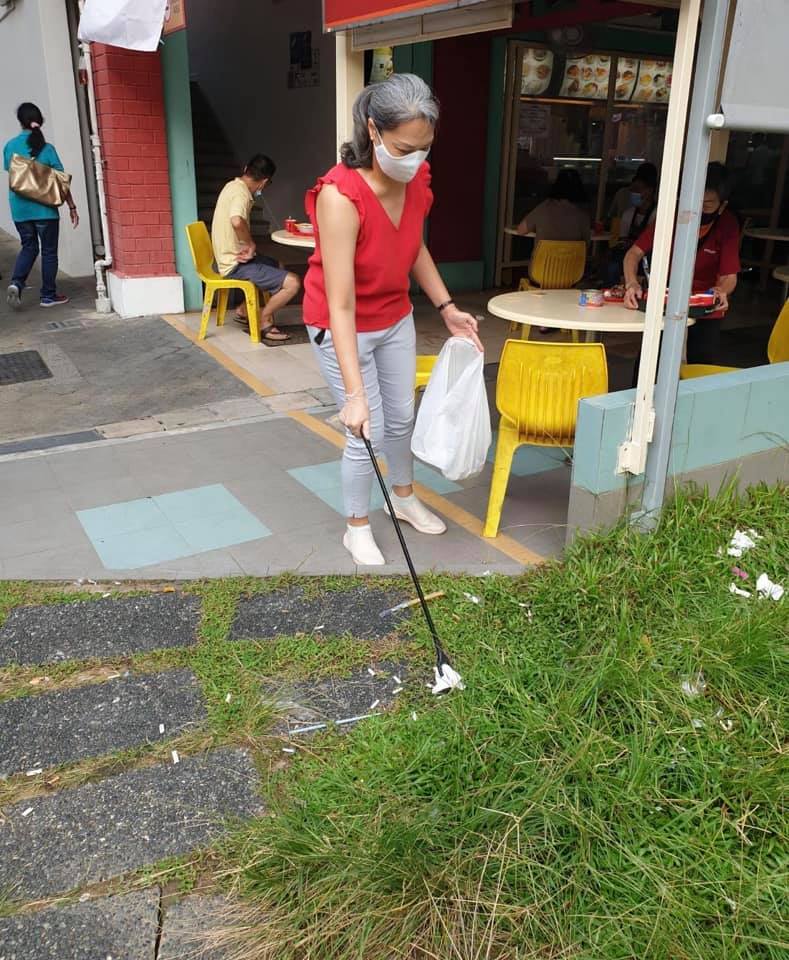 Other netizens seemed to be of the opinion that as an MP, Ms Tan gets paid more than the ordinary cleaner.

Thus, should she be doing such a job?

Continuing the focus on pay, one netizen suggested that half her pay can employ 3 extra cleaners.

Getting first-hand understanding of problems

To that, Ms Tan responded that she’s not just picking up litter.

As she does that, residents also come up to her to share their problems, she said.

By literally going down to the grassroots level, she can also get a first-hand understanding of what needs to be addressed regarding estate cleanliness.

After all, by observing what’s happening, it’s easier to think of a solution, she added.

She also pointed out that several government agencies spend much time dealing with municipal cleanliness and littering problems — they are central to 40% of her emails every day.

The basic message is sound

While the cynics among us will describe Ms Tan’s actions as wayang, they’re entitled to their opinion.

After all, Ms Tan is still a new MP and needs time to build up trust among residents and Singaporeans.

Whether you doubt her intentions or not, Ms Tan has been lauded by former United States president Barack Obama for helping the underprivileged and deserves the benefit of the doubt this time.

The basic message she’s trying to convey in her post is indeed sound — please don’t leave your trash lying around, and be more aware of how you affect the hygiene of common spaces, especially amid the Covid-19 pandemic.