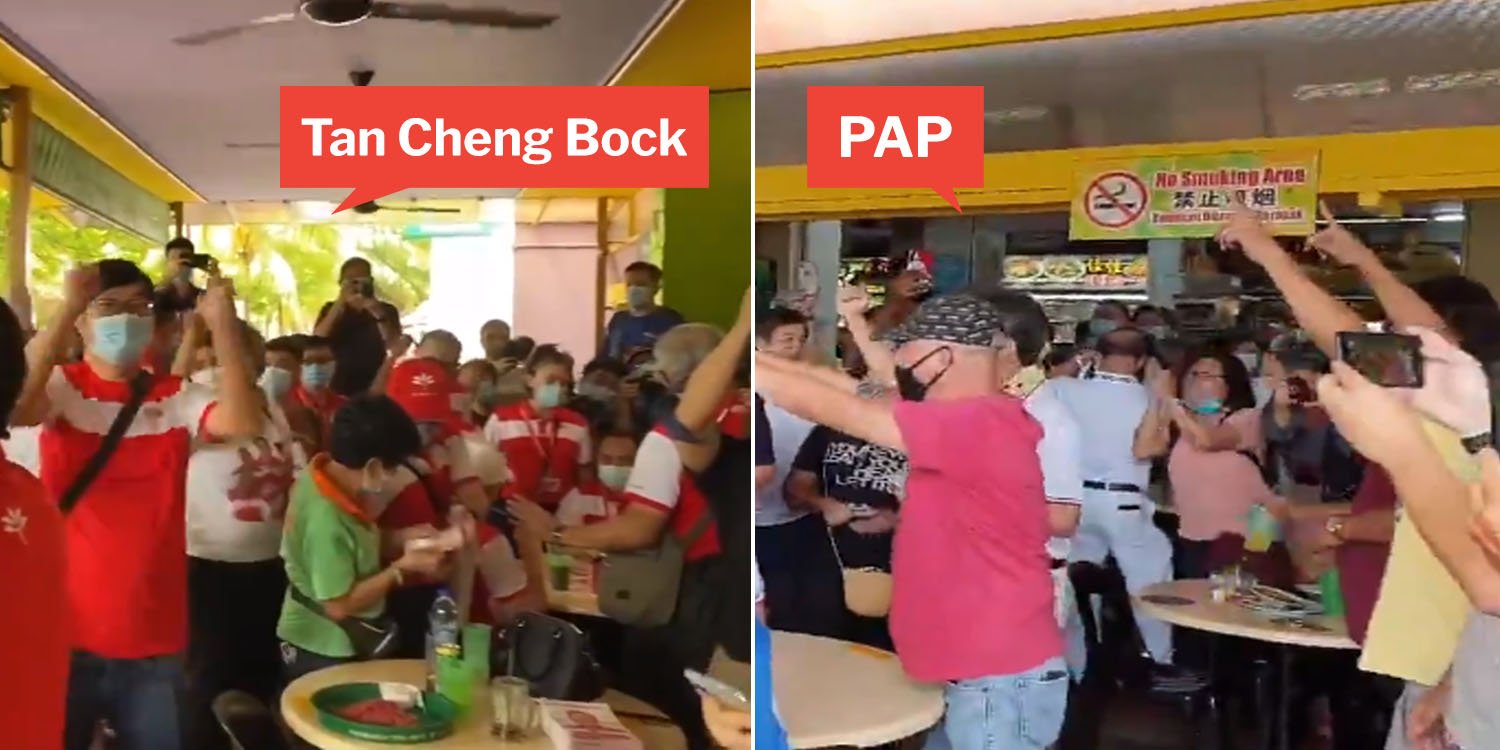 While physical rallies are off the tables this General Election season, impromptu cheering matches seem to emerge in contested battlegrounds — aka heartland coffeeshops where many gather for a cup of kopi or milo peng.

The spirit of the elections was evident on Sunday (6 Jul) morning, at around 11.20am when Nee Soon GRC’s PAP candidate, Associate Professor Faishal Ibrahim arrived at Block 747’s coffee shop. You can watch the full video here. We summarise the events after the jump.

Similar to the atmosphere that wouldn’t be out of place in a Liverpool VS Arsenal football match, a cheer standoff emerged between PAP and PSP supporters.

A steady rhythm of “PAP! PAP!” was matched with “Tan Cheng Bock!” and “PSP!” to create a riveting morning chant. Some supporters had even gotten up on chairs to cheer amidst such heightened spirits. Professor Ibrahim can be seen acknowledging the supporters with bows and fist bumps in some videos. 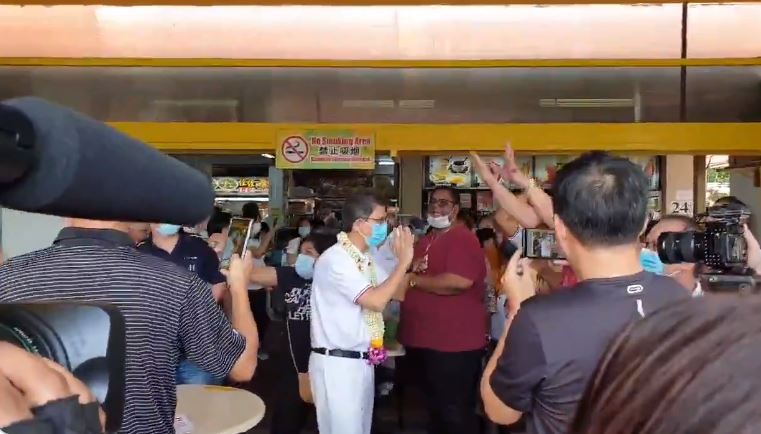 Some diners were also seen to continue enjoying their morning breakfast over the lively commotion.

Others depicted looked like they regretted not dabao-ing their food, having to compete via their vocal chords to make their kopi orders known.

Cheering continues for 20 mins as candidates board vehicles

The PAP vs PSP cheer rally continued even as both parties moved away from the coffeeshop to Blk 747A. Perambulatory vehicles representing both parties were also present & their supporters continued to rally their candidates via loudhailers even as the vehicles prepared to depart.

While the passion displayed by supporters from both sides was pretty infectious, risks of the formation of Covid-19 clusters remain real.

Some netizens voiced their concerns with regards to how close people were standing and cheering, and that the recommended 1m social distancing was not observed, after watching these clips.

The crowd, which were seen trailing after their respective political parties are decked in a stream of either red or white.

Although purely a coincidental visual, we think it shows that at the heart of it all, we’re all Singaporeans too.

While clearly divided, the colours are also symbolic of our nation’s colours and reminds us of the true spirit of our elections — to pave a better way forward for Singapore even as National Day approaches.