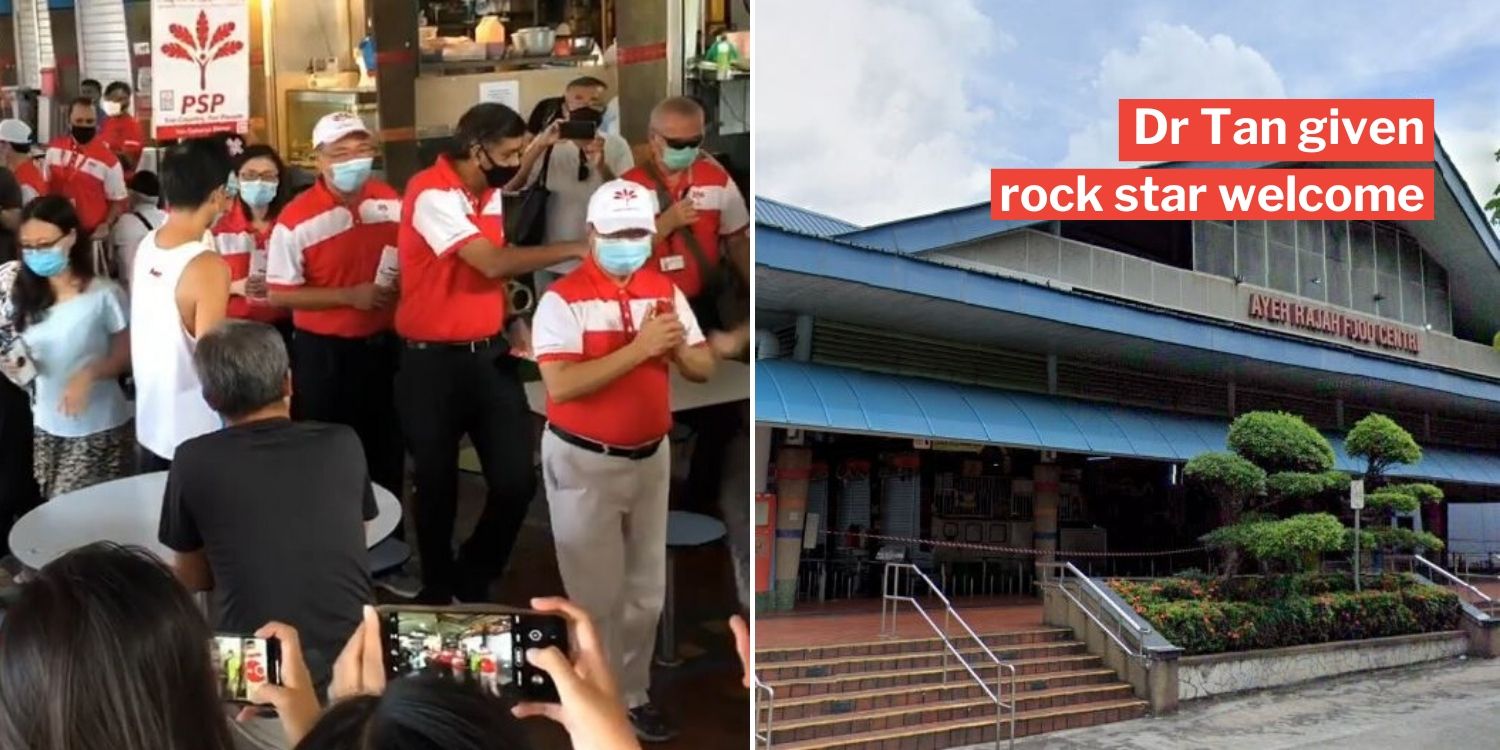 His old stomping ground is rockin'.

It’s the first weekend of campaigning in earnest for the 2020 General Election (GE), and things are really heating up.

The candidates are out in full force doing walkabouts on Saturday (4 Jul), and in one market, things got frenzied enough that the scene became something like a football match.

That’s because the Dr Tan Cheng Bock returned to his old stomping ground of Ayer Rajah, but now as Progress Singapore Party (PSP) chief, and the crowd went wild.

Not to be outdone, the People’s Action Party (PAP) team replied with their own cheer, and the true election atmosphere was created. Who needs rallies any more? 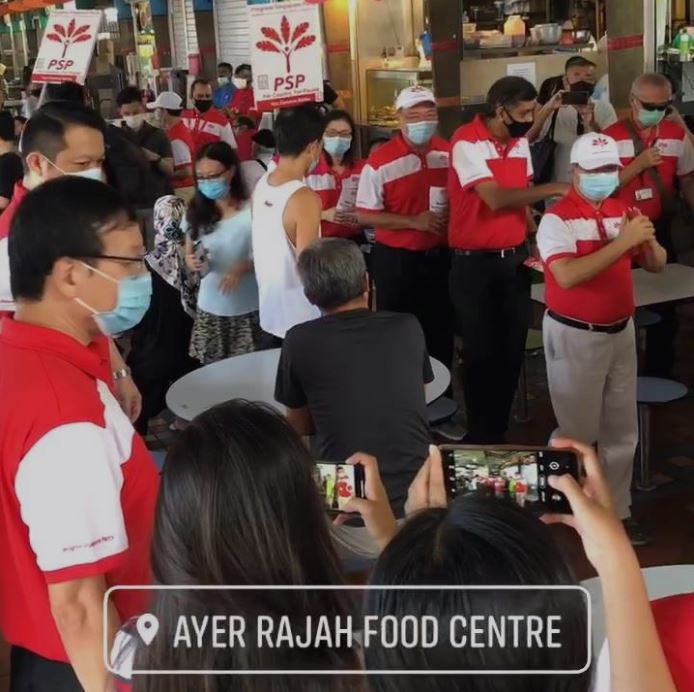 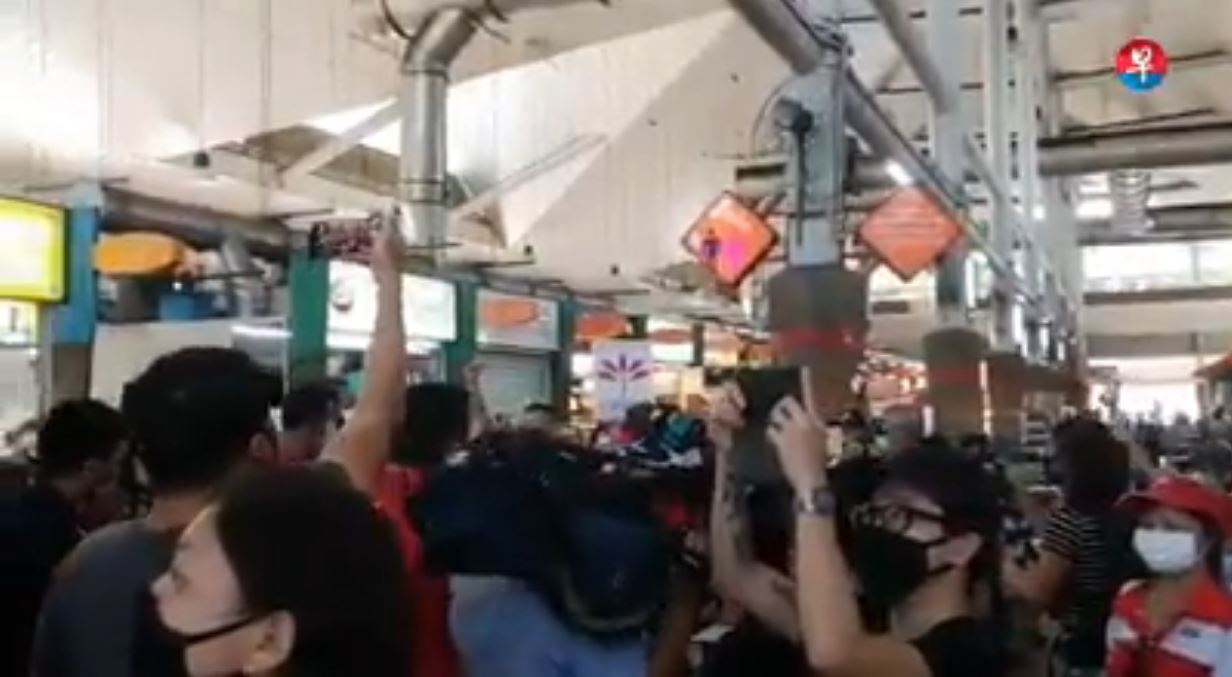 The video then pans to a small group of people in the distinctive mostly white PAP attire. They are surrounding an auntie at a table, but are spurred on to valiantly chant “PAP! PAP!”.

Though the PAP group is obviously outnumbered, they make a decent fist of trying to outchant their rivals. Even the auntie sitting at the table tries to join in. 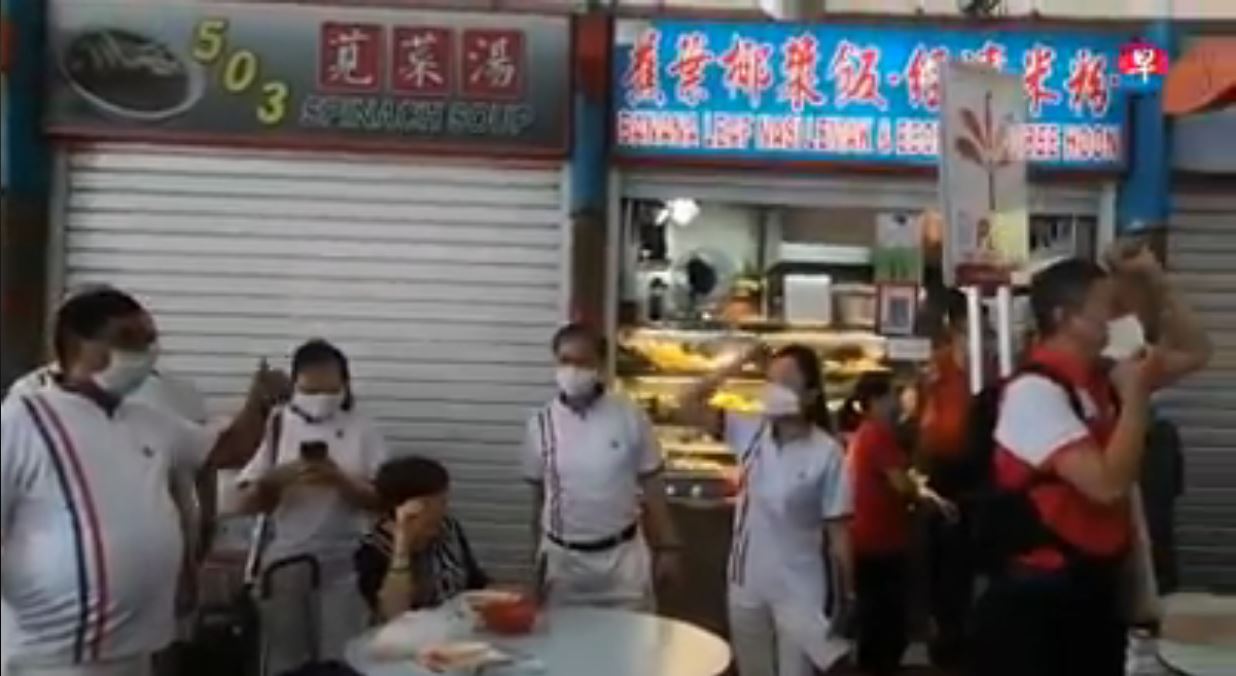 Towards the end of the video, the crowd of PSP supporters walk past the PAP supporters, and thankfully everybody keeps it civil.

Check out the entire video here:

Here’s another angle of the scene posted on Twitter by a Channel NewsAsia correspondent:

And here’s a short clip posted by the PSP of Dr Tan and his West Coast GRC team in Ayer Rajah Food Centre.

Dr Tan’s return to Ayer Rajah would always result in the rock star treatment for him – after all, he was MP of the ward for 26 long years.

But nobody could have predicted how passionate the crowd would have been.

Singapore elections aren’t boring after all

One might be tempted to say that elections in Singapore are boring, given that we have a dominant party and several smaller opposition parties.

But this video goes to show that there’s some life in us yet, even if that life may emerge only every 5 years or so.

What we can be thankful for at least, is that both sides remained civil and no antagonism was seen in the video.

An election with passion, but without animosity – that’s what we can be proud of in Singapore.