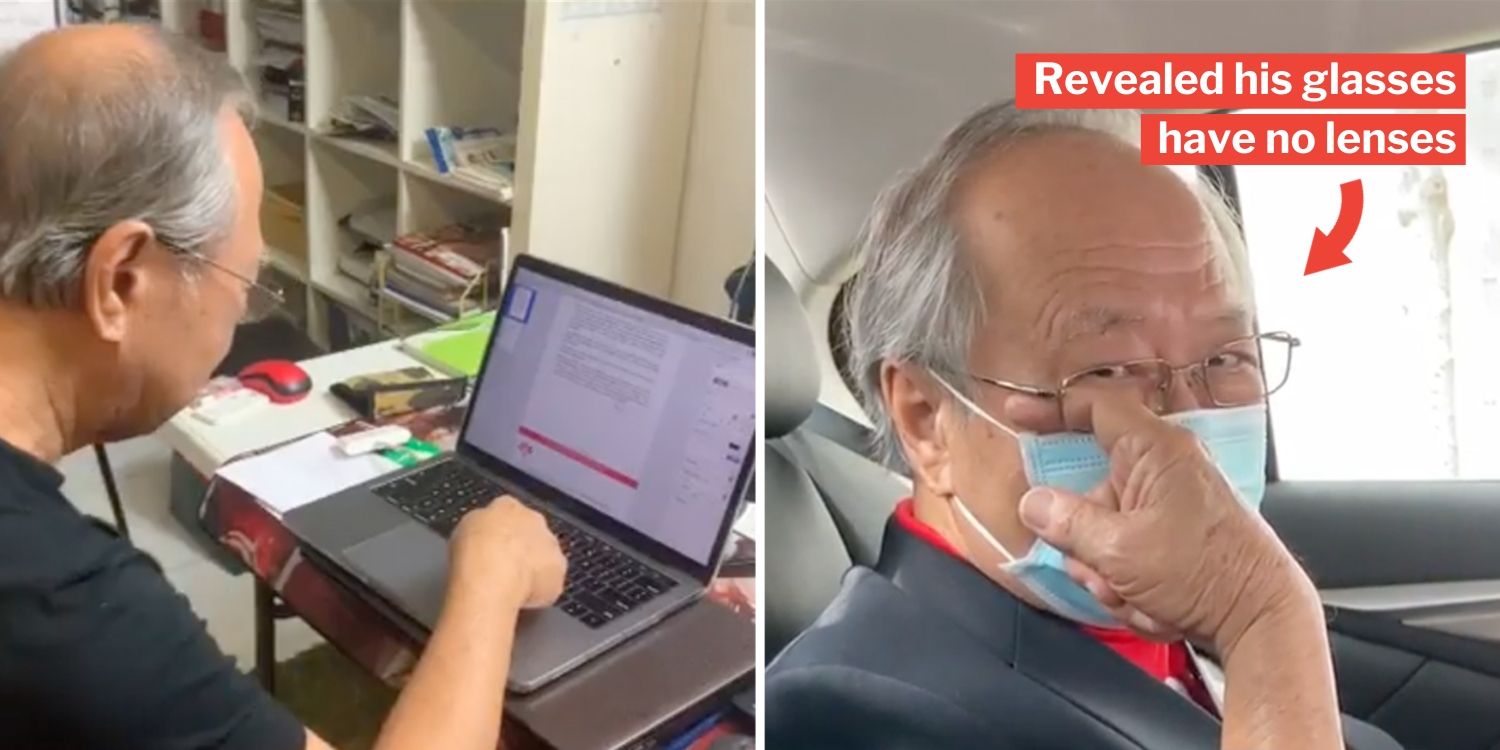 Just 2 days ago, Dr Tan Cheng Bock captured hearts as he tried to figure out the ideal orientation when posting photos on Instagram.

Tan Cheng Bock Adorably Asks How To Rotate ‘Upside Down’ IG Pic, Netizens Give Tips To Improve His Feed

He has certainly come a long way. Here’s how he came to boast a strong following of over 26,000 followers. 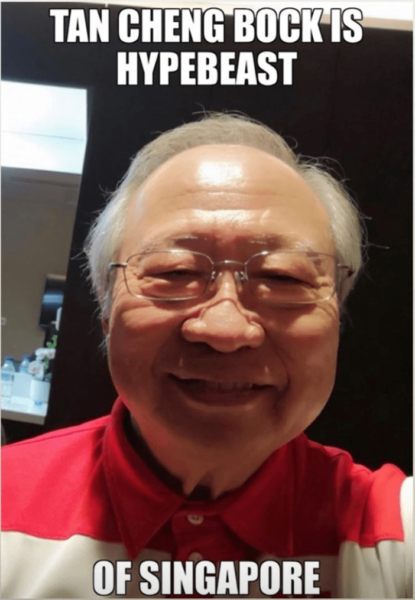 His followers first dubbed him a hypebeast when he posted a video of himself, explaining how his glasses do not have lenses.

To which he adorably replied,

Thank you all. This means I have been a hype Beast person for 10 years.

One of his followers suggested #hypebeastahgong for Dr Tan’s Instagram posts. Netizens even took to Reddit to express their support.

Actively engages with his online friends

The Instagram spotlight was on Dr Tan as his followers relished his new hypebeast persona, reposting his posts and creating memes.

Dr Tan continued to show his willingness to connect with youths and learn the ins and outs of social media in his subsequent posts.

He addressed his followers personally, letting them know he recently learned a new word — woke. Jokingly, he requested followers who met him on his walkabout to say he is woke.

He also posted about his ‘nice online friends’ who said hi to him. 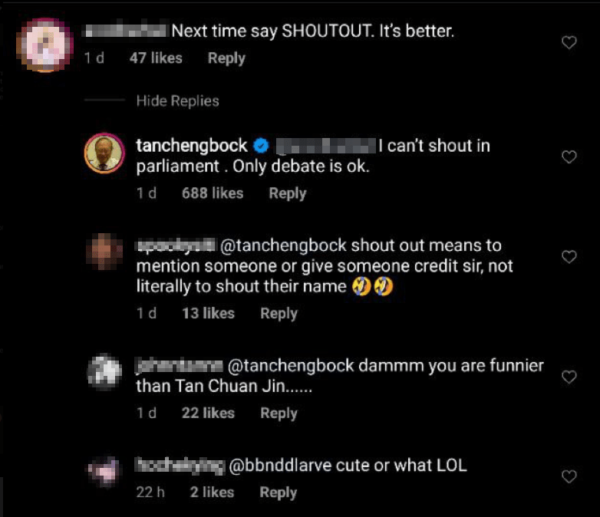 Hard not to be amused by Dr Tan
Source

YouTuber Prettipls and her intern also showed their support for him and wished him all the best in her Instagram Stories. 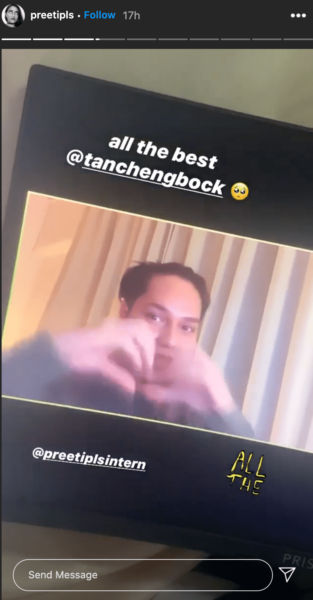 Dr Tan upped his game from there, giving us a house tour on IGTV where he showcased his ukulele skills and even ate a hibiscus – or perhaps Hypebeast-cus – flower, amusing and delighting his followers all at once. 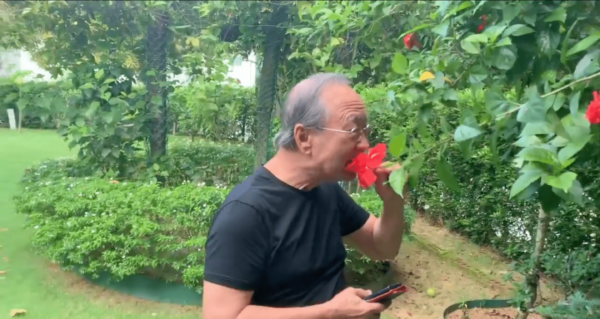 One of his supporters was so pleased with his content, she called him a ‘Content Creation Machine’, which he promptly reposted.

He also took it upon himself to understand meme culture with his ‘me me series’ post where he thanked the creator of the memes featuring him. 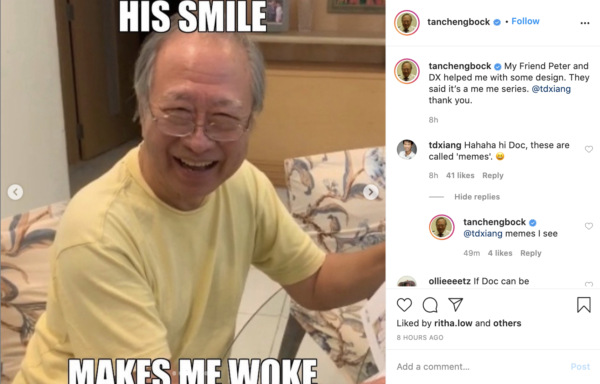 He definitely is acing the Instagram game, even if his cropping skills need a little more work.

Dr Tan is charming his followers with his ‘Ah Gong’ antics. Like the way he types on his laptop with one finger.

His jovial, down-to-earth demeanour shining through, appealing strongly to his supporters in a lighthearted way amidst an intense election period.

He also put his new found Instagram fame to good use, using the spotlight to draw attention to his campaign, like asking followers if they had watched his broadcast, endearingly claiming,

I will test you ok and ask you what I said.

Never too old to gain a following

Apart from lighthearted fun, Dr Tan seizes the opportunity to give followers an insight into the ups and downs of his campaign journey.

We also get to see how his campaign faced some hiccups, where he had to turn to social media and seek support after PSP posters had to be taken down.

But with big personalities like Preetipls on his side, this shows that it can never hurt to have too many friends. 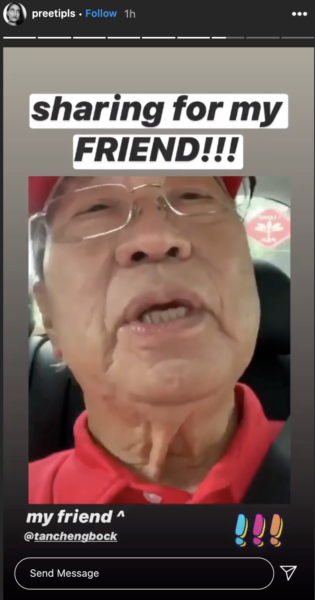 We wish Dr Tan Cheng Bock all the best in his campaign journey as we continue to look forward to more Instagram updates from him.