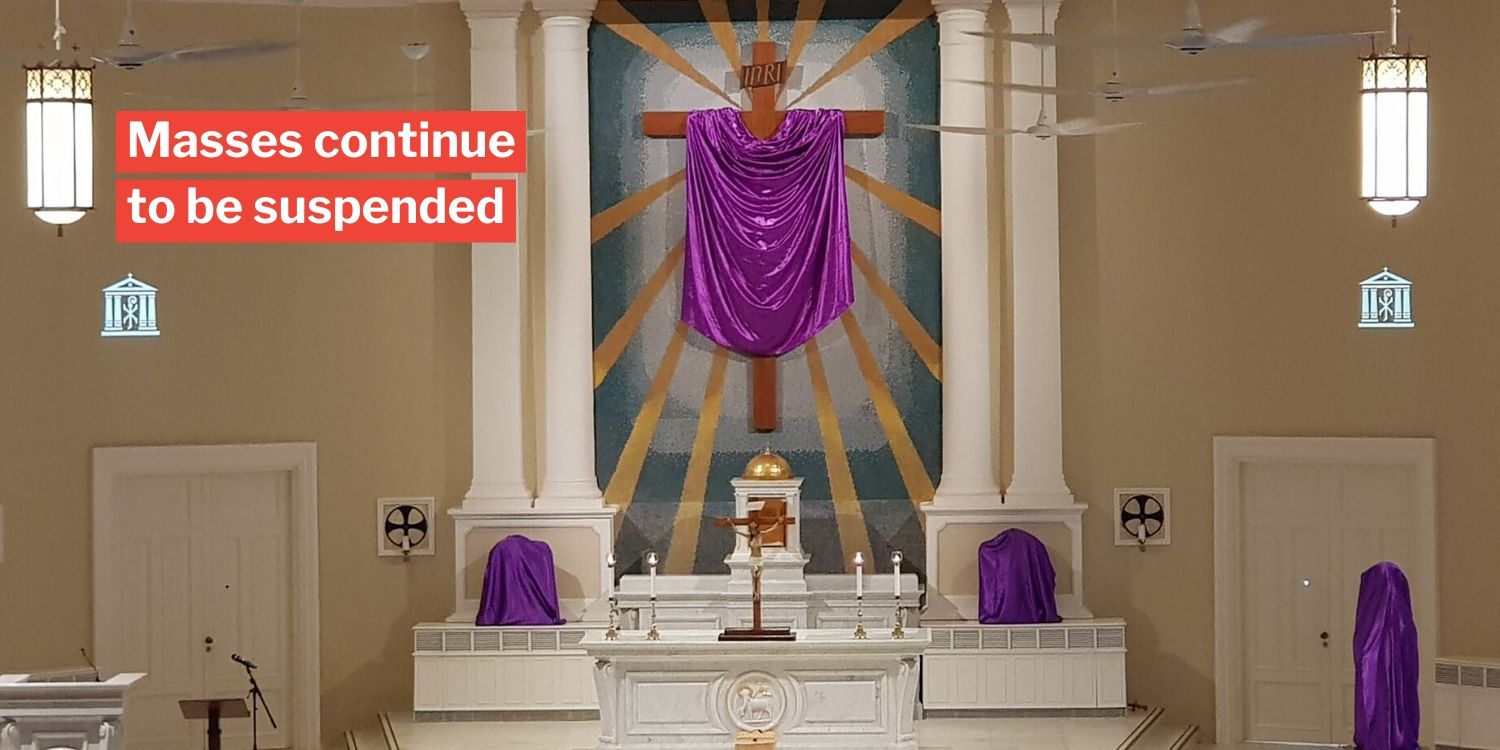 Archbishop Of Singapore Recinds Order To Resume Catholic Masses, As Covid-19 Is Now A Pandemic

When Covid-19 had spread via the congregations of the Grace Assembly Of God Church and The Life Church and Missions, as well as the Shincheonji Church in South Korea, the spotlight was shone squarely on churches in Singapore of any denomination.

Should they continue gathering for services and masses given that the virus could spread very easily in such situations?

So when the Catholic Church decided to resume masses that were previously suspended on 15 Mar, some eyebrows might also have been raised.

However, the Church has now announced that masses will continue to be suspended, instead of resuming from 14 Mar as previously announced. The Roman Catholic Archdiocese of Singapore first broke the news in a Facebook post on Thursday (12 Mar), which quoted a pastoral letter from Archbishop of Singapore William Goh where he cited the “common good” for not proceeding with masses. 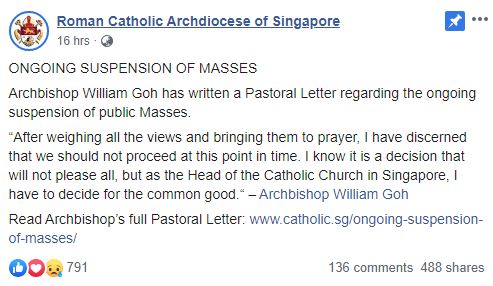 In the statement posted on the website of the Roman Catholic Archdiocese of Singapore, Archbishop Goh said the previous order to resume masses was due to the “stabilised situation” in Singapore.

Since then, however, the situation has become more serious, he said, citing a few reasons why:

As responsible Catholics, we should be mindful that we do not do anything that might further burden the already strained healthcare system. Hence, to protect the larger population, I have decided to rescind the order to resume masses until the situation is much improved and more stabilised.

Acknowledges that some will be disappointed, calls for generous spirit

Noting that some of the faithful will be “greatly disappointed” that masses countinue to be suspended, Archbishop Goh appealed to all Catholics to be “magnanimous, charitable and generous”. 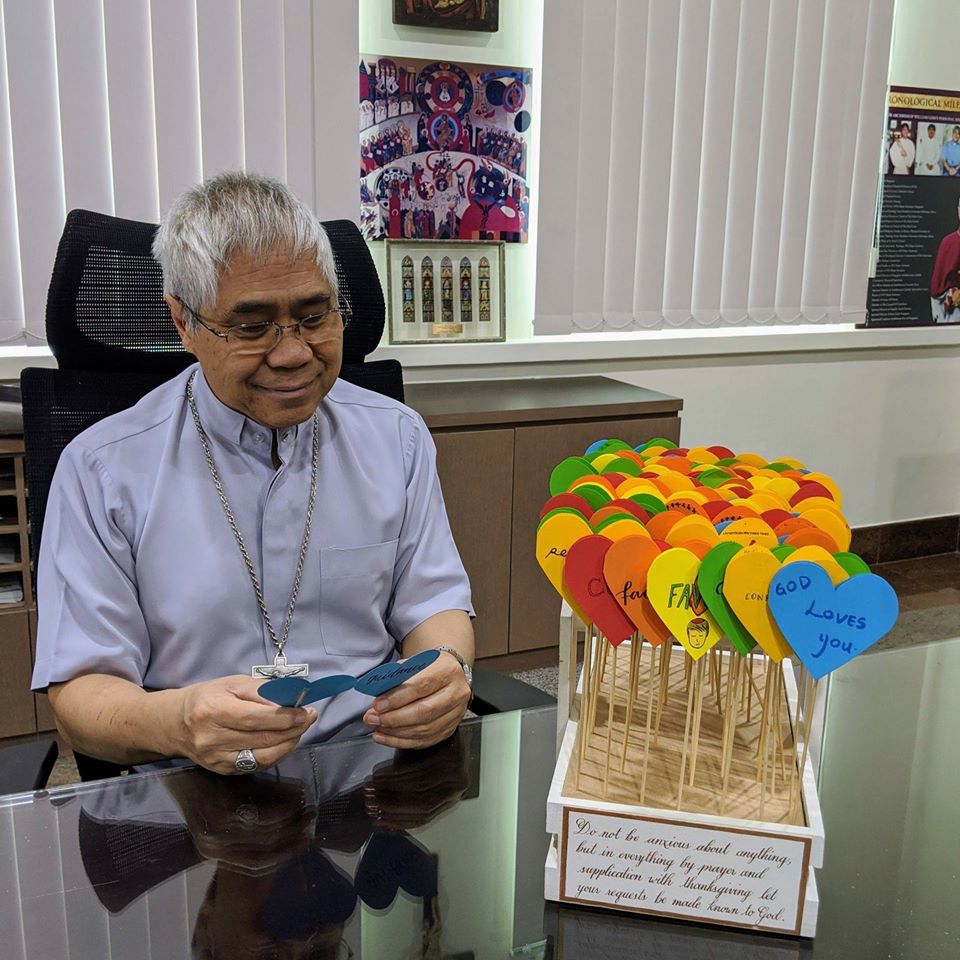 Calling the move to not attend masses the “greatest sacrifice of all”, he also said it was for the greater good of the people in Singapore, adding:

When others see us as being socially responsible, they will appreciate our faith even more because they see us putting Christian charity into action. This is how we show ourselves to be good Catholics.

The reaction to Archbishop Goh’s statement was generally positive, with most supporting the decision.

While the ongoing disruption can’t be easy for the faithful, we think the tough move is necessary to prevent transmission of the virus. After all, all mosques in Singapore have also been closed till 17 Mar.

We hope that these measures, while painful, will help Singapore eradicate virus transmission as soon as possible.