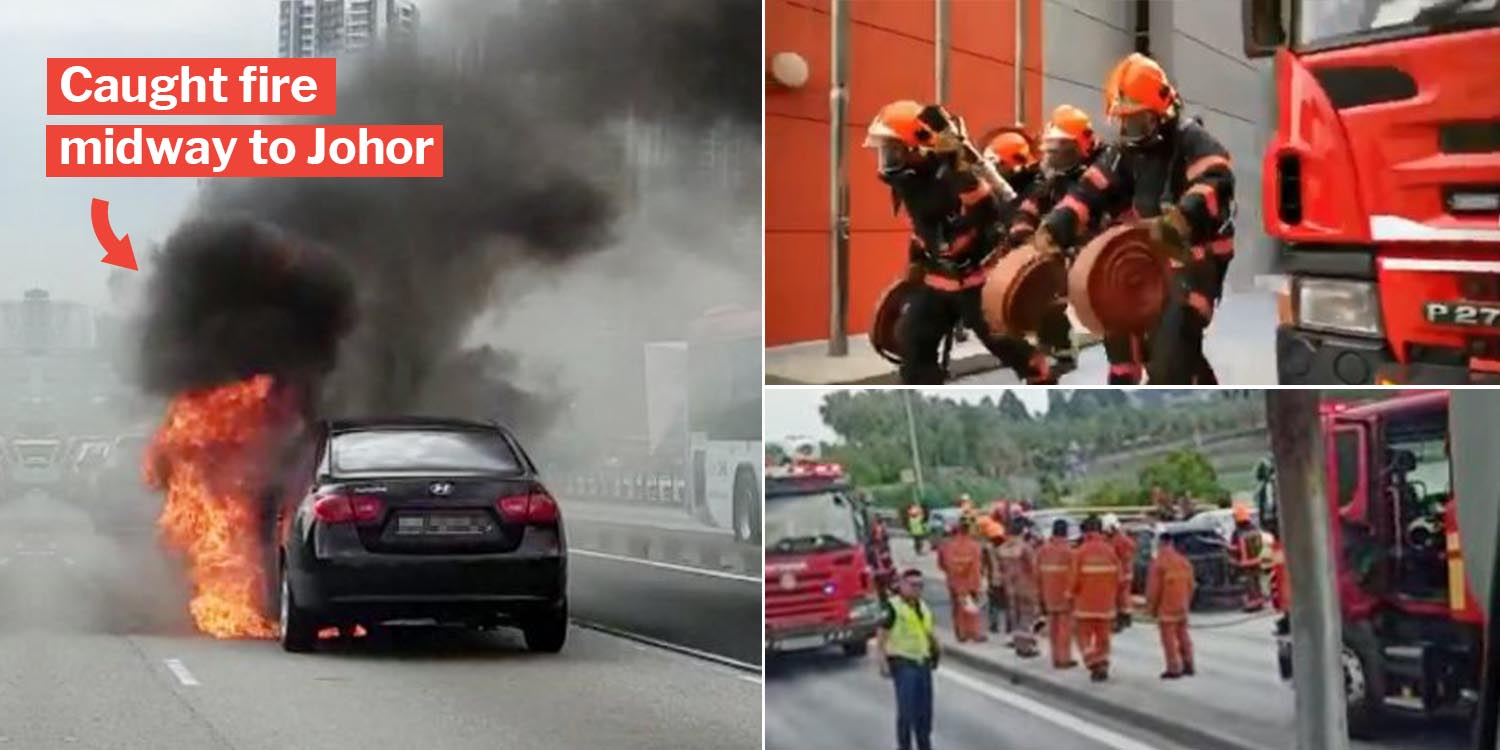 Last Saturday (27 Jul), a Singaporean car spontaneously combusted when travelling along the Causeway to Johor at about 3pm. 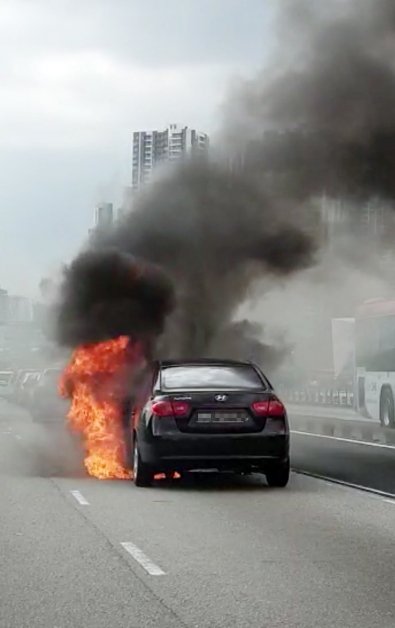 According to Lianhe Wanbao, the car owner – a 20-year-old man –  quickly stumbled out of his burning black Hyundai and ran for his life.

Around 3-4 other car owners rushed over with fire extinguishers and tried to put out the flames. But help swiftly arrived, with both Singaporean and Malaysian firemen coming to the rescue.

They successfully put out the fire in time.

Fire occurred in the middle of Causeway

Lianhe Wanbao reported that 400m out of the 800m-long Johor-Singapore Causeway falls under Singapore’s purview.

Based on videos and photos, the car caught fire in the middle of the Causeway, which is possibly why firemen from both countries rushed to answer the call of duty.

Here are some photos of the incident on social media. 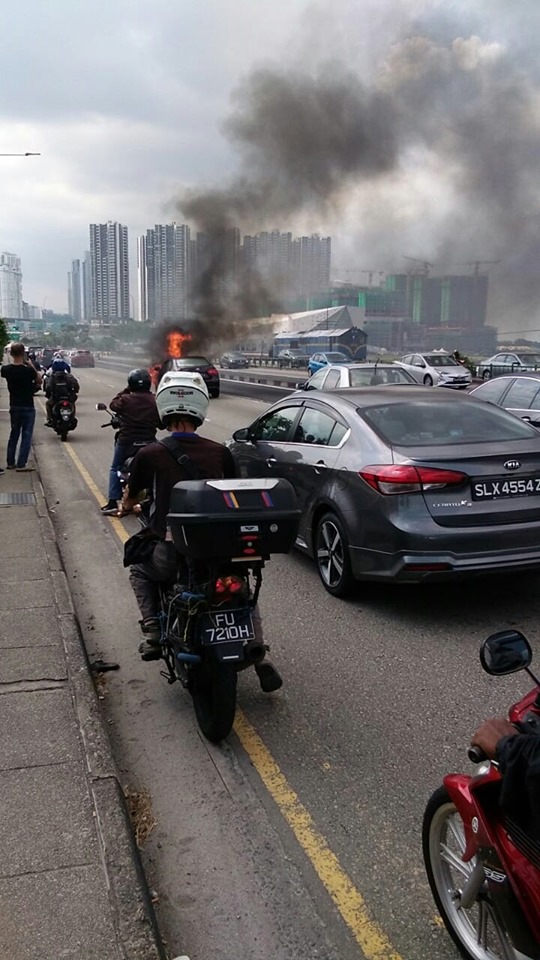 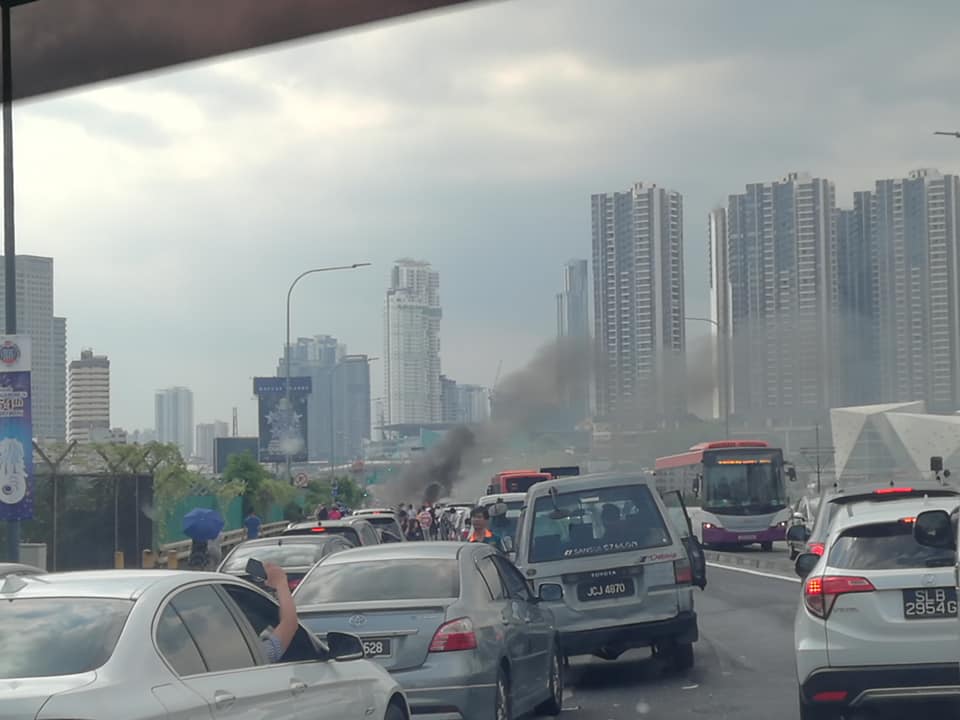 Flames were too intense

A witness at the scene told Lianhe Wanbao that 3-4 car owners came with fire extinguishers to help put out the blaze. 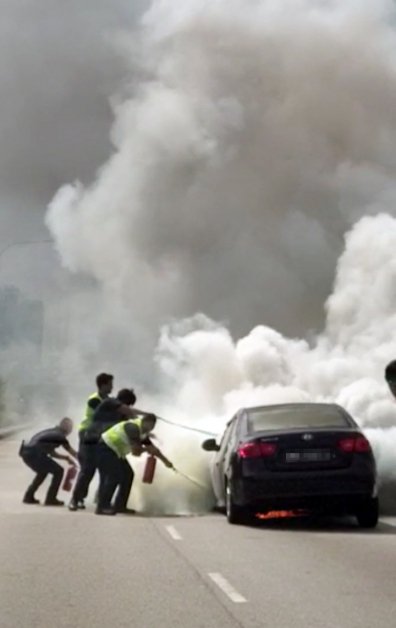 Even with the help of a few checkpoint officers and more fire extinguishers, all of them couldn’t extinguish the fire as it was too intense.

Fortunately, at least 10 SCDF personnel came to the scene and swiftly doused the fire — right before Johor firemen arrived.

Passing motorists captured a video of Johor firemen at the scene. Based on preliminary investigations, SCDF said the black Hyundai had caught fire due to engine problems. Thankfully, no one was hurt in the incident.

Thank you to Singaporean & Malaysian heroes

It’s not every day you get to see heroes from 2 countries come together to save the day.

Although SCDF personnel extinguished the flames in time before Johor firemen arrived, it’s heartening to see lifesavers from 2 countries come together in an emergency.

We are grateful to all firemen and kind car owners for their valiant efforts.